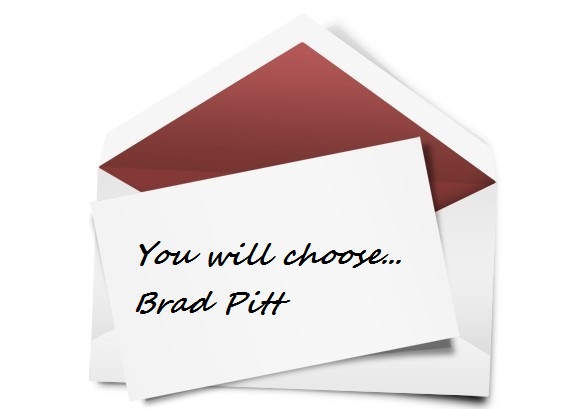 Magic is the alleged defiance of nature and science. The illusion of the impossible, seems possible in stage magic. Magicians for centuries have worked on the art of creating magic tricks whereby paranormal powers and phenomena, have said to be at work. These arts have been used for both entertainment and deceit.

Rational Wiki notes that several of the best-known skeptical authors, including Martin Gardner, James Randi, and Penn & Teller are trained magicians, as is debunker Derren Brown. Skeptical magicians have been critical to exposing the bad behavior of alleged psychics and faith healers; Randi’s two biggest trophies are Uri Geller and Peter Popoff. Randi’s team has, at various times, convinced serious and well-regarded scientists that they are psychic or possess other paranormal powers, while simply using the tricks of a magician. These men, among others, believe that while scientists are generally logical folk, they do not necessarily understand the trickery used by magicians, and can therefore be still fooled by it.

Let’s take a look at a few famous magic tricks and see how they work.

How to Bend a Spoon

To successfully perform this trick, you first need to hide a small silver coin in the palm of your hand.

When you’re ready to ’’bend’’ the spoon, hold the coin in such a way that only the tip of it is visible.

Place the coin on top of the spoon’s handle so that it will look as though you are simply holding the spoon.

Press the oval end of the spoon against the table and try to make an impression of putting a lot of effort into ’’bending’’ the spoon. As you’re doing this, let the handle drop from the back of your hand.

Since the tip of the coin will still be showing, it will look like the spoon is actually starting to bend!

How to Cut a Person In Half

This trick starts with a woman climbing into a box. After some song and dance, the magician starts to saw/cut the woman in half.  What is this sorcery?  How could she survive such an ordeal!?

Here’s the trick:  there’s more than one woman.

Often, the chamber that they sit in is deep, but the audience can’t see this.  This provides both women with room. Sometimes, the magician asks the assistant to wiggle their feet after the cut has already taken place to further enhance the illusion.

If you’ve had the opportunity to travel around the world, then at some point you may have encountered “levitating” street performers.  The “floating man illusion” is usually set up with one or two people.  In both cases, it’s made to look like the performer is floating in mid-air, supporting his or her entire body weight with strength of their hand…

In the one-man version, the mystic will appear to float above a carpet or small garden in the sitting position while holding the top of a rod with his hand.  To the onlooker, he’ll have the strength to do this for hours on end…

Indian yogis claim to have mastered the powers of this “levitation”. In reality, they’ve simply managed to trick unsuspecting bystanders by employing fundamental design principles and little bit of physics.

In short, the floating man illusion is accomplished via the strategic placement of steel rods and plates. And though the performers appear to be defying the laws of physics, the structure is remarkably stable and contains only three parts;  1)  the seat, 2)  the shaft, and 3)  the plate.

Of course, there’s always a rug or garden to cover up the plate, and the street performer would also require long sleeves or baggy clothing to help hide the shaft.

Here’s some variations of the same trick, which work in similar ways:

How the Floating Woman Trick Works

The trick begins with an assistant laying on a table in front of the magician. The audience is amazed when the magician suddenly removes the table and assistant appears to levitate.  The magician will then pull a hoop over the assistant to “prove” there are no devices or strings attached.

There are a few tricks of the trade the magician uses to pull off this crowd favorite.

The woman involved in the trick usually wears a long flowing dress that covers up – you guessed it — a mechanical levitation device hooked onto the magician. It’s up to the magician to distract the audience so they don’t clue into the existence of the device…

That’s where the hula hoop comes in.

To convince the crowd that nothing is attached to the woman, the magician moves a large hula hoop along the length of the woman. The location where the lift device attaches to the magician allows for the ring to pass smoothly over her body.

How Michael Jackson Leaned So Far Forward in “Smooth Criminal”

Remember that fantastic lean Michael Jackson did in the music video for “Smooth Criminal?”  How could pop star defy gravity?

Both in the music video and live performances, Jackson wore custom-made shoes that hooked onto a stage ‘nail.’  Once hooked in, it was easy for him to lean over – way over.  You can see how it works in the GIF below.

How to Pull a Rabbit out of a Hat

This is probably the most common and well-known magic tricks -pulling a rabbit out of a hat!  Rabbits are hard to hide – it’s not like you can have a false compartment in the hat that fits a fully grown rabbit.

The solution is deceptively simple.

Hide the rabbit from a cloth sac at the edge of the table.

Of course, in addition to sac, rabbit, and hat, a tablecloth is also needed for this trick.

While the magician shows the crowd that the top hat is completely empty, a rabbit is fully hanging from a cloth sac under the tablecloth.  It takes practice since the difficult part of this trick comes when you lift the hat and slide the rabbit into it from underneath, placing the hat upside down, and then pulling the rabbit out.

Here’s the trick:  What the audience didn’t know is that they were actually positioned on a giant lazy-susan! After the audience initially looked at the statue, they slowly rotated around to a point where it was no longer visible. Wouldn’t they notice that they were being rotated? No, because it was very slow, and because it was set up so that the illusion  occurred in a location at night with relatively few noticeable landmarks.

After the stage finished rotating, Copperfield dropped the curtain and the crowd gasped in amazement that he made the Statue of Liberty disappear.

How to Make Smoke Rise From Your Fingers

Take a matchbox and cut out one of it’s striker sides.

Separate the actual flammable surface from the cardboard lining. Fold the resulting strip in two and light it up.

Let the strip burn, then discard it and collect the residue produced by the burning. This white phosphorus residue is what you’ll need to perform the trick! Slowly rub it onto your thumb and index fingers.

Now all you need to do is to rub your fingers together to make them smoke!  BTW – be sure to wash your hands when you’re done…

How to Guess a Celebrity Name in a Sealed Envelope

This is one magic trick you can easily do at a party.

Before you start, write on a piece of paper, “You will choose…” plus the name of a famous celebrity (for example, Brad Pitt).  Make sure it’s someone your audience knows!  Seal it in an envelope.

You will also need a notepad, a pen, a hat, and a box or bag to put pieces of paper in.

Place a hat on the table in front of you.  Put the envelope next to it, saying there’s a prediction in it…

Sit back with a notepad and ask people to call out the names of celebrities. When someone suggests a name, pretend to write it down, but instead write the name you put in the envelope.  Tear off the sheet of paper, fold it up, and put it in the hat.  Nobody should see what you’re writing!

Ask for more names, but write the same one each time (ie: Brad Pitt).  Stop when you have ten or more pieces of paper in the hat and when someone has called out the name of the person in the envelope.  The more names in the hat, the better the illusion.

Now ask a volunteer to choose a piece of paper from the hat and read out the name (knowing that they will definitely pick “Brad Pitt”, in our example).

Emphasize that there’s no way you could know which name they’d pick.  Now ask them to open the envelope and see your prediction – it’s Brad Pitt!

Take it up a notch:  put photo of the person in the envelope instead of writing their name.