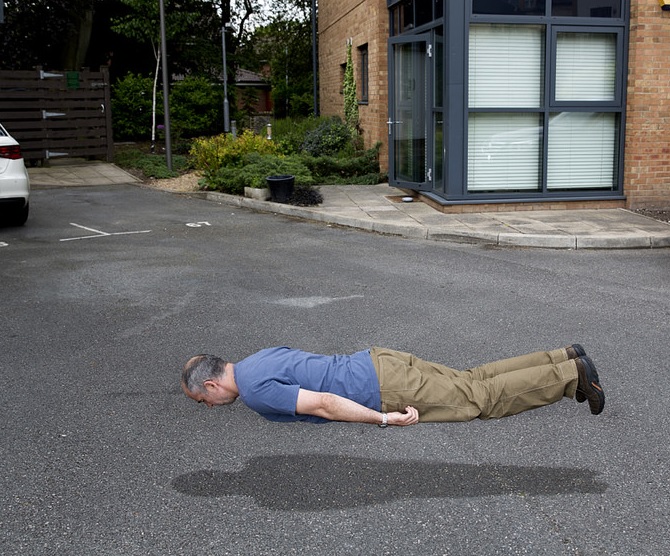 You may have encountered performers ‘levitating’ on the streets, in your travels around the world. Although it seems ghastly unnatural, the floating man illusion is usually set-up with one or two people. The performer seems as though he is hovering in mid-air, with his entire body weight supported by the strength of one hand…

In the one-man version, the mystic will appear to float above a carpet or small garden in the sitting position while holding the top of a rod with his hand.  To the onlooker, he’ll have the strength to do this for hours on end… 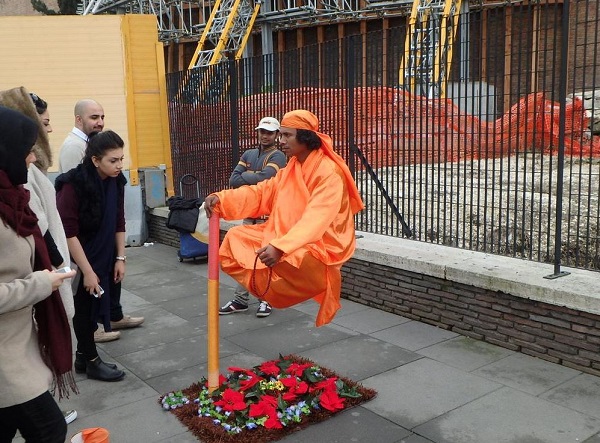 Indian yogis claim to have mastered the powers of this “levitation”. In reality, they’ve simply managed to trick unsuspecting bystanders by employing fundamental design principles and little bit of physics.

In short, the floating man illusion is accomplished via the strategic placement of steel rods and plates. And though the performers appear to be defying the laws of physics, the structure is remarkably stable and contains only three parts;  1)  the seat, 2)  the shaft, and 3)  the plate.  Of course, there’s always a rug or garden to cover up the plate, and the street performer would also require long sleeves or baggy clothing to help hide the shaft.

Here’s an image from 22 Words that shows how the one-man version of the illusion works: 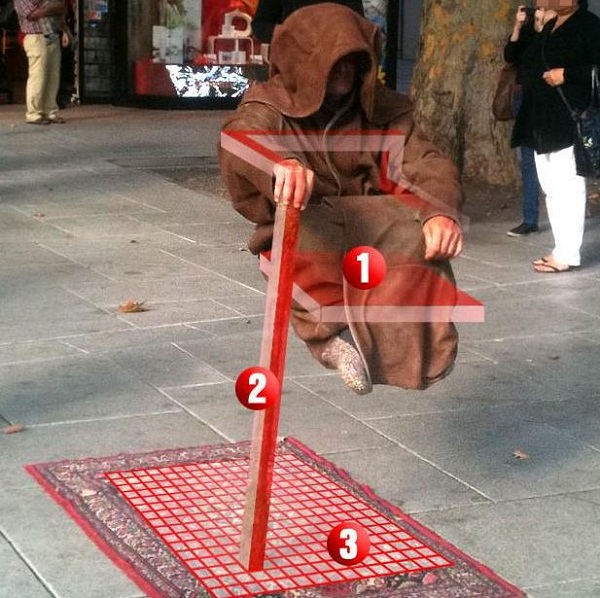 The illusion is sometimes presented with two people:  one on the bottom holding a rod up in the air, and another floating on top, holding the top of the same rod.

The visual is quite striking: 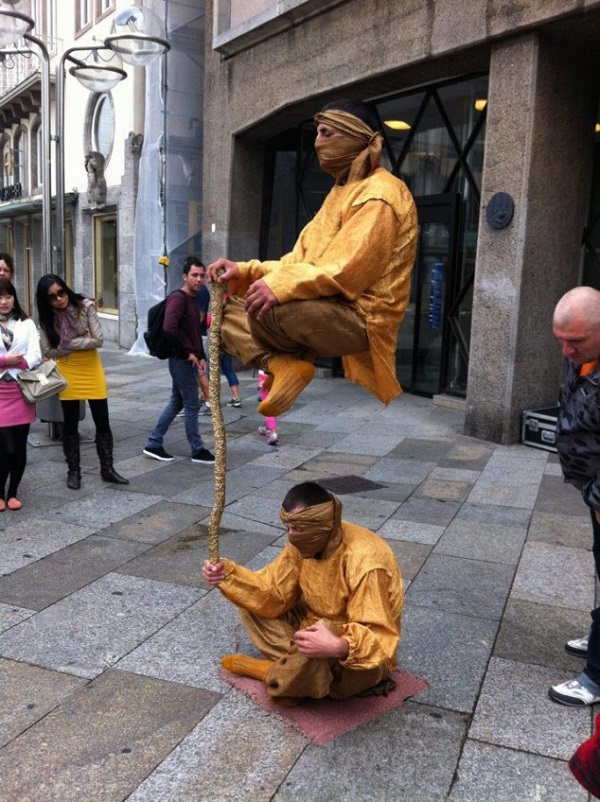 Again, the solution is straightforward and very similar to the one-man version.  No secret powers of the mind here – just plain physics. 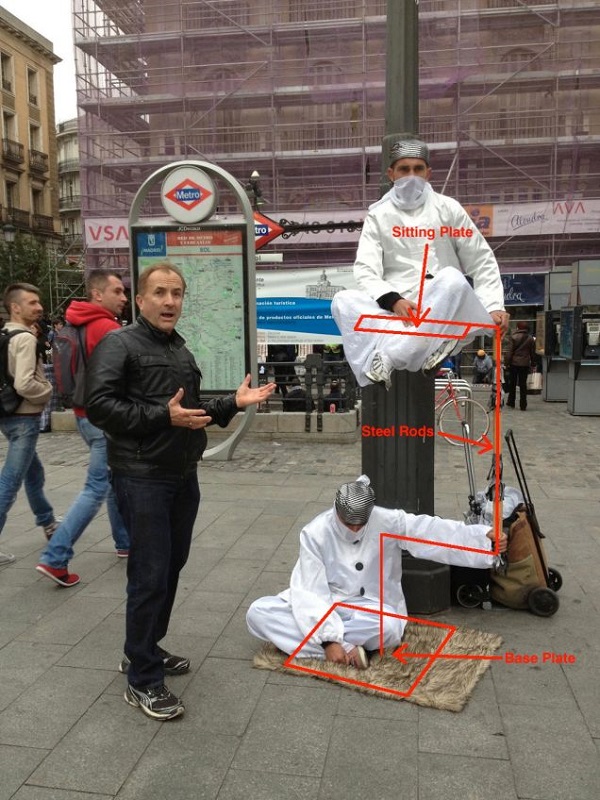 If you’re still doubting how it works, watch this short video:

Now, if you’re looking too fool your friends into thinking you have the power to levitate, and you’re planning on showing them proof with a picture, here’s the easiest way to do it.  All you need is some water (or an existing oil stain), dry pavement, and someone to take the picture for you.

Place the water on the ground to create your “shadow”.  Stand a few inches behind it (you could even lie down next to it).  Have someone take a picture of you from a few feet away.

The effect is striking, and should look something like this: 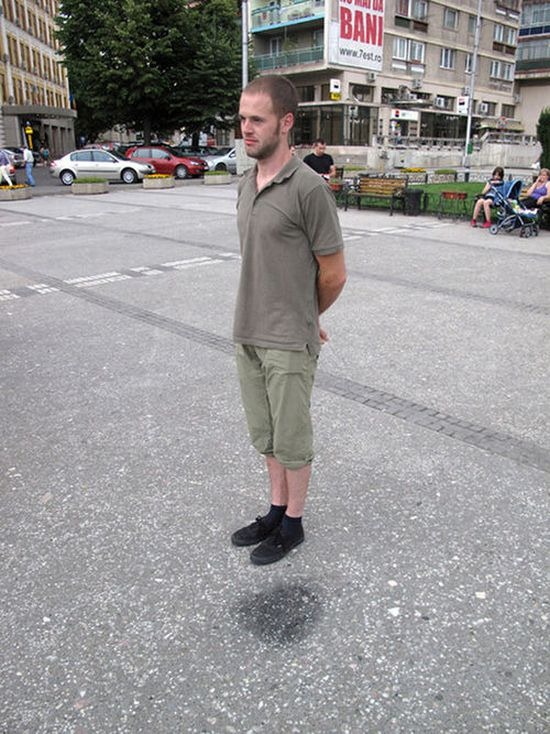 How to fool your friends into thinking you can levitate

This man is “floating” in mid air. Notice only his torso is actually touching the pavement. His head is slightly elevated, as are is legs below the knees…