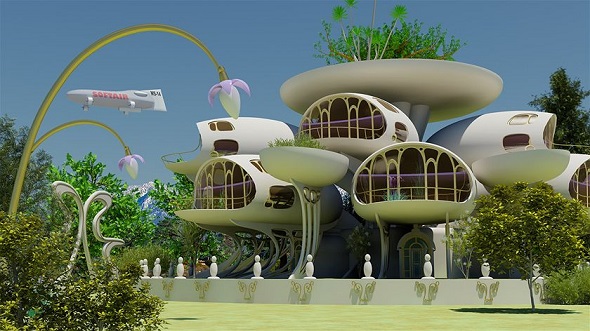 Science-fiction often explores the relationships between humans and the technology they employ.  Cyberpunk works, such as the groundbreaking Neuromancer by William Gibson and Snow Crash by Neal Stephenson, foresaw many of the changes that actually became reality with the growth of the Internet. Steampunk, by contrast, hearkens back to the 19th century and explores the potentialities latent in using steam as a means of power – possibilities that were largely bypassed in the real world in favor of electricity. Because it’s essentially an exercise in alternate history, steampunk tends to have a vaguely Victorian and old-school atmosphere.  More recently, solarpunk has entered into the mix. 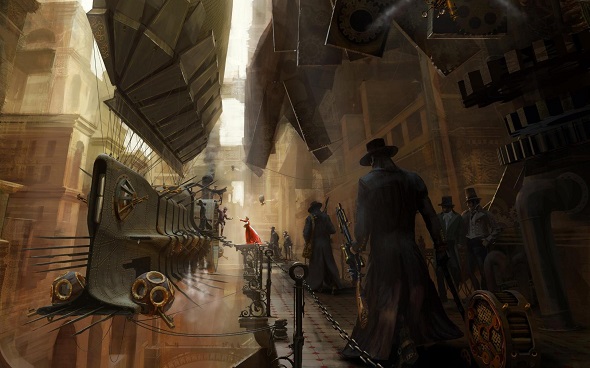 As society evolves, so too do its fictional portrayals of the world, and there’s a new school of science-fiction called solarpunk that’s interested in how renewable and green tech will transform our lives. It’s unclear who first coined the term “solarpunk” as it seems to have sprung up independently on several blogs, Twitter posts and other online forums. 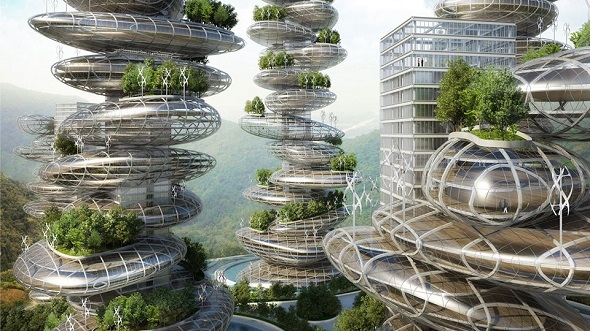 Rather than positing new technologies and hitherto unknown scientific principles, solarpunk envisions careful stewardship of environmental resources combined with the widespread deployment of clean energy infrastructure to meet humanity’s energy needs in the near future. Politics, economics and social organization would have to change because the way we currently run things is unsustainable and ultimately destructive. This is where the “punk” part of solarpunk comes into play: Adherents advocate rejecting and rebelling against the current mainstream because the powers that be aren’t interested in altering the very situations that have seen them gain wealth and prestige. 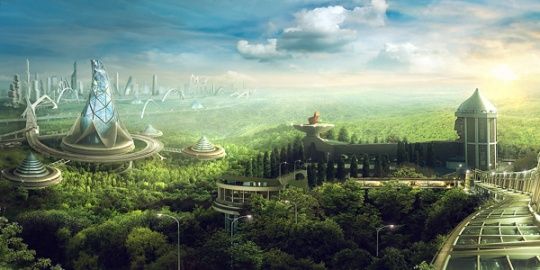 Unlike cyberpunk and steampunk, which mostly have a dark, dystopian feel to them, solarpunk is essentially an optimistic movement. The message is that the sun will provide for all our needs – a message that would have been as relevant in early agricultural societies as it is today. Many of the predictions of cyberpunk have more or less come to pass while steampunk deals with historical contingencies that have little or no relevance to our actual world. These two genres seem to be running out of things to say while solarpunk is poised to address energy crises and environmental concerns that are increasingly in the public spotlight with the march of global warming and pollution.

Solarpunk is a relatively new melange of ideas, so works that are self-consciously labeled as belonging to the genre are rather rare. Past literature that seems to have pointed the way towards the present understanding of solarpunk includes Kim Stanley Robinson‘s Mars series, which deals with the terraforming of the red planet, and Octavia Butler‘s Parable of the Sower, in which a hyper-empathic woman founds a potentially transformative religion in the aftermath of the collapse of the government. Author RoAnna Sylver has stated that her Chameleon Moon series – the first book of which is rated 5-stars on Amazon – was inspired by the solarpunk paradigm. Though Chameleon Moon is set in an environment that could be rightly termed dystopian, a feeling of hope and optimism about the future pervades the story. 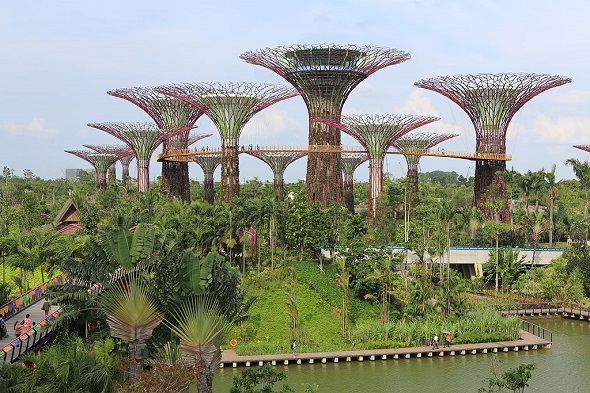 As opposed to most mainstream science-fiction, solarpunk is all about advances in thinking and human behavior that could be implemented in just a few years or even in the present day. For example, people can wean themselves off of the electric grid right now, ending their dependence on polluting energy companies. The combination of cheap solar panels and batteries that enable the time-shifting of electricity consumption mean that this little part of the solarpunk dream is rapidly turning into reality.

The solarpunk ethos couldn’t come at a better time than the present. According to Alberta Gas, 31 percent of greenhouse gas emissions in the United State in 2013 came from the electricity production sector, and a whopping 77 percent of these emissions were the result of burning coal for energy. We need to take action to reduce this problem before global warming reaches catastrophic proportions.

Solarpunk could make valuable contributions to the literary, social and political scenes. While the genre is still in its infancy, as it matures, it could point the way towards a more sustainable future. Facts are important, but the imagination should not be discounted. By realistically illustrating possibilities and options for sustainable development, solarpunk will serve to inform and persuade even as it entertains.