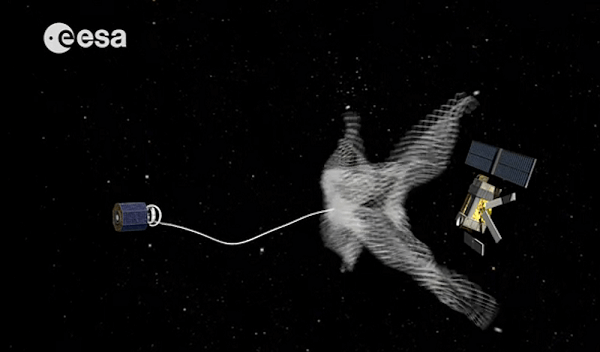 Orbital debris or space junk is any man-made object orbiting the Earth but no longer serves a useful function. It is the collection of defunct satellites, spent rocket stages, and other materials launched into Earth’s orbit and remaining there still, waiting to drift into our planet’s atmosphere and burn up.

Space debris poses a rising danger to all space vehicles including the International Space Station, space shuttles, and other manned spacecraft. Collision damage on satellites can impact global communication, weather forecasting, wireless internet coverage, and longer term satellite imagery that aids in mapping climate change, disaster prevention and relief. The danger of this space debris impacting the ISS is continually assessed by USSTRATCOM at Vandenberg Air Force Base and debris avoidance maneuvers are the joint responsibility of mission control centers in Houston and Moscow. 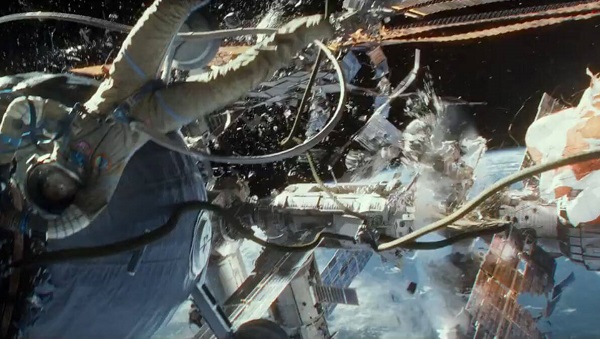 There have been only a few portrayals of space junk in television and film with the most popular and recent being the 2013 film Gravity. Sandra Bullock stars as an astronaut that has been stranded in space due to space junk causing the destruction of her space shuttle. This collision from high-speed debris ultimately kills the rest of her crew. The 2003 anime Planetes shows space-based garbage collection, and thus, collision prevention as a necessary part of maintaining order in the space environment for satellites and space transportation. In each of these examples of pop culture, the underlying reality is accurately portrayed and showcases the very real threat of space debris.

The outcome of space debris seems dark if nothing is done to prevent or erase it. The Kessler Syndrome refers to the likelihood that ever more pieces of debris will clutter low Earth orbit, colliding and generating many more smaller pieces in orbit. Because the rate at which space debris is multiplied in orbital collisions is greater than the rate at which atmospheric drag will cause their orbits to decay and burn up in the atmosphere, self-sustaining debris congestion will eventually clog low earth orbit. This would pose even more hazards to essential telecommunications and remote sensing satellites.

What Can Be Done?

To mitigate the problem of space junk, the European Space Agency (ESA) is working on a mission called “e.Deorbit” that is aimed at removing a large European satellites from space. ESA will start asking satellite builders for new designs to remove satellites from orbit at the end of their working lives, and commercial companies such as Planet Labs and OneWeb have also committed to tackling the space junk problem in the public domain. In addition, Japan now has a program of Orbital Maintenance Systems that aims to de-orbit, refuel and repair old or defunct spacecraft to address the problem of orbital debris.

NASA cooperates with the DOD in characterizing the satellite and orbital debris environment using DOD’s Space Surveillance Network which tracks over 21,000 objects in low Earth and geosynchronous orbit. Debris shields effectively withstand collisions with particles smaller than 1 centimeter whereas larger debris are handled by mission control centers in Houston or Moscow.

This isn’t to say that all space technology is a threat or inherently bad for humanity. Such technology includes solar panels that have proven an important source of renewable energy to replace burning fossils fuels for electric power. According to Ohio Gas, using these sustainable resources are a vital step in creating a healthier environment and preventing climate change and global warming. In addition, remote sensing satellites in low earth orbit have been instrumental in mirroring both the status of the Earth’s environment and those locations where planetary resources are available to provide cleaner, greener solar and wind energy to inhabitants.

Cleaning up this orbital debris is essential to preserving services such as long-term weather prediction, remote sensing imagery for disaster prevention and relief, and mapping climate change. The Kessler Syndrome predicts that failing to clear up the orbital debris will severely impact those essential services upon which human society now depends.