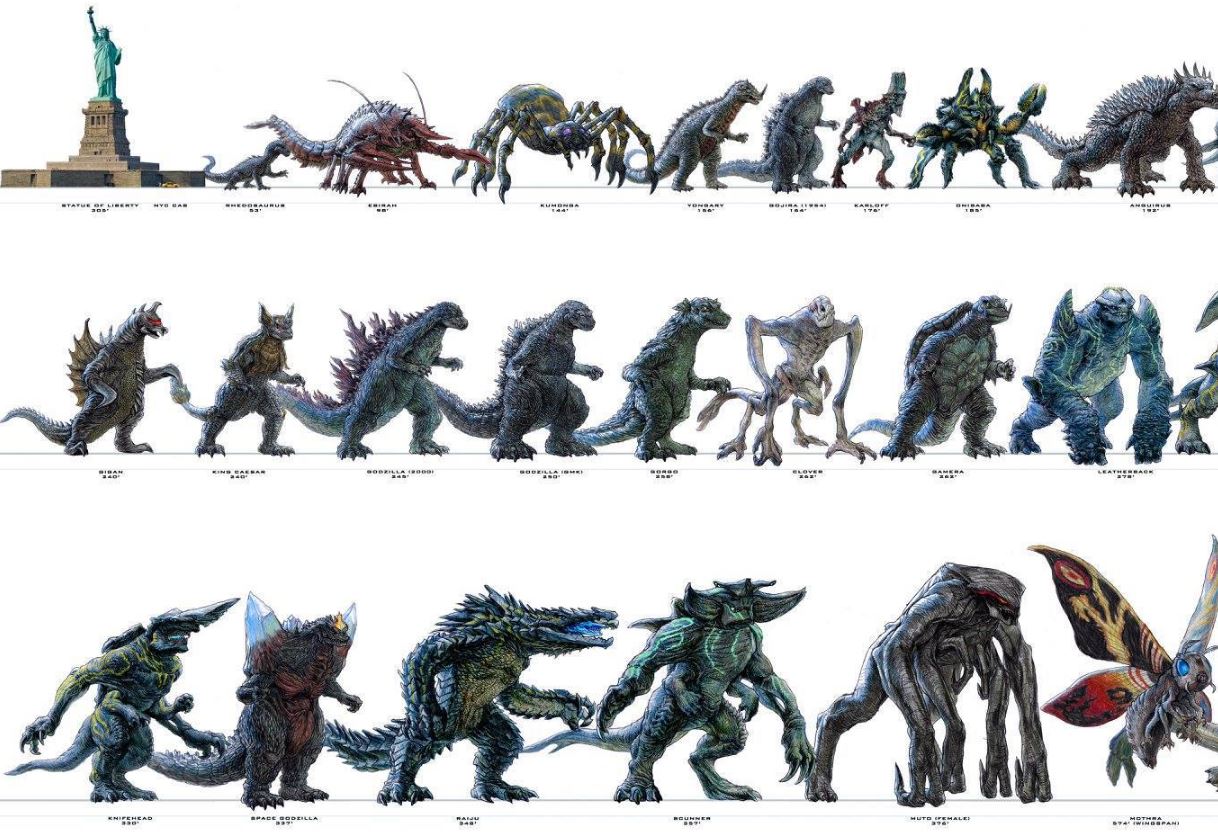 Kaiju is a strange fictional beast. Its a sub-genre of Japanese Tokusatsu which is dedicated to drama and action packed television using special effects. Creatures invade cities destroying everything in their wake. The giant creatures often become the antagonists of the shows, battling other beasts.

The 1933 classic King Kong is the first movie which featured a Kaiju. Other monster-centered movies drew inspiration from this film’s visual effects and storyline. Producers continued with this genre through the years. These monster films attracted a lukewarm following until they hit the jackpot back in 1954.

Godzilla, the King of the Monsters unleashed its ferocious power in the box office in 1954. The main staple in today’s pop culture, Godzilla spawned a series of successful sequels and spin-offs. In these movies, this towering beast did not only engage with humans. But it sided with men and slew a multitude of strange monsters.

Godzilla and its Rival Kaiju Monsters

Since Godzilla’s debut in 1954, it conquered innumerable monsters in its career. With 33 films under its belt, Anguirus was the first monster that Godzilla faced as a protagonist. He was no match to Godzilla’s ferocity but Anguirus’ fighting spirit was worth mentioning. Another top-notch opponent was actually born from Godzilla’s DNA. Biollante was the heaviest creature in the monster universe. Its size made Biollante menacing. Lastly, Mothra was the beast of all Kaiju. Mothra was part of 11 Godzilla movies before it starred in its own film.

Until now, Godzilla and the Kaiju are well-loved by the audience. In 2013, the action-packed, popular film, Pacific Rim revived people’s interest in beast movies. Shin Godzilla also reprised its role in Japanese theatres in July 2016. Additionally, Godzilla’s predecessor King Kong made a comeback in 2017 with its reboot Kong: Skull Island.

Still clamoring for more fun and interesting trivia about these giant monsters? The infographic below will give you a better view of the Kaiju.

Warning: Some of the language in this infographic is not suitable for kids. So if you’re offended by f-bombs, just look at the pictures.

If you want more of these monsters, then you’ll want to check out the ultimate Kaiju Size Chart: