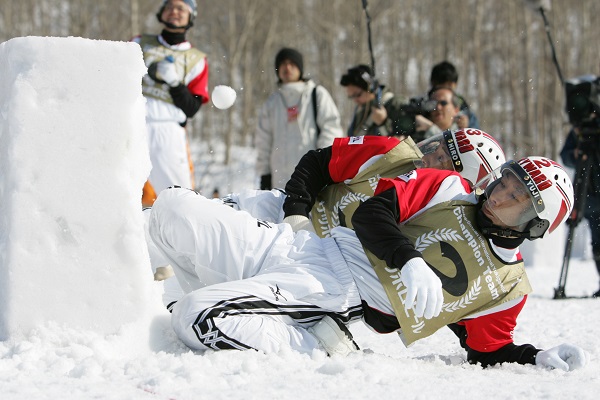 It’s natural for humans to make a game out of exercising:  hitting balls with bats, throwing them into baskets and to each other, hitting pucks with sticks, and many more.  But conventional sports like basketball or soccer don’t always offer the sportiest people what they need or want. So, naturally new games are constantly being invented. In some cases, people create sports which become popular and spread worldwide, but in other situations, people develop sports games what can only be called… bizarre.  Here are five extraordinary (and, one could say, “unconventional”) games which are popular in a few countries.  Maybe the next time you’re traveling to one of these destinations, you could try one out. 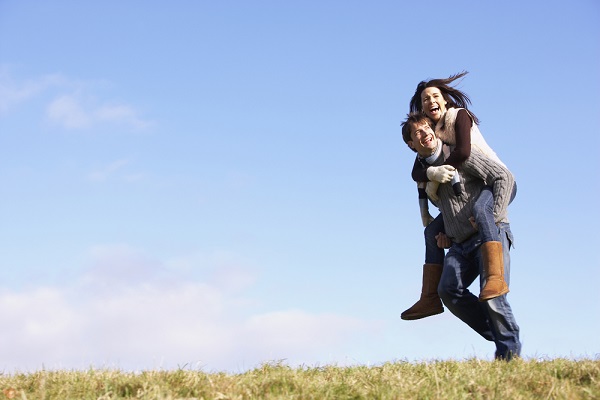 If you’re happily married and would like to exercise with your spouse, consider trying out the sport of wife-carrying, which originated in Finland. Sometimes also called “wife running”, this sport is an annual competition where husbands run an obstacle course while carrying their wives on their backs.

The fastest husband gets as much beer as his wife’s weight, so the bigger the wife is, the more one can win. Men have created many different carrier techniques and usually start preparing for the coming competition well before the event. Amazingly, this sport has spread to other countries, including the United States, so you can compete in your hometown. 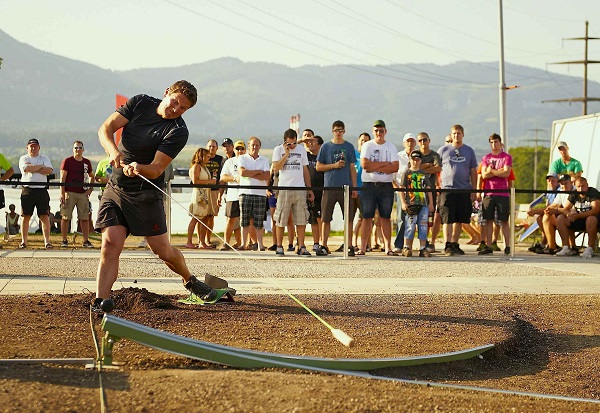 Another bizarre game which originates in Switzerland is known as “hornussen”. A puck, the “hornuss” (also known as a hornet), is tossed into the air by a striker, who hits the puck with a whip. The players on the opposing team try to knock the puck out of the air with large placards on long sticks. Usually, teams consist of 18 players and games are played in 4 quarters. Although Hornussen is an old sport with references  as old as 1625, it became more popular in Switzerland only in 2010. 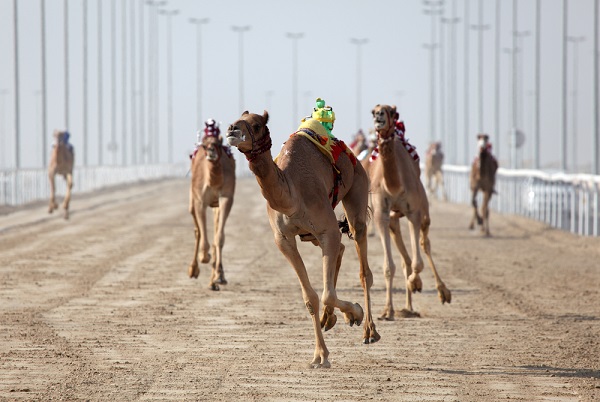 When we think about Australia, we don’t usually think about camels. Spiders, venomous snakes, and crocodiles, yes… but camels?   There are two significant events which are all about these desert animals. The first one is the so-called Camel Cup, which is held each year, and the other is the Boulia Desert Sands, which is played in Queensland.

During these events, the fastest camels and riders compete for the top spot. And of course, during the race or in between others, there are camel beauty pageants… as you’d expect.  Competitors often come from areas of the Middle East, such as Bahrain, Jordan, Qatar and Saudi Arabia. 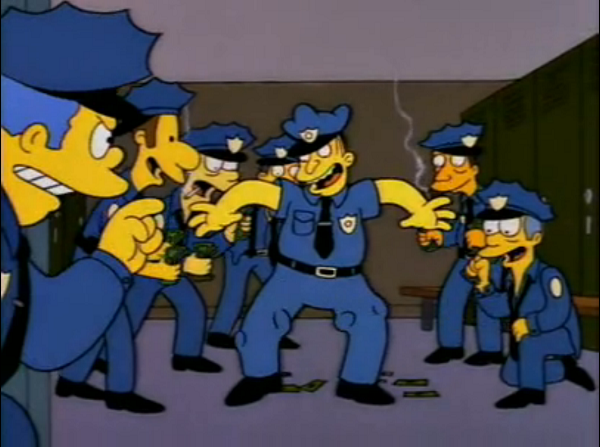 Another “sport” which can easily be categorized as weird, is believed to have originated from Yorkshire, where it was played among coal miners in the 1970s. The sport is really more of a stamina test than anything else, since competitors place live ferrets in their pants and trap them there to stay as long as possible. The one who can keep the ferret in their pants longest wins. The world record is 5 and half hours, so you know what to strive for should you decide to try it!

Yukigassen is a sport where you can channel your inner child to play in a huge snowball fight. It originated in Hokkaido, Japan and is played between two teams, each with seven players. Similar to dodge-ball, the rules here are pretty simple:   when a player is hit with a snowball, he or she is eliminated from the game.

Players wear helmets with face shields to protect themselves from injuries because naturally it can be pretty dangerous when people are playing their hearts out (so make sure you’re prepared: these Amazon coupons might come in handy). Competitions are held in Finland, Norway, Sweden, Australia, Canada, Russia and Alaska.  The epic World Championship takes place in Sobetsu, Hokkaido, every year.