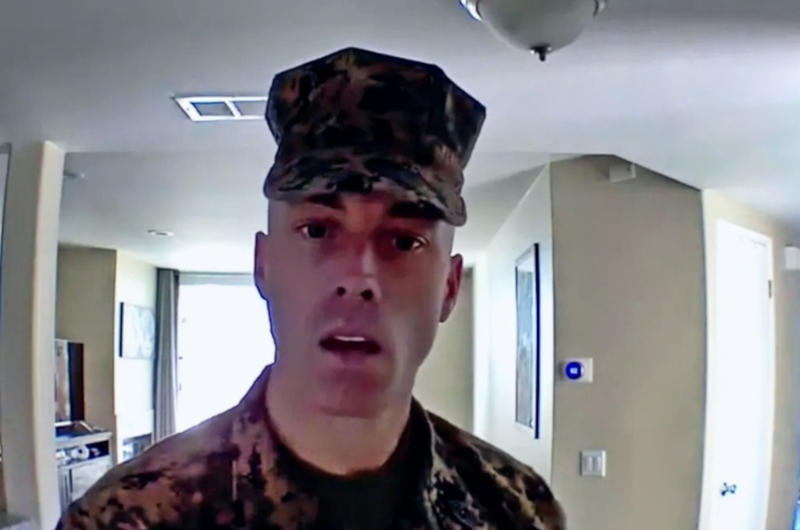 She knew she had two options, stand her ground or give in.

But because of who it was in that doorway, she knew that they would try everything to turn a no into a yes. Her body was screaming at her to run, but she wouldn’t get very far. But then she thought of a plan. 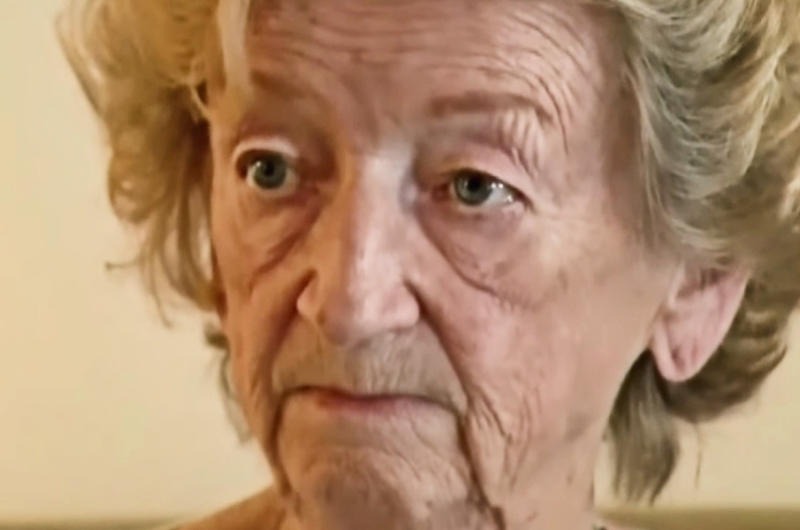 Ethel Mills was a woman at the age of 60 and had mixed feelings when people showed up on her doorstep, they could be good or bad.

She loved the company more than anything else, it changed things up for her even if it was just small talk. But anyone could arrive on her doorstep, just like on Thursday evening.

These days it was hard to find a door-to-door salesman, but Ethel remembers when they used to run rampant throughout the country. It was a different time.

So Ethel was more than shocked when she saw just such a man on her doorstep, he locked eyes with her and grinned as he went to shake her hand and say, “Hello, ma’am. I’m from Markems Home Services.”

The man started with pleasant small talk that evolved into his pitch, “Carpet cleaning services are often though as a last resort.”

The man explained to Ethel that they could give her square-footage-evaluations for and even a rug clean for free. The moment she heard “free” her ears pricked up.

She felt a bad feeling about this… something wasn’t quite right.

She didn’t really want to invite the man into her house. She didn’t know him and he could have been lying. It may have been too good to be true and she knew it.

She smiled back at the man and let him down easily. She did say that she’d take his card and give it consideration.

The man insisted, he said that the service was free and wouldn’t take too long. When she tried to close the door politely he put his foot in the doorway.

She didn’t like pushy salespeople, but she also understood where they came from.

She knew that they needed to put food on their table. But she just felt something about this man and she couldn’t quite put her finger on it.

Even though Ethel was old now and her body wasn’t what it used to be, she knew that her mind was as sharp as ever.

The salesman stood in the doorframe, his body blocking her from closing it. Maybe he thought that she was an easy target because of her age? She formulated a plan.

“I don’t really have anything that needs that kind of cleaning at the moment,” she insisted, trying to make sure he couldn’t hear the nervousness in her voice.

The man didn’t seem to like that answer. “But come to think of it, my property next door could use a good sprucing up.” His smile came back as she escorted him down the walkway to the next house.

Mills pulled out her keys as if she was going to open the door. But instead of reaching for the lock, she rang the doorbell.

She could hear someone approaching, and she knew exactly who it was. The door swung open, and a towering man stood before them. The salesman’s face turned pale.

It wasn’t just the neighbor’s impressive height that was intimidating.

It was the bulk of muscles, chiselled face, and no-nonsense demeanor that would send anyone running to the hills. For a wonderful, extra bonus he was still in part of his military uniform. Mills immediately explained what was going on.

“Really?” her Marine neighbor asked, raising an eyebrow. With one swift movement, he reached out and grabbed the man by the collar.

“I think we should wait here while the cops show up. You know, just in case.” The salesman tried to squirm free and claim he was just collecting on a “cleaning debt”, but one menacing glare from the neighbor mad him freeze.

I’ll Take It From Here

“It’s okay, Mrs. Mill. You can go back home and wait,” the neighbor said with a warm smile.

To any decent person, this Marine was the nicest, most helpful person you would ever meet. He was always there to help her with difficult chores or just to say hello.

However, if someone was not a good person, it was a quick shift in attitude.

The day ended with the man being taken away by police for questioning. Apparently there had been problems in their area with one particular scam that had left more than one person devastated.

The free cleaning was just a ruse to case whatever target the criminals wanted to rob.

Mills chuckled at her own cleverness, as well as the unforgettable image of the “salesman” dangling helplessly from her neighbor’s grip.