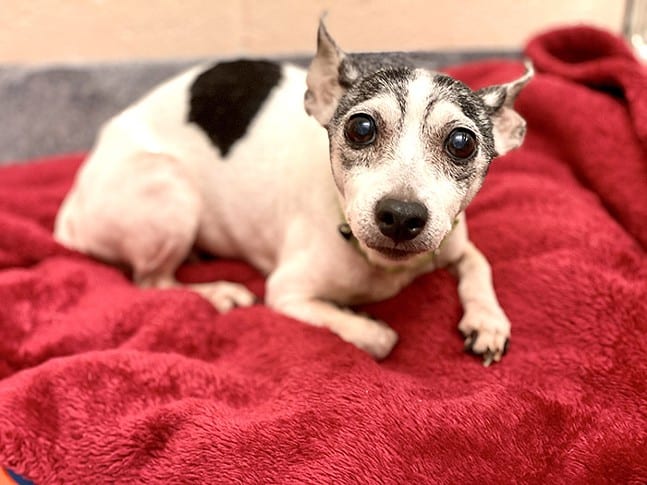 In 2007, a Fox Terrier named Dutchess disappeared from her home in Orlando.

Her owner, Katheryn Strang, assumed that she would never see her beloved fur baby again. Twelve long years later, Dutchess was a distant but fond memory. Then, a phone call changed everything. 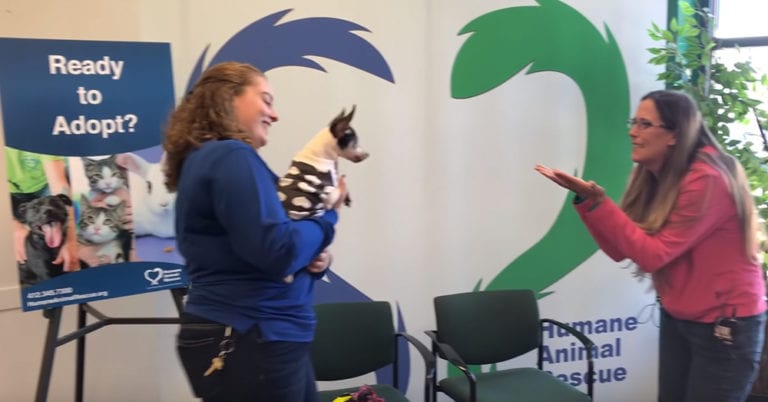 A Pittsburgh man discovered an old, senior dog under his shed. The dog was shivering and cold so he picked it up and took it to the local Humane Animal Rescue. There, workers examined the dog and discovered that it had a microchip. They scanned the chip and have since managed to reunite it with the owner. 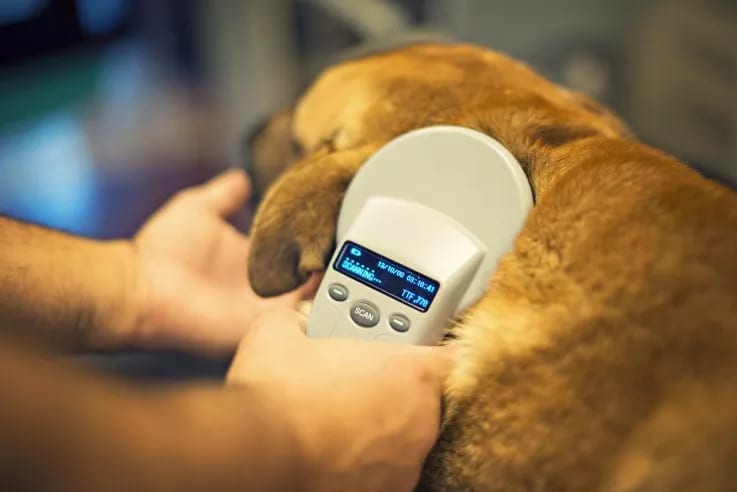 The scan of the microchip revealed that the owner’s address was in Florida. The staff at the shelter assumed that the owner must have recently moved to Pittsburgh. They dialed the number provided by the chip and reached a woman named Katheryn Strang who lived more than 1,000 miles away. 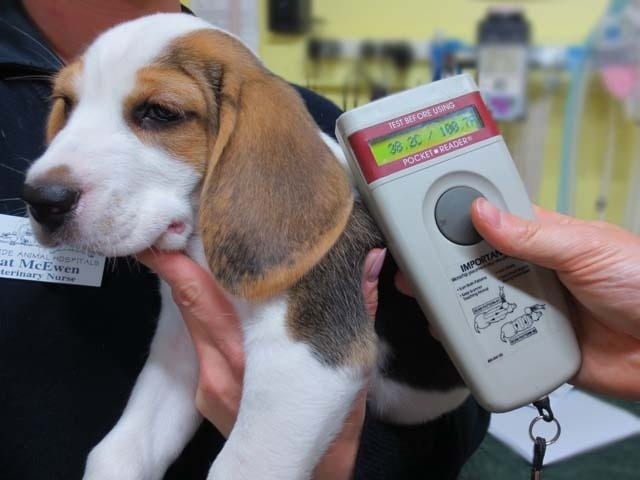 “The whole story kind of unfolded while we were on the phone,” staff at the Humane Animal Rescue said. “And we were equally excited and shocked and surprised.” It turned out that the lost dog was, in fact, Dutchess. For more than a decade, Dutchess had survived, ending up so far from home. Strang was now living in Boca Raton and couldn’t believe her ears. 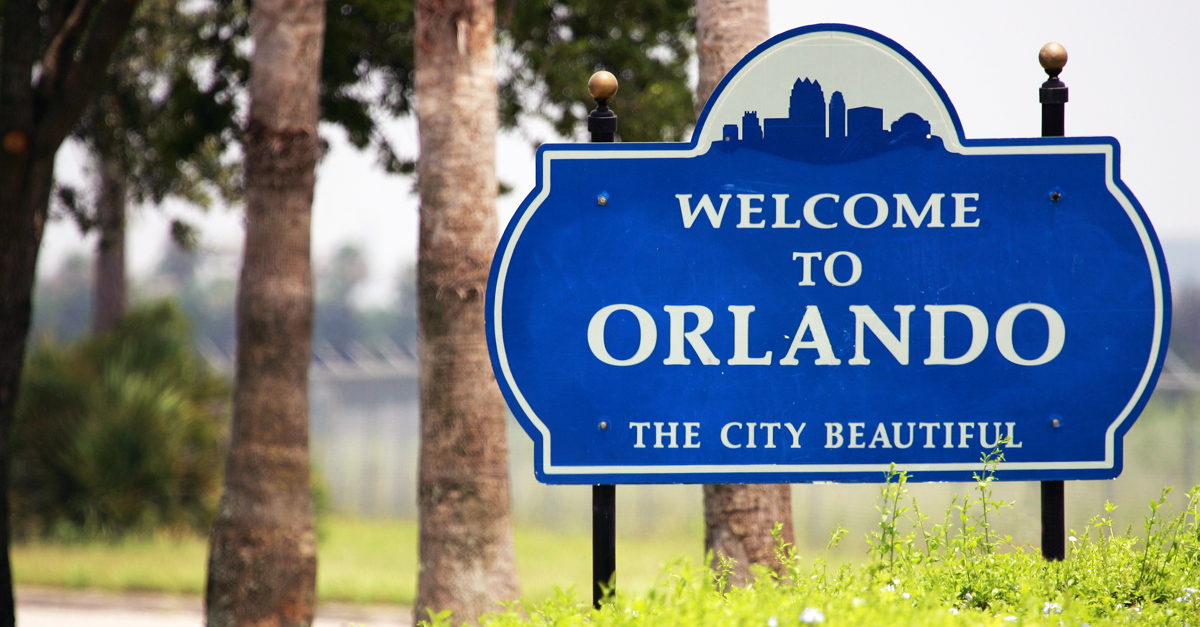 “I was at work, and my son, who was 12 years old, accidentally opened the door in the afternoon after school one day and we never saw her again,” Strang said in an interview with KDKA. Strang didn’t think she would ever see Dutchess again. 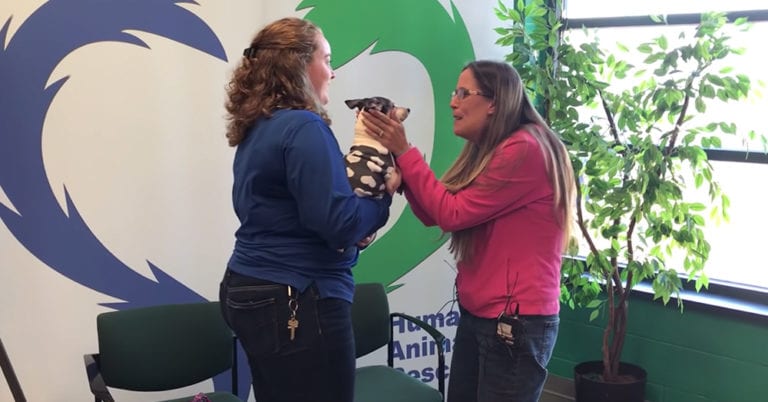 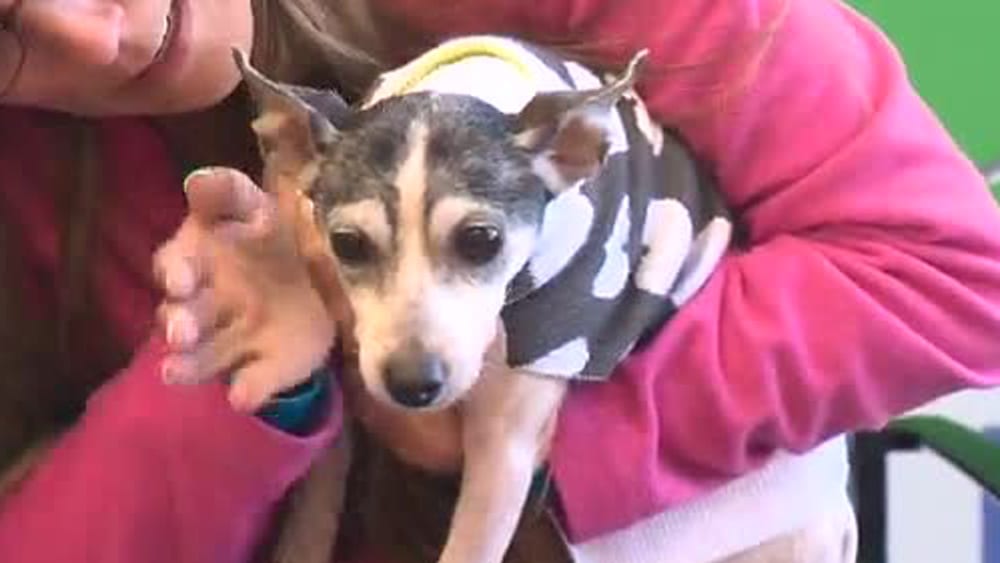 The dog had been discovered over 1,000 miles away under a shed in Carnegie, Pennsylvania. She was taken to Humane Animal Rescue (HAR) in Pittsburgh where the scan of her microchip brought up Strang’s information in Florida. 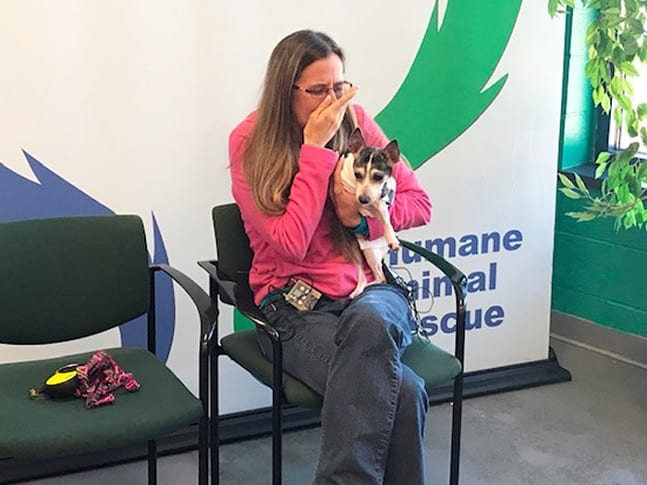 When a pet’s microchip gets scanned, the chip transmits all the owner’s information to a handheld device. Microchipping your pets is highly recommended as it is an effective way of finding and recovering your furry friends if they ever get lost. 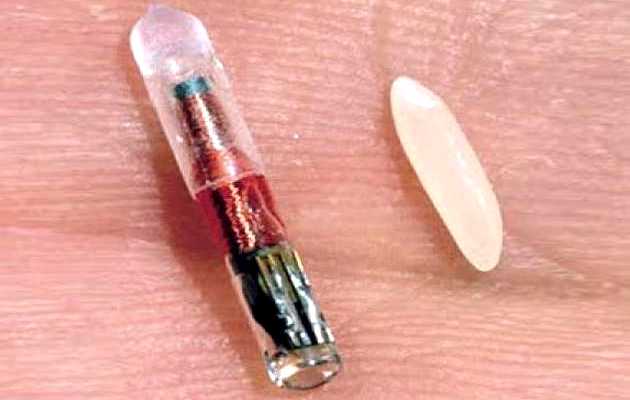 The American Kennel Club explains that the microchip itself is about the size of a grain of rice and it’s a radio-frequency identification device. The microchip gets embedded under the loose skin which surrounds an animal’s shoulders. The chip can be scanned by either a vet or a shelter. 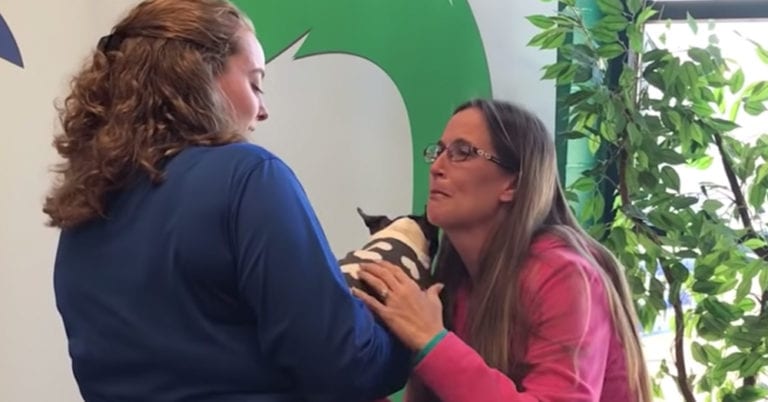 Once you have registered with a pet recovery database, your information will get linked to the chip’s ID number. “I held out hope because I paid for that microchip every year,” Strang said. “It was $15 a year, I wasn’t going to give up hope for that. Always hope.” 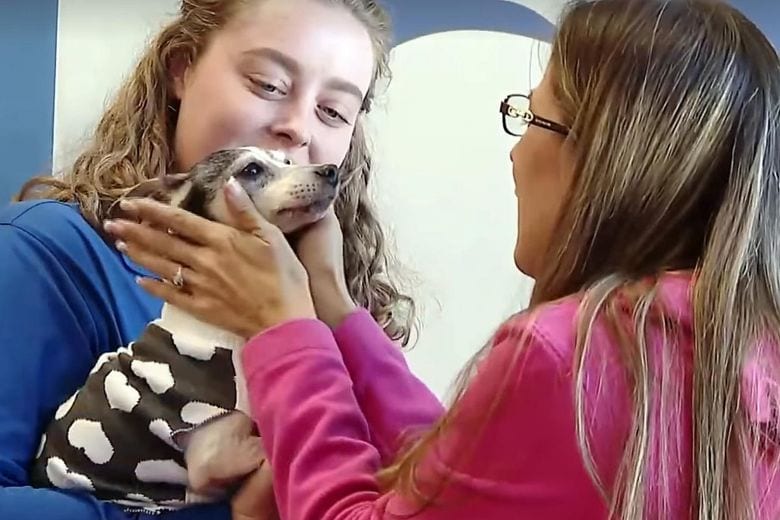 After Pittsburgh’s Humane Animal Rescue had managed to get in contact with Katheryn Strangshe drove from her home to Pittsburgh, a drive which takes over 18 hours to reunite with her long lost pet, the now 14-year old dog she had last seen on February 28, 2007. 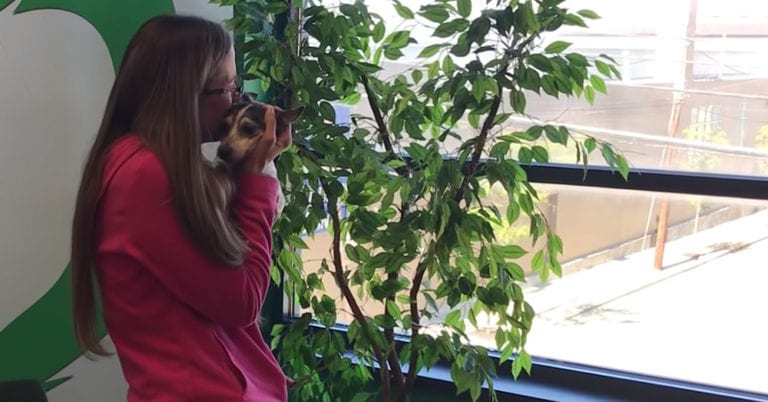 On Friday 11. October, over 12 years since Dutchess first disappeared from it’s Boca Raton home in Florida, owner and pet were reunited in Pittsburgh, more than 1,000 miles away. From Boca Raton, Florida to Carnegie, this dog truly had quite an adventure. 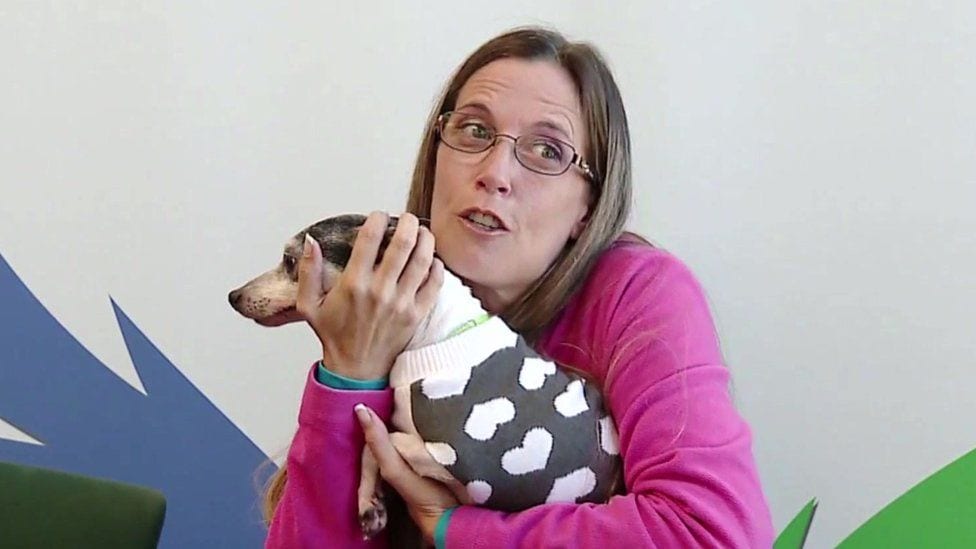 “There was always a hope,” Strang stated. “It was so worth the drive.” According to the Humane Animal Rescue, Dutchess was “hungry, shivering, and in serious need of a nail trim.” when she was found. During a routine exam at the North Side animal shelter, they discovered the microchip which led to them discovering Stang’s information. 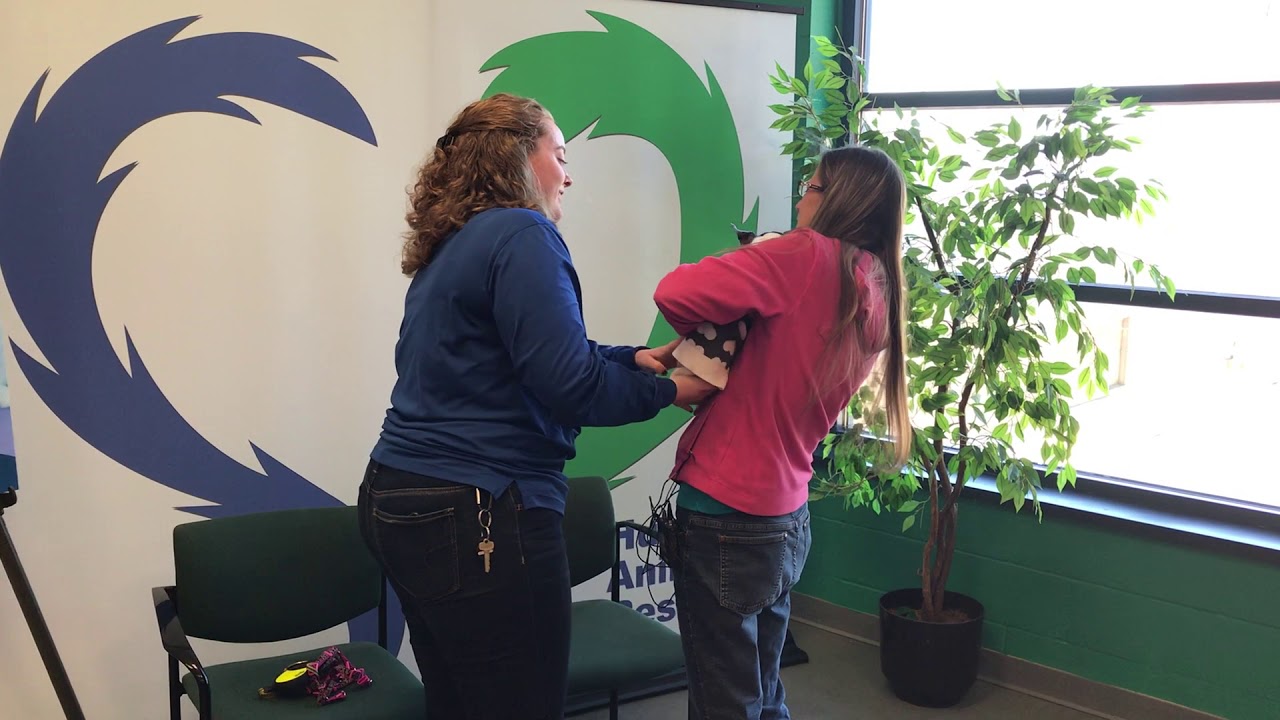 Dutchess went missing near Universal Studios which was near to her home in Orlando. Strang feared that the dog may have been run over by a car. She’s thankful that someone decided to take the dog to the vet and have it searched for a microchip “I am just that kind of person,” she said. “I don’t give up hope.” 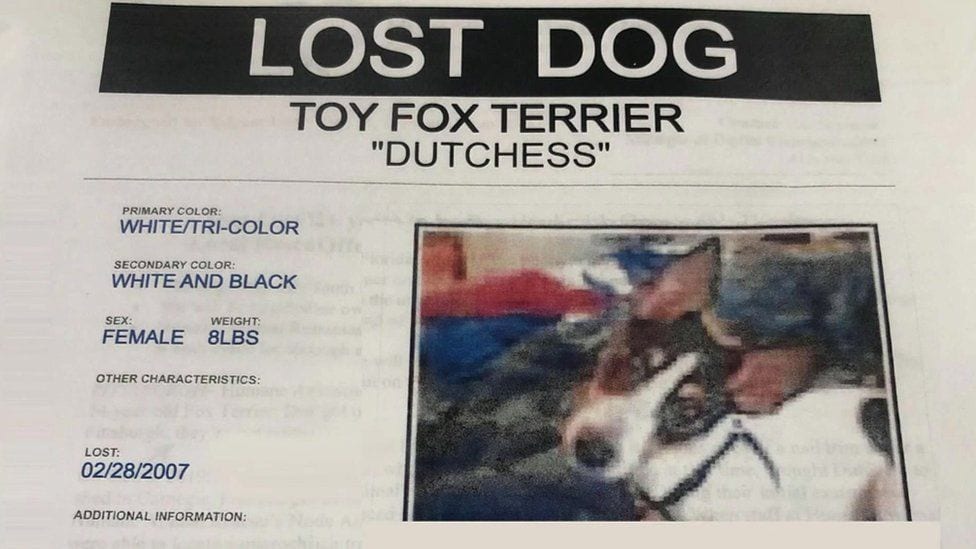 Dutchess was nervous and shaking a lot according to Humane Animal Rescue, but once she had been reunited with Strang, the dog relaxed and seems much more comfortable. The Lost Dog poster for Dutchess has since been taken down from the microchip website.