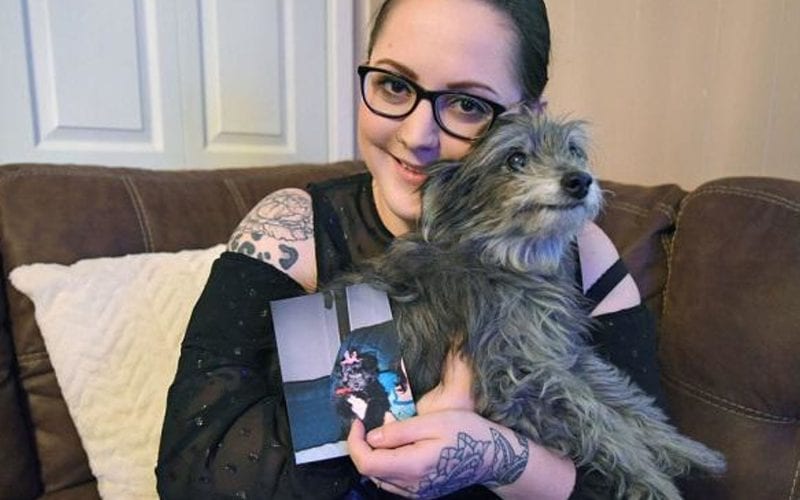 It’s A Kind Of Magic

Anyone who has ever owned a pet can tell you that they are more than just animals. They are friends and companions that change our lives every day and make life that much better.

This is a lesson Nicole Grimes learned at the tender age of 10. Little did she know what lay in store for her.

What’s In The Box? 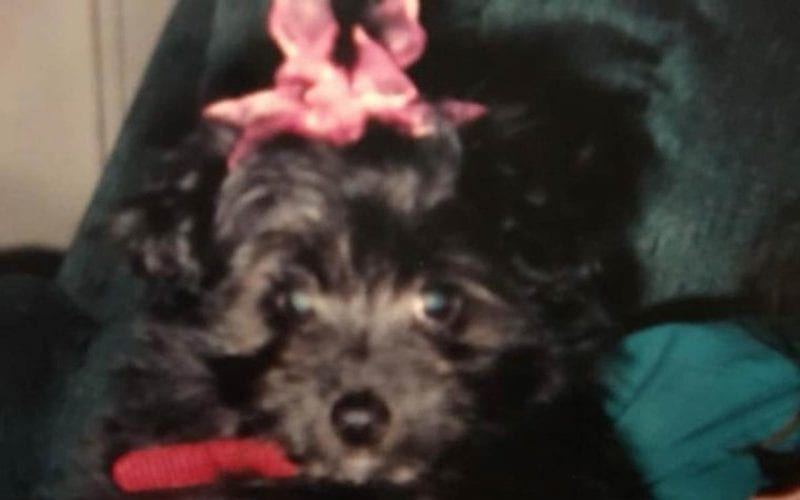 When Nicole was 10 years old, her grandmother gave her a Christmas gift that she’d never forget. She didn’t know what to expect as she opened the trembling gift.

She’ll never forget what she saw as she stared into the box in her hands. 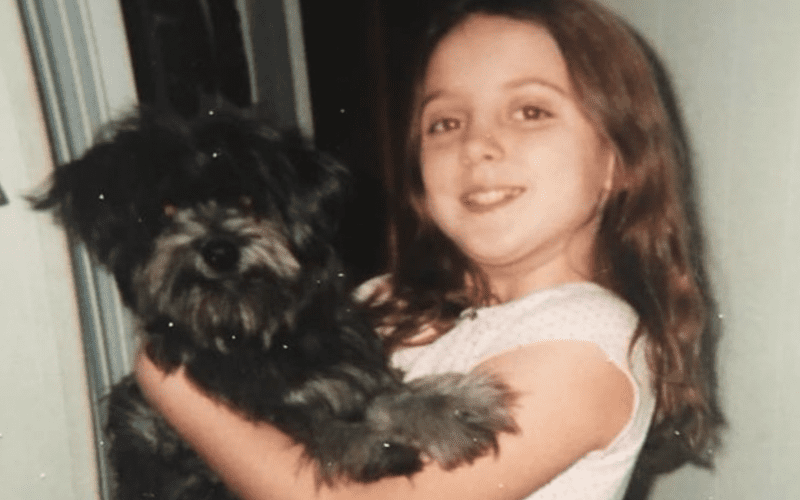 Staring back at 10-year-old Nicole was the furry face of a puppy. She named her Chloe and soon the two became inseparable. Chloe was a very loving friend and the two did everything together.

Sadly though, nothing lasts forever and what awaited Nicole was devastating. Chloe was an energetic dog and wasn’t afraid to make her voice heard. This wasn’t a problem until 4 years later when Nicole’s father started to work from home doing customer care. Chloe’s barking was a problem when he was talking to customers.

It was then that the family had to make a seemingly impossible choice about the dog’s fate. 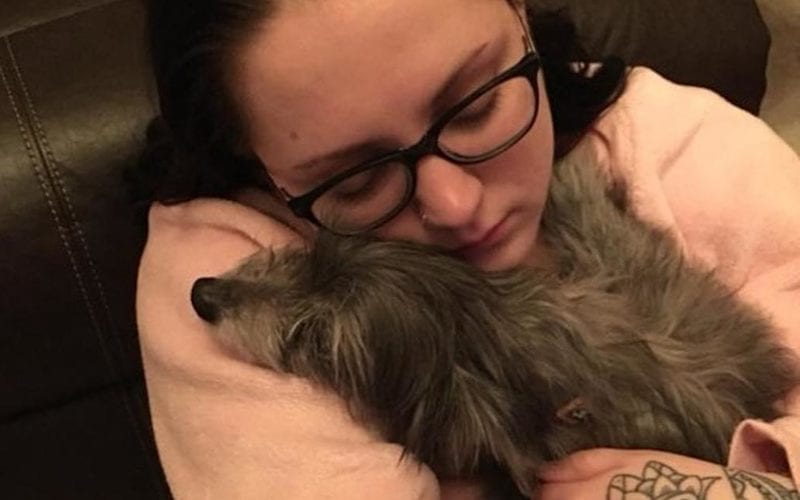 The family decided to put the dog up for adoption at the local shelter. It wasn’t long before Chloe found a loving new home. All seemed well.

Life moves on and Nicole never knew what became of Chloe but she never stopped thinking about her four-footed friend.

As the years went by, it was time to welcome a new member of the family.

Roses Are Red, Violets Are New 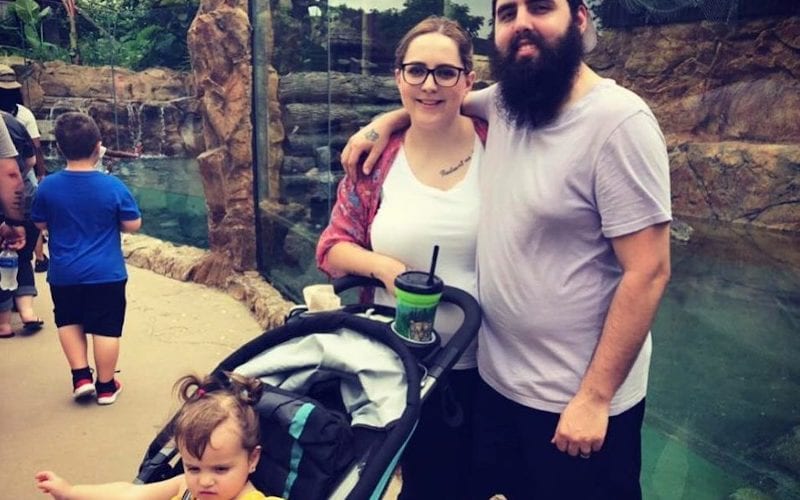 Nicole, now married, welcomed her baby daughter Violet into the world and it was the single greatest gift she ever received. When Violet was 1, Nicole decided to get another pet. On a whim, she adopted an 11-year-old dog from a nearby shelter. The dog reminded her of her childhood pet.

When she heard the dog’s name Nicole couldn’t believe her ears. 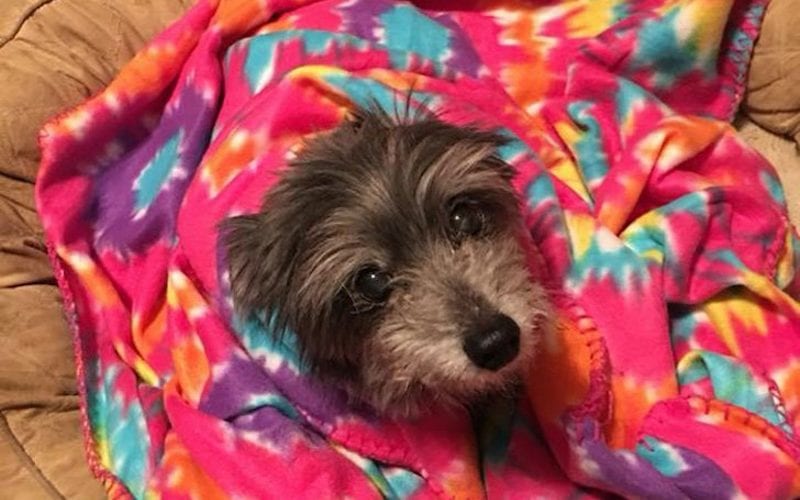 The rescue dog had been named Chloe and it seemed an almost unbelievable coincidence. Nicole’s husband ignored his wife despite the fact that she said the dog acted the same as her childhood dog.

Eventually, he suggested checking the dog for a microchip. Could it really be the same dog? No one was prepared for the dog’s true identity, however. 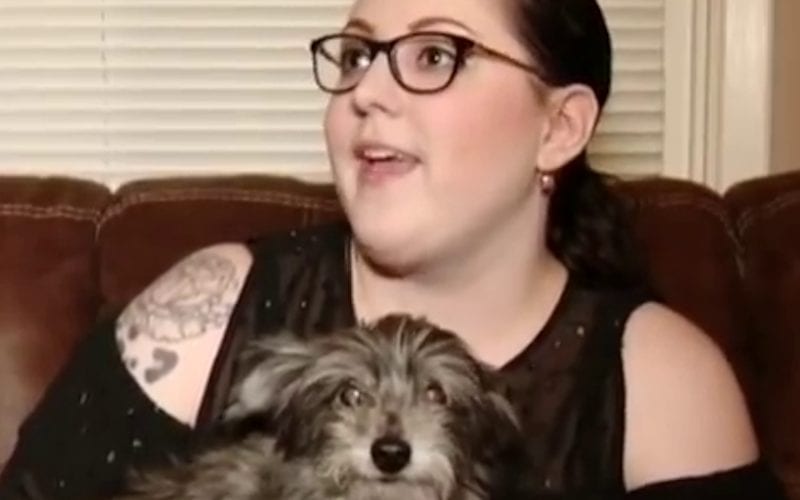 When the results came in, not only did the dog indeed have a microchip, but it also told them the true origins of their new pet. Nicole dialed her husband and he was incredulous!

It was indeed the same dog that Nicole had to give up almost a decade earlier. But the story didn’t end there. 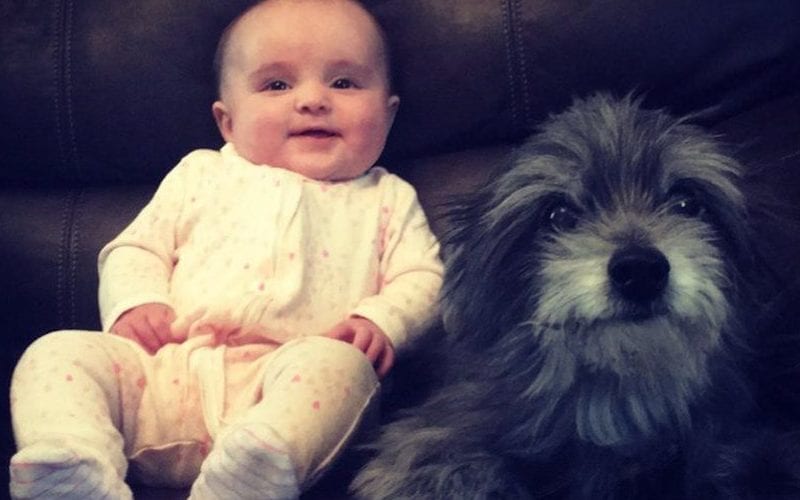 Chloe had been adopted by an elderly couple and lived a happy life in the intervening years. Nicole’s grandmother had passed away three years before and Nicole says that getting Chloe back has helped her come to terms with the loss of her beloved grandmother.

To make things even better, Chloe and baby Violet have become firm friends just like Nicole and Chloe had been.