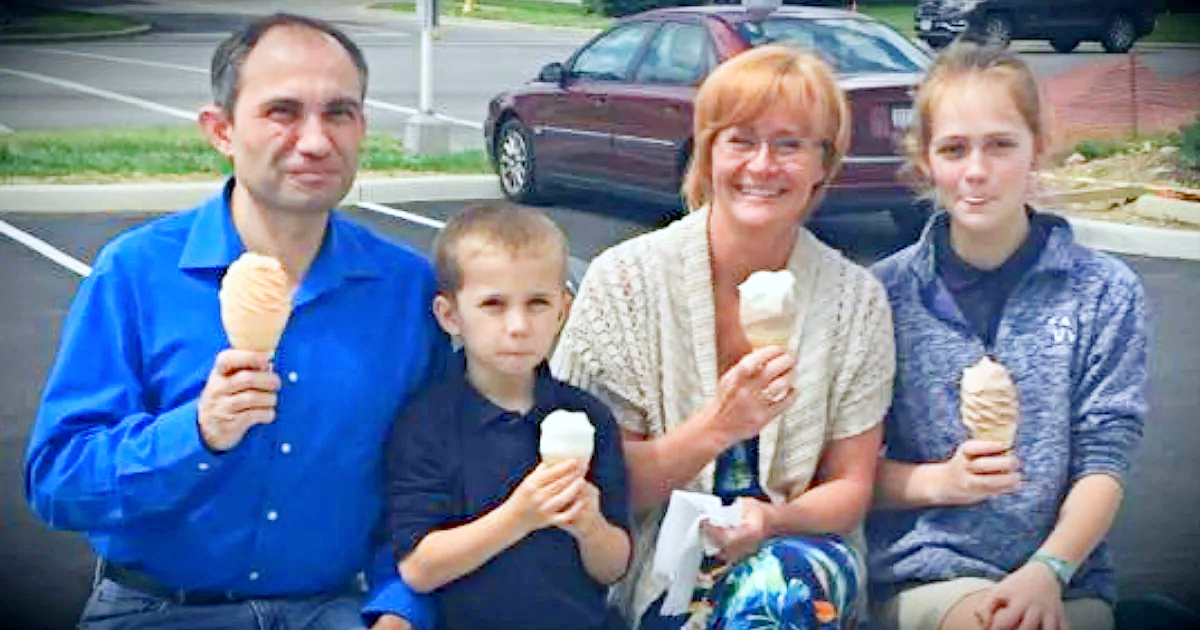 Turn On The News

Scrolling through her notifications to see why her phone wouldn’t stop pinging, she was baffled to see dozens of angry faces in reaction to her post. Looking at the photo again, she couldn’t see why it had attracted so much attention.

Then, she got a private message. But she had no idea that her life was about to change forever. The message read: ‘Turn on the news.’ 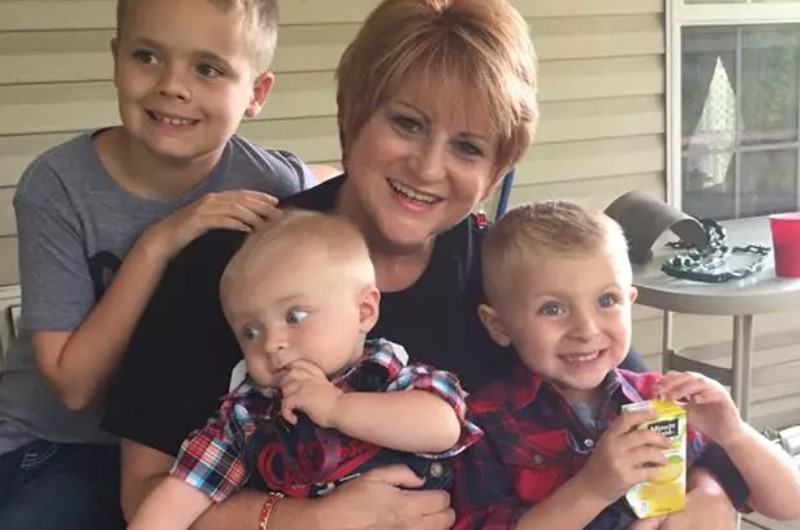 Everywhere she went, 60-year-old Joyce Rhinehart carried her camera with her. But as she got on in years, her trusty Nikon became more cumbersome for her to cart around. So when her daughter bought her a new iPhone with a top-of-the-line camera built-in, she was ecstatic.

But, while many people enjoy photography as a hobby, Joyce had developed an unusual habit during her golden years… 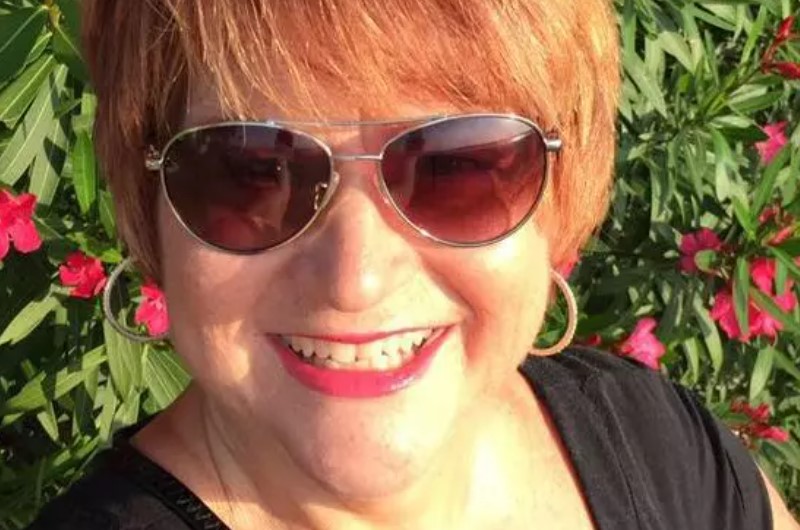 Joyce’s daughter, Linda, had expressed her concern about her mother’s preferred subject matter. They had had countless arguments about it over the years.

You see, Joyce had no interest in photographing pretty scenery or flowers. For as long as she could remember, Linda would cringe whenever her mother whipped the camera out in public. “At least you can be more discreet now,” she said with a sigh. 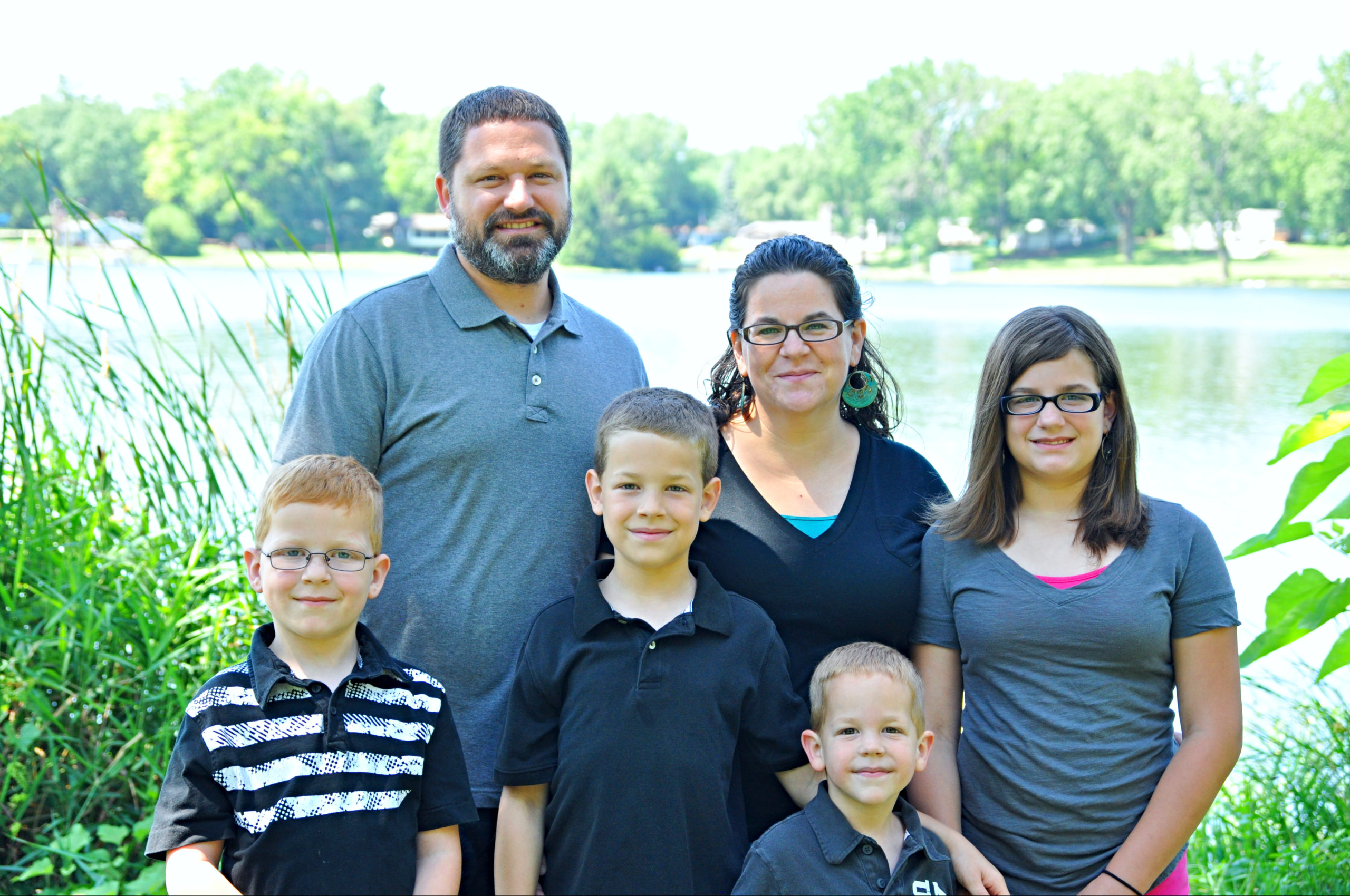 Joyce’s obsession had become something of an inside joke in the household. The walls of her house were filled with family photos — but they weren’t of her own family.

But Linda wasn’t jealous. Rather, Linda was worried that her mother would cross a line one day with her intrusive and embarrassing habit. Little did she know, that day was just around the corner. 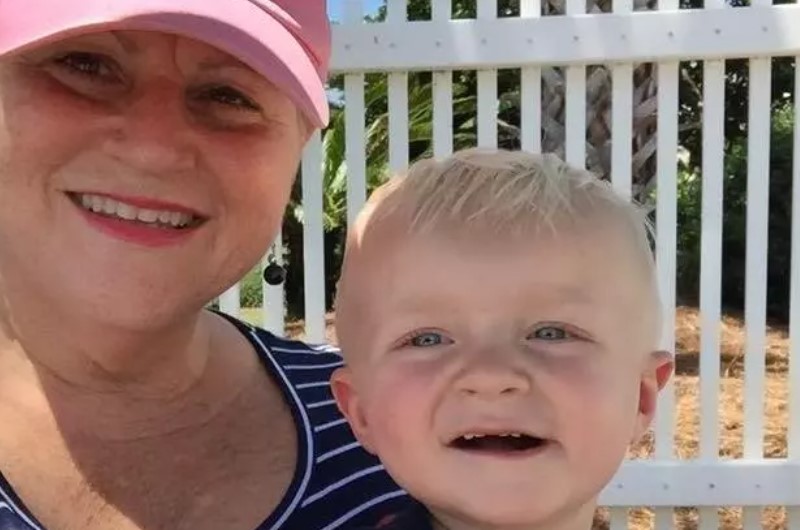 On that fateful day in June, Linda dropped her son, Blake, at his grandmother’s house. Joyce took her 8-year-old grandson to his tennis lesson, and then the pair stopped at Rita’s Italian Ice for a little treat.

But when they had eaten their ice creams and were on their way out, Joyce spotted her opportunity. Joyce whipped out her phone. She just couldn’t resist. But soon, she’d regret it. 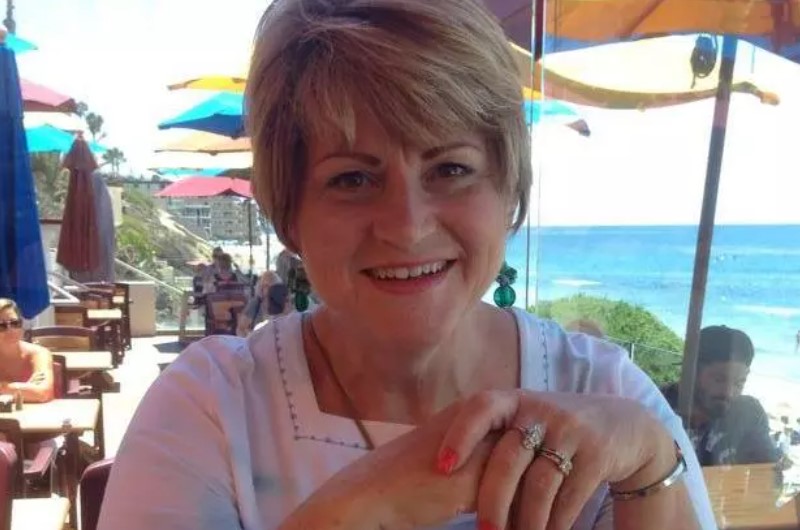 Joyce approached the family of four where they were quietly sitting on a bench outside the ice-cream parlor. She assumed they were the mother, father, and their two children.

Although there was nothing striking about the strangers at the time, she quickly whipped out her phone and snapped a picture of the startled family. “Something urged me,” she said later… after she had heard the news. 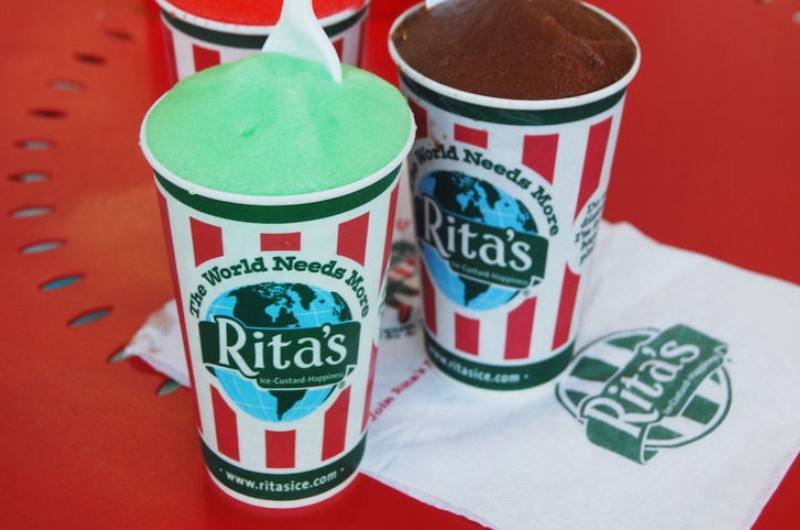 After Joyce had snapped the picture, she passed her phone to one of the children. “I took [the picture] and then handed my phone to the young daughter and told her to go ahead and text the picture to their cell phone,” she explained.

Joyce had thought that it would be a nice gesture and that the family would appreciate the unsolicited shot of their private moment. Then, she left them sitting there and went on her way, not realizing what she’d really captured. 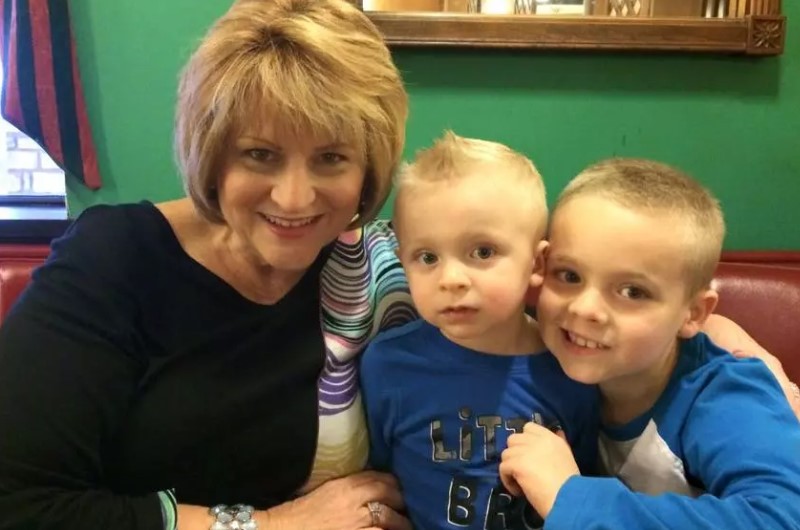 Joyce uploaded the photo of the family she’d seen at Rita’s on Facebook and didn’t give it much thought after that. But, as it turned out, Joyce’s strange habit of taking unsolicited photos of strangers would have a surprising outcome for everyone involved.

Indeed, there was a lot more to that seemingly innocent photograph than met the eye. 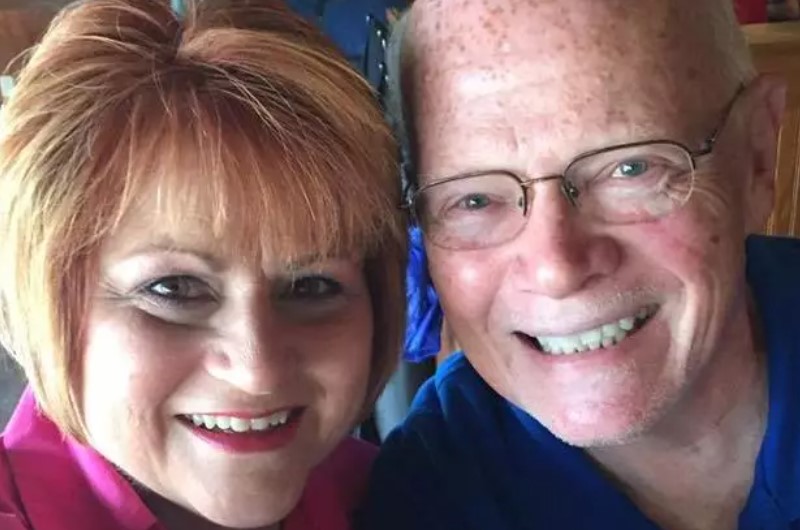 Being new to Facebook, Joyce couldn’t understand why her phone had been pinging all morning. But when she scrolled through all her notifications, she was shocked to see that people were reacting to that particular photograph that she’d uploaded just a few days earlier.

The post was full of broken heart emoticons and more than a few angry faces. Then, she got a text message from a number she didn’t recognize.

All Over The News 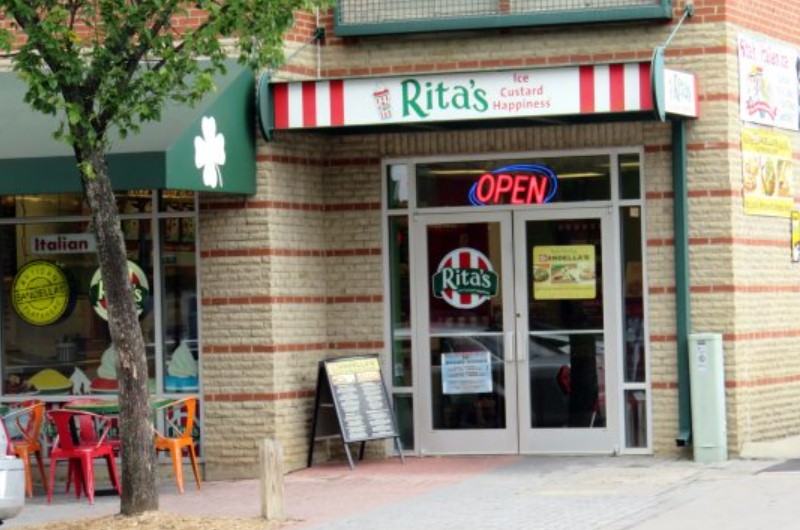 The message simply read: ‘turn on the news.’ She walked over to her TV and turned it on, not knowing that what she was about to see would change her life. There, all over the news, was that photo she had taken of the family sitting outside Rita’s.

She turned the volume up and her blood instantly ran cold. Then, just at that moment, she received another text message. 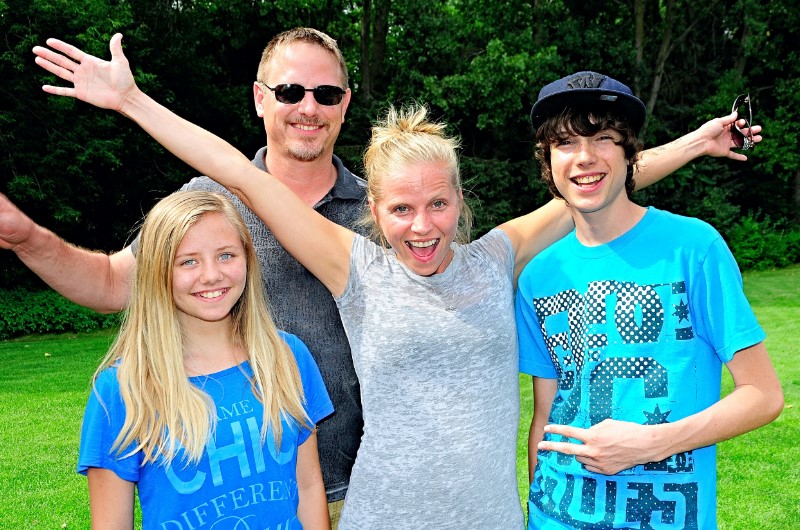 The message, as it turned out, was from the remaining members of the family from that fateful photo that Joyce had snapped. They had some terrible news that they wanted to share with the stranger who had felt compelled to take their picture that day.

When Joyce finally understood why her photo was on the news, a chill went down her spine. 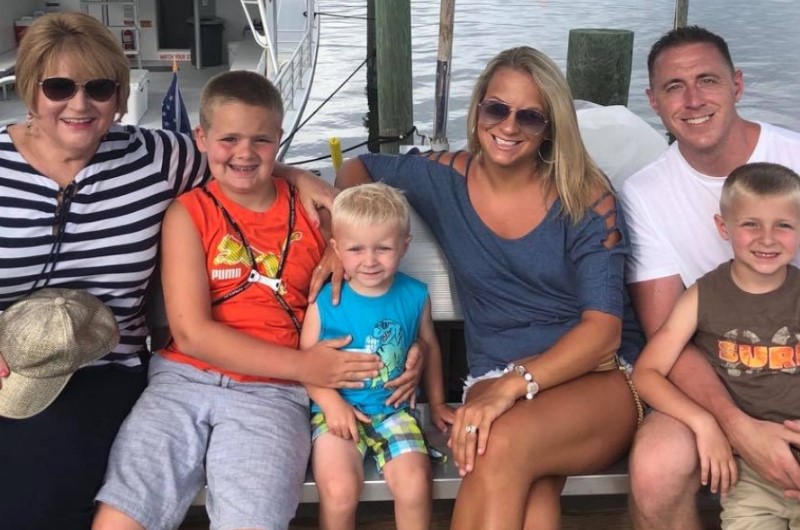 Joyce shared her story on Facebook: ‘I have an incredible story to share,’ she wrote. ‘One that still sends chills through me and brought me to tears.’

‘I took this picture below and then handed my phone to the young daughter and told her to go ahead and text the picture to their cell phone. Left to take Blake home and explained to him how I have done this before when I see cute family moments of total strangers so they can have the memory… But, wait till you hear the rest of the story.’

Message From A Stranger 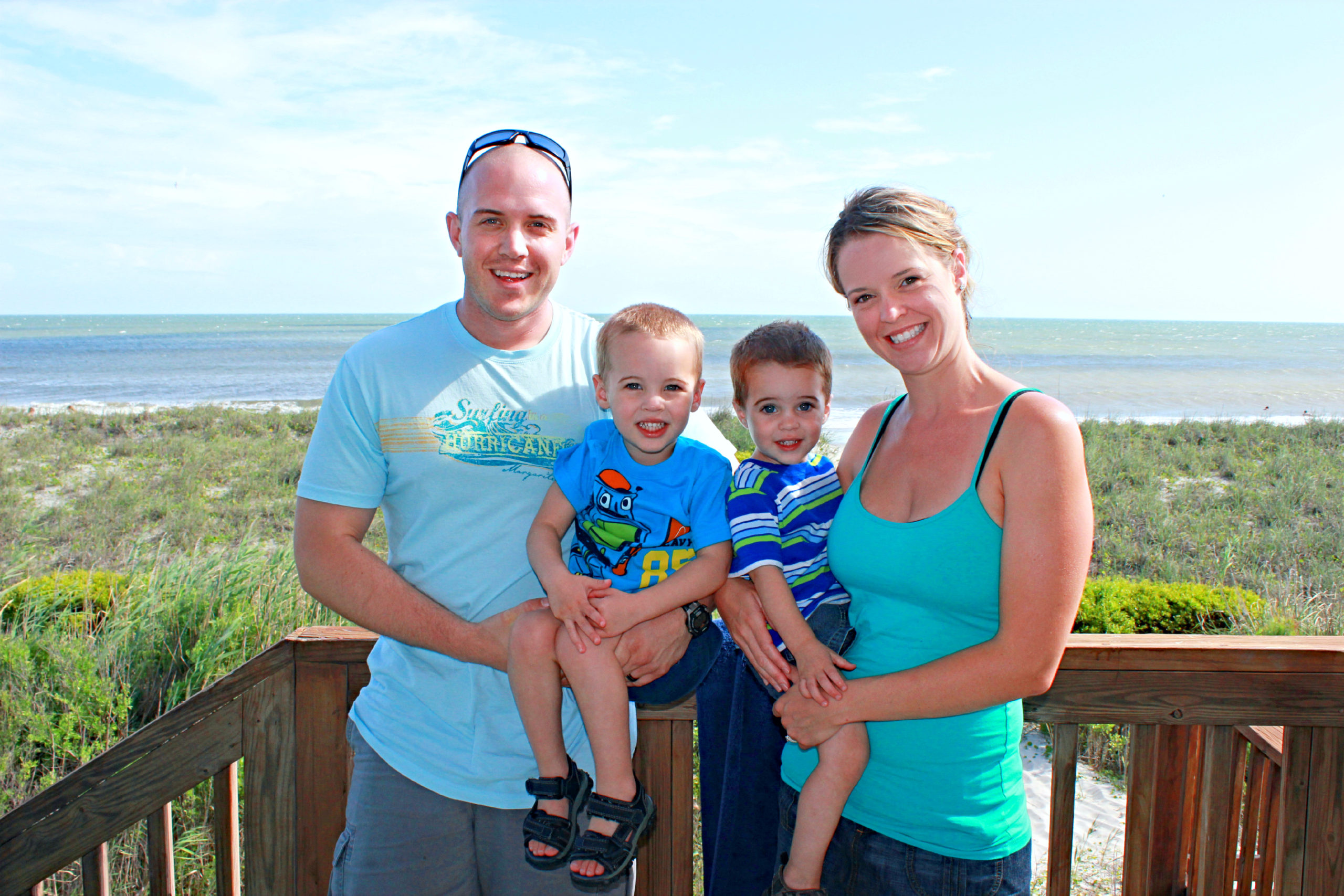 ‘Dear madam,’ the message read. ‘You took our picture in front of Rita’s on June 8,’ the message began. And as Joyce read on, she began to get goosebumps. The fact that she had happened to be in the right place at the right time absolutely floored her. Then, the gravity of the situation hit her and tears began to run down her face. 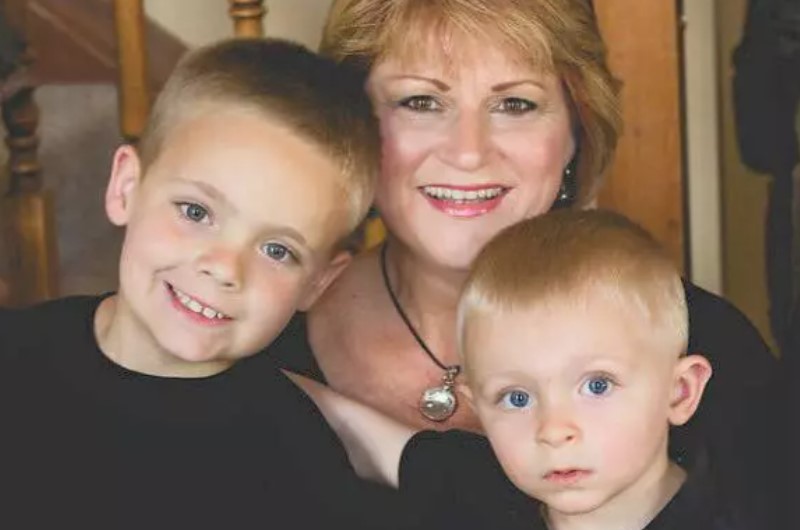 ‘My wife has passed away yesterday,’ the message continued, ‘…and this is the last picture we have together as a family. Please accept my deepest gratitude for your kindness, it means the world to me. Thank you from the bottom of my heart.’

Understandably, Joyce was shell shocked. But she was also touched that the family had reached out to her. Joyce’s heart broke as she texted back. 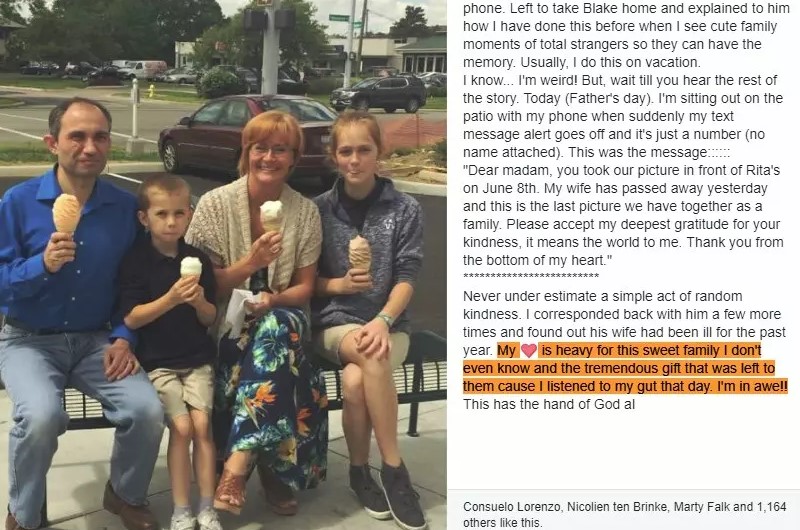 After a few messages back and forth, Joyce eventually discovered what had happened. She learned that, despite the mom in the photo’s appearance, she had been ill for about a year. The struggling mom had tried to be strong for her family on that day they had all gone out for ice cream together.

Nobody knew that that outing would be the family’s last. The memorial was briefly aired on the local news, and the family had decided to use Joyce’s photograph. 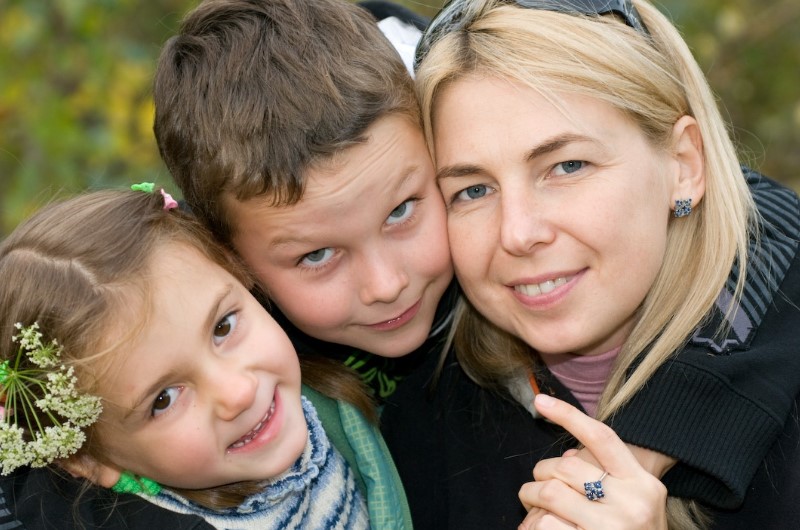 It’s often said that a picture can paint a thousand words. And, in circumstances like this one, they can also offer some comfort and remind us of happy memories.

Pictures can serve as everlasting reminders of loved ones, especially when they are in their final days. But, as surprising as Joyce’s story was, it wasn’t unique by any means… 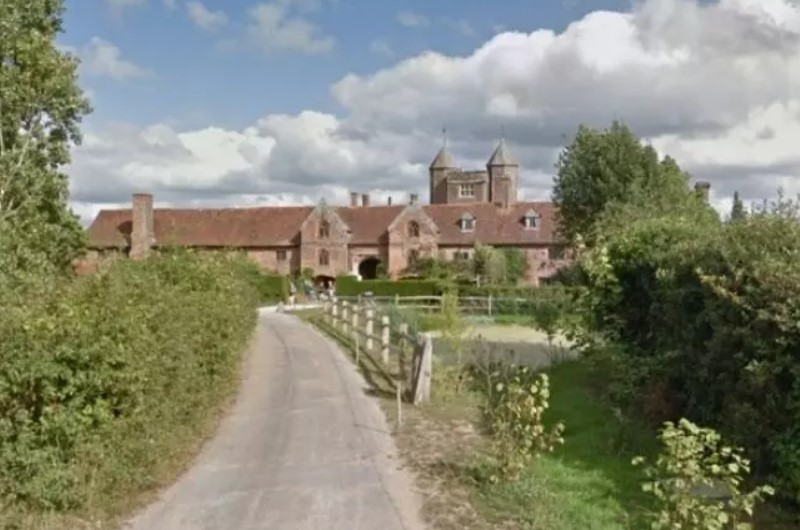 In September 2015, a man named Alan Wright visited a castle in Kent, U.K., with his wife. While they were there, a man asked to take their photograph while they were strolling on the castle grounds.

Sadly, Alan’s wife passed away a few months later. After Alan realized that this was the last photo taken of his wife, he appealed to a magazine to assist him in tracking down the picture. 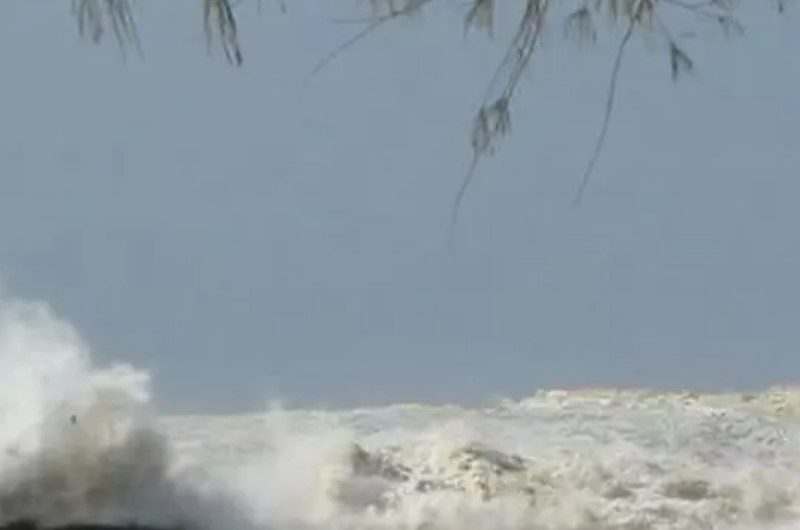 Another photograph involved a Canadian couple John and Jackie Knill. They were on a beach in Thailand when the tsunami struck in 2004. Unfortunately, they were among the estimated 280,000 who perished in the disaster.

However, when their camera washed up, the photographs it contained provided a lot of comfort to their surviving sons. Patrick Knill, John and Jackie’s son, told the Seattle Times in 2005: “This is more than we could ever have asked for.”

He continued: “It’s like being there with our parents and seeing what they were seeing in those final moments. So many people still have no answers. It has taken so much stress off me and my brothers. It’s hard not knowing anything and now we know.” 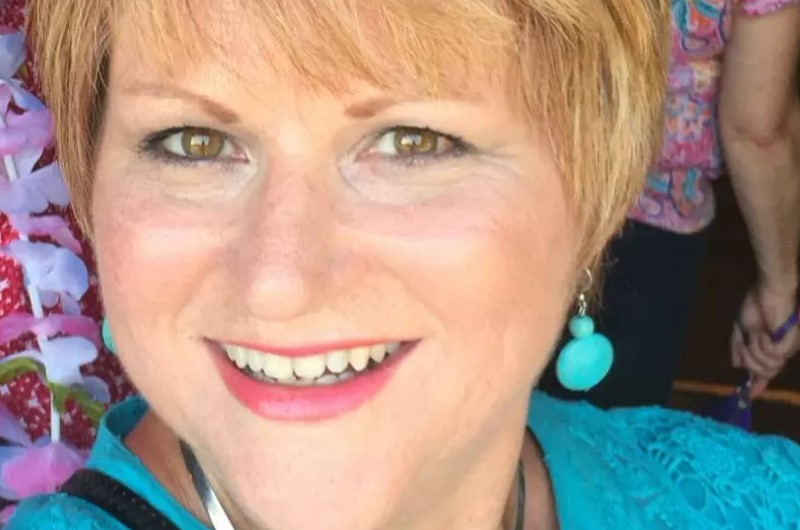 ‘Never underestimate a simple act of random kindness. I corresponded back with him a few more times and found out his wife had been ill for the past year,’ Joyce wrote.

‘My heart is heavy for this sweet family I don’t even know and the tremendous gift that was left to them cause I listened to my gut that day. I’m in awe!! This has to be the hand of God!’