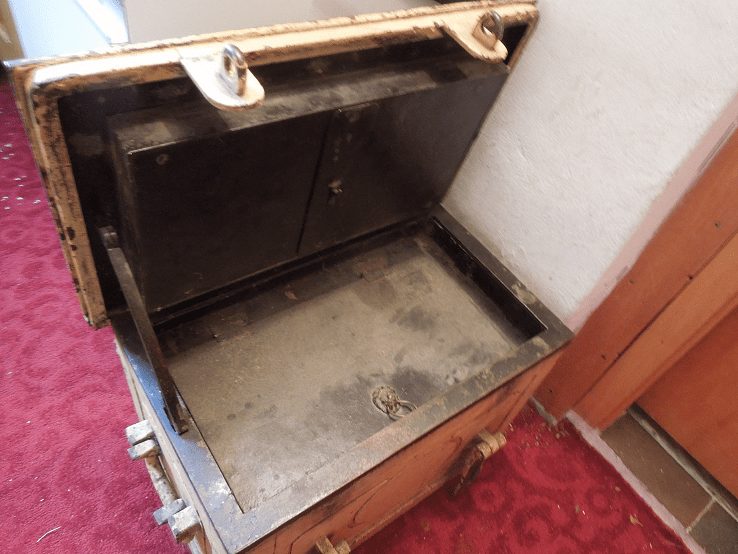 As sad as it can be, inheriting items from older relatives can lead to quite interesting discoveries. You might find things you never expected. Even relatives we know well might be hiding secrets you never thought possible.

That’s exactly what happened to a woman in Germany. 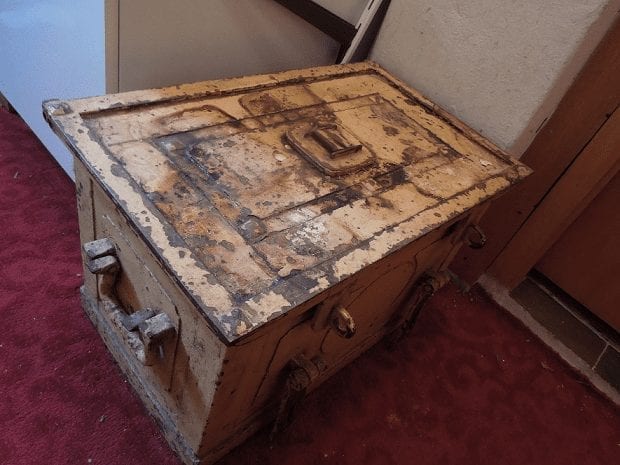 A German woman inherited a house from her great aunt only to discover a heavy safe hidden in the house. After some effort, she finally managed to crack the safe. She eagerly opened it, excited to see what was inside.

What she found, however, left her stunned. 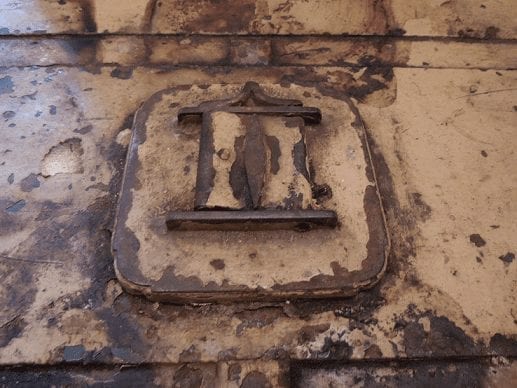 When she discovered the safe in what used to be her great aunt’s home, it was clear that it was in some fairly rough shape. However, the appearance of this safe made the woman wonder why her aunt had been hiding this.

What could possibly be hidden inside? 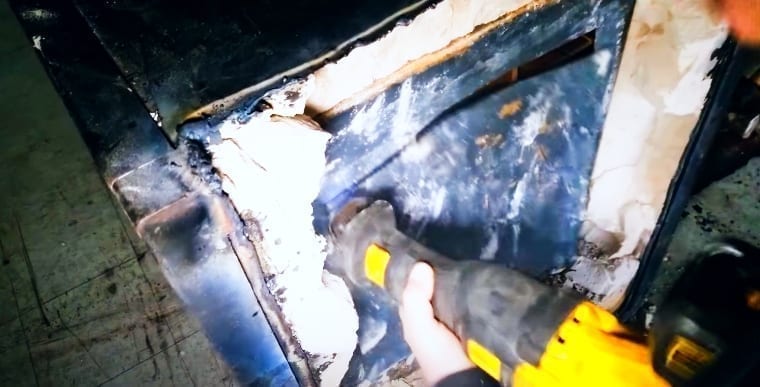 The woman’s great aunt had settled in Hamburg after having fled Russia during the 1940s. The woman thought that perhaps this meant that the safe contained some of her valuables. She knew that there was only one way to find out.

She had to open the safe. 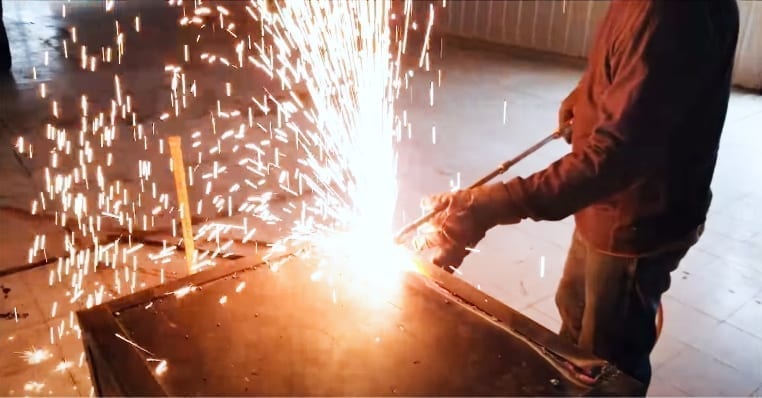 The woman wondered how she would get the safe open but fortunately discovered that the safe had a key. She turned the key, excited to open the sage which hadn’t been opened in decades. The door swung open and she peered inside.

She certainly hadn’t expected this! 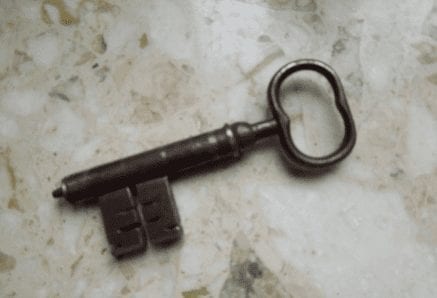 The door and opened easily enough. When she peeked inside the safe her heart sank. Inside was nothing more than a layer of dust that had collected over the years. This couldn’t be right. The woman decided to investigate more carefully.

That’s when she noticed something. 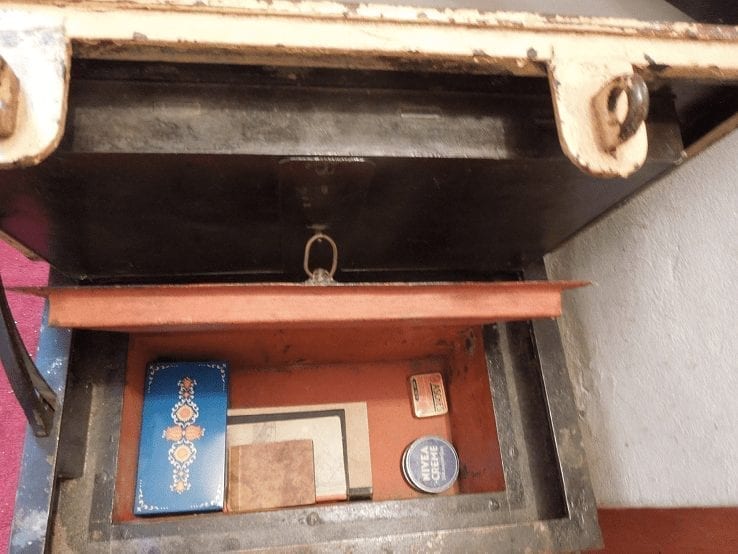 As she inspected the safe, the woman realized that it had a false bottom. Based on how big the safe was, the fake bottom appeared to be rather shallow. After some more searching, she managed to find the mechanism to open the false bottom.

What was hidden in the compartment was quite an interesting stuff inside. 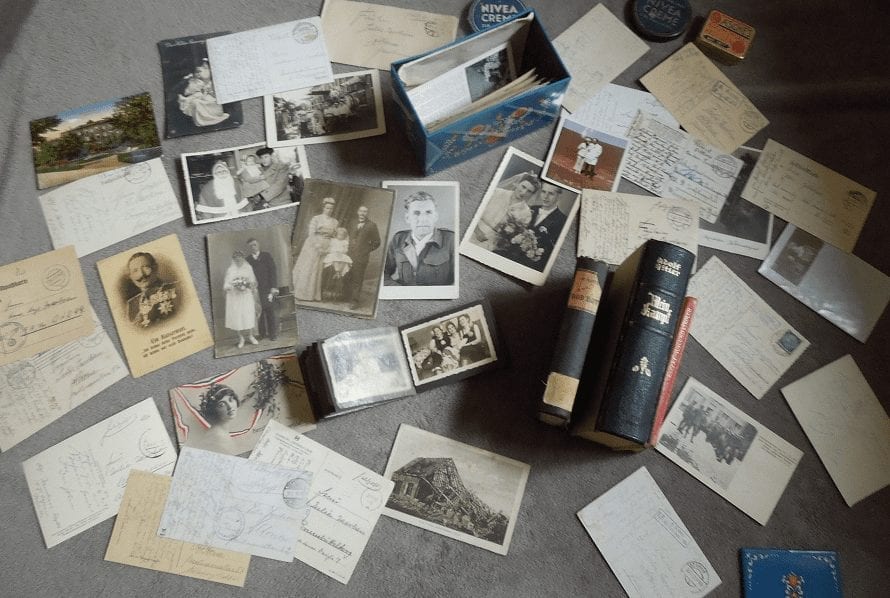 Once the compartment was open, the woman discovered a collection of books, letters, and pictures. As she looked at them, the woman realized that she had never seen any of these items before. She had found a precious secret history for her family.

Then she discovered something that made her recoil in surprise. 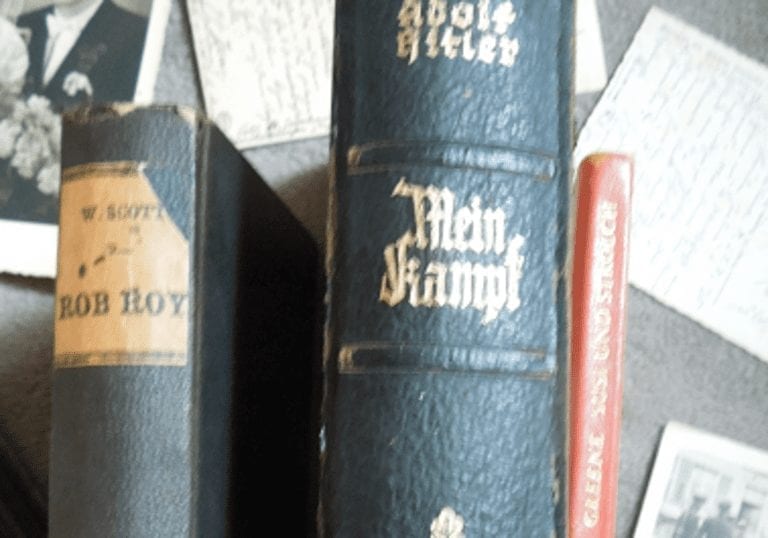 The safe also held a copy of Mein Kampf by Adolf Hitler. She wasn’t quite sure why her aunt had a copy of the book, but as she flipped through something dawned on her that she hadn’t considered before… 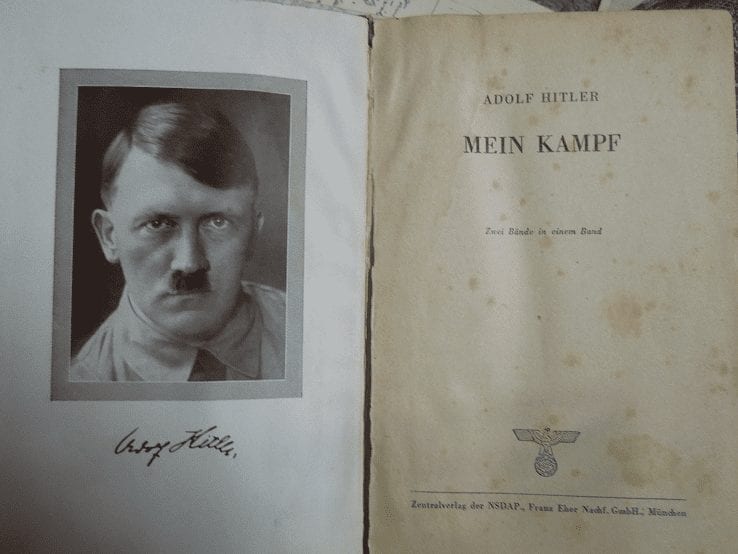 This copy was published in 1943. And was in impressively good condition for sitting in a dusty old box for all those years. Something as historically relevant as this book (however grim) could be worth a lot of money. 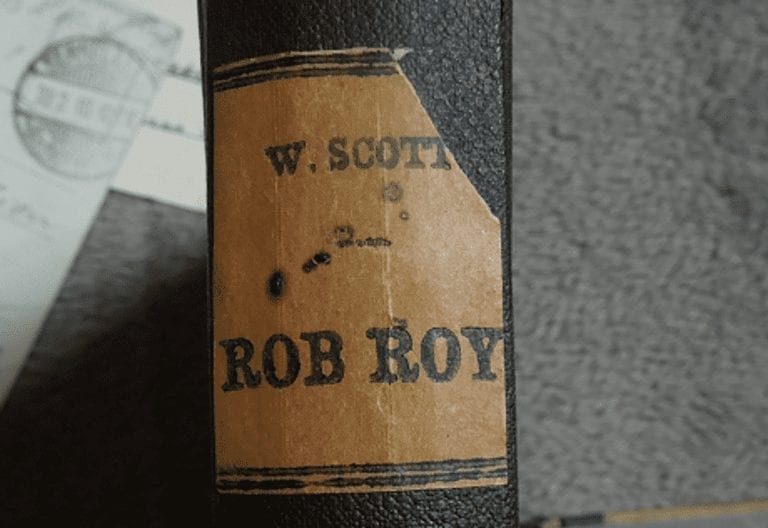 It turned out the book was valued at around $350. Though it does make you wonder who would spend that kind of money on this kind of “collector’s item.” On a happier note, she also found the novel Rob Roy by W. Scott. Amazingly, this was also a first edition copy! 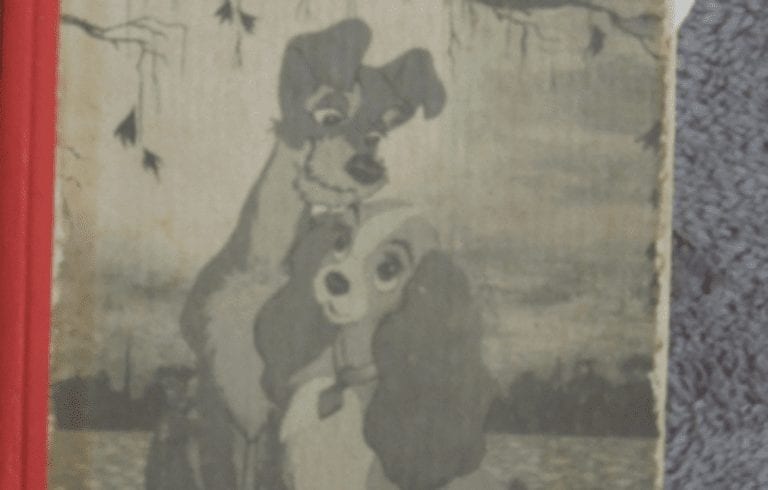 This book was published back in 1846. It’s almost as if her aunt knew that these books would accrue value over the years. An old copy of Lady and the Tramp was also inside. This one, however, had some discoloration and might not have that high of a retail value. 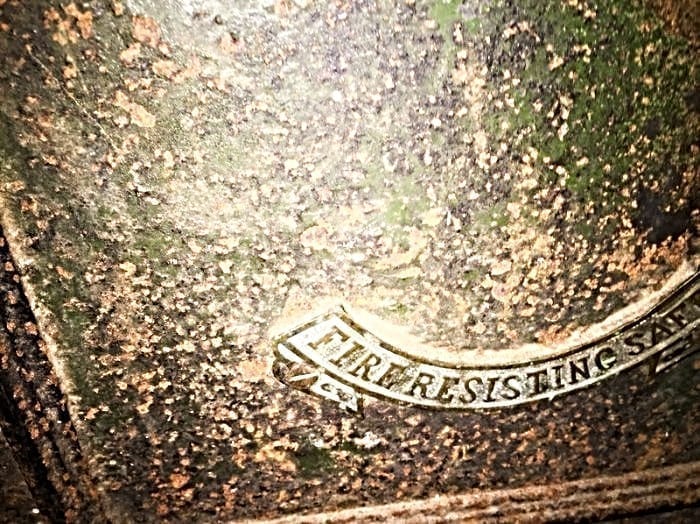 But it was still published in 1953, and if nothing else, it makes for a sweet memento of her aunt. It does make you wonder though, Mein Kampf, Rob Roy, and Lady and the Tramp… This woman’s aunt was really eclectic.