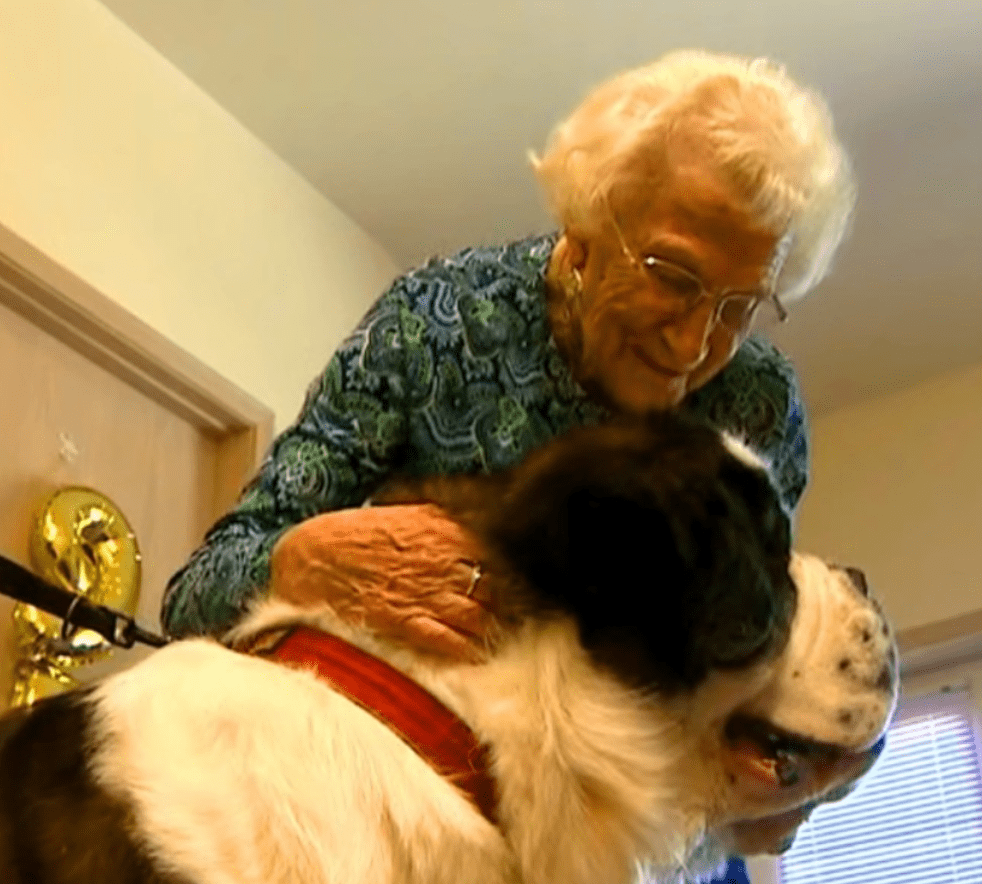 It was an eventful day for the Watkinson family when they were met with a strange encounter. It wouldn’t end there however, the strangeness would get more strange.

Kato accidentally and temporarily became the mommy to a very unlikely baby animal. 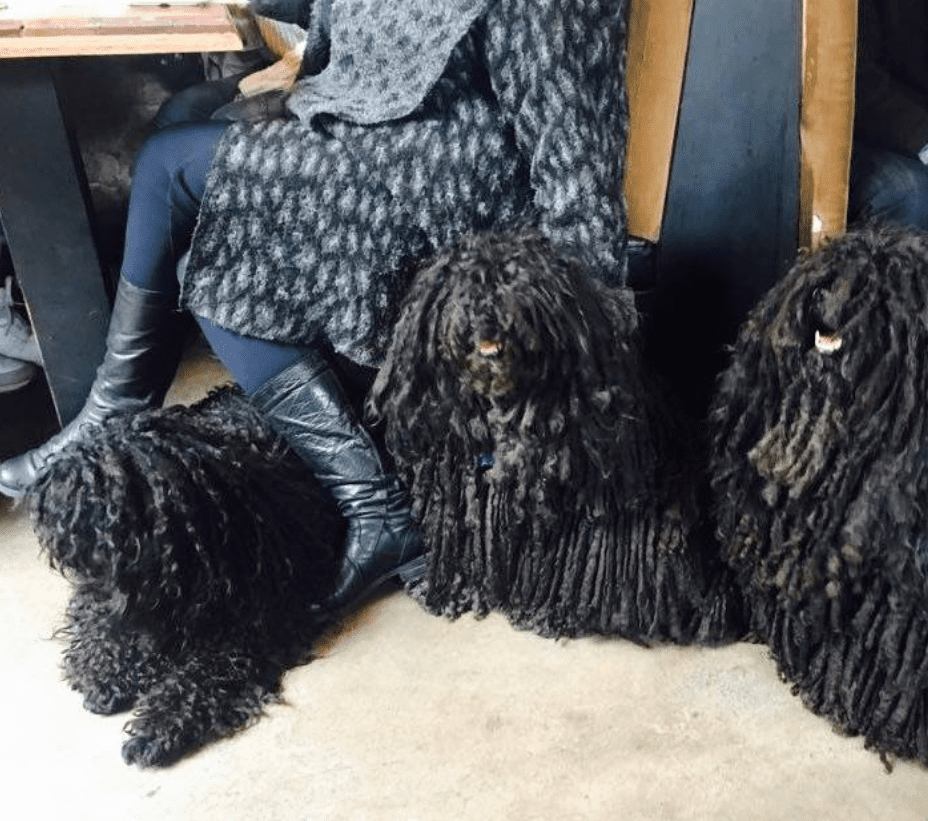 Kato is a puli dog who wasn’t expecting to be babysitting for the day, but he didn’t seem to mind much.

Sally and Jon Watkinson from Melbourne, Australia, were so excited by this unlikely occurrence that they couldn’t keep it from the world. 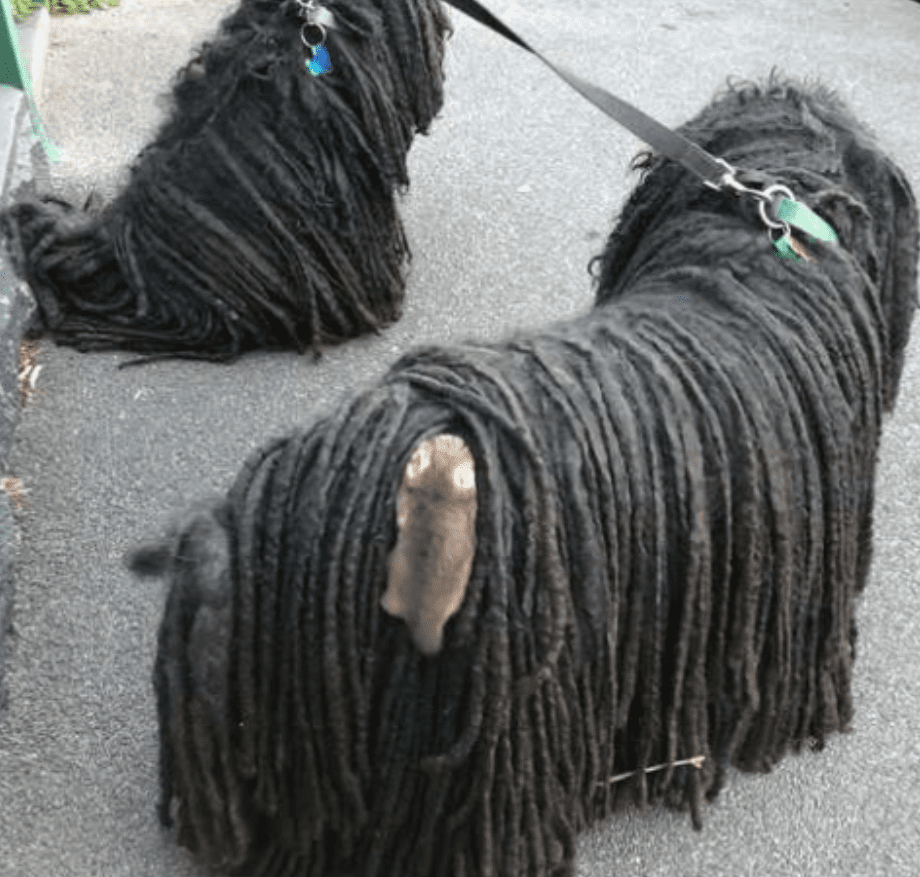 This baby possum had successfully nestled its way into Kato’s life. The possum latched onto him when it was clearly very frightening and he had nowhere else to turn to.

Possums and dogs aren’t typically two animals that would get along well, but the little hitchhiker was happy to be with him. 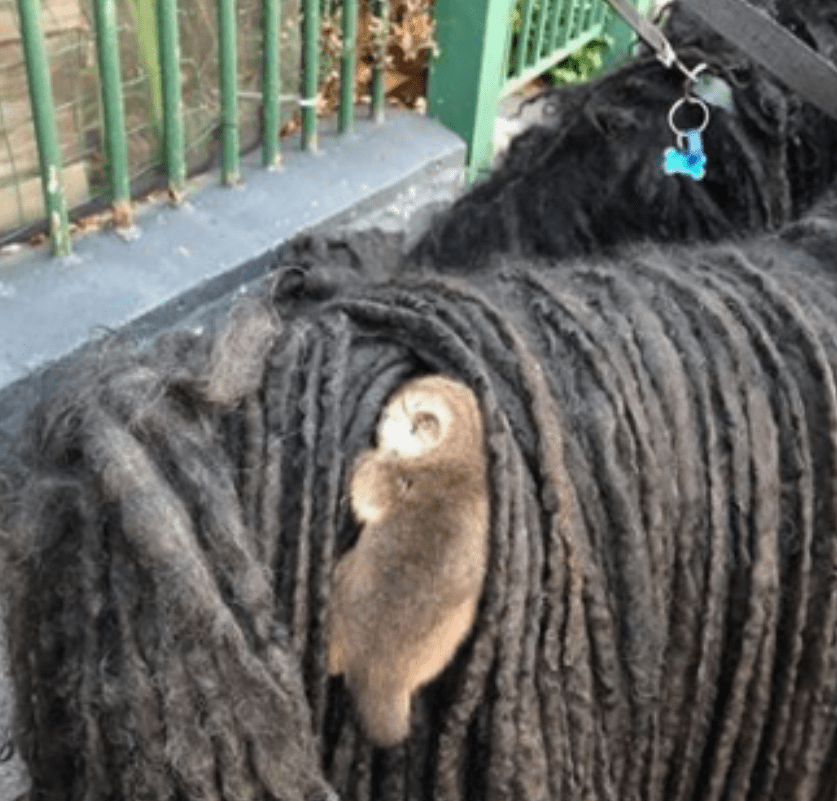 Surprisingly enough, Hugo didn’t seem to mind the possum either. It was as if the dogs barely noticed the little stranger.

They were so calm about the situation that Sally and Jon were very surprised. 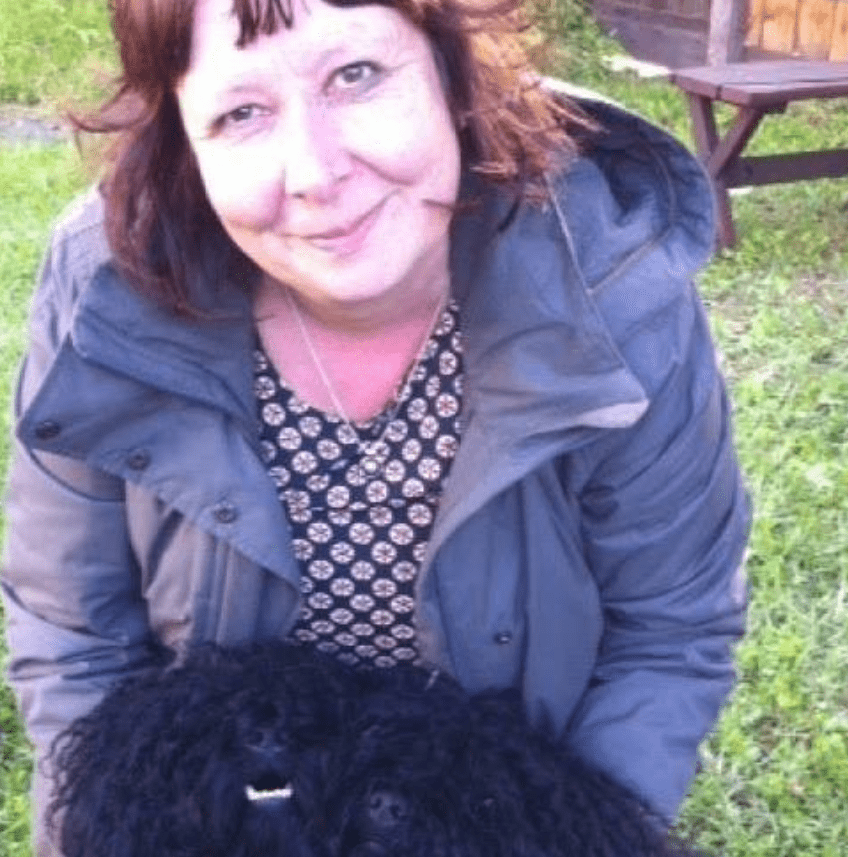 The couple managed to get in touch with local wildlife rescue but were advised to take the baby to a vet to check for injuries.

So Sally and Jon decided to walk Hugo and Kato to their nearby vet. The baby would stay at the vet for the night before being transferred to a wildlife carer. The baby, who turned out to be a girl, also needed some hand-rearing before being released back to the wild. And while the baby was now safe, Sally and Jon had urged the local animal control to be on the lookout for a possum that could be the mother.

“Apparently, if you catch them soon enough they can successfully be reunited,” Watkinson wrote on Facebook. 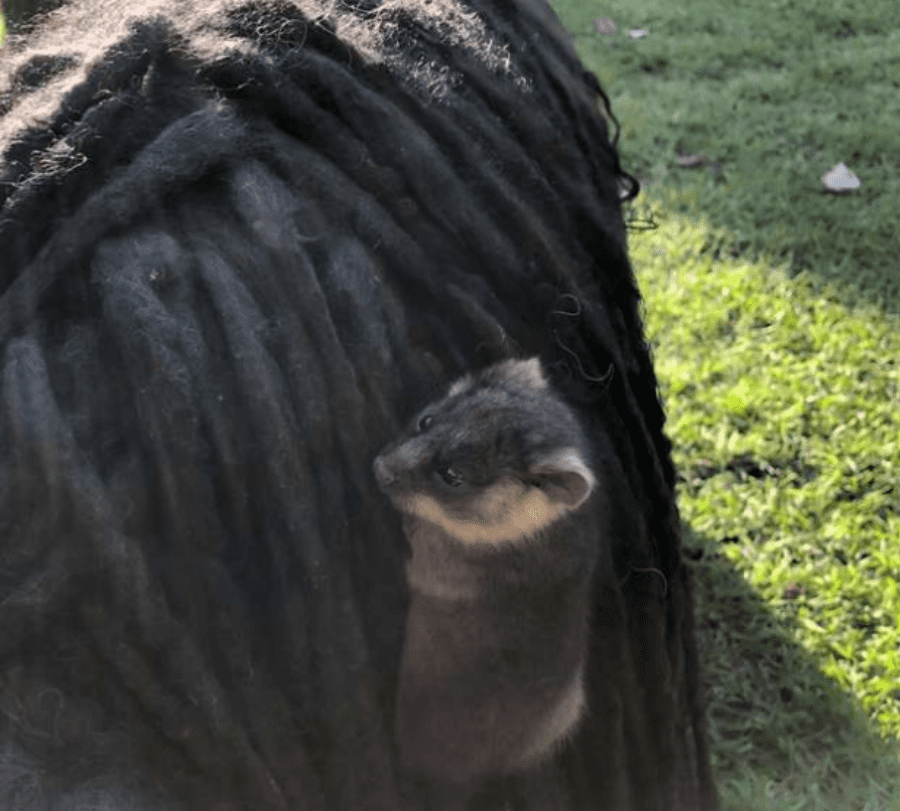 Just when nothing could surprise Sally, she returned to Jon’s house to pick something up a while later and found that another possum had made its way onto Kato.

The couple again returned to the vet with the dogs and yet another possum. But what would the vet’s reaction be this time? Jon said “This time the nurse nearly fell off her chair when we turned up.” This possum actually had made its way onto Kato’s back, but it was annoying him a little bit and digging in, but again Hugo also seemed to be ignoring it.

Simply put, it was an astonishing miracle.