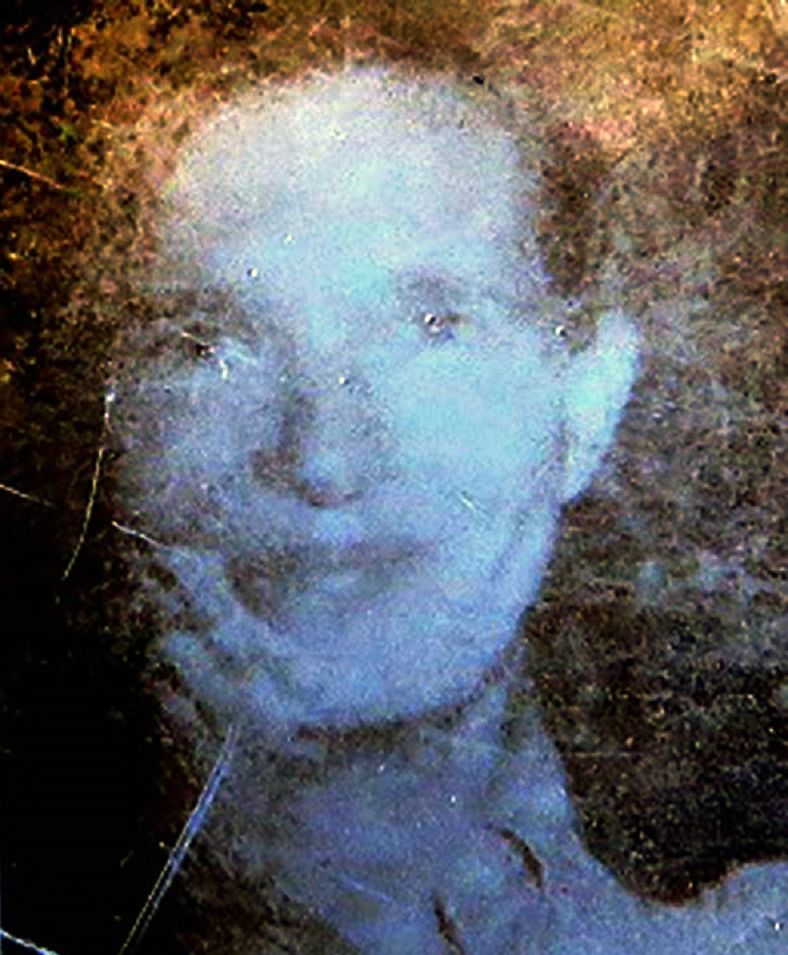 A husband took his wife to a doctor’s appointment. When he returns to pick her up, she had vanished. No one knew anything, until now, 42 years later.
He took her to a medical appointment she had that day. Nothing seemed wrong. She just had a bad head cold. He dropped her off and told her he would come back in an hour when she’d finished. As the hours sped past, there he was, waiting for his wife to appear. But she never did.
Until now, with one simple word and one photograph, a 42-year-old cold case is closed but nowhere near solved. 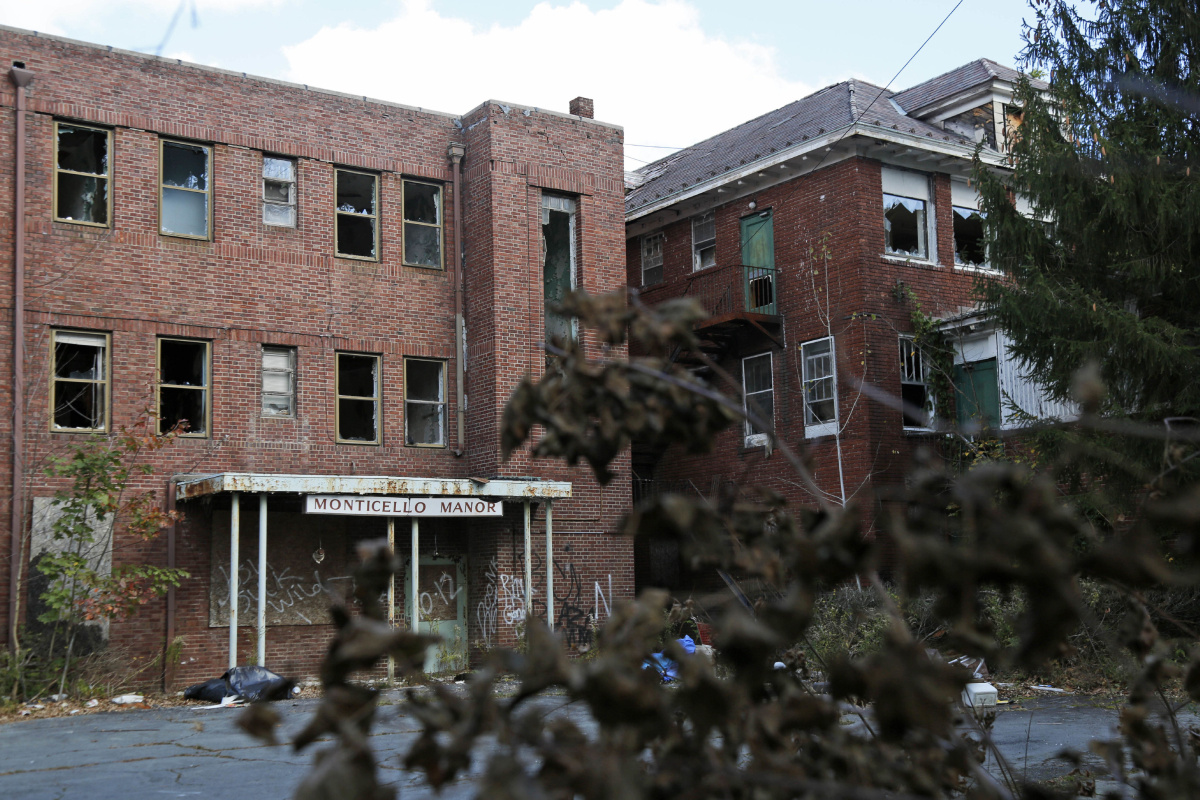 Florence “Flora” Stevens was last seen by her husband on the night of August 3, 1975. She was a 36-year-old woman full of life and adventure who worked at a resort in the Catskill Mountains. That night, she was feeling under the weather due to the flu.
Her husband drove her to a doctor’s appointment in Monticello, New York. But, when he went to pick her up, she was nowhere to be found. 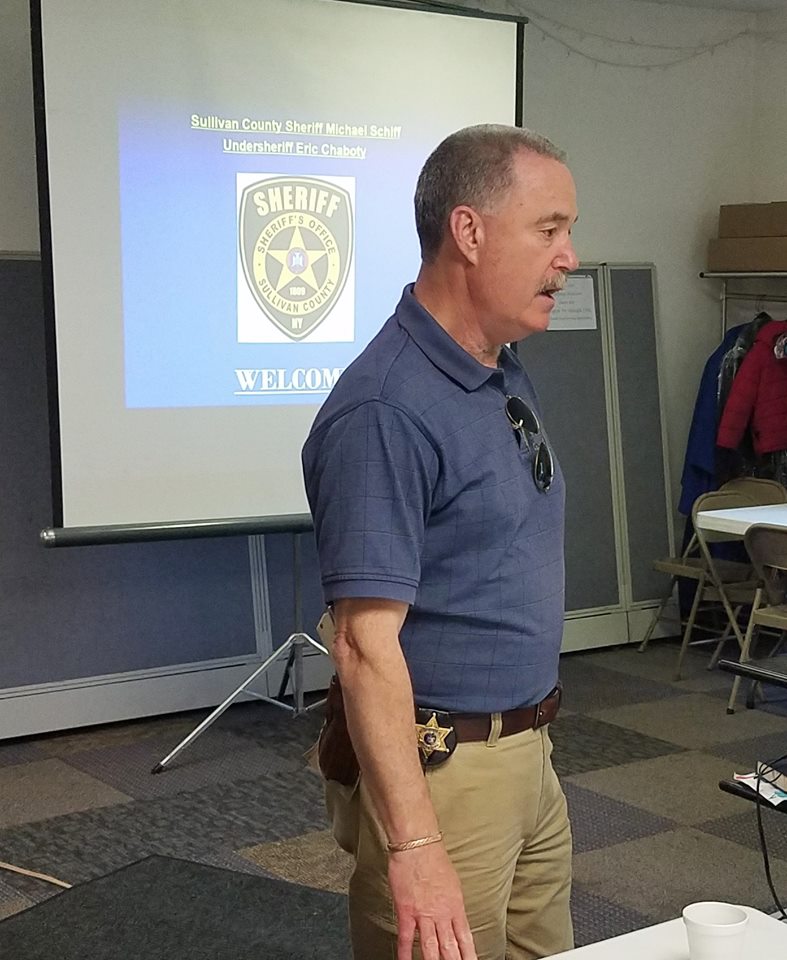 The whereabouts of Flora were utterly unknown. The case was opened and was in full force, with detectives searching for her and her bizarre disappearance. But the case eventually went cold as they could not for the life of them figure out what happened to Flora.
They would have never guessed the case would be reopened almost half a decade later. 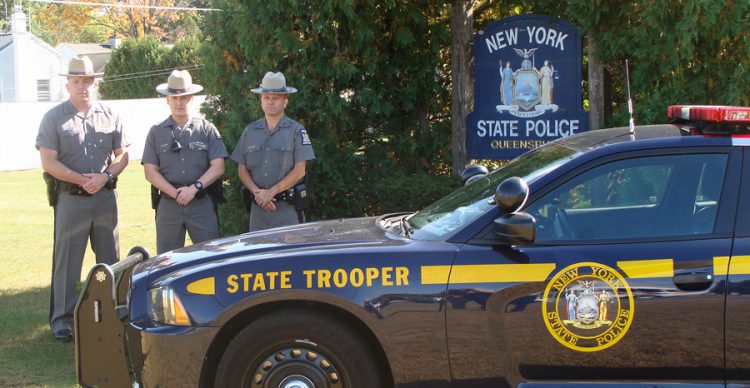 In 2017, Yan Salomon, a senior investigator with the New York State Police had just stumbled upon something that might just give him answers to a case he did not know existed. The skeletal remains of a woman had been found, and he was in desperate need of identifying the body.
His next move had him scrambling for his phone. 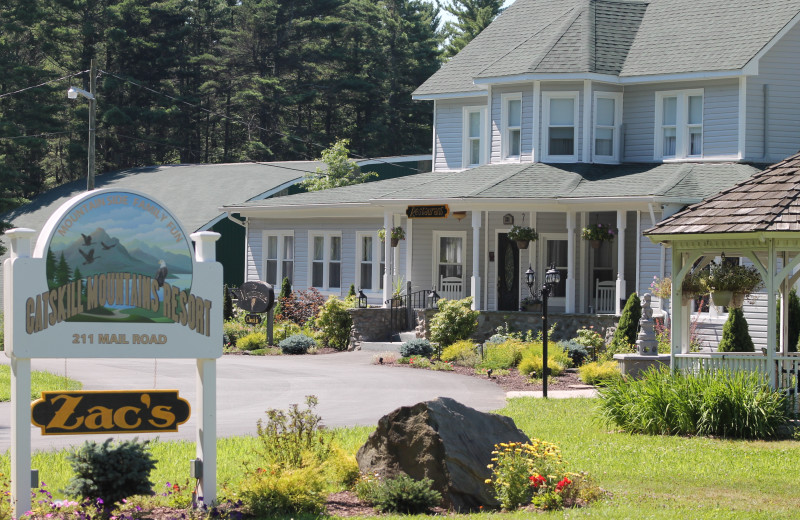 Salomon called the sheriff’s office in Sullivan County; he needed to talk to a detective. The woman they had found the remains of had been buried near the Catskills and they had to discover who this woman was. But nearly 70,000 women over the age of 18 go missing in the United States each year.
It was going to be an impossible task to identify this woman until they had a brilliant idea. 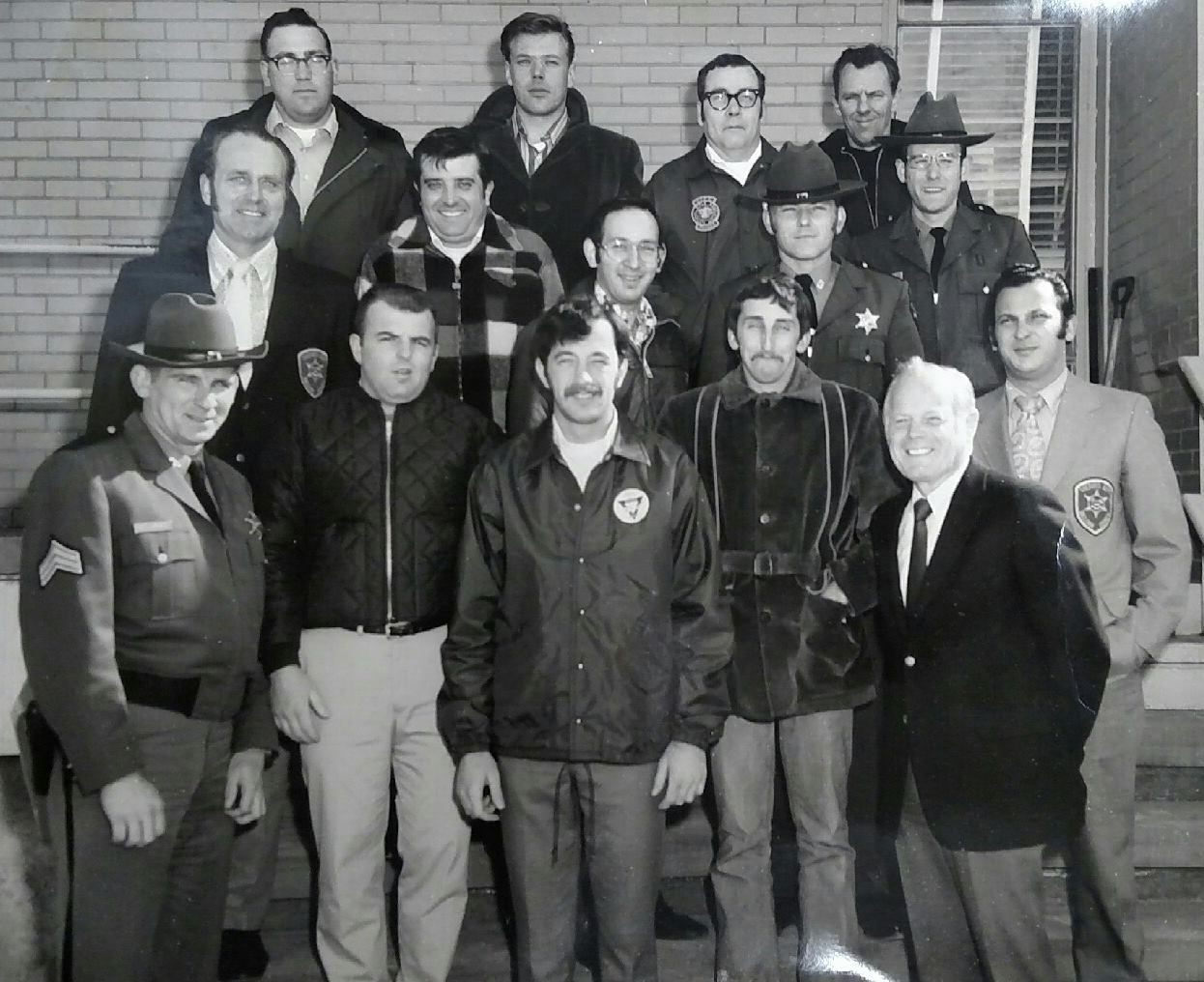 By January 2016, there were still 21,894 active cases of missing women throughout the U.S. Files that went cold and were put in storage but remain very much alive.
Salomon knew he had a tough task ahead, his team and himself would have to go through the thousands of open cases and find similarities to the body the had found. This created a series of possible identities for the woman. Until one stood out. 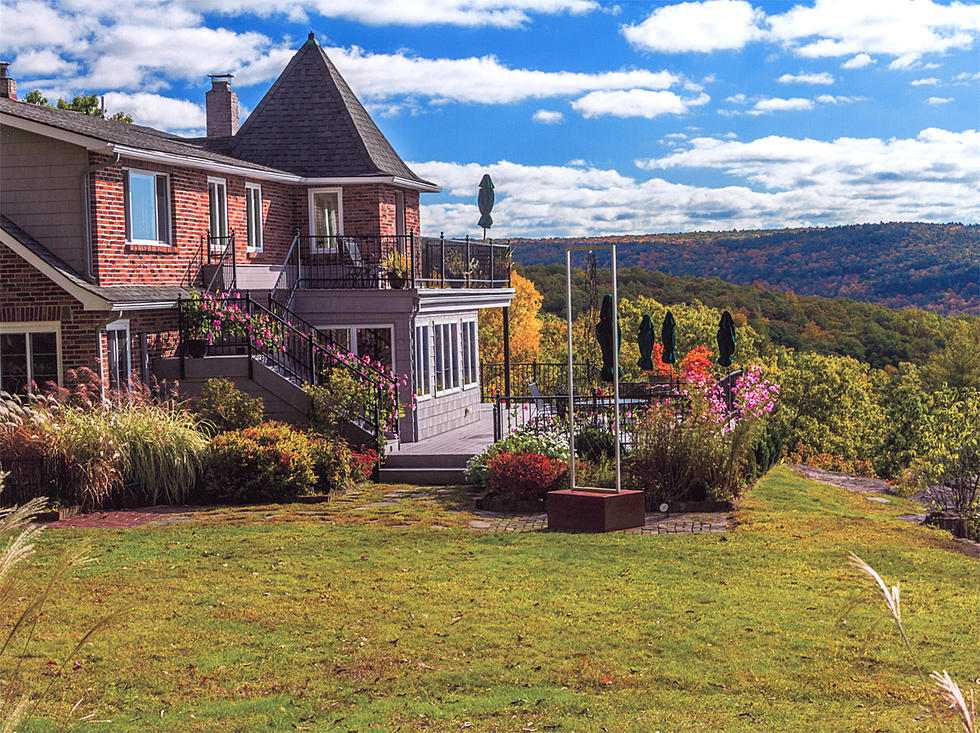 It was a long shot, but Salmon headed to Sullivan County and began his research.
He decided to simplify the investigation a little and went on to do local searches that could pinpoint the identity of the woman, with his various skills he knew the woman they had found must have been from the area, and began, one by one searching for answers. 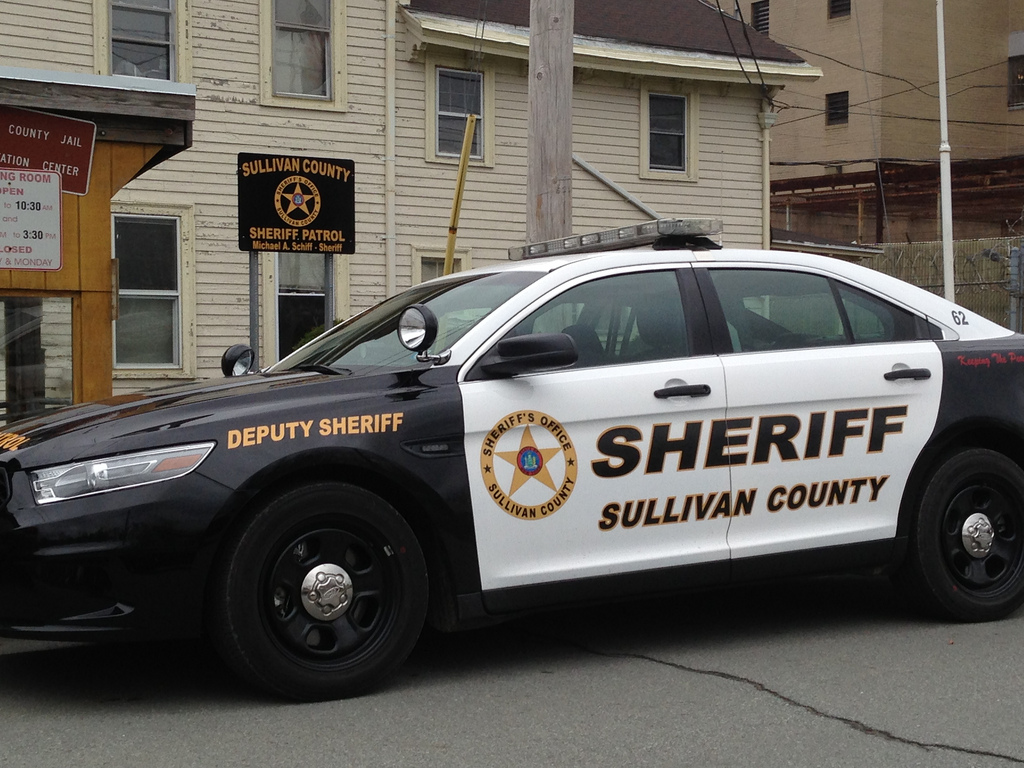 Sullivan County had an open case from years ago that roughly matched the description. Could that be it? Would the case be closed? Salomon asked the investigators to see this woman’s case file, to see if the missing woman had any living relatives.
The missing woman’s file was old; it dated from 1975 and the information provided on it was null. But something did click. 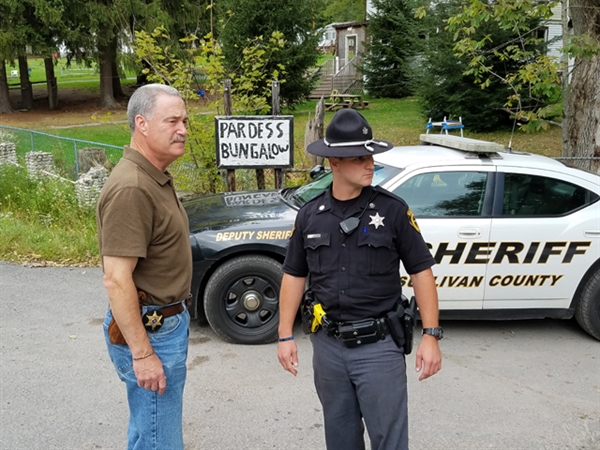 Salomon differed the case over to the Detectives in Sullivan County, Detective Rich Morgan was assigned to it, and his main task was to connect the dots between these two women. While reading the file of the missing woman, they had come upon incredible new information, the missing woman’s work ID was found, and she had worked in the Catskill Mountains – where the corpse of the woman was found, but one day in 1975 a 36-years-old woman went missing and never reappeared.
Her name was Flora Stevens. But that wasn’t the only incredible discovery. 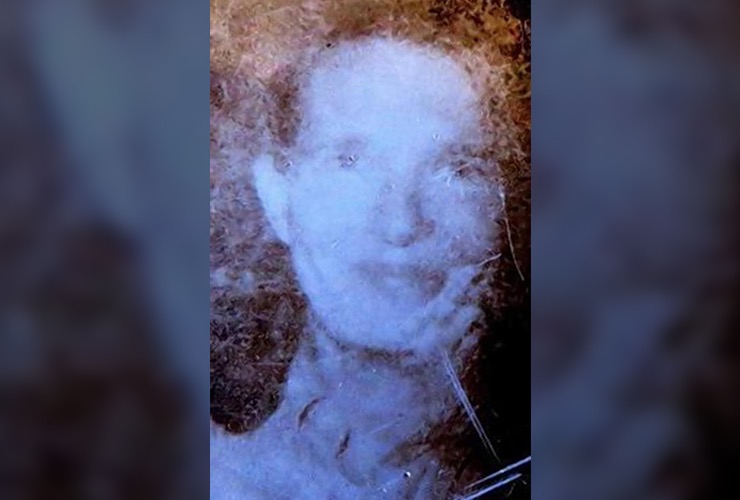 Detective Morgan had connected the dots. The woman found, and the cold case was linked in many ways. He then began a further investigation into the life of Flora Stevens. When she went missing, her husband had actively been trying to find her. He had dropped her off at a medical appointment, but when he went to pick her up. She wasn’t there.
From then on, her case was opened, but nothing appeared. Flora’s husband died 10 years after she disappeared, as did the case – until now. 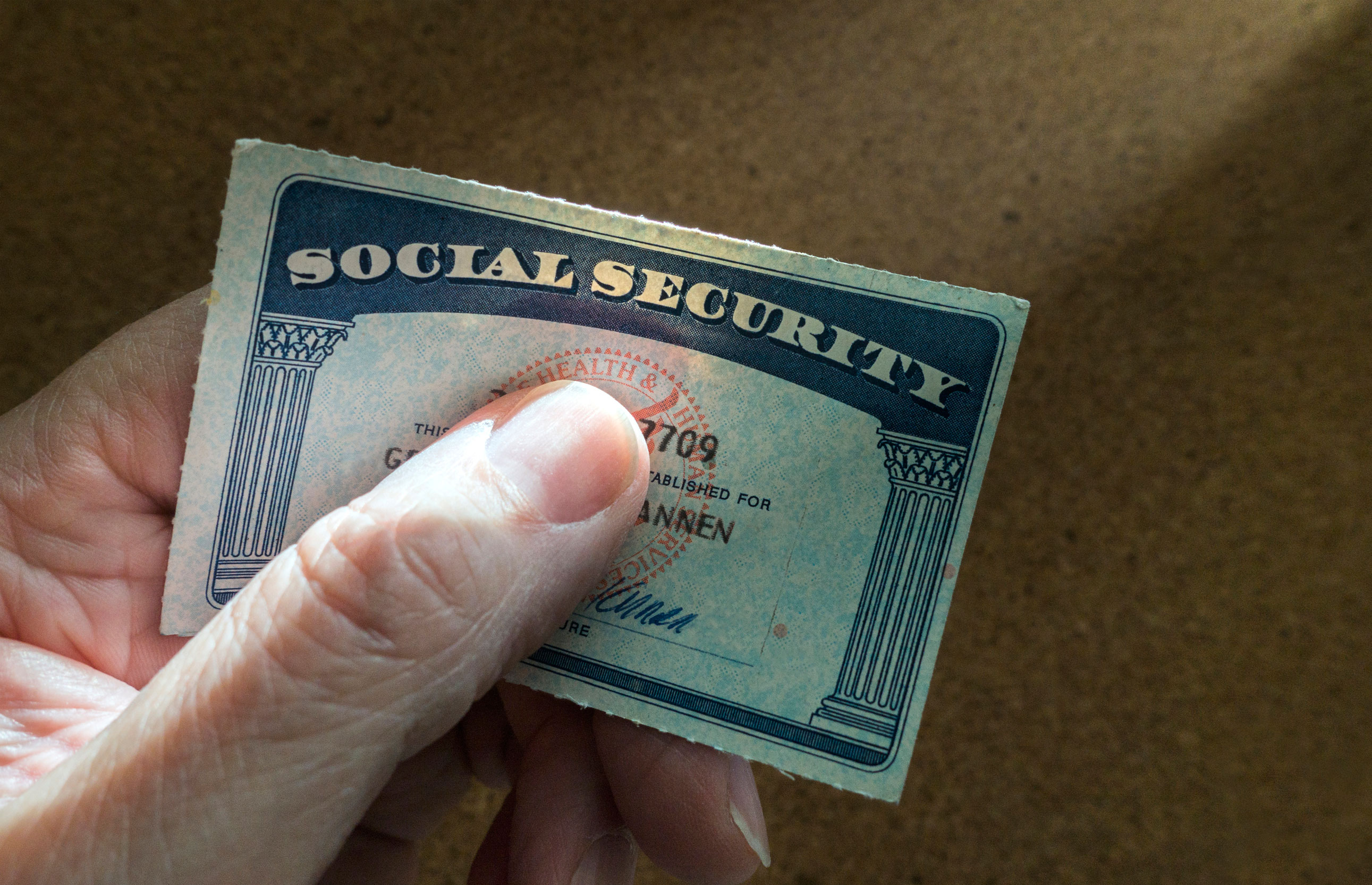 Detective Morgan had a pretty tough job on his hands, with no relatives and no one he could speak to about Flora, he did not know how he could prove that this was the woman who had been found dead.
He started shifting through local and national databases and hit on one crucial clue – someone was using Flora Steven’s social security number in Massachusetts. 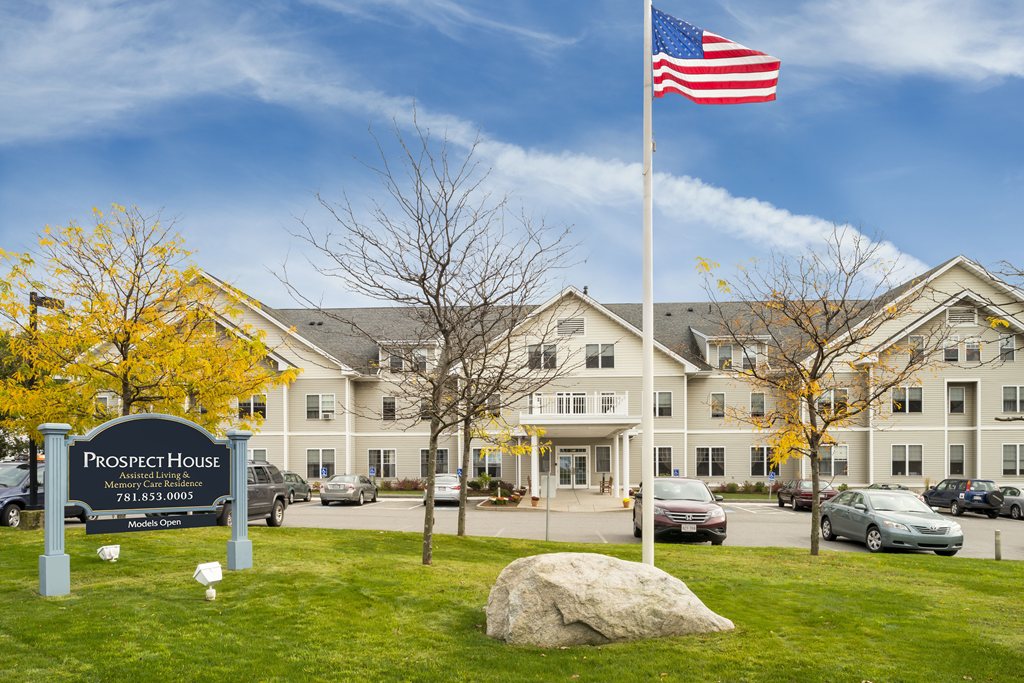 He tracked the number down to an assisted living facility north of Boston. He was shocked, someone had stolen a missing woman’s social security number.
Detective Morgan called the facility, and the staff there confirmed that the number belonged to a Flora, but her last name was not Stevens, it was Harris and had been in the facility since 2001. 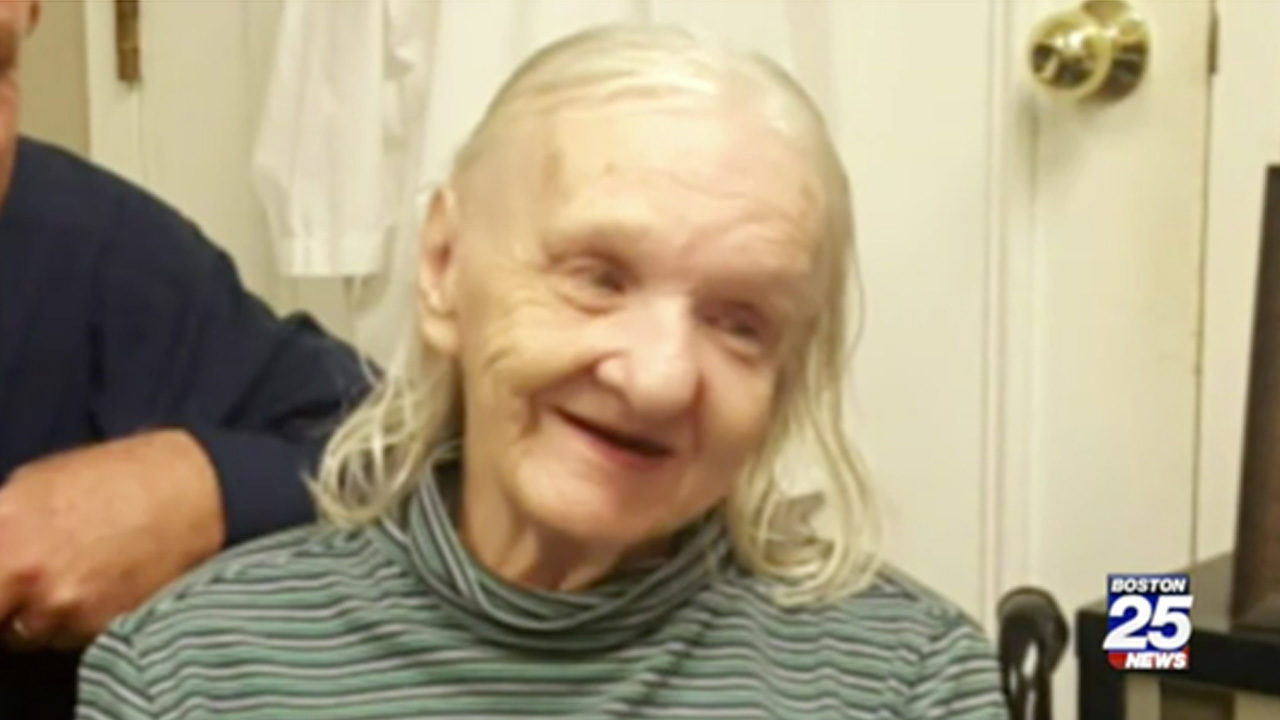 Detective Morgan and another investigator went to the facility. They could not believe what they had found. A case that went cold, so many years was now emerging itself into their lives. Admittedly, this meant something. “Same first name, different last name, but same birth date and social security,” detective Morgan told CBS Boston. They had to talk to Flora.
Was this an identity theft crime? 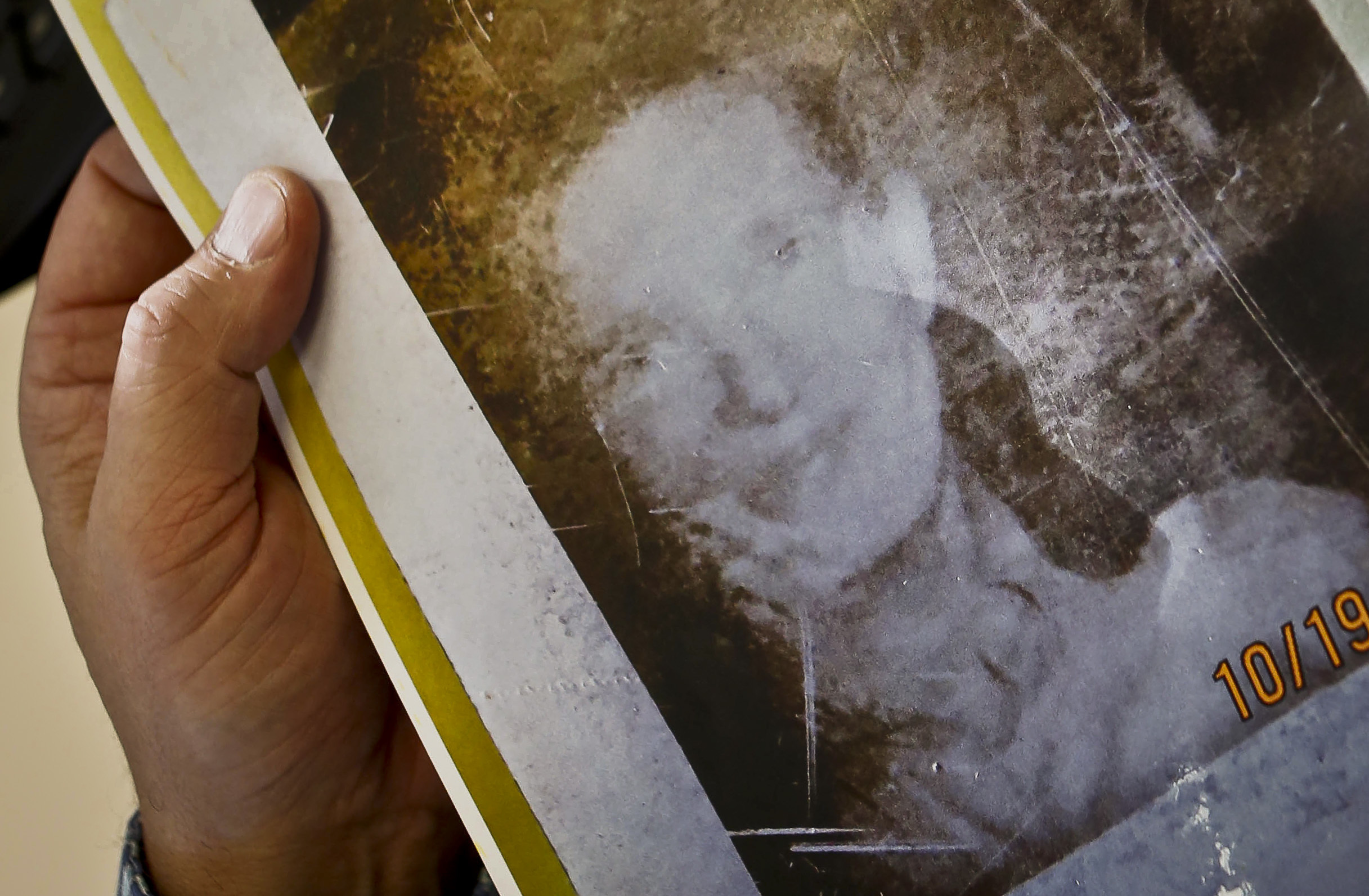 Just in case, the detectives went with the only picture they had of Flora in the database, her old work ID she used while she was at the Catskill Mountains. They headed over to see Flora, and as the introduced themselves, she swiftly did something that left the detectives gasping.
Flora took the picture and pointed at it. “She says that’s me, or me, she responded with one word, me,” detective Morgan told CBS. How could this be possible? But then, they showed her a picture of her husband, and she uttered “Robert.” They had found the missing woman. 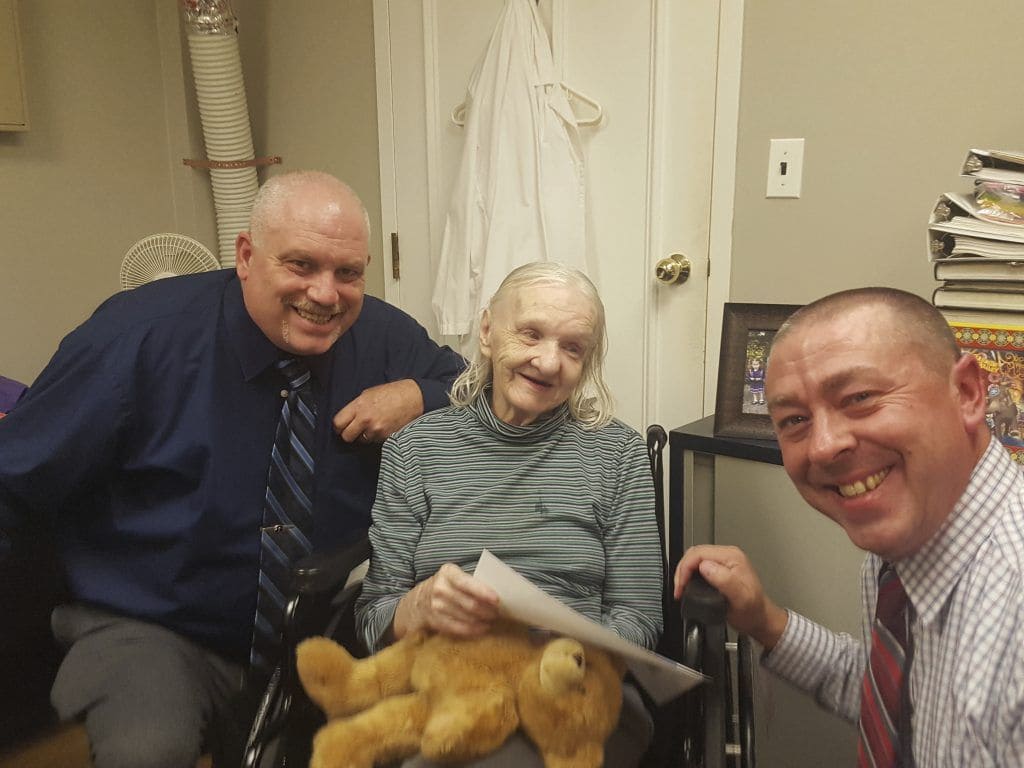 Sadly, Flora couldn’t clear up the mystery surrounding her disappearance. She suffers from dementia and doesn’t remember anything in the last 42 years. “We really don’t know the circumstances of why or how she disappeared,” detective Morgan said. But they did have more clues, Flora’s caregiver Mbuva got bits of her background. He says Flora told him she came from a bad marriage, and that her husband had been abusive. That she had grown up in Yonkers and that the main thing that characterizes Flora is this one phrase: ‘none of your business.’
Sullivan County has officially closed the case, they confirmed Flora Harris was indeed Flora Stevens. “It is not too often that you get to solve a 42-year-old missing person case,” Sheriff Mike Schiff said in a press release. But can they go back to the way things were 42 years ago?
Must Read
European Space Agency Budget Increases By 10 Billion For The Next 3 Years
Artemis 1 Finally Launches: What It Means For Space Travel And Exploration
Clam Species Presumed Extinct For 40,000 Years Has Been Found Alive