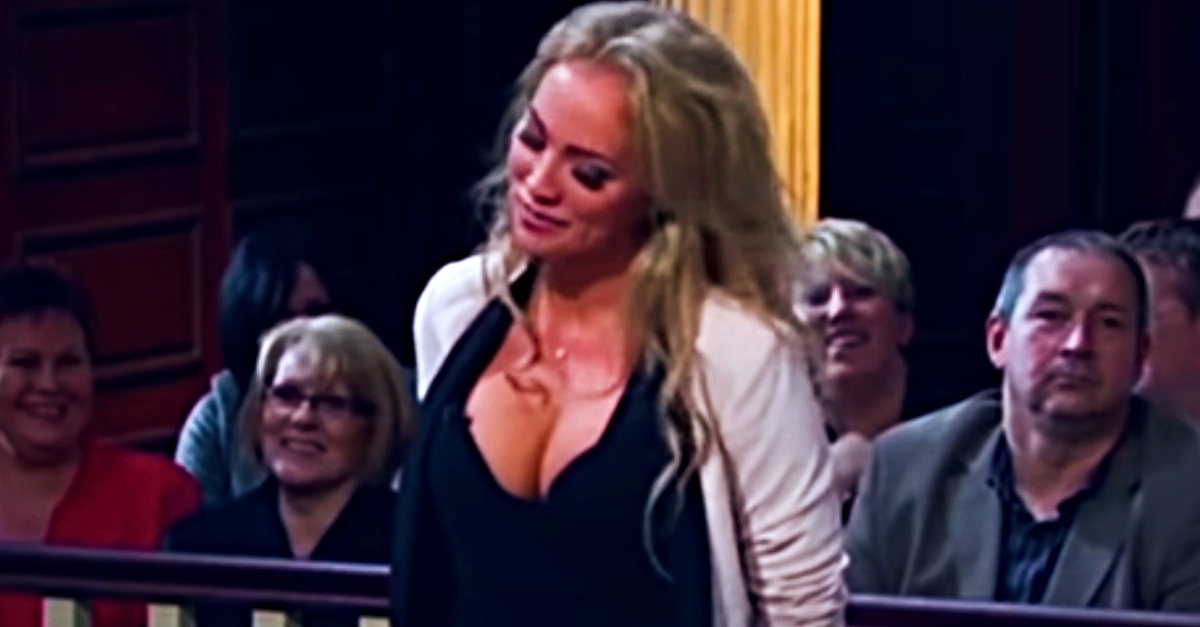 Joanna Miller had been taken to the cleaners after her ex-husband Pete had divorced her. Joanna had been cheating on him with multiple men and had quite the name for herself around Seattle, where they were from.

She was livid with Pete. She deserved so much more but he had the money for better lawyers and she walked away with practically nothing. In a last-ditch attempt to get under his skin, Joanna decided to do this right in full view of his yard with every man she had cheated on him with along with more there. 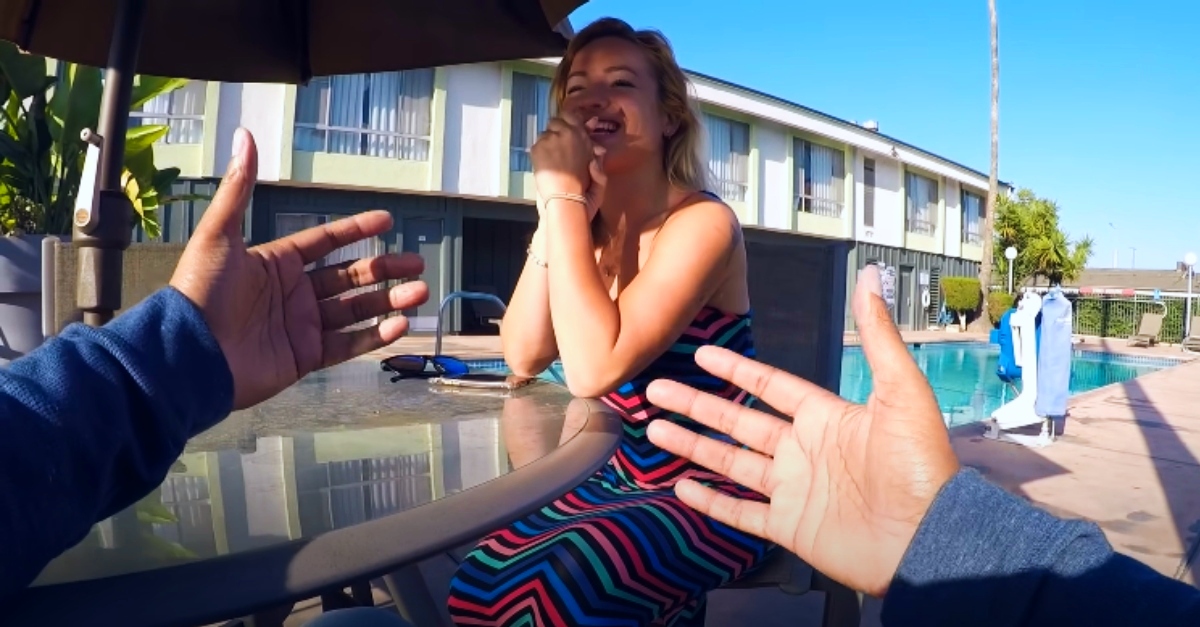 Joanna and Pete Miller had had a happy relationship at one point but that was many years ago. Despite their massive initial chemistry, Joanna’s old wandering eye came back after a few years together when she cheated on him with Pete’s friend, Jared.

She got away with it this time and this caused her to grow more confident. She loved the attention and wanted to cheat again. However, Pete was beginning to notice her constant absence and lack of affection. She was about to be found out. 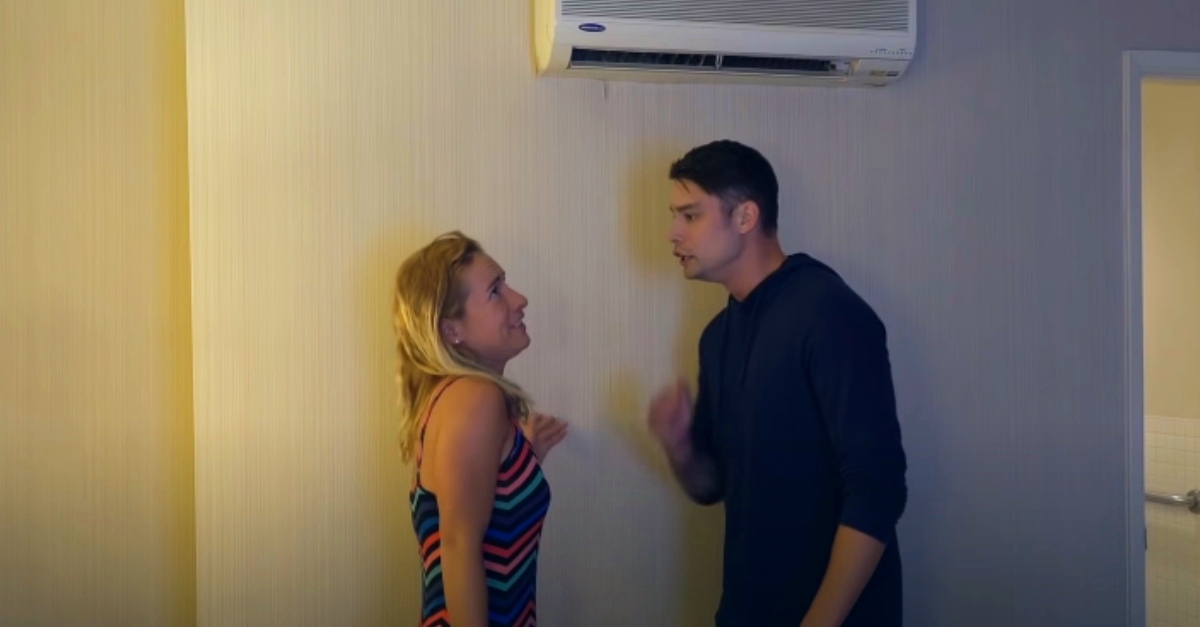 Pete came home one night early after he told Joanna he was out at a bar with his friends and saw an unfamiliar car in the driveway. He had had his suspicions with Joanna for a while now and this was concrete evidence.

He stormed into the house and into their bedroom where he saw Joanna closing the window. “You had a man in here! Who’s car is in the driveway?” roared Pete. “You are crazy, wow listen to yourself! There’s no one here you crazy stalker!” laughed Joanna. Pete ran around to the front of the house. The car had gone. He wasn’t through with Joanna yet. 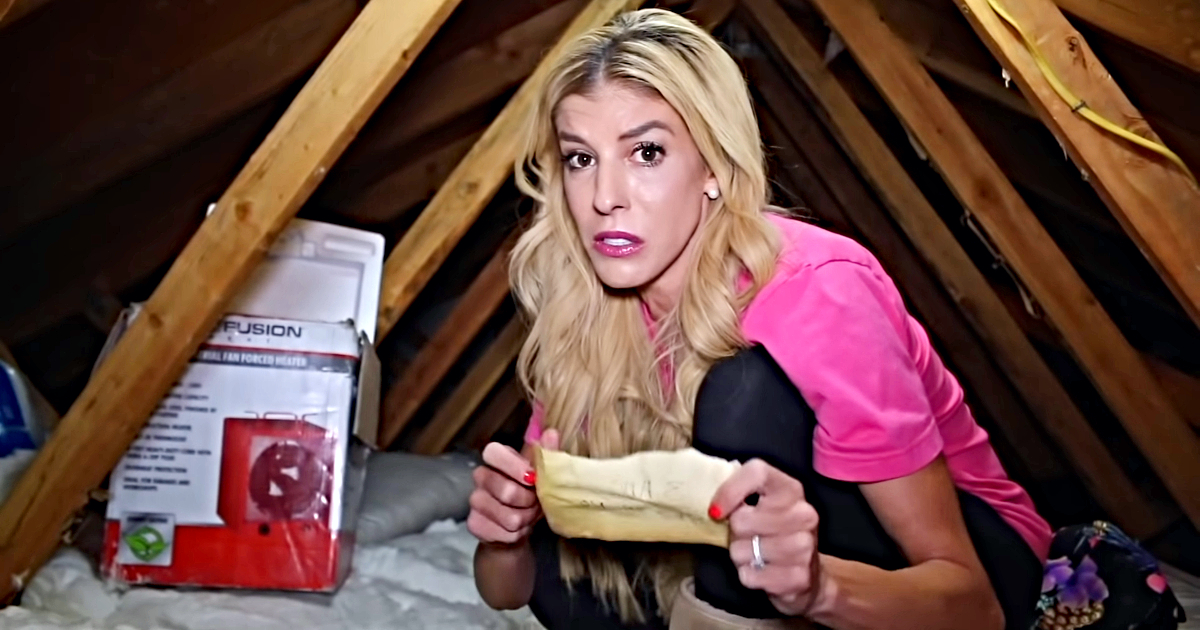 Pete knew she was cheating on him but he needed concrete evidence in order to take her to the cleaners. He knew Joanna had no self-control so it was only a matter of time. One night he told her he was going to his parents for the weekend and naturally she wanted to stay put. He pretended to drive away, parked his car down the street, and ran back and jumped in a side window he had left open.

Sure enough, he heard a car pull in, the door open and a strange man’s voice. Then noises he didn’t want to hear. This was his chance. He got his video camera out and walked into their bedroom catching her in the act with a man he didn’t recognize. He was going to take her for all she was worth for humiliating him and breaking his heart. Little did he realize but she would do far worse with multiple men in full view of his window. 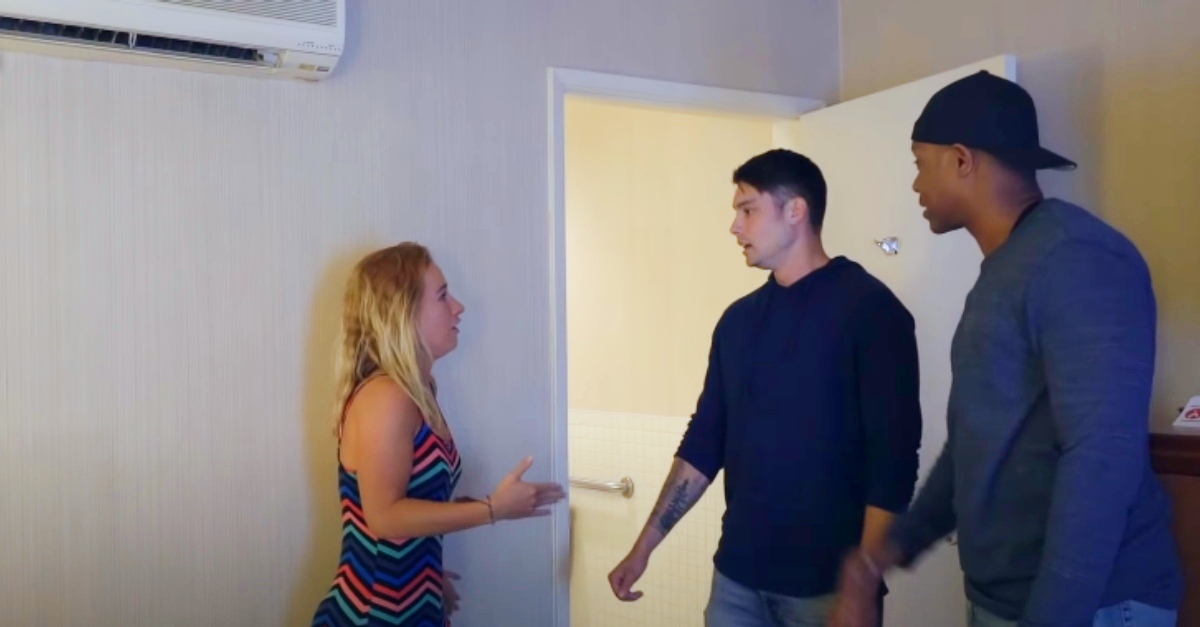 Pete had to confront her about her actions, she had nowhere to hide anymore. He asked her why she had done what she did and she simply replied that she’d gotten bored of him and she needed more than just one man to make her feel wanted. Pete broke down in sobs. He had always tried to make her feel wanted but he clearly wasn’t enough.

Bizarrely, her date stuck around and tried to help diffuse the situation. He even comforted Pete by saying how much he would enjoy playing the field after his divorce and how he was better off without Joanna. Apparently she had been with every member of this guy’s basketball team. Yikes. Poor Pete would see her with each one of these guys once more before Joanna was through with him. Pete was faced with the most heartbreaking decision. Even though he still loved her in spite of everything she had done, he knew in order to keep his dignity he had to divorce her.

While they were planning their divorce, they stayed in their house but in separate rooms. Joanna continued to bring men over every night and Pete had to listen to them. His lawyers were going to get the revenge that Pete deserved for him. 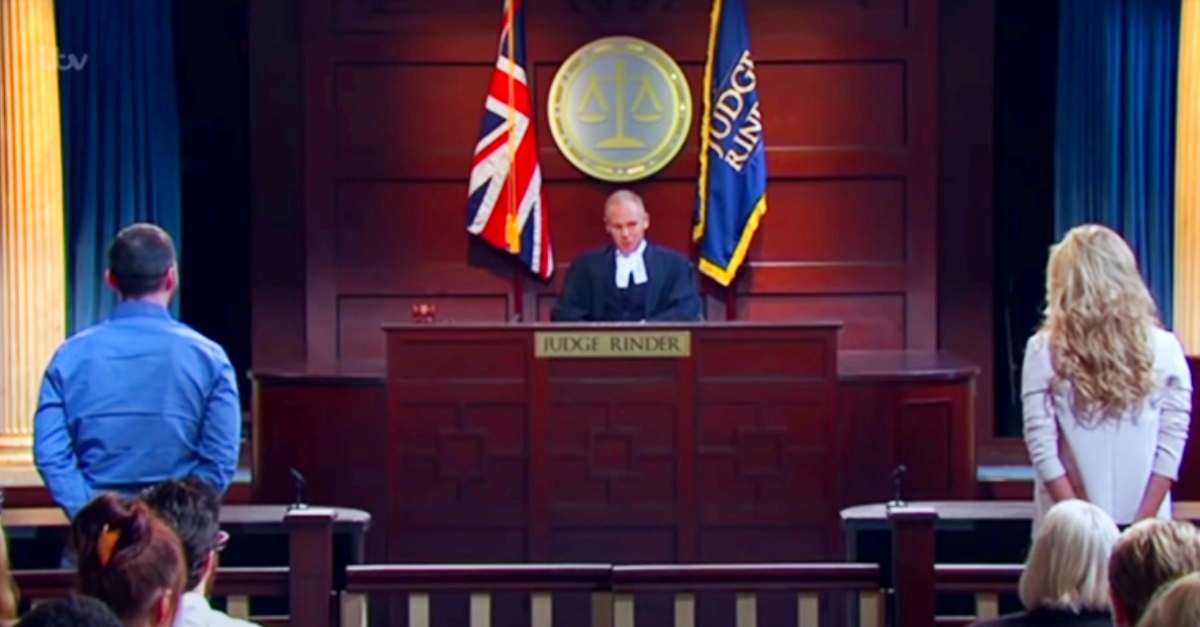 The day of reckoning was finally upon them. The ex-couple arrived in court separately, Joanna bringing a date. Joanna was confident she would be getting everything she deserved, which in her head was a lot.

Pete had been through weeks of meetings with his top-class lawyers. With the videotape he had of her and the man he found her with, he was certain that she would be leaving with nothing. She would get the ultimate revenge on him for the result in classic Joanna fashion. 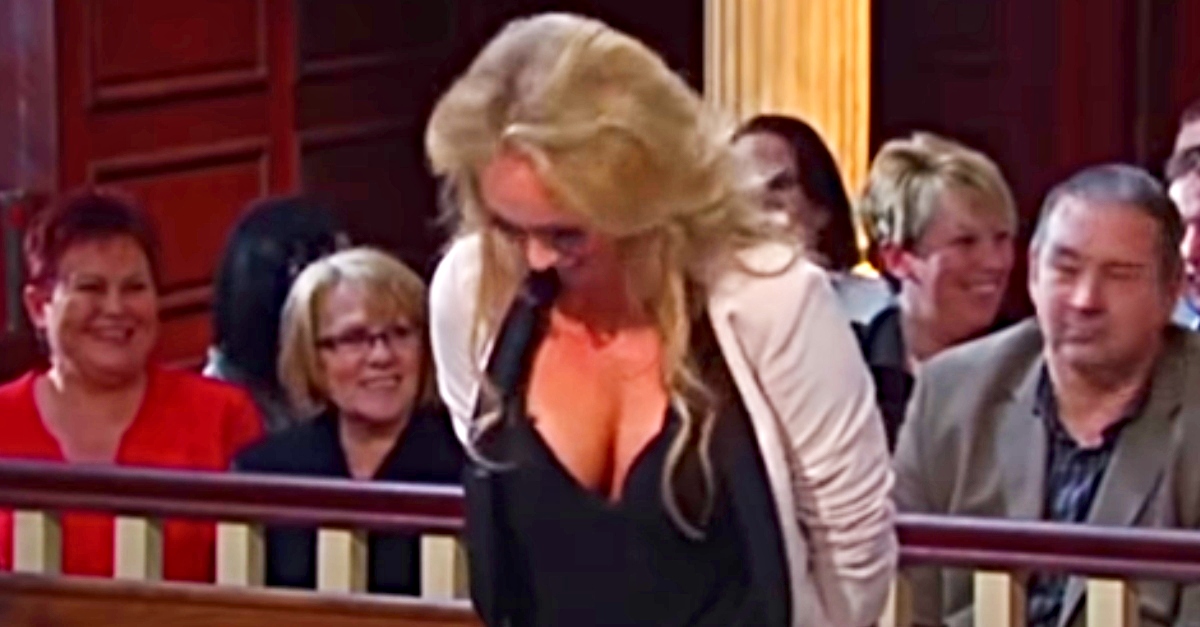 Joanna was shown to be the uncaring cheater she was in court and Pete’s lawyers tore her to shreds. Pete came out the clear winner in the divorce.

Joanna was shown no mercy by the judge and the jury. She came out with no claim to their house at all. Pete was finally free of her and cheating. Or so he thought.

Conditions Of The Divorce

There were some conditions to the couple’s divorce, however. Joanna may not have gotten the house but she did get a small plot of land in the couple’s garden.

This was all her lawyers were able to get for her in the fallout. Joanna was very disappointed. She needed revenge. As she stood there in court, humiliated, a devious smile appeared on her face as she realized just how she would get it.

The Plot Of Land 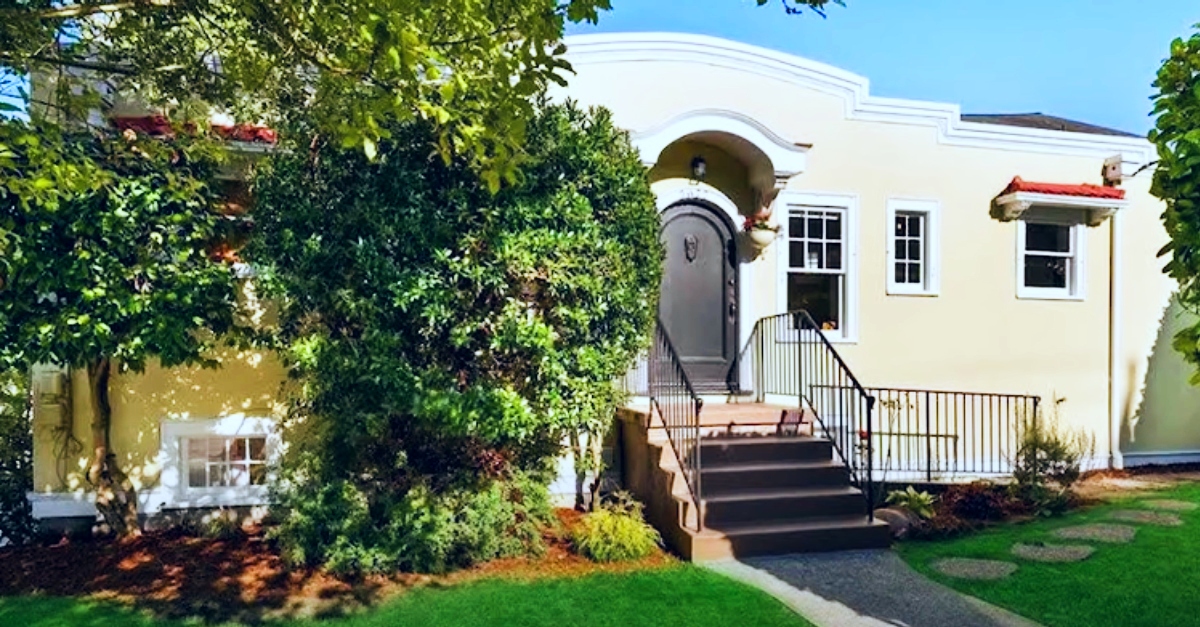 The couple lived in this gorgeous townhouse in Seattle until their divorce. Joanna was extremely bitter about having to leave it. She believed it was rightly hers despite having no legal claim to it. Poor Pete believed they might raise kids there. How wrong he was.

Joanna decided to use what she did get in the divorce to her advantage. The little plot of land in the garden. It was rightfully and legally hers and she would use it to make Pete see exactly what he was missing out on, right in front of his kitchen window. 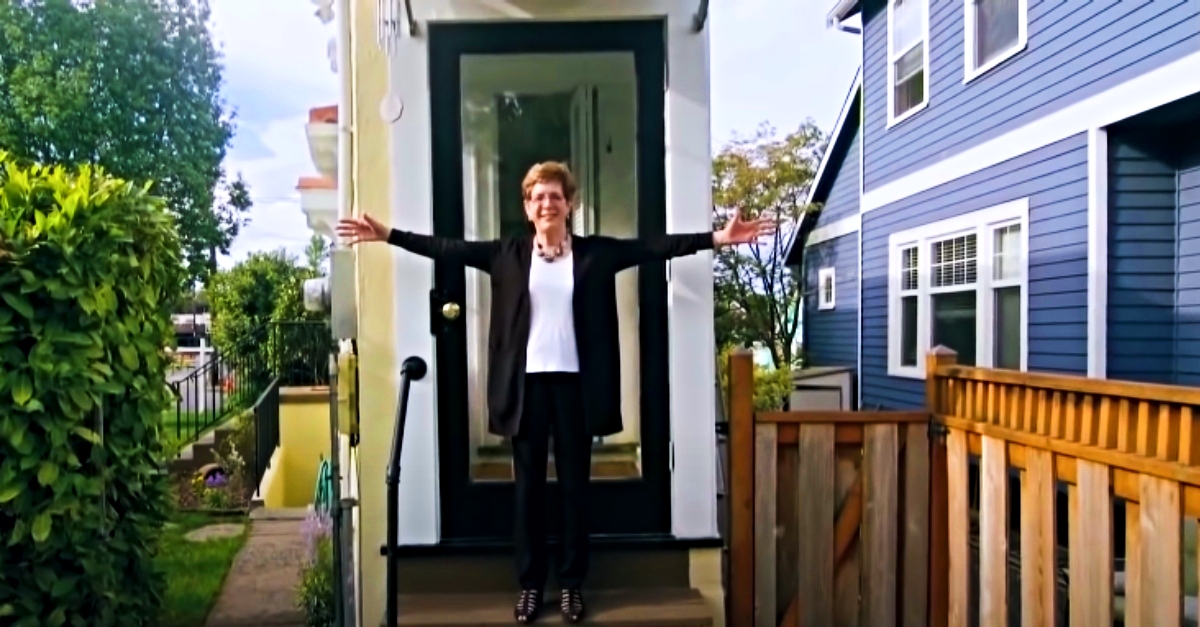 A tiny house that fit right into Joanna’s tiny plot of land that she had gotten in the divorce. She was not letting Pete away with leaving her with nothing. She wanted him to see everything she got up to without him. Pete sometimes couldn’t help but watch her when she left her windows open. 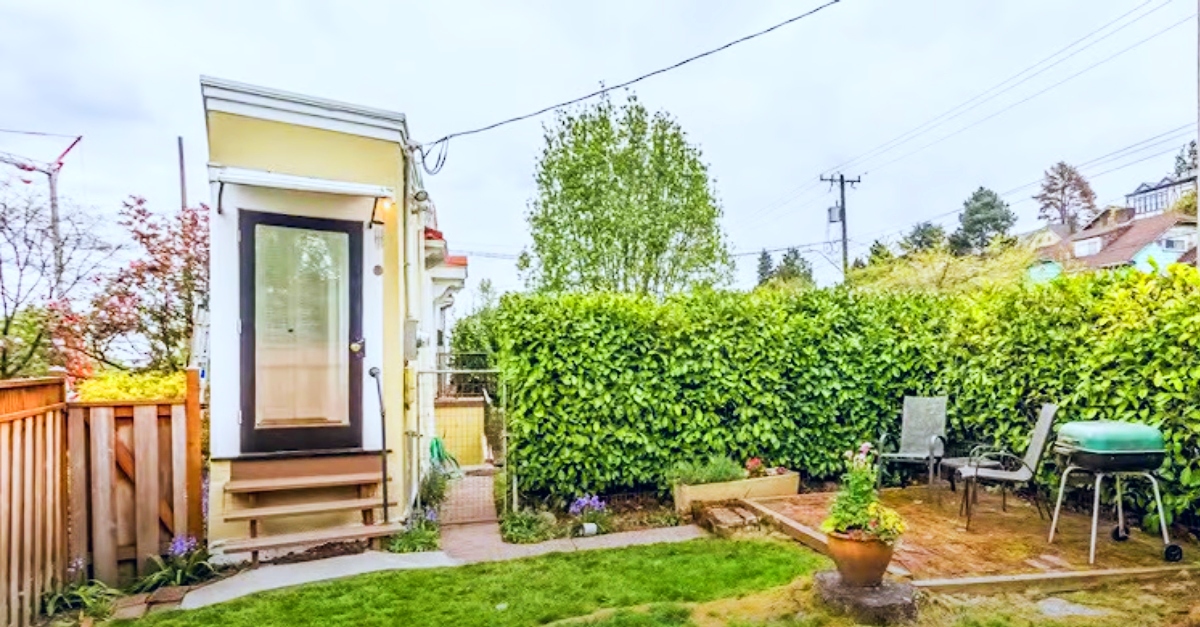 Joanna’s tiny house was very efficient and she was even granted planning permission for more land for a garden. The most devious part of her plan had to be the window placement, however.

Joanna conveniently placed her bedroom window in full view of Pete’s kitchen and living room. She loved nothing more than catching a glimpse of him staring in at her while she had fun with men in her bedroom. She may have gotten nothing in the divorce but she did get her ultimate revenge.