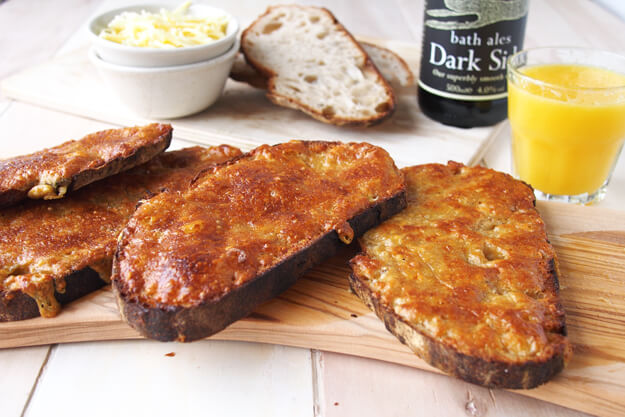 However, some food names bear absolutely no relation to what they actually consist of, while others have a link to the “look” or even the sound a food makes.

There are many examples of interestingly named foods, but to illustrate, we’ve rounded up three dishes and explained the reason – logical or otherwise – behind their names. 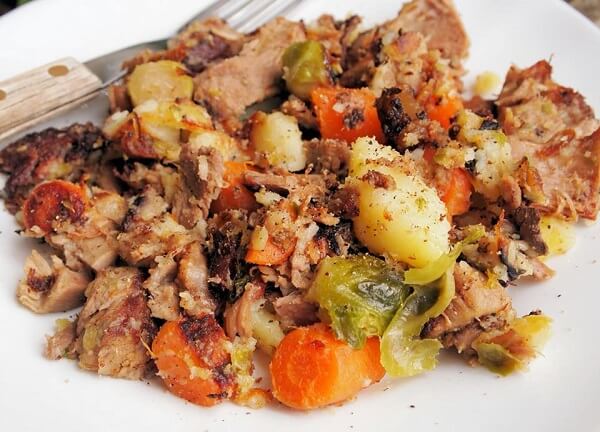 This one is a name that makes sense once you cook it. Bubble and squeak is a dish that’s designed to clear out all the leftovers following a Sunday roast, so by tradition it was often eaten as a Monday night supper. To make it, you chop up all the leftover veg, potatoes and slices of meat, mix them together and fry until the edges get all crispy and golden. As it cooks away, you’ll hear bubbling and squeaking coming from the pan as the fat hisses. Need we explain more about how this dish’s name came about?

When you’re scanning through an Indian restaurant menu and wondering what curry to order, does it ever make you wonder where the names for the wide variety of different curries out there come from? For instance, what’s behind the name of a dish like chicken tikka masala?

The origins of the chicken tikka masala are disputed. Some claim it’s the invention of Ali Ahmed Aslam, a Pakistani chef working in Glasgow in the 1960s. Others say that the dish had been alive and kicking decades earlier in Punjab. 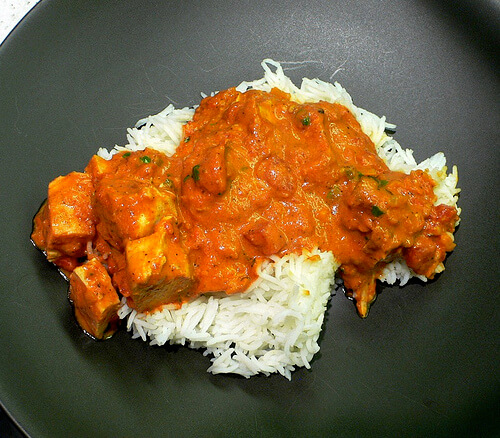 Breaking down the name, “tikka” means pieces or bits of meat in Hindu and Urdu, and chicken tikka is cooked traditionally in India and Pakistan on skewers on a brazier. Before being cooked, the meat is marinated in yoghurt and spices. However, the chicken tikka masala that’s cooked in most restaurants around the world today is prepared in a different way.

It’s still marinated, but then the chunks of meat are baked in a tandoor oven and served in a “masala” – which means in a spice mixture. Often there is tomato, cream, and/or coconut cream in the sauce.

Whatever its origins, the chicken tikka masala is one of the most popular curry dishes around, and for a while in the noughties, it held the top spot as the British people’s favourite dish.

To the uninitiated, Welsh Rarebit may be a little off-putting on a menu; especially if you’re fond of the little fluffy bunnies you sometimes see lolloping through the countryside. But fear not, and check the spelling once more (it’s “rarebit”, not “rabbit”, we promise).

If you order Welsh Rarebit, you’ll basically be eating a glorified version of cheese on toast. And it’s so easy, anyone can make it.

A cheese sauce is made with cheese, milk and flavourings such as mustard or Worcester sauce, then spread over toasted bread. There are plenty of variations – such as putting a poached egg on the top. Its name came about as a bit of a self-deprecatory joke; the Welsh couldn’t afford meat, so made a substitute dish and called it Welsh rarebit!

Next time you sit down to eat something, take a moment and see if what it’s called makes sense to you – or maybe you’ll have to google it and find out where the name comes from!