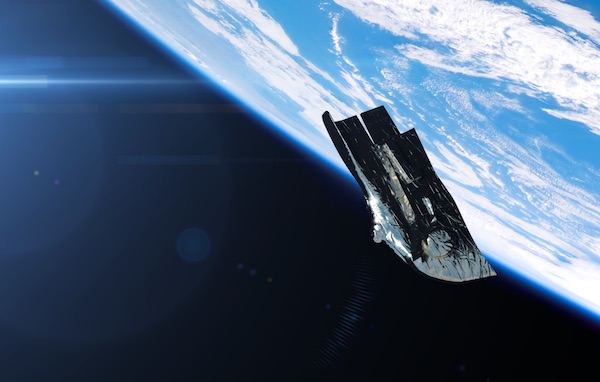 Is there really a 13,000-year-old alien probe orbiting the earth? If so, who sent it and why? Is the official explanation of the strange object in the photos true? The Black Knight has been an intriguing mystery for decades, and it may go back even further than that.

The possible existence of the Black Knight satellite was first suggested as far back as 1899 by none other than Serbian American scientist Nikola Tesla. It was at this time that Tesla began picking up and recording an unknown signal which appeared to originate from outer space.

The first confirmed radio signals from beyond our planet were detected in the 1930s but it was only 30 years later, during the 1960s, that technology advanced enough to be able to detect the sources. The radio waves are a natural emission from a type of star called a Pulsar.

So What’s The Black Knight?

In 1998, a series of photos taken during the construction of the ISS, showing a strange black object emerged. According to official reports, the object is simply a thermal blanket that had slipped from its tetherings and drifted toward the planet, eventually entering the atmosphere and burning up.

Many people, however, claimed that the photos showed proof of the Black Knight satellite, as it became known then, and claimed that the official story was nothing more than a coverup. The theory spread and gained popularity.

Proponents of the ‘alien artifact’ theory claim to have a ton of evidence proving that the Black Knight satellite is not only real but over 13,000 years old. The fact is that the connections between the pieces of evidence are tenuous at best. It appears most likely that the theory has over time been cobbled together from various pieces of information and references to objects called Black Knight with little to connect them conclusively.

The official story seems most plausible. Other experts and journalists, such as James Oberg, have examined the photos and also concluded that it is most likely man-made space debris, most likely a blanket as stated in the official report.

While the official story is most credible and likely, the true answer will only be revealed once we go back and find the satellite, which has never been photographed since 1998. Is there really a massive government coverup? To quote the X-Files: The Truth Is Out There.