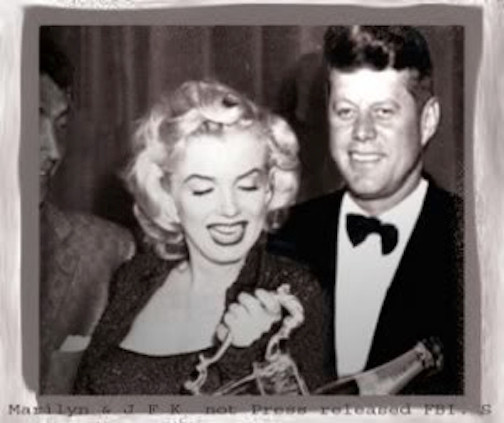 Following the assassination of one of America’s most beloved Presidents, John F. Kennedy, a list of weird coincidences exposing a supposed link between Abraham Lincoln and JFK surfaced. While the sources from all these strange similarities are hard to pin down, they continue to hold some fascination for many people and occasionally flare up as viral emails or on Facebook news feeds.

Is the universe trying to tell us something using subtle hints?  Let’s find out.

Both were particularly concerned with civil rights.
Both wives lost a child while living in the White House.

…Now it gets really weird….

Both assassins were known by their three names.
Both names are composed of fifteen letters.

…Now hang on to your seat….

Lincoln was shot at the theater named “Ford.”
Kennedy was shot in a car called “Lincoln” made by “Ford.”

Booth and Oswald were assassinated before their trials. 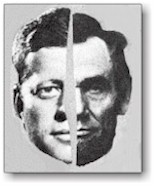 At first glance, these coincidences seem intriguing… but instead of saying “mind blown,” we might want to consider having our brains deflated.  This is a classic case of cherry-picking data:  hunting for bits of data that could  make the actual data seem more interesting and fascinating – and supporting a pre-conceived notion – than the truth.  There’s nothing like a little confirmation bias to bolster one’s beliefs, right?  Maybe a little anomaly hunting, to top it off?

Let’s play a game of Deconstruct and Debunk as we take a look at some of the most egregious of these cherry-picked, “facts.”

There are a few centurion milestones associated with these two American leaders, their political careers and their assassins, which include these associative dates (respectively):

The fact that both assassins were born one-hundred years apart is actually false since John Wilkes Booth was born on May 10, 1838, not 1839. As for the century that separates the presidents, when you think about it, congressional and presidential elections are held every four years, so the fact that this round number is associated with both of them going into office should come as no big shock to anyone. 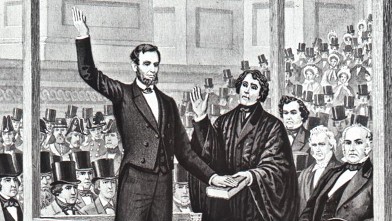 Here’s one that’s hardly worth mentioning, but Lincoln and Kennedy’s last names both contained seven letters. Surnames like Lincoln and Kennedy are fairly common, but it’s perhaps a bigger surprise to learn that both of their assassin’s full names, John Wilkes Booth and Lee Harvey Oswald, have the same number of characters at fifteen. But if you examine it even further, the first name of Abraham and John do not contain the same number of letters, Kennedy’s middle name was Fitzgerald and Lincoln didn’t even have a middle name. 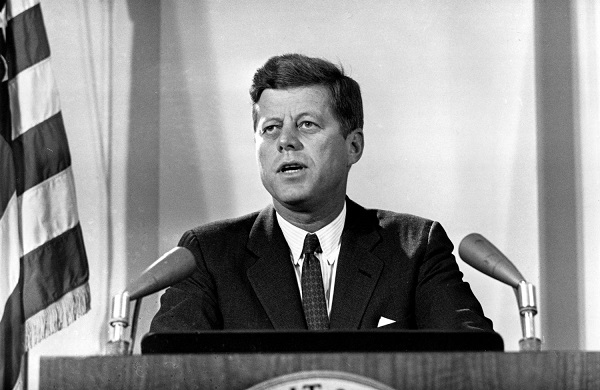 The assassins “going by” three names are not true either, although that is what’s written in the history books. In fact, the actor, John Wilkes Booth was billed as J.W. Wilkes at his request in order to distinguish himself from other members of his famous family who were also thespians.

Some other coincidences include the fact that both of these Presidents were shot on a Friday in the company of their wives. With one-in-seven odds that an occurrence would happen on any given day of the week only, I’d love to see those kinds of odds in a casino. And as with any politician, while not as big of a media sensation during Lincoln’s time, being seen out with their wives, kissing babies and shaking hands, this is a fairly common occurrence, hardly worthy of making this connection. 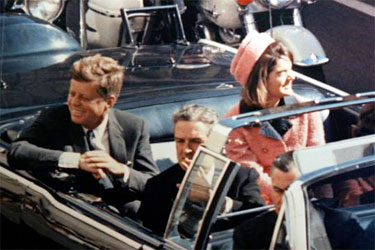 They were both shot in the back of the head while they were seated. While both of these facts are true, when you think about it, isn’t that the first choice of a target for an assassin’s bullet?

Also, Lincoln was seated in the balcony of the theater and since he was shot from behind, it’s believed that no one in the audience even saw the shooting take place. 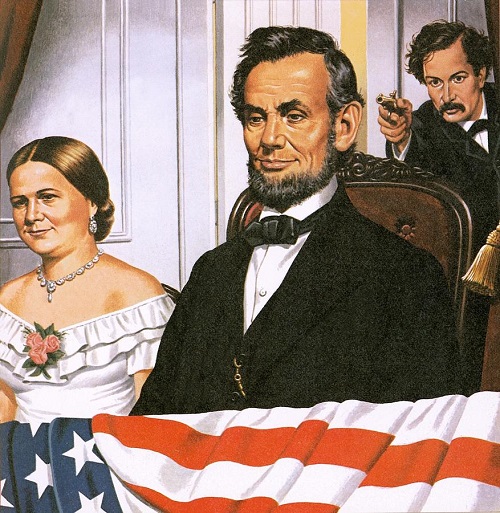 The Secretaries and Their Warning

Another fallacy, that Lincoln had a secretary named Kennedy and vice versa, and that each of them warned the President not to go to the place where they met with their tragic deaths. Although Kennedy did have a secretary named Evelyn Lincoln, the names of Abraham’s secretaries were John J. Nicolay and John M. Hay. I’m surprised no one said anything about both of their first names matching that of Kennedy’s!

In a court of law, the purported warnings given to these two men would be thrown out as hearsay, since there’s no evidence to support the fact those statements were ever made. But at the same time, it was likely they were both warned by someone not to make public appearances since political figures are often the targets for assassination attempts.

Another one hardly worth mentioning, and completely untrue, is that a month before Lincoln was assassinated he was in Monroe, Maryland and a month before Kennedy was killed, he was with Marilyn Monroe. JFK was shot on November 22, 1963 and Marilyn Monroe died more than a year earlier on August 5, 1962.

The claim that both Presidents were killed by Southerners is also false, depending upon what your definition of the word is – someone born in the South. John Wilkes Booth was born in Maryland, which is arguably a little more north.

When pointing to the correlations between these two men, those theorists should have checked their facts and they failed to reveal the many differences that existed between these Presidents. While it might be cool to find a multitude of coincidences, there’s actually many more differences, than there are similarities.