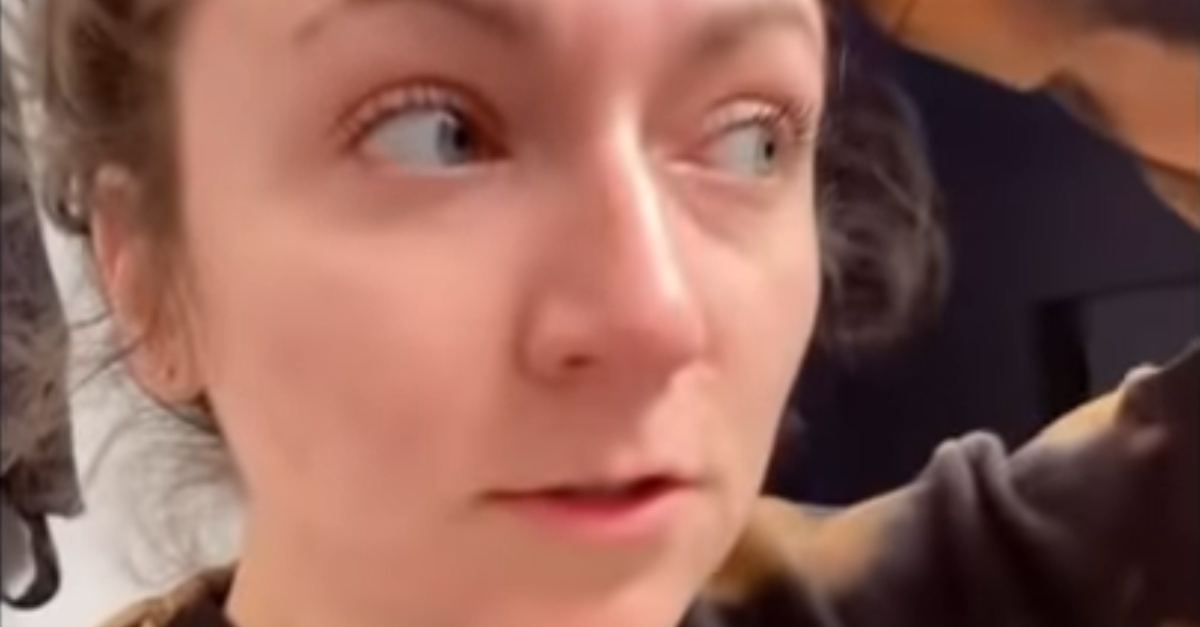 She began to wiggle the mirror until she could lift it off the wall. When she sees the dark hole, she can’t believe her eyes.

Convinced that the mirror was hiding a sinister secret, she decides to step inside and into the unknown. Her roommate refuses to follow, shooting a warning from a safe distance. What had she found? 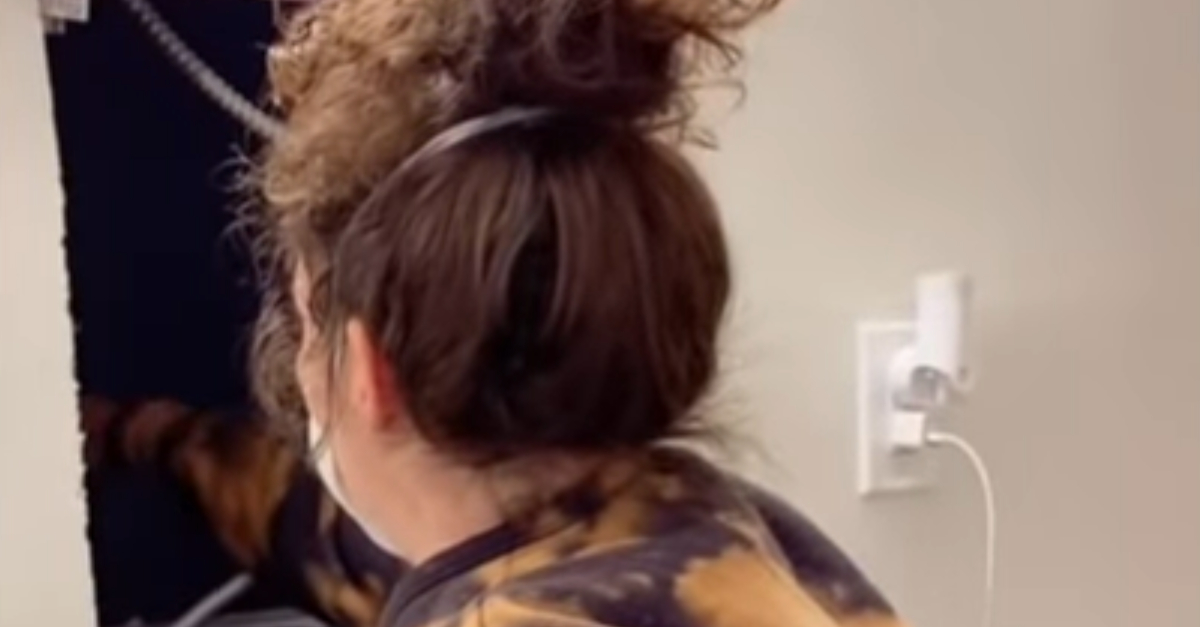 26-year-old Samantha Hartsoe was a millennial renting an apartment in New York, which can have its own set of challenges. She shared the apartment with two roommates to save on costs.

But, little did she know, her apartment was about to present her with an entirely new set of challenges. And what lay beyond the bathroom wall would be enough to give anyone nightmares. 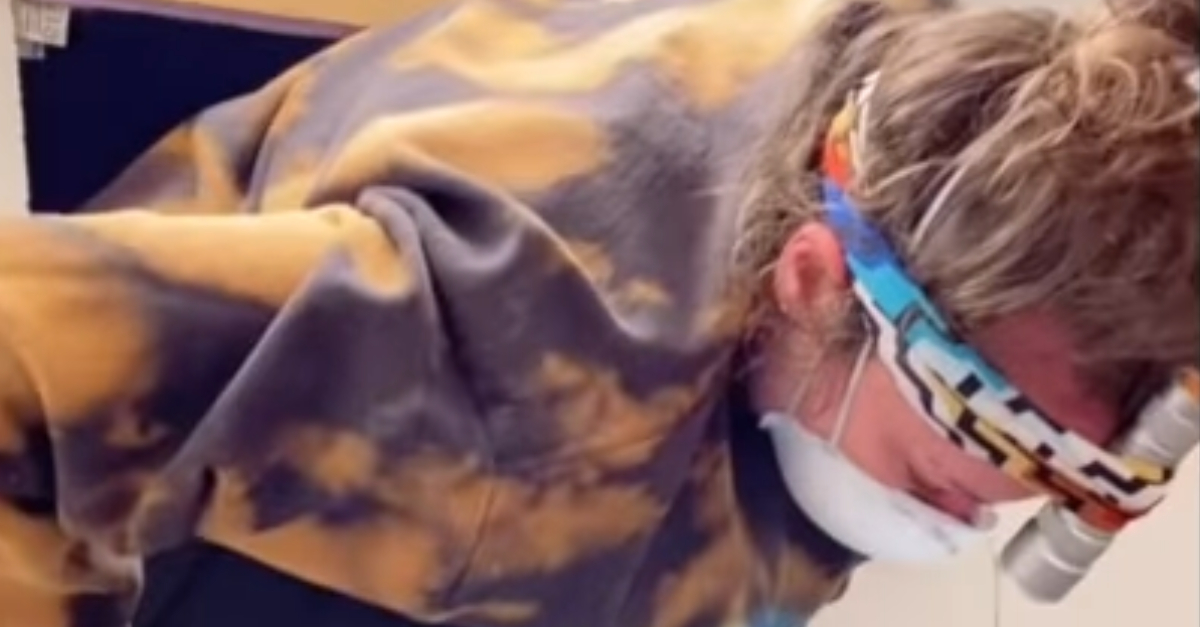 Samantha was an avid social media user and she especially enjoyed using TikTok. She shared her unsettling story in four separate parts on the platform as she documented herself trying to uncover the source of a mysterious draft blowing through her apartment.

Like any good horror story, Samantha’s began with a hiking trip in the woods. 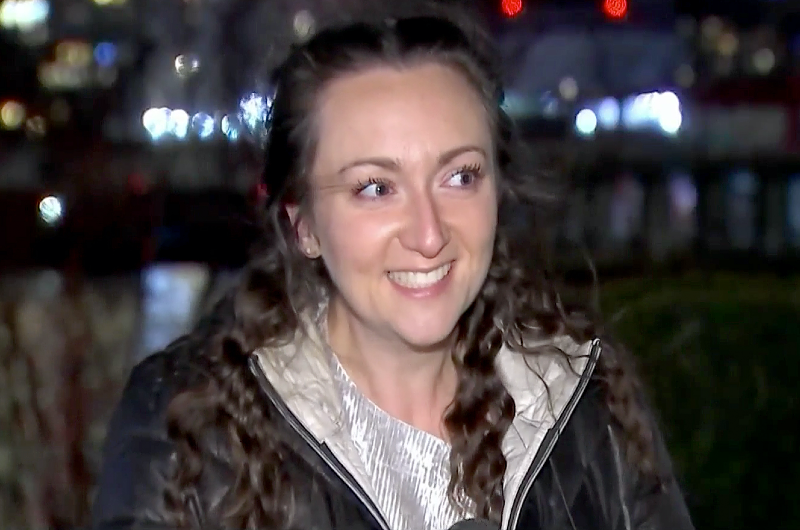 Samantha arrived back from her relatively uneventful hiking trip, but as soon as she set foot in the door she knew something was amiss.

There was a strange wind blowing all around her, strong enough to lift papers from the kitchen counter and blow her hair back. And when she went to the bathroom to freshen up, it was icy cold in there. “That’s weird,” Samantha whispered. “I don’t have a vent that blows cold air.” A bit creeped out, she recorded the strange phenomena in a video for TikTok.

The mysterious draft is in the video for all to see – Samantha recorded her hair moving as if it was in a strong wind. While the first video wasn’t frightening in itself, the next update from Samantha had TikTokers in a frenzy. 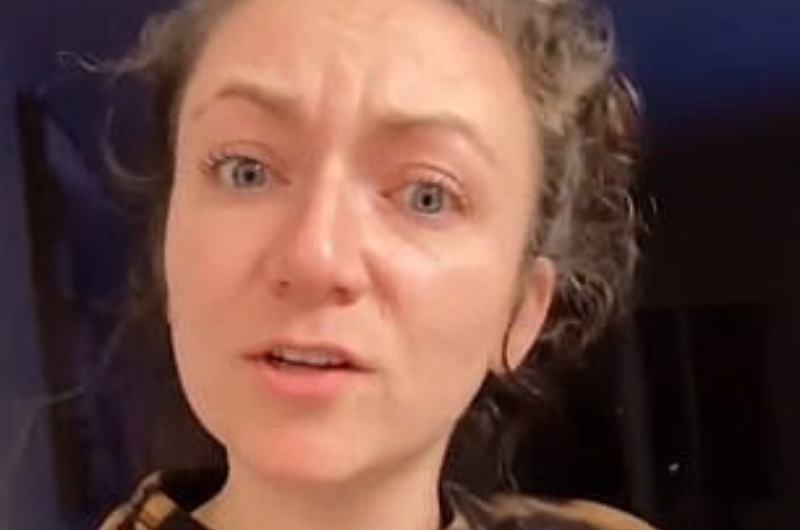 Samantha’s video began with her standing in the entranceway to her bathroom in her pajamas. She is still perplexed about why it’s so cold in there. She runs her hands over the skirting boards, looking for the source of the icy draft.

She feels the doorjamb and says that she can feel a chill coming from there… but where is it coming from?

Looking For The Source 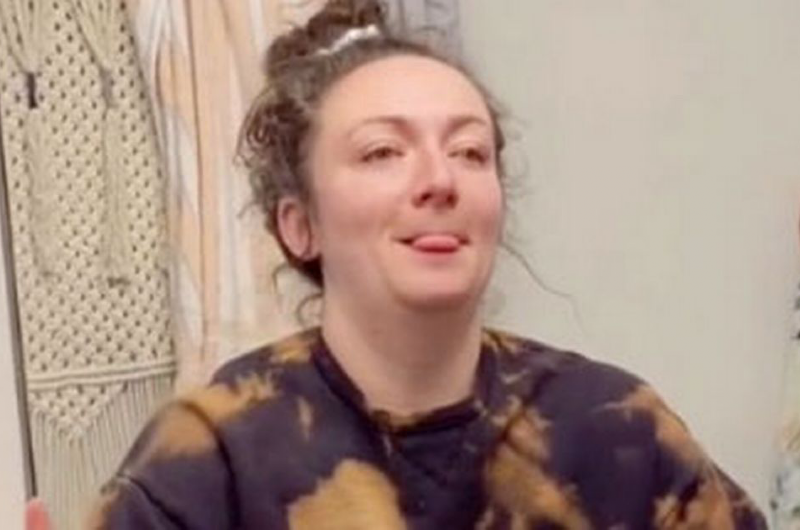 Samantha searches the entire bathroom, but she can’t find the source of the breeze. Until she suddenly notices that the air is getting colder the closer she gets to the bathroom sink.

She places her hands on the sides of the mirror above the sink and stops cold. The realization hits her like a gut punch: the cold wind is coming from behind the bathroom mirror. 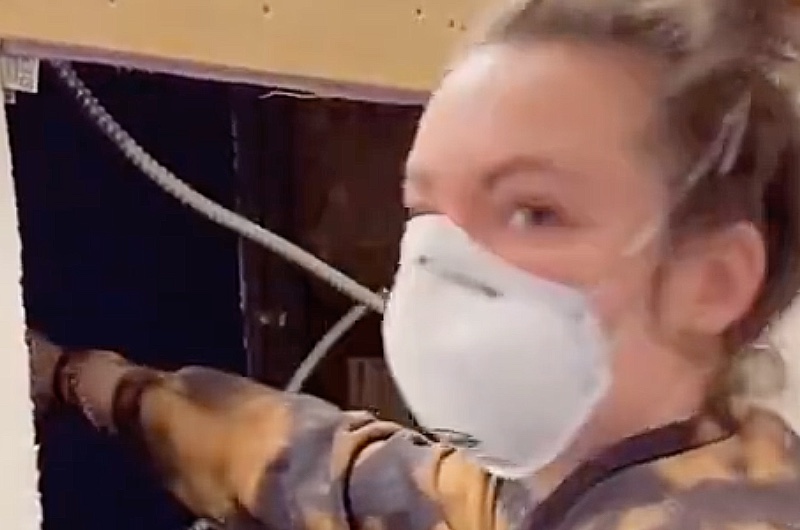 In Samantha’s second update on TikTok, she tells her roommates that she’s found something and they all move to her bathroom to investigate. Samantha shows them that her mirror is not attached to the wall, so she’s able to lift it off its hook and take it off completely.

But it’s what’s behind the mirror that sends a shiver down everyone’s spines.

A Hole In The Wall When Samantha removed the mirror, she was horrified to see that it wasn’t backed by plaster. Instead, there was a square hole in the wall leading to the unknown. Samantha gingerly peered inside the terrifying space and her heart skipped a beat.

Her hair blew about from the icy wind coming up from inside. All Samantha could think about was the movie Candyman. It’s not surprising that Samantha and her TikTok followers all drew parallels between what Samantha had found behind her mirror and the terrifying horror movie Candyman.

In the film, Candyman’s name is called out three times while looking in a mirror and the bogeyman will appear. Had Samantha just found the doorway to the lair of a monster? At first, it was too dark to see anything through the mysterious hole. Samantha thought that it could be a secret room… or a hidey-hole of some kind.

Could someone be spying on her through the hole while she showered? Samantha didn’t want to even think about that. What if it was something even worse? Samantha had to find out what the hole was and where it led to. “Curiosity killed the cat; curiosity is going to kill me,” she said in an interview later, after her TikTok video went viral.

“I can’t not know what’s on the other side of my bathroom.” Samantha mustered enough courage to step inside. But, first things first. She covered her face with a facemask and fashioned a headlamp from a flashlight and a headband. Then, she got a hammer… just in case. And while Samantha was being incredibly brave, she didn’t want to go into a Candyman-like hole without a weapon in her hand.

“Mean it when you swing it,” her roommate advised as she disappeared into the darkness. Samantha drops down the hole and onto the floor but immediately realizes that she won’t be able to climb back up.

“I have to go back through that hole, which is pretty much impossible, or I have to find the exit of this place, which means I have to – at this point – explore it all,” she explained later. And there was a lot to see. “There’s a room back here!” Samantha yells. Exploring further, with only the beam from the flashlight to guide her way, she spots something else in the surprisingly large space. There’s a toilet, and a few bags of trash scattered on the ground. She walks around some more and is floored that the secret compartment was actually hiding another apartment as big as her own!