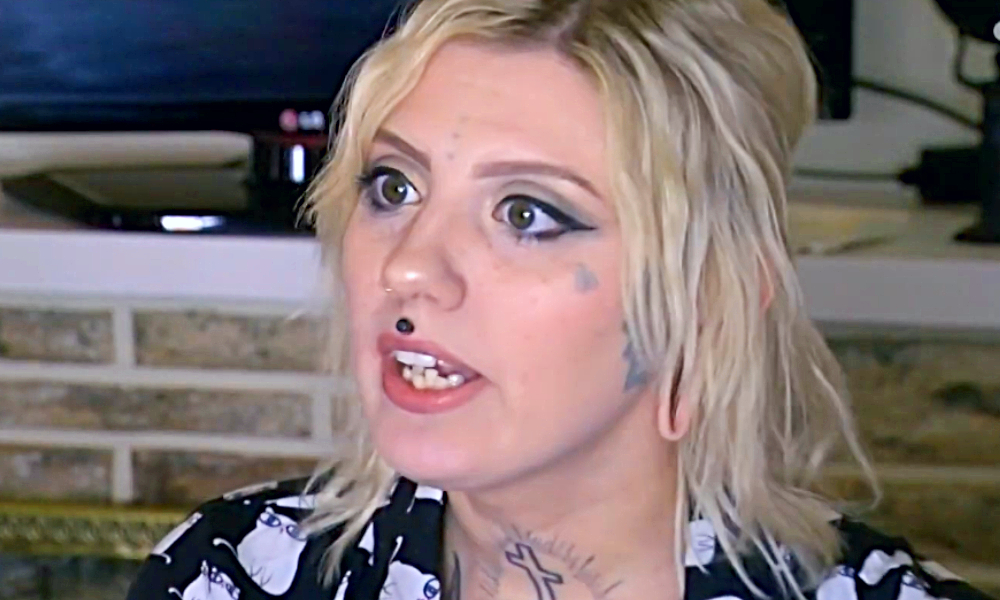 How Could They Be Rude?

Brittany felt it rising up inside her, she couldn’t contain her anger anymore. Why would someone be that rude for no reason? She didn’t ask for any of this.

She wished that it had ended there, but after they were nasty she was expected to get along with them and go about her business like it was nothing. It got even worse when her boss wasn’t on her side either. 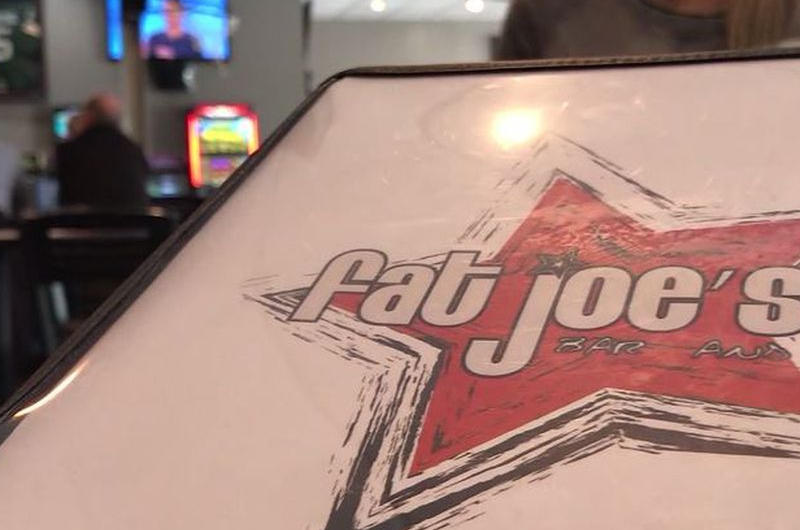 Brittany Spencer was a hard-working waitress with plenty of experience from the past two years, she thought that she’d seen everything but she was about to be proven wrong.

Fat Joe’s Bar & Grill in Fond du Lac, Wisconsin had seen people from every walk of life. Today, there was an elderly couple entering through the front door. Britanny went on autopilot and didn’t think anything was out of the ordinary. 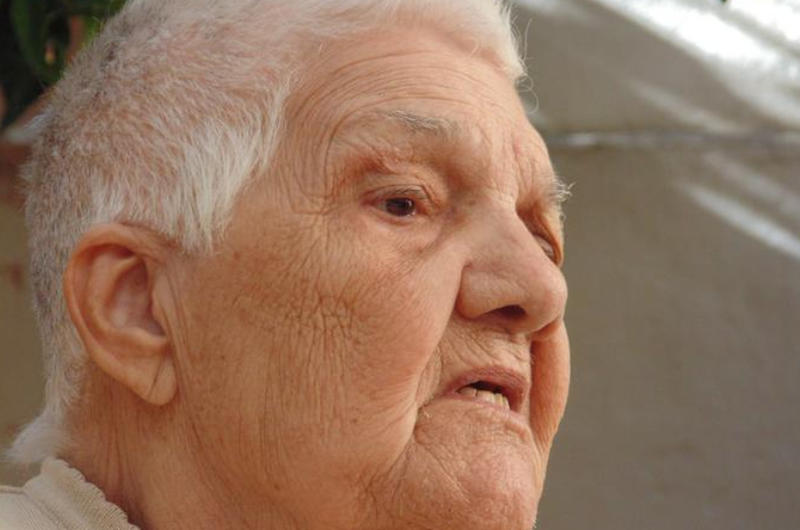 When the elderly couple sat down in their seat, Brittany could tell that they weren’t impressed by something. She had a feeling that things were going to be difficult with them. Still though, she put on her best smile like she always did.

As the couple stared at the people around the restaurant, they both had scowls on their faces, like they didn’t want to be there anymore. Sure, this was no 5-star fancy dinner restaurant that required a reservation. But, in Brittany’s opinion, the food was pretty good.

What Was The Issue? 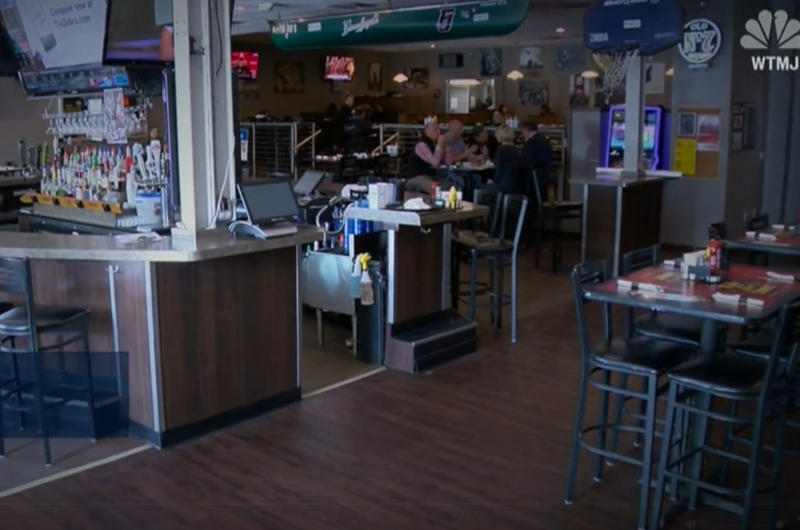 Despite the look on the customers’ faces, Brittany wouldn’t let her first impression of them count for anything. She just had to charm them and brighten up their day, whatever was bothering them would soon be gone… or so she thought.

But she didn’t know how wrong things would go in the end. She went up to them and gave them both menus. They took the menus without so much as a “hello”. The woman was still wearing a face of resentment that Brittany didn’t know if she could change. 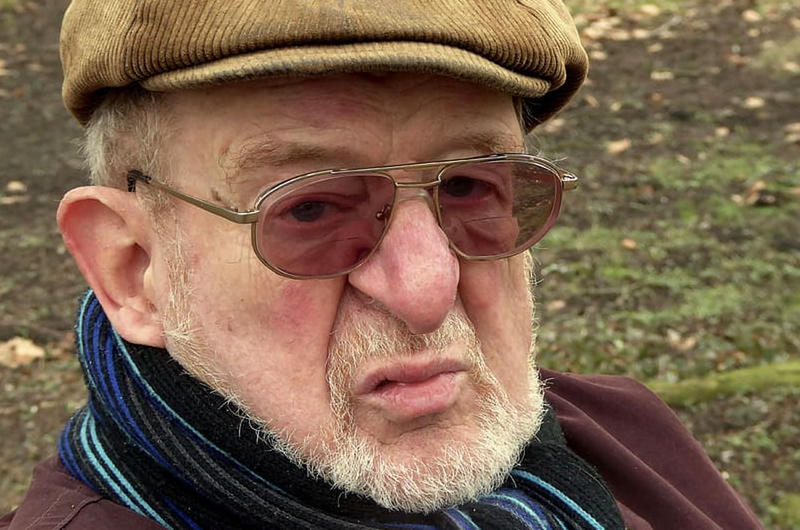 As Brittany made her way back to the counter, she heard them laughing. Finally, she thought, they were happy. But when she turned around she saw that their laughter was directed at someone sitting at a table by themself in the corner of the diner.

What was the issue? The lone customer went there regularly and was always really kind and sweet. Brittany would soon find out the reason for their laughter. 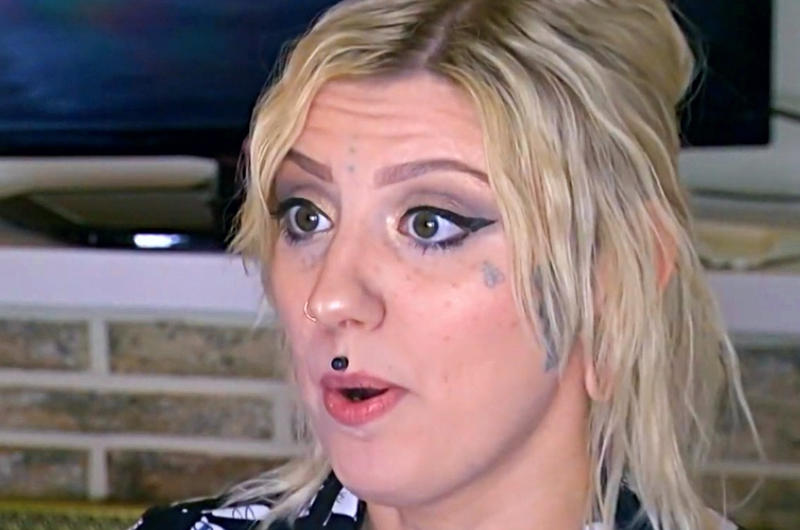 Brittany went to another patron sitting right next to the elderly couple. Unbeknownst to them, she could hear every word that they were saying while she was helping the other patron order.

Once she had heard a certain word she became focused on their conversation. But what words soon followed had Brittany’s stomach twisted in a knot. How could they have the audacity to say that in a public place? 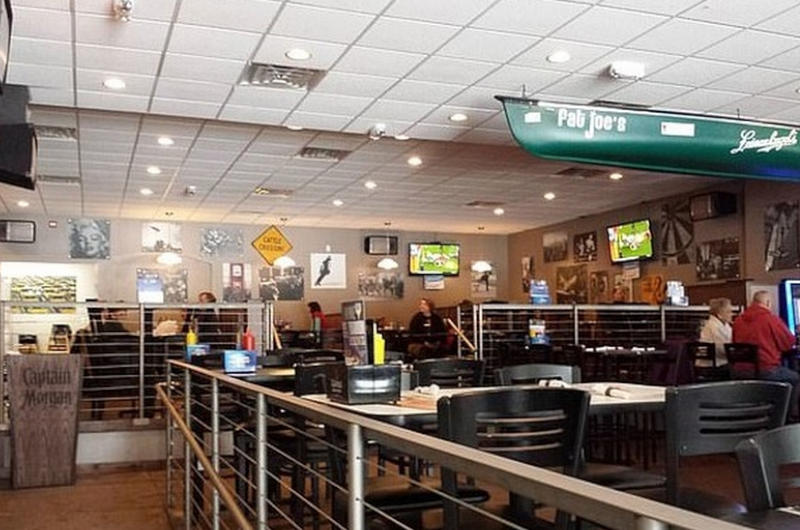 When Brittany came back to their table to get their order they peered up at her and the first words they had said to her since they’d walk in was, “That customer over there, what do you think about them?”

They further asked Brittany if she agreed with their stance on the matter. They even asked why the diner would let someone of their calibre into its doors? All Brittany could see was their judgmental faces. 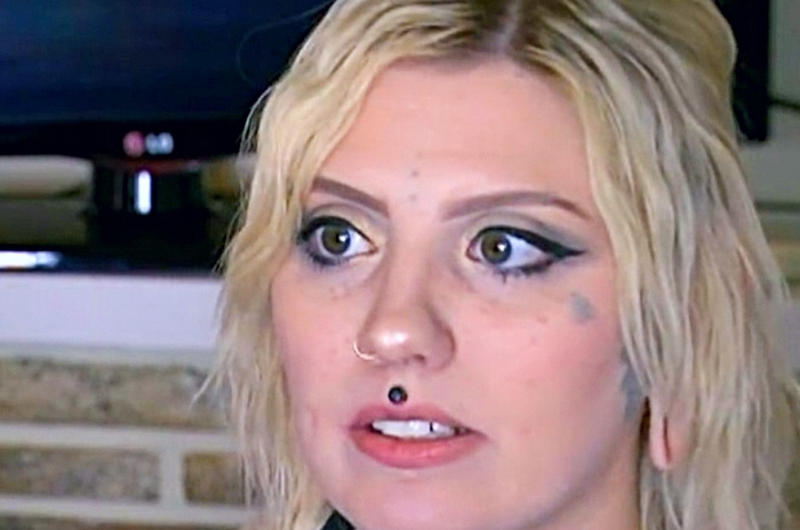 She looked them straight in the eyes and said: “Sorry, but I can’t serve you. And I don’t agree with what you said.”

But she knew that refusing a customer was a big thing, she’d have to go talk  to the manager and ask him if the table could be assigned to someone else. Things were about to get a lot harder for Brittany. 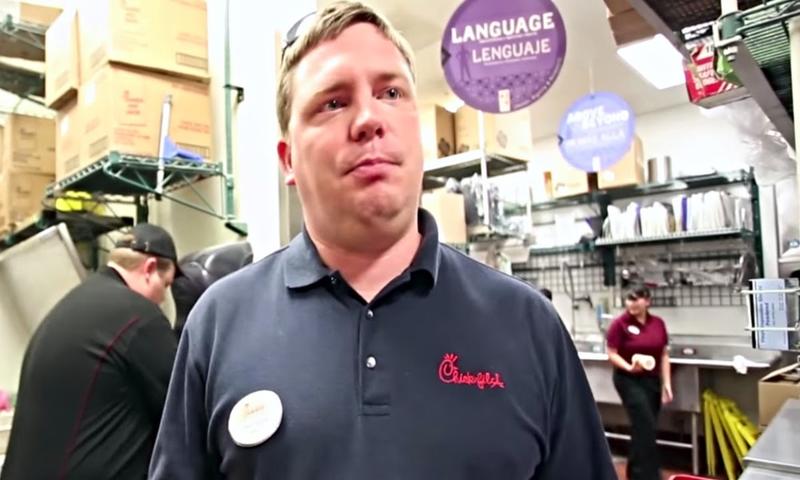 Her manager’s face turned downwards into a frown. She could tell he was in no mood and basically said “suck it up or go home”

Brittany was left with two choices, but how was it even a decision when the one led her to serving people that had such little regard for humans? How could they say that about a regular customer? She did the only thing she felt was right, she gathered her things and burst out the door. But she had no idea what would come next. 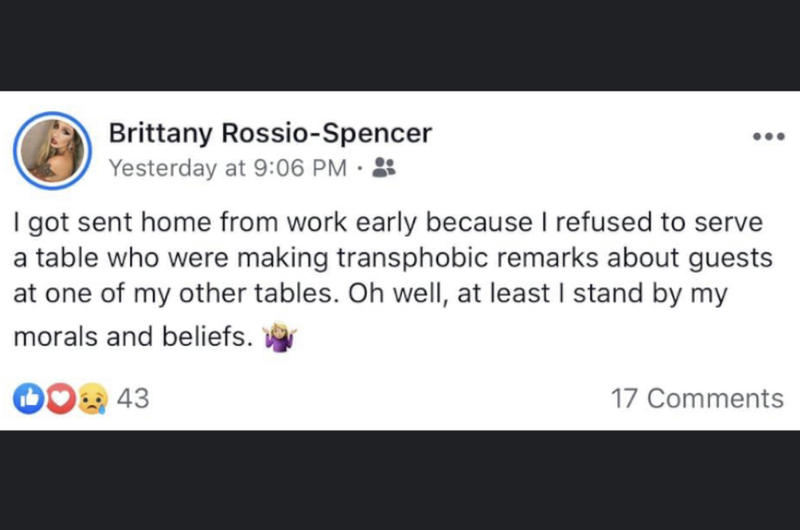 The night that Brittany had stormed out of the diner she decided to see what other people though of the incident online.

She got a lot of responses that praised her actions. Saying that she defended her beliefs and the customers. Some people even started bad talking the restaurant. She felt vindicated, she fell on her bed and was ready for sleep.

Let Go For Speaking Out The next day, management told Brittany she was fired! Bursting with anger, she grabbed her laptop and went straight to Facebook.

She updated everyone on the disgusting development. The reactions were explosive. “But I’ll always choose my morals over money. See ya!” She concluded. But the owners of the diner had a very different opinion.

What The Owner Says 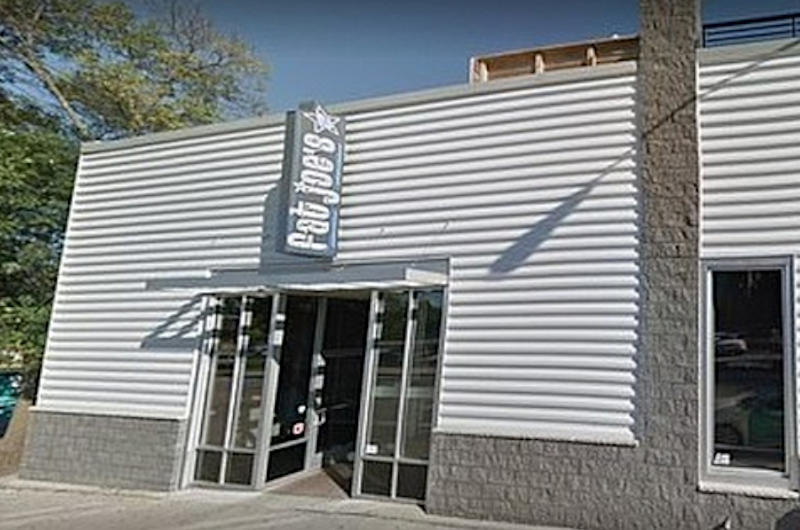 The co-owner of the diner commented that Brittany was fired because she refused to do the job she was hired for.

In all her years in the industry, she said she had heard plenty of conversations she didn’t agree with herself, but you just get on and do your job. Their “neutral” stance, however, didn’t calm the stormy waters. Brittany, and others, said that allowing hate speech to occur in your establishment without any response was turning a blind eye — which she sees as the same as saying the hateful things oneself.

But Brittany still thought she had made the right decision. As for the current situation and ideals of the diner? They claim that the event hasn’t affected their day to day business and they will continue with the same moral approach. There was one key element that they conveniently left out, however, that many people overlooked. 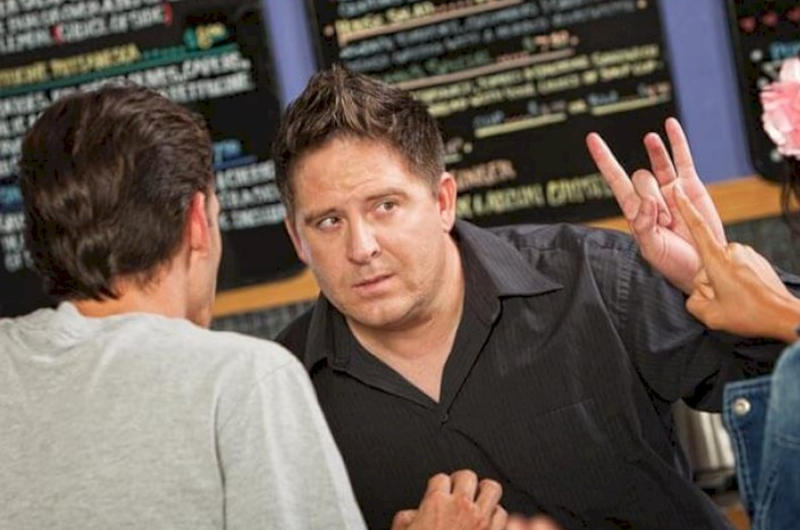 Brittney acted with enough professionalism that she simply asked to switch tables – which is not a monumental request.

The boss’s reaction (“suck it up”) reveals the attitude towards their employee’s comfort, but what about being allowed to refuse service to customers trying to force opinions on someone who just wants to take their meal order? And what do the owners, Joe and Whitney Wallander, have to say? Whitney also says that she and her management team made the decision to send Brittany home for the day, but hadn’t actually fired her for refusing to serve the group of customers. 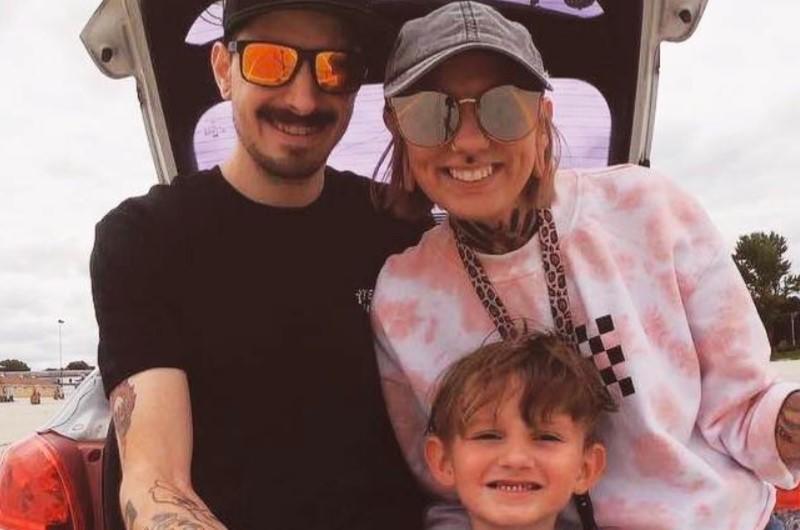 Before the staff meeting that Sunday morning, other employees at the restaurant showed the Wallenders screenshots of the post Brittney had written about the incident on Facebook.

Although the post did not directly reference Fat Joe’s, Tad Wallender said that Brittany’s Facebook profile listed Fat Joe’s as her place of work. This, he said, tied the post and the restaurant together. And they couldn’t have that. Tad and Whitney didn’t take kindly to being publically called out on Facebook. After all, every establishment has a reputation to uphold.

Tad was concerned that Brittany’s post had changed the dynamic of the entire situation, claiming that it was very unprofessional on Brittany’s part. When Brittany arrived at the staff meeting, she was promptly fired. “She decided she wanted to post stuff on Facebook about being sent home,” Whitney said. “And we just made the business decision that we can’t have employees that aren’t going to make us look good as an establishment.” Even though the restaurant’s owners feel justified in their actions, others argue that they should have known better — especially in today’s political climate. Discrimination has been in the political and media spotlight in recent months, and campaigns that hope to raise awareness about the issue are working harder than ever before. And, as a result, most netizens do not take kindly to any form of bullying.

After Brittany’s post, Fat Joe’s Facebook page turned into a “political battleground,” Tad said, forcing him to take it down. Brittany’s post wasn’t something he wanted the restaurant to be involved with. Then, just a day later, the business received over a dozen threatening emails. According to the owners, Fat Joe’s always seeks to be neutral as well as respectful. According to them, both the guests who made the rude remarks and the person they were talking about are regular patrons at the restaurant.

And Tad said that there had never been a problem between the two groups before.

Who Was In The Wrong? “If they felt they were being harassed, if they did, I apologize — that was never my intention,” says Brittany. I don’t want anyone to be harassed, but they do need to know that what they did was wrong.”

“Letting people say transphobic things is not remaining neutral,” Brittany said. “I didn’t make a scene. I wasn’t asking for them to be kicked out. I didn’t want to take a table.” On its part, the restaurant seems to be doubling down after all the backlash. Tad said that the restaurant welcomes everyone, and this apparently also includes obnoxious customers who like to harass other patrons.

“If you want to walk in our front door and you want to have our food or drinks, watch TV, watch live music we provide, we’re going to serve you as best we can and make you happy to your standards,” Wallender told WTMJ.

Not On Her Watch Brittany said she harbors no ill will against the Fat Joe’s or the establishment’s owners, but she does hope that the response they received online will serve as a learning experience and that, in the future, they won’t let hate speech go unchecked.

“I hope this incident will open people’s eyes that hate like this is still occurring in 2019 and the idly standing by and spreading hate is just as bad as spreading it yourself,” she said. Do you think she did the right thing?