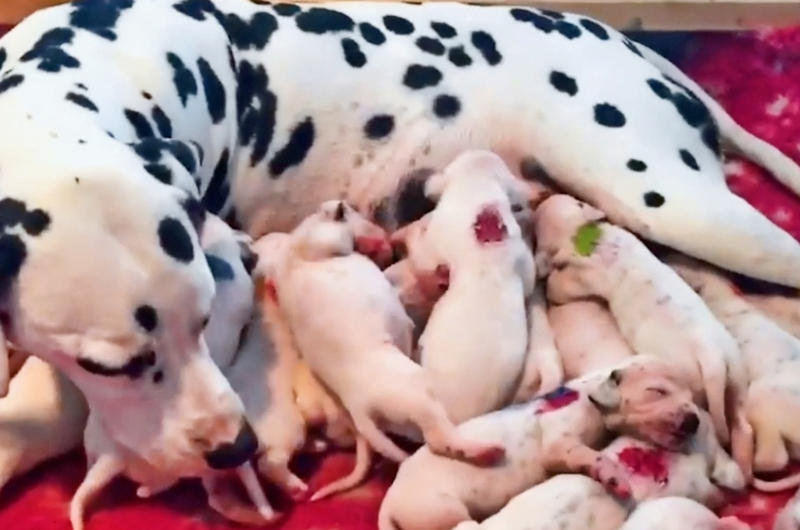 It seemed like a normal birth at first. But just days before the event started, the furball started their nesting habits.

Then the contractions would start less than a week later. They wanted to have her give birth at home, but after five puppies, they knew there was no going back. 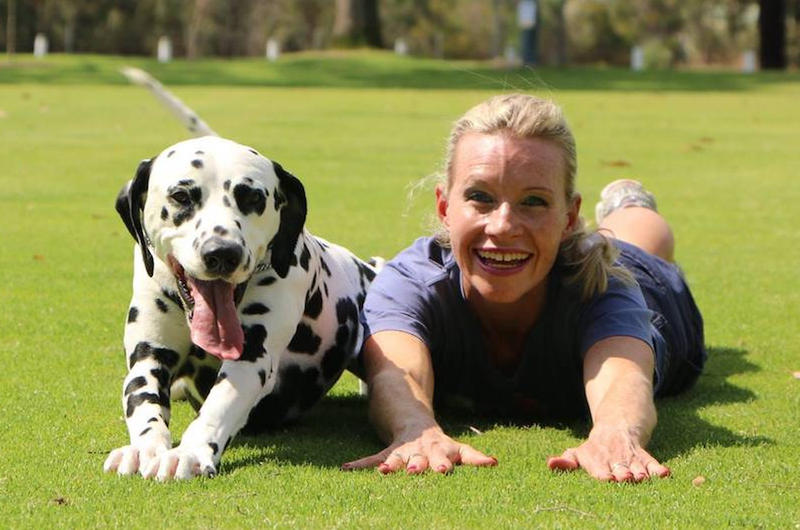 Cecilia Langton-Bunker lived as a 43-yea-old dog breeder in Autralia. Her favorite breed was the Dalmation and her passion was her business – adorable dogs.

Cecilia’s business CCDalmation was comprised of training, breeding, and showing pups. She had been doing it for over 24 years and wasn’t going to stop anytime soon. She was an ethical breeder and she loved training dogs for shows. It was more than a paycheck for her.

She always pairs her dogs with other dogs of great genetic makeup to make award-winning worthy dogs. But when Miley came along, things got more complicated. 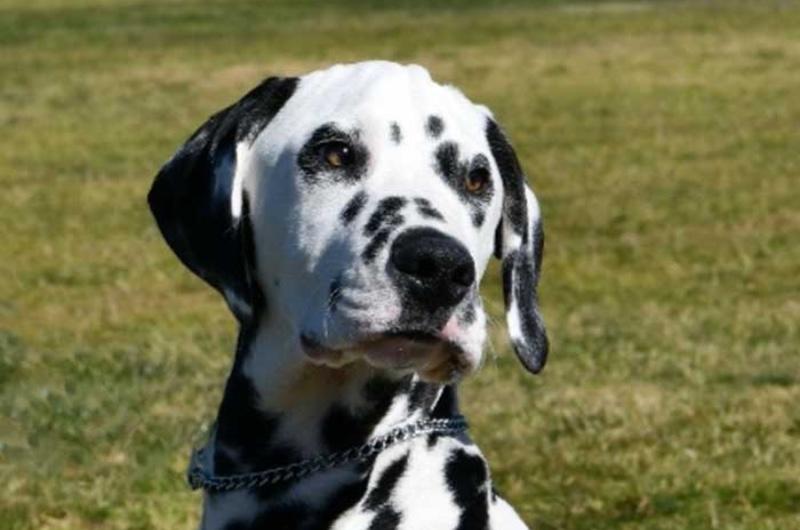 Dalmations were originally hunting dogs in Dalmatia in Croatia. They are medium-sized and can easily be identified by their black and white coat.

Dalmations can live up to 14 years and are praised for their intelligence, friendliness, and overprotective nature. 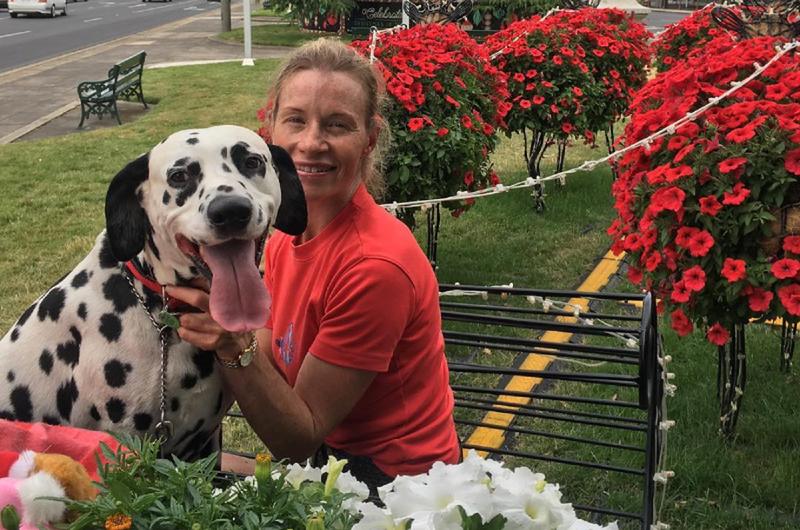 Miley was just a puppy when Cecilia took her in. She felt an unspoken bond with the puppy and knew that it was special.

She was a great puppy, she showed discipline and Cecilia saw the potential for shows. But what she planned for Miley soon changed. 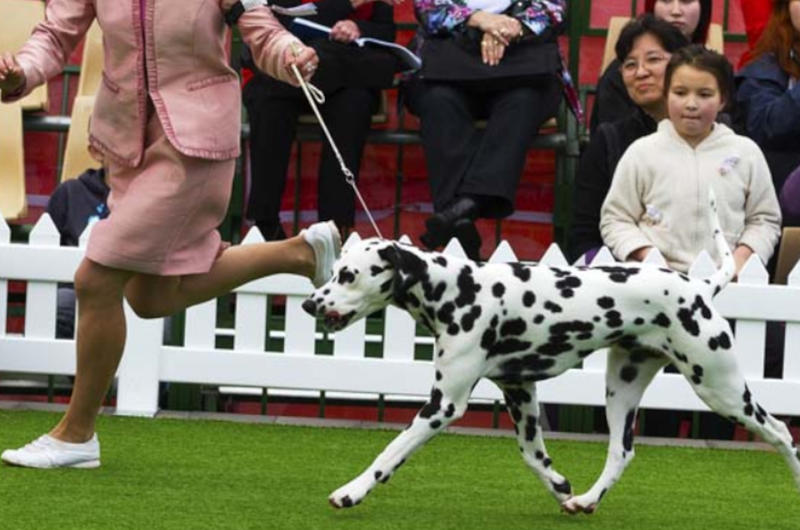 “Sarasota From Russia With Love” was Miley’s show name and it was fitting, she was entered into dog shows all over Australia and became a prize-winning dog.

Miley would always be in the top three canines no matter what. In the dalmation community was one top and things would soon get even better for her. It was time that Miley was bred. And there just so happened to be a great Dalmation available for her.

Everything was coming together just as Cecila had planned. The two clicked immediately, but then she got a check-up from the vet. 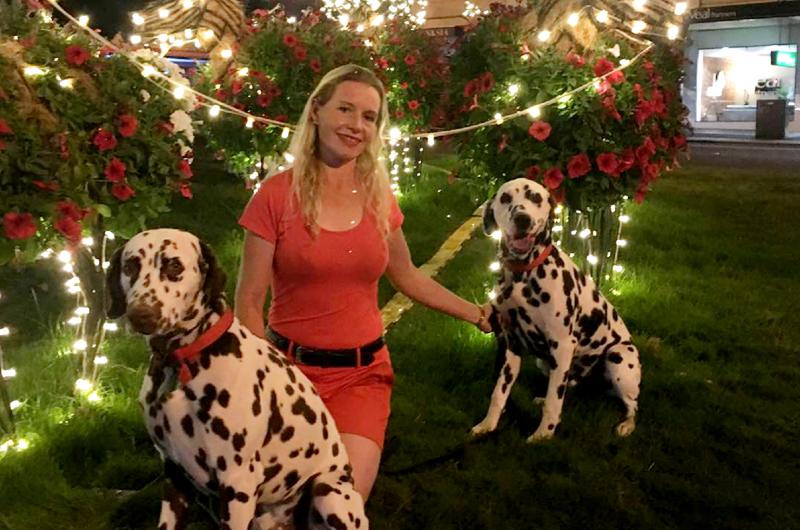 Cecilia had a hunch that Miley was pregnant. After a check-up from the vet they would be able to tell.

The vet gave her the good news and Cecilia jumped for joy. She knew that Miley would have beautiful puppies. The vet missed something though… Cecilia would make sure that Miley saw the birth through play. She was her baby girl after all.

She had bred so many dogs before her, so she was familiar with the process. But she noticed a few things about the pregnancy that was different than any before.

A healthy Dalmation mom normally has 7 puppies, but more can be hazardous to the dog, especially given the size.

She decided to take Miley back to the vet to see if she was just being paranoid or it was something to consider. She didn’t want anything happening to her beautiful friend. When she brought Miley into the vet a second time, the vet was surprised to see her. He thought she was just being an overly anxious mom until he took another scan and had trouble reading it.

The vet stared at the x-rays with scrunched eyes and a confused slant to his lips. “I can’t count how many,” he muttered. Cecilia leaned in as well, but she couldn’t make out the odd jumble of images across the screen. This meant there was no way of knowing how many puppies Miley was carrying.

All she could do was take her girl home and get ready. It was in the early morning hours when she finally heard the yelps of labor. The midwife rushed over and between her and Cecilia, they worked to help the first of the puppies into the world. It was, however, after puppy number five that she noticed a lull in the birthing process.

Something was very wrong. Her heart pounded like a jackhammer.

Rush To The Vet After a quick call to the vet, everyone agreed it was time to hand things over to the medical professionals. She rushed Miley to the clinic and her worst fears were confirmed.

The 6th puppy wasn’t positioned properly. “We have to stop this,” the vet said. They would have to do an emergency C-section. This is where things turned into a scene from a movie – a Disney one to be specific.

The delivery system soon broke into chaos. Nurses rushed to pull receptionists from their desk and call in anyone on standby that could get there fast enough. There just weren’t enough hands. As one puppy appeared after another, the vet kept saying, “There surely can’t be anymore!”. He said this over and over. By the 10th puppy even Cecilia’s jaw was hitting the floor.

After 13 hours of labor, the final bundle of joy came out and they confirmed there were no more. Each were marked with skin-safe colourings to tell them apart. The entire medical team were left flustered, their jaws open as they took in the sight of Miley’s puppies. They couldn’t believe what they not only witnessed but worked up a sweat to safely deliver!

Cecilia was in tears as she looked at the many counts of baby paws she saw in front of her. What was the final count of puppies? 16 puppies – 12 females and 6 males! The group couldn’t believe their eyes as the pure white pups blindly wriggled around, looking for the warmth of their mother. Cecelia’s eyes brimmed with happy tears.

Even after all these years, she could still be amazed by this astounding breed. There must have been some kind of world record here! While, sadly, there was no world record – with the current dog coming in at 18 puppies – there was still an Australian record for the biggest litter. There was also a cute movie comparison.

You see, in the movie 101 Dalmatians, Purdy had given birth to 15. Miley had beat the movie record by one pup! But what would happen to the fur babies? Cecilia and Miley had their hands full raising all 16 puppies. Luckily, Cecilia’s partner was there to help out. He loved Miley and dalmatians just as much Cecilia so he was more than happy to help look after them.

But it was no easy feat. Taking care of a litter of 16 puppies is harder than it looks. Cecilia needed to make sure that their bed was clean everyday and made sure to monitor each puppies development. Luckily, there didn’t even seem to be a runt.

Miley was a great mom and looked after her babies with love and attention. But the older they got, the more tasks that fell on Cecilia and her partner. And one of these tasks was feeding time. Training the puppies to eat solid food was a walk in the park. They seemed to love Cecilia’s puppy meal classic. A mix of dog nuts and chicken pieces, lightly sprinkled with some cheese.

They’d line up two circular trays of this and watch as the puppies fumbled over each other to devour every last drop. Until finally, it was time to let them go. It wasn’t as if Cecilia wasn’t used to letting puppies go. It was her business after all. She waited the standard two months before looking for owners.

Offers poured in – it seemed everyone wanted a part of the miraculous family. But there was one noticeable difference. She was thrilled the little ones were all healthy and happy and would go to good homes.

But being such a special event in their lives, she couldn’t help but feel a twinge of empty nest syndrome as Miley’s kids left the house one by one. She loved coming home to a house full of lively and hilarious puppies. They gave her so much love and entertainment. She could have lived happily like that forever but she knew they wouldn’t be puppies for much longer.

She also had a business to cater to. But that didn’t stop her from deciding to keep one of the girl’s that seemed special. “Paris” came into her spotted coat quickly. The little one also showed she was outgoing, smart, and spirited.

The promising pup quickly demonstrated her quality after winning “Best Puppy of Breed” and “Best Puppy in Ring.” But what about the rest of the family, not to mention the father? “Astro” had been allowed to visit his kids so the family could bond.

But Cecilia couldn’t help but giggle as the new dad was clearly overwhelmed as he sat in the middle of the yippy, wagging group. He looked around him like, “These are all mine?!” Next was the “party.” The idea was to wait a year or two, then invite all the dogs back to Cecilia’s for a reunion party. There were dog-friendly snacks alongside the human ones as well as plenty of decorations and activities.

Her pool was also open and ready for lots of dog-paddling action. But the guest list wasn’t just for those with four legs. Cecilia invited the vets, technicians, and receptionist, as well as the midwife – everyone who had taken part in the process – to the gathering.

She watched with immeasurable pride and joy as the massive clan ran and romped about with each other. There were smiles everywhere. It was a moment to be utterly thankful for. She couldn’t have done it alone.

The biggest pat on the back, however, went to Miley who had been a champ through the entire thing. Cecilia sat in the middle of the excited group of Dalmatians with smiles and memories that would last forever.