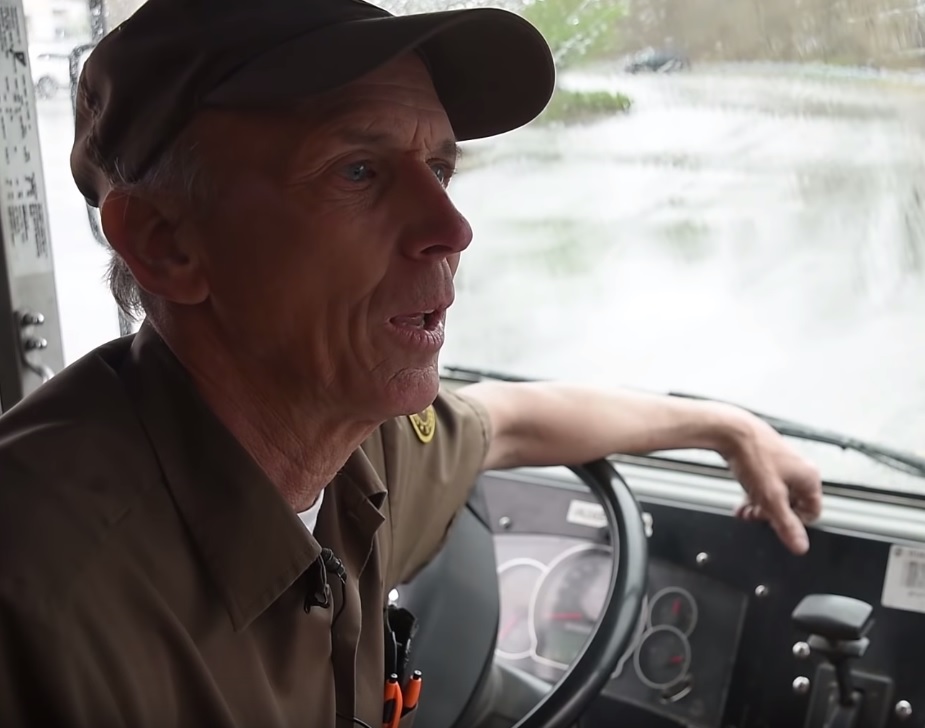 He heard a thump while he was driving, he had been doing his rounds that day delivering packages to the neighborhood. Something had to be wrong, so he parked his car and looked over his shoulder. He couldn’t believe it, there was a dog in his truck!
Maybe fate had brought them together as the driver didn’t know if the dog was abandoned or not. Little did he know, when he woke up the next morning, he would have all the answers. A UPS deliveryman had his routes all in place. Every day or every couple of days he would visit the same houses and even began to spark up a friendship with the locals.
We often hear of mailmen being afraid of dogs and of dogs taking a liking — good or bad — to these delivery people too. But this man never thought he would bond so well with one pooch in particular. He began his day like any other; loading his truck up with different packages he needed to deliver. He looked at one package in particular and saw the address on the label, it sounded familiar. When he started going from one house to the next, he couldn’t help but notice a big dog on the side of the road.
This beautiful dog seemed to be like it was just waiting, roaming, like it had no home. The UPS driver was confused but still continued to park his van and get the packages ready for delivery. 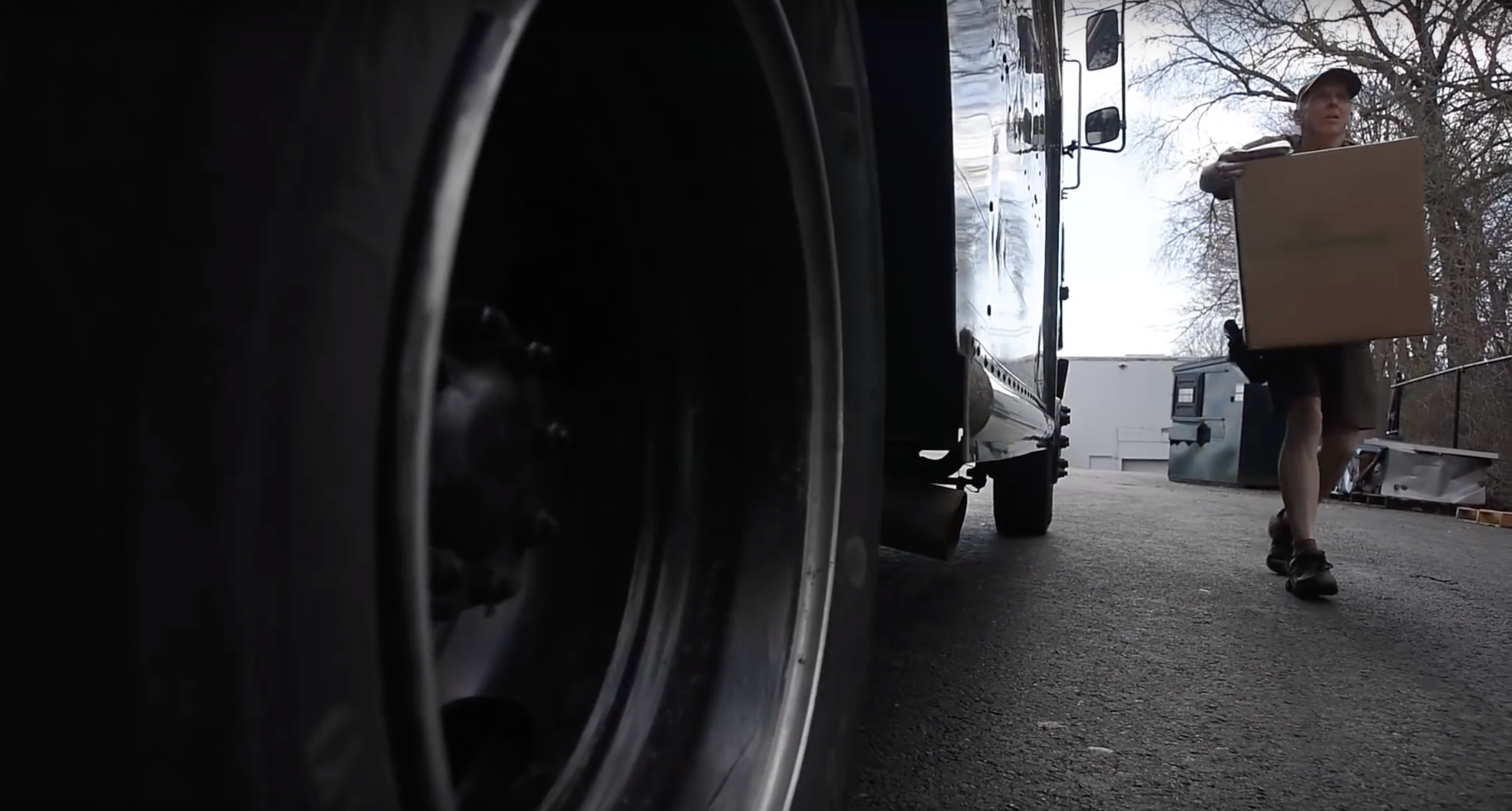 The UPS driver got the package and began to walk to the front door. As soon as he started to approach the entrance of the house, he saw the dog walking towards him, too.
This was very odd, the driver was used to dogs barking through fences or behind doors, but a dog coming straight towards him made him very nervous. Little did he know; this guy would soon become his best friend. Days passed, and deliveries to the same house were more than twice a week. Every time he delivered to one particular house, the dog — a beautiful blonde golden retriever — was always there, waiting.
He never knew if the dog belonged to anyone, but he supposed it did as it stayed in one area. The next time he was going to see the pup, he was going to give the dog a surprise.

The man knew he would have to deliver to the same house again, so when the time for the end of his shift came, he went to a pet store and bought a big bag of treats. Excited, he stashed them inside his truck for the next time he would see the big dog.
Still, on one day, in particular, the dog would find another way to get what he wanted. The day came when the deliveryman had to make the package delivery to the house where the dog would always be waiting for him. As he got out of the truck, he grabbed a couple of treats and headed towards the door of the house.
When he had successfully delivered the package, he turned around and fed the dog a couple of treats while he rubbed his ears and belly. 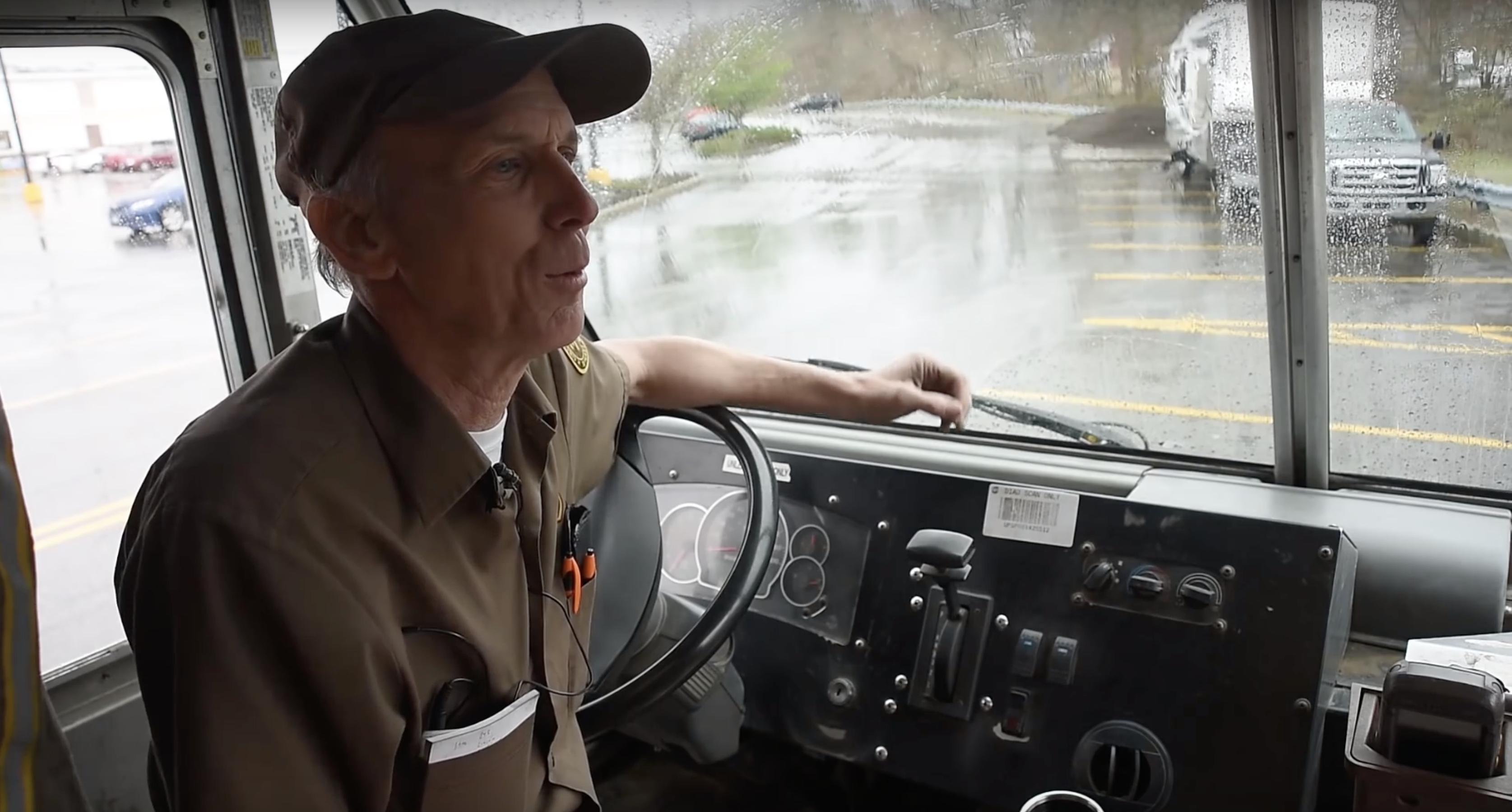 The UPS driver and the golden retriever struck up an unlikely friendship. It all started that day when he gave the dog some treats, but then he did the same the next day, and again the next.
This continued for weeks, until one day, he forgot to buy more treats and the dog wasn’t going to let him off the hook so easily. 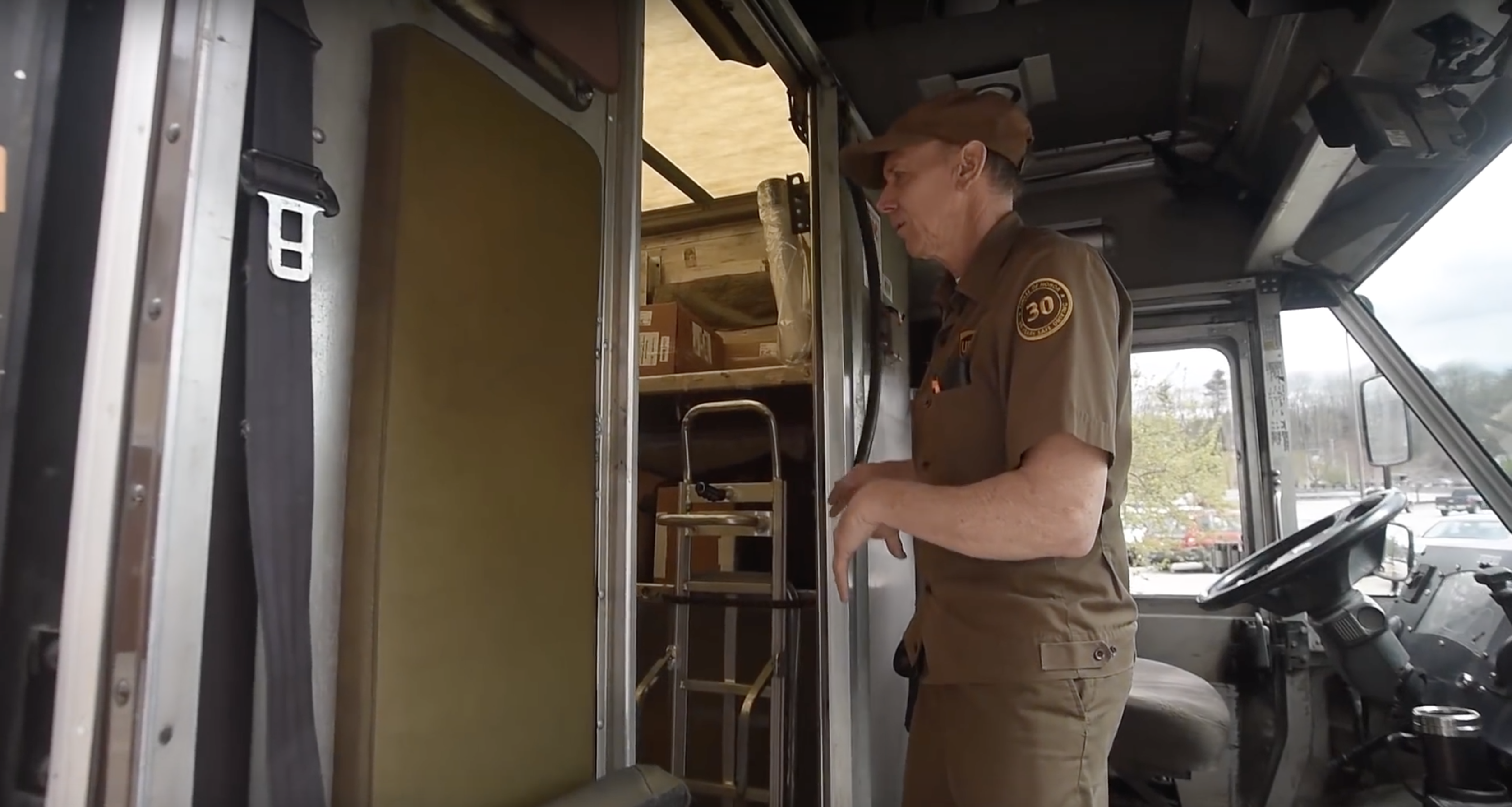 On that fateful day, the UPS driver had to rush out of his home, consequently forgetting to buy more treats. He didn’t realize he was not carrying any treats until he got to the house and tried to look for them inside the truck. There was no luck, not even one small dog treat was left.
As he pulled up, he saw the pup, but shamefully didn’t want to draw his attention. Then, the deliveryman grabbed the package and headed towards the home’s door. Little did the delivery man know, this pup had another idea.


Ride Of A Lifetime The driver saw the golden retriever disappear and he thought that the dog must have known that today, he didn’t have any treats, so he went back to wherever it was he lived. That was not the case.
This pup was in for a ride of his lifetime, but still, the deliveryman had no idea what was happening.


Noise Coming From The Back The UPS man went ahead with his day, delivering packages all around the neighborhood. His shift was almost over, but he still had two houses that needed their deliveries. He was driving when he heard a thump coming from where the packages were stored.
“How weird,” he thought but didn’t give it much more thought as maybe one of the packages had moved or fallen out of place. 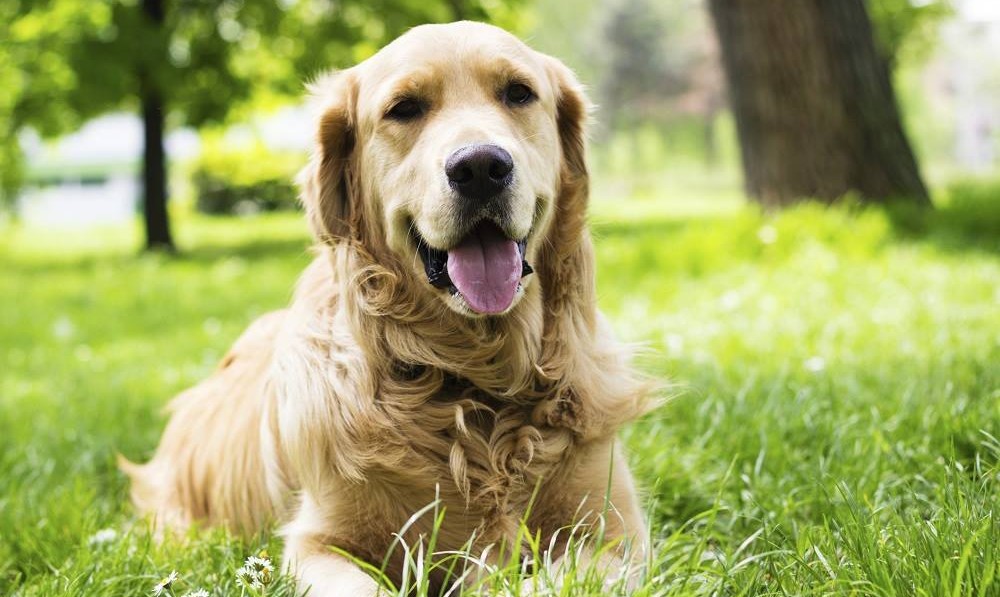 What the man didn’t know was that the sneaky golden retriever was hiding inside his truck! the deliveryman left the back of his truck open when he delivered the packages where the dog was always hanging around, and the dog decided to take matters into his own paws to get his treats.
The driver had no idea he was driving around with him — a stowaway! It was time for the driver to make his second last stop, and the package he had to get was hefty in size. He opened the back of his truck up and right in front of him; eyes wide, tongue hanging, and tail wagging was the beautiful pup!
To say that the UPS driver was surprised would be a colossal understatement. The driver stood there, frozen. He had no idea if this dog even had a home. What could he do? Should he take it to the shelter, or back to where he always saw him wandering around?
The driver had no idea what to do, but one thing was clear, he still had one delivery to do, and this dog was going to come with him. 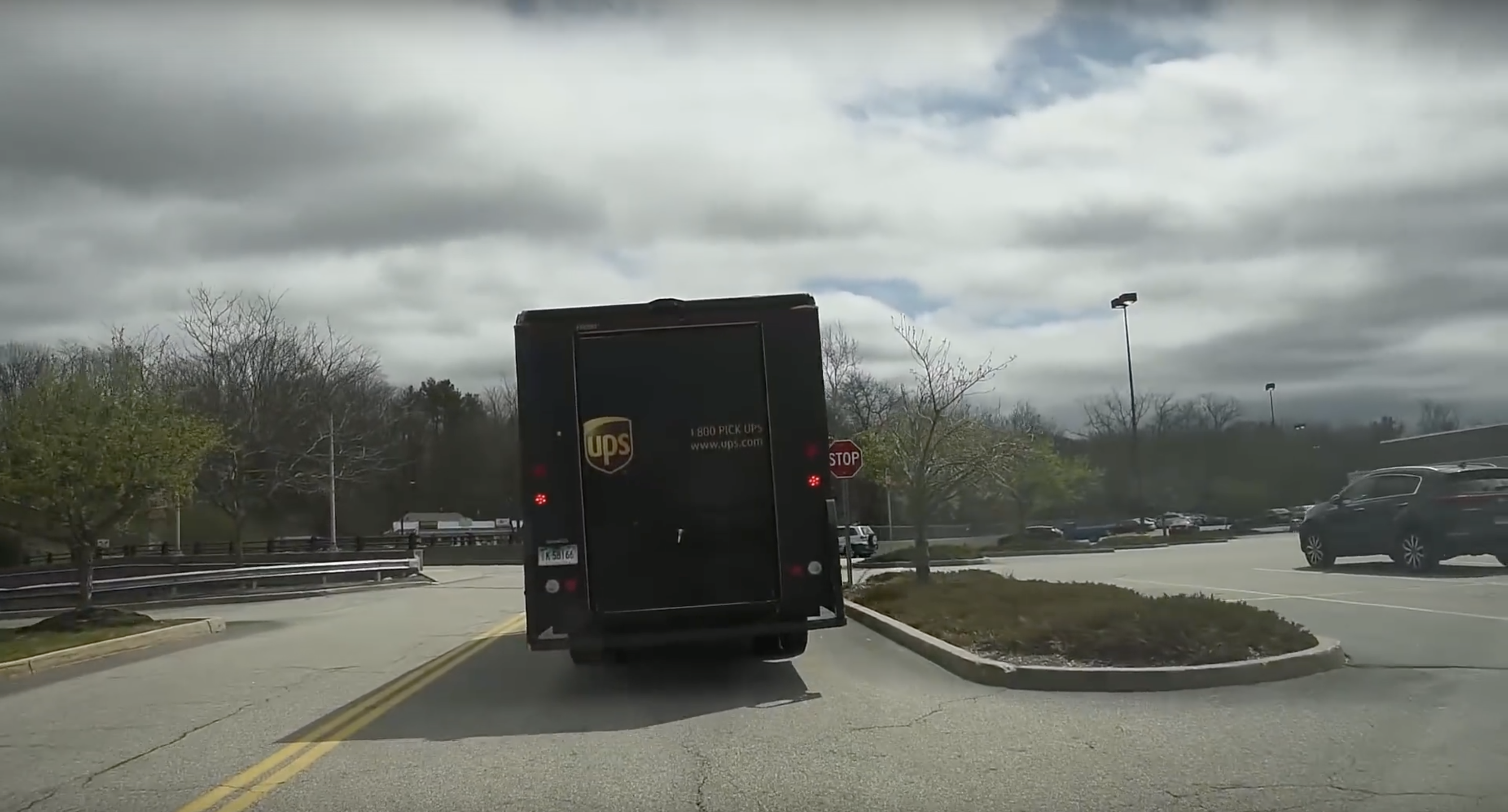 As he pondered his options, he still was undecided. Admittedly, this pure-bred dog belonged to someone — it’s not every day you see a golden retriever abandoned by the side of the road.
He decided to take him back to the house where he would always see him, but as he never saw the dog inside of the house, he left them by the side of the road — near where he would always be. Little did the man know, someone was watching his every move. The UPS driver chuckled about his adventure with the dog and told everyone at work what had happened to him. He was never going to forget the treats again! But then, someone had heard what had happened and immediately grabbed their phone and showed the driver a picture that was going viral.
The picture was of his dog friend! What was going on? But then, as soon as he read the note, everything became clear. The man inside the house where the pup would always be lying around outside was indeed the pup’s owner. He had seen everything unfold before him as he saw the dog get out of the UPS truck the day before.
This man quickly took to Reddit and posted a picture of his pooch with a note around his neck. The note read: “The UPS man forgot to throw me a cookie. So I snuck into his truck and took a ride around the neighborhood. He had to deliver me back to my house.”
Bewildered, the UPS driver couldn’t believe this had gone viral! And there he was the day before, considering that the dog might even be abandoned! 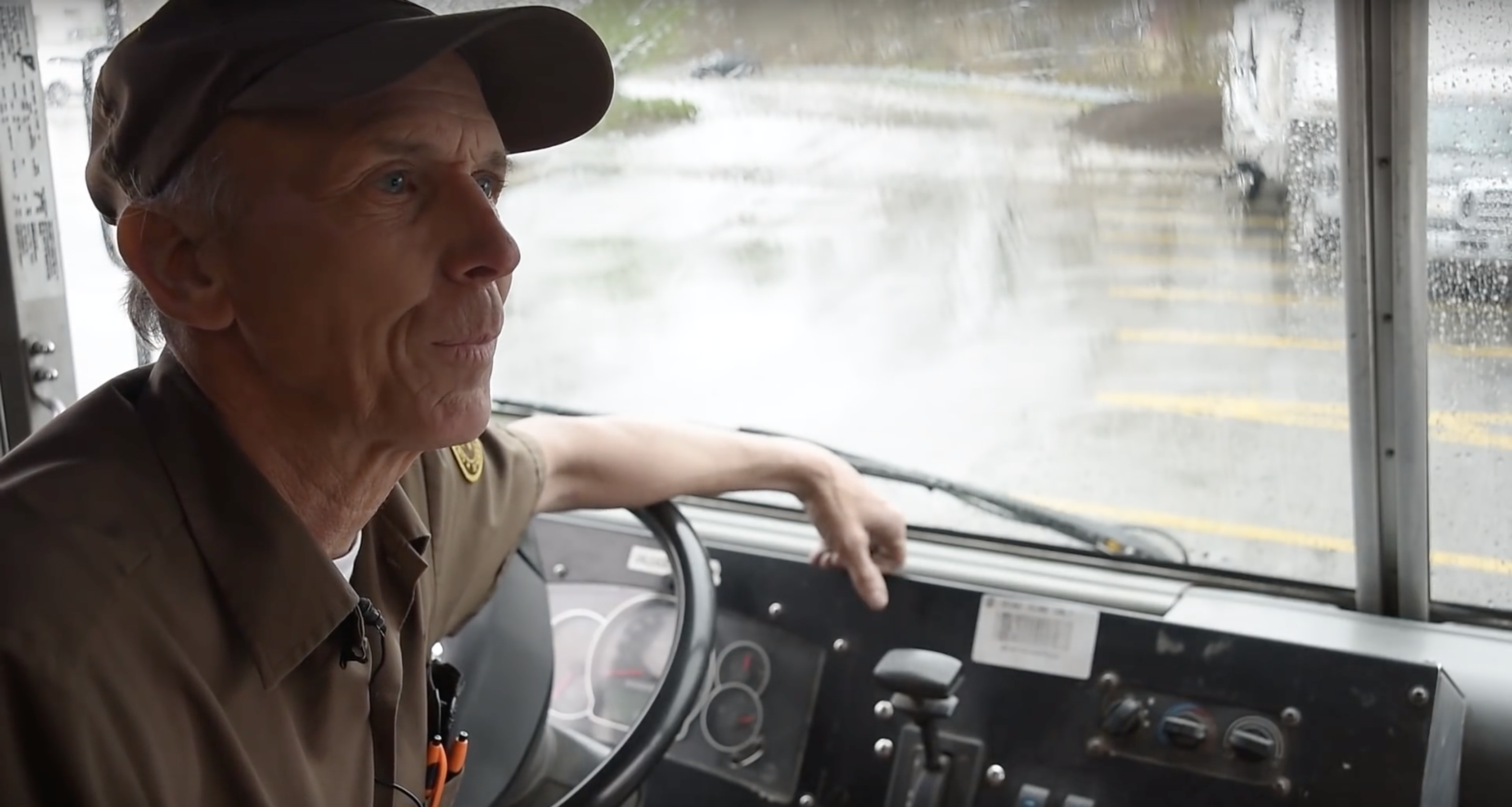 He went back to the house and got to talking with the man who had received many packages from the deliveryman. The owner of the dog told the driver how the dog would wait for him every day by the side of the road, and he would watch their encounter from the window.
When he couldn’t find his dog the day of the incident, he became very nervous. But then, saw him pull his truck up and deliver the dog back! Tons of Redditors who saw the picture of the dog with the note where entirely enthused and shared the picture, making it viral and even hit the headlines! Apparently, this kind of behavior between mailmen/deliverymen and pets is a lot more common than anyone thought!
Nevertheless, the UPS driver never once forgot to buy treats again, and these two are the best of friends!
Must Read
European Space Agency Budget Increases By 10 Billion For The Next 3 Years
Artemis 1 Finally Launches: What It Means For Space Travel And Exploration
Clam Species Presumed Extinct For 40,000 Years Has Been Found Alive