He was the bigger person, he admitted what he had done wrong and tried to fix it. But his neighbor couldn’t help but take advantage of him. He didn’t really think anything would come of it when he opened his laptop and typed her name into Google.

His mouth fell open when he stumbled upon photos he shouldn’t have seen. He now knew all about her. Now that he had the upper hand, he was ready to make her regret what she had done. 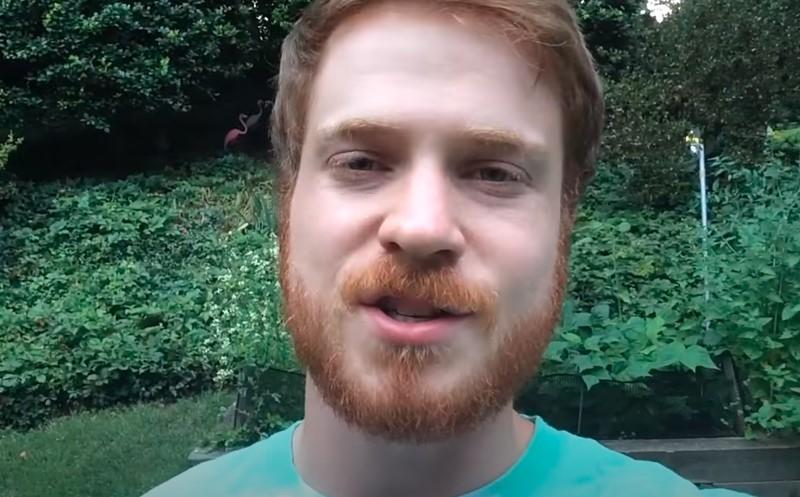 Kristopher Hess felt like his routine was getting stagnant. The 18-year-old would start his 16-hour shift as a security guard every day and get home at 8 AM to fall into his bed. Only for the day to start all over again.

One day, his phone rang and it was his best friend on the other end. He said he would come to visit for a few days. Kristopher felt happy to have something to break up his routine. He just didn’t know how bad things would turn out.

Ready For A Good Weekend 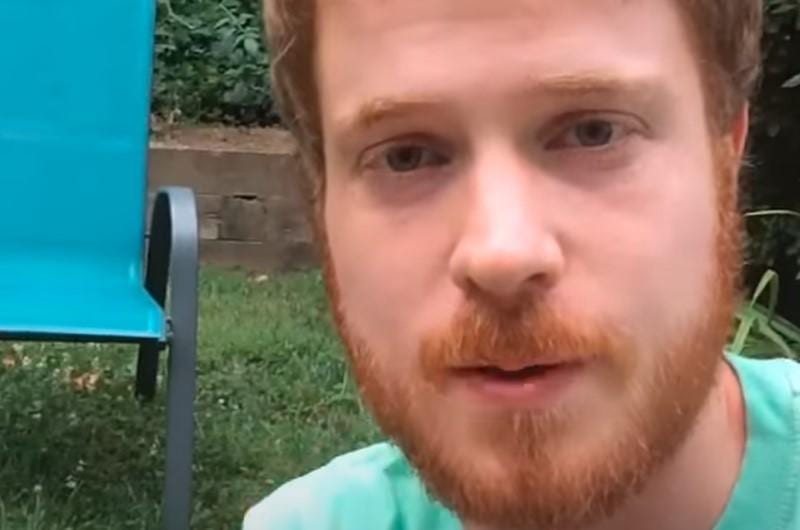 Over the Independence Day weekend, Kristopher’s friend, Mark would come to visit. He was so happy he applied for leave at his job and looked forward to a great weekend with his pal.

Kristopher even spent some of his small savings to make sure Mark’s visit would be a good one. He bought some beer and snacks and got ready for his arrival. But when Mark was at his door, he had something else in mind. 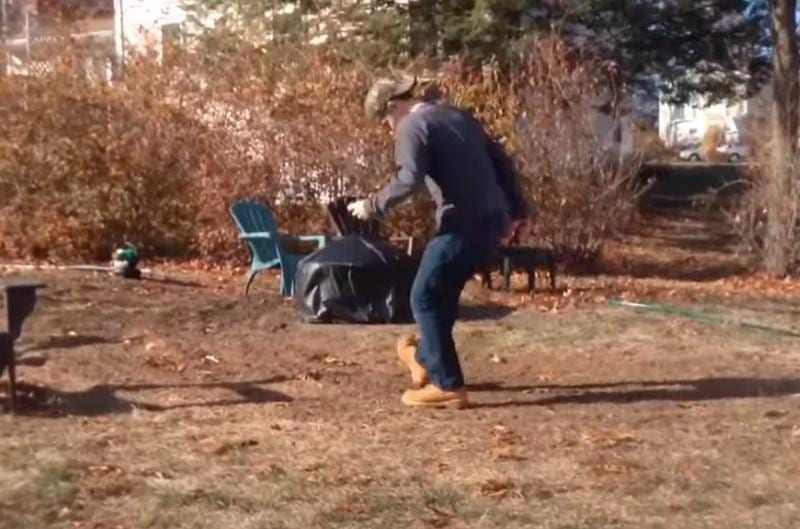 There had been a drought so it was very hot. Once they both sat back with a few beers in Kristopher’s backyard, Mark had a suggestion for their Independence Day weekend.

With a wide smile and steely-eyed look, Mark suggested that they get some fireworks to celebrate Independence Day. Kristopher didn’t really think it was a good idea and would regret giving in to his friend’s wishes. 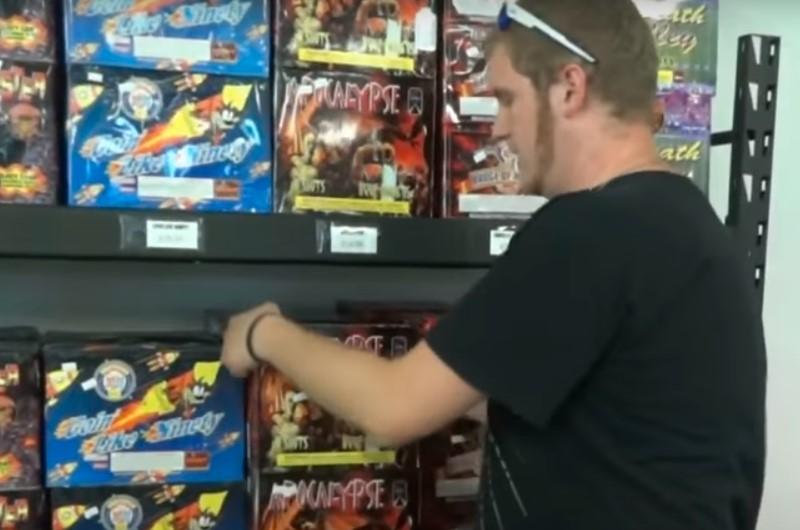 Kristopher took the rest of his abysmal savings and handed them to Mark. He later said, “To be fair, I have had nothing but bad experiences with fireworks so I had no idea how this would be any different.”

Once they bought the fireworks, they put them on the floor and admired the sparklers, cakes, bottle rockets, and Roman candles.

A Weird Idea Of Fun 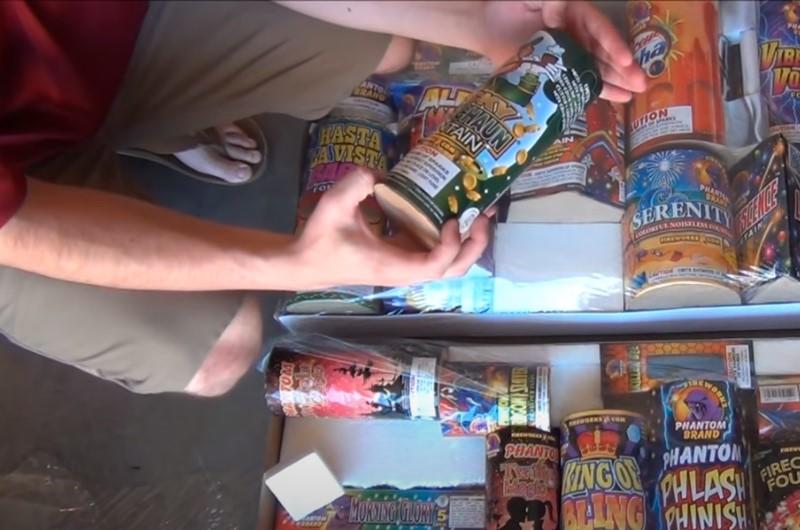 They both had mischievous looks on their faces as they looked at their loot. Kristopher thought of what to do next, “Why don’t we mess around with some sparklers since it’s still not dark yet?”

Mark appreciated his friend’s way of thinking and agreed. But there was a problem they’d only realize later. And it would become a great story about getting even. 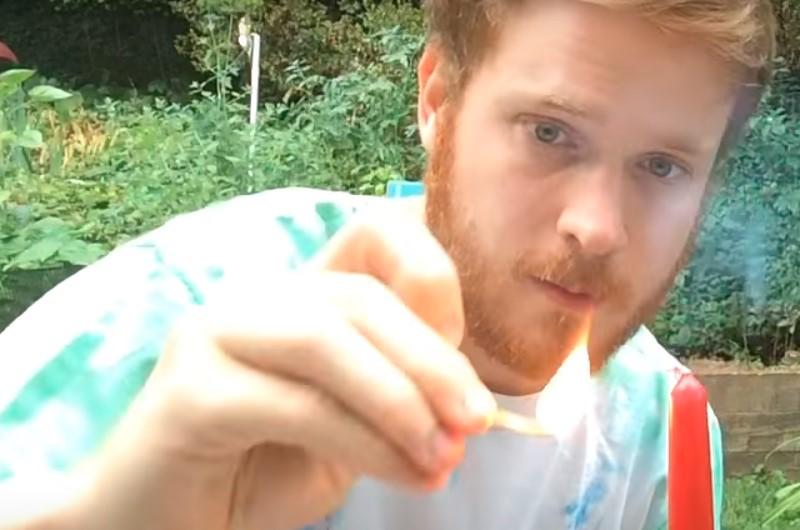 Kristopher lit the sparklers for them. They were lost in the white glow that sprayed off the rods. They felt nostalgic waving the sparklers and making shapes in the air as they had done as children.

Kristopher didn’t know that the sparklers had other plans and would soon make him regret ever lighting them. He sadly recalls, “One of the little sparkies from mine and my friends’ sparkler made contact with the ground and made two small fires.” 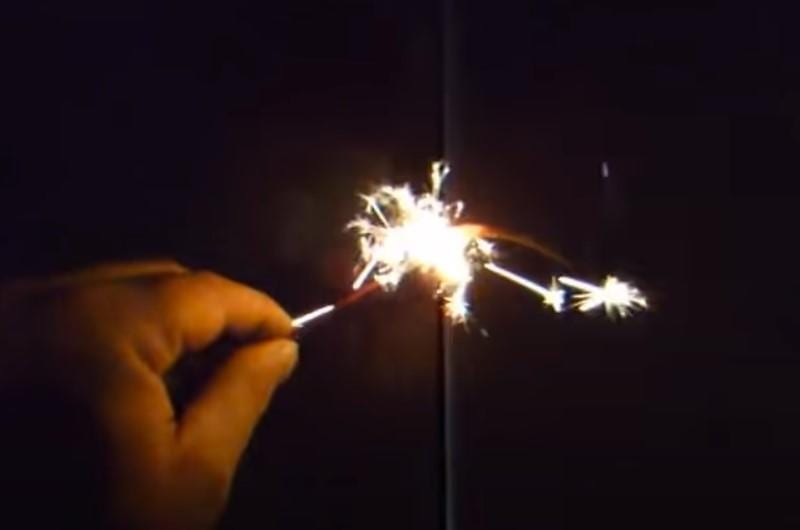 Kristopher watched the ground fires in dismay as they quickly spread throughout his yard, creeping up onto the neighbor’s fence. He didn’t know the grass was so dry.

“I ran as fast as I could to grab the garden hose and quickly started spraying down the fire. It was no use, it was spreading faster than I could spray it.” The neighbor took this opportunity to be selfish. The friends called 911 while they tried to kill the flames. But they couldn’t do anything, once the flames licked the fence, it ignited and spread along its length. The neighbor named Patrica busted out of her house to see if she could help.

Kristopher was guilt-ridden. His poor neighbor’s fence! She always seemed like a nice lady. But when he watched her walk back through her front door. She was smiling in a sinister way. 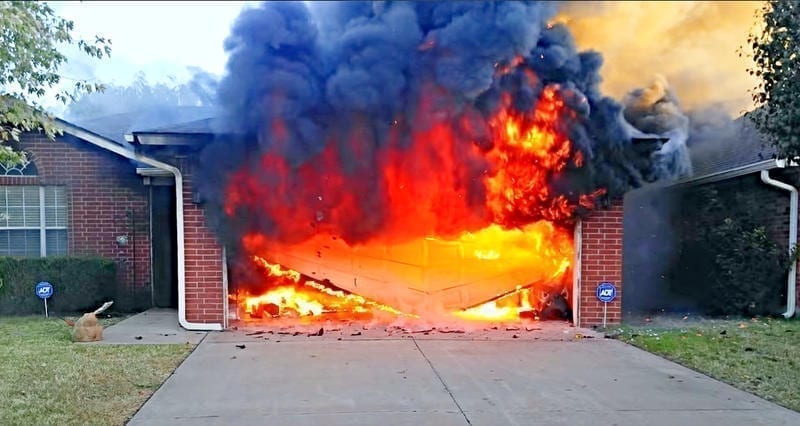 After getting back to work after his awful weekend, Kristopher was feeling terrible about everything. And his leave was wasted.

Another exhausting day of the same job. Kristopher wanted to just fall into his bed and sleep. But after opening his door, he was met with a nasty surprise. 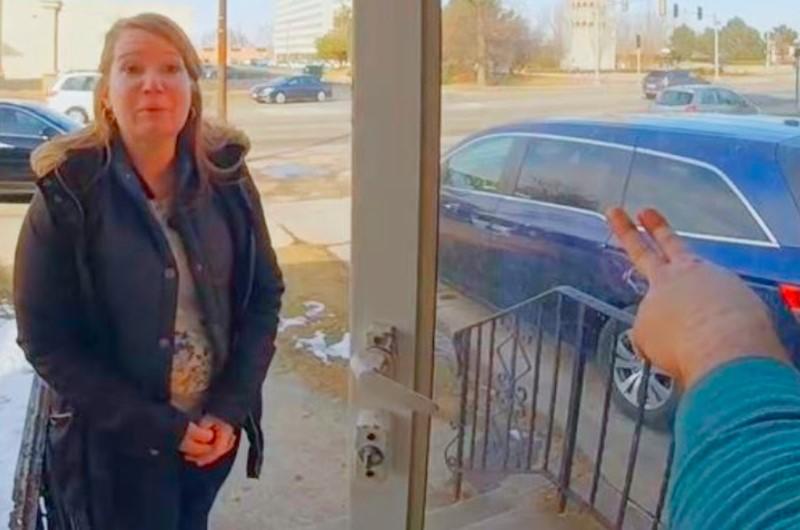 Kristopher found two quotes from his neighbor: one for $4,000 to cover the cost of a new fence and another for $6,000 to replace the burnt lawn. He didn’t have that kind of money! In fact, he’d spent the last of his cash on the useless fireworks.

He showed his dad the quote, which had been typed out on a Microsoft word document. Seeing that there was no logo or company name, he hit the roof. “Son, don’t you give that con artist a single dime,” he yelled. As the cherry on the top, there was a rude note underneath the quote, “I will also be having you pay my water bill for three months because the new yard will need lots of water.” Kristopher couldn’t believe it.

He took to Reddit to vent his anger, “Now the fence this woman had before was raggedy and falling apart. Her yard? Dead grass, weeds everywhere, never mowed it. Now looking at this paper she wants a mahogany fence, and a brand new backyard with flowers and trimmed hedges? I said ‘I need to get an estimate myself, this doesn’t feel right…’” Kristopher contacted a contractor friend. He was certain that his neighbor’s lawn had been in a terrible condition for years before this had happened, but the fire damage made it difficult to prove.

As for the mahogany fence, fresh lawn, flowers, and trimmed hedges, Kristopher knew a guy who could do it all – and cheaply. He arranged for the contractor to come out to give him an estimate, but then things turned ugly. The next day, Kristopher met the contractor outside. But before he could begin to assess the damage Patricia ran out, flailing her arms and screaming, “I did not give you permission to get an estimate on my fence!”

“Well, technically, the fence separates the property line, so the fence belongs to both of us,” Kristopher retorted. Obviously panicking that her plans were falling apart, the entitled neighbor called the cops.

Having None Of It “She calls the cops on me for having a contractor, and they ultimately can’t do a single thing because I’m on my property,” Kristopher wrote. “He quickly finishes the estimate off at $1,200.”

Luckily, Kristopher also knew a guy who did lawn care from his time working at a grocery store. He estimated the lawn re-seeding while she was away from the house to be about $800. “After I get these estimates, I give copies to the woman and she is having none of it,” he wrote on Reddit’s ProRevenge thread. Upon seeing the estimates that Kristopher had gathered, Patricia yelled, “I don’t know these people, I don’t want them near my house, they’re probably really bad contractors.”

Kristopher, trying to reason with her, replied, “No, I know them personally. They are really nice people and do great work.” But his neighbor didn’t want to hear it. She slammed the door in his face. But this is where the story gets interesting. “I ended up working a 16hr shift that night and got home at 8 AM, and this woman comes knocking on my door at 9 AM and demanded I speak to her,” Kristopher wrote.

“I explained, ‘I would really love to do this, but I just got home and I have to be back at work in less than five hours. I need to sleep.’ She goes ‘what kind of lazy jerk sleeps in until 2 PM?’” Kristopher had been bullied for too long by this audacious woman. He’d had enough. “At this point, I had about lost it, and told her, ‘you can either accept my $2000 for my quotes or get nothing.’ She stood there for a while with her mouth open, but she accepted my offer and planned to meet down at the notary the next morning,” Kristopher explained.

Thinking he had finally made her see things his way, he spent that night after work writing a contract and gathering the $2,000 in cash. But the battle was far from over. The next morning, Kristopher woke up and grabbed the contract. Thrilled to finally be done with this woman and never speak to her again, he went down to the notary to meet her.

Kristopher waited for her for over three hours, but she didn’t show up. “I get a message from her saying ‘I’m sorry the $2000 isn’t enough, I’m having my guys start work on this project, and you will be paying me the full price.’” “Oh really,” Kristopher thought to himself. He needed a plan. “After that, I did not say a single word to her, and I watched for a few months as these guys turned her backyard into an oasis, complete with a small pond, brand new sod, flowers, the whole nine yards,” Kristopher wrote.

“I come to find out she had plans to remodel these things for a long time and was just waiting for the opportunity to go through with it.” Now, Kristopher knew he had made a big mistake – he admitted that. He felt awful about burning down his neighbor’s yard, but he’d been willing to pay a fair price to cover the damages. How dare she ask for more money?

In a last-ditch effort to get justice, he fired up his computer. There, on a community Facebook page that she didn’t know he was a member of, he saw the incriminating photos and he was incredulous. So this is what she had wanted the money for? “She used her remodel funds to go on a trip to Hawaii. You know how I found out about this? She was bragging about it on the neighborhood Facebook group and didn’t know I was in it,” Kristopher wrote.

There, for everyone to see, were pictures of his neighbor sipping expensive cocktails in a five-star resort in Hawaii with her girlfriends while he scraped by getting the money to pay her! “Are you ready for the revenge?” He wrote, to the delight of Reddit users everywhere. “Now, four months after the fire and all the remodels, I get served papers to go to court for $10,300. At 18 years old I’m having to hire a lawyer to work my case,” Kristopher continued.

“When we finally do get into court, I lay everything out: the quotes, being harassed multiple times, not showing up after agreeing to a deal, not wanting me to get my own quotes (required by law, by the way), and her bragging about conning me out of money… and I have proof of all of this.” “The judge looked at her and said, “Ma’am, with all due respect, you’re out of your dadgum mind! Not only did this young man tell the truth about what happened, but he also offered to pay you more than he was supposed to,” Kristopher recounts.

“Your lawn was already dead before the fire occurred, therefore he is only responsible for the fence at $1,200. I will also deduct from this his lawyer fees.” Kristopher concluded his story on Reddit, “She took a huge financial loss from this, not sure how much the Hawaii trip cost her, but she was in serious debt. She ended up having to sell the house because of it and moved into a smaller house. Haven’t heard anything from her since.”

He added, “To this day, I still do not use fireworks, because we could’ve really hurt someone. What I have learned through this though, is it’s best to take responsibility for your actions right out the gate.”