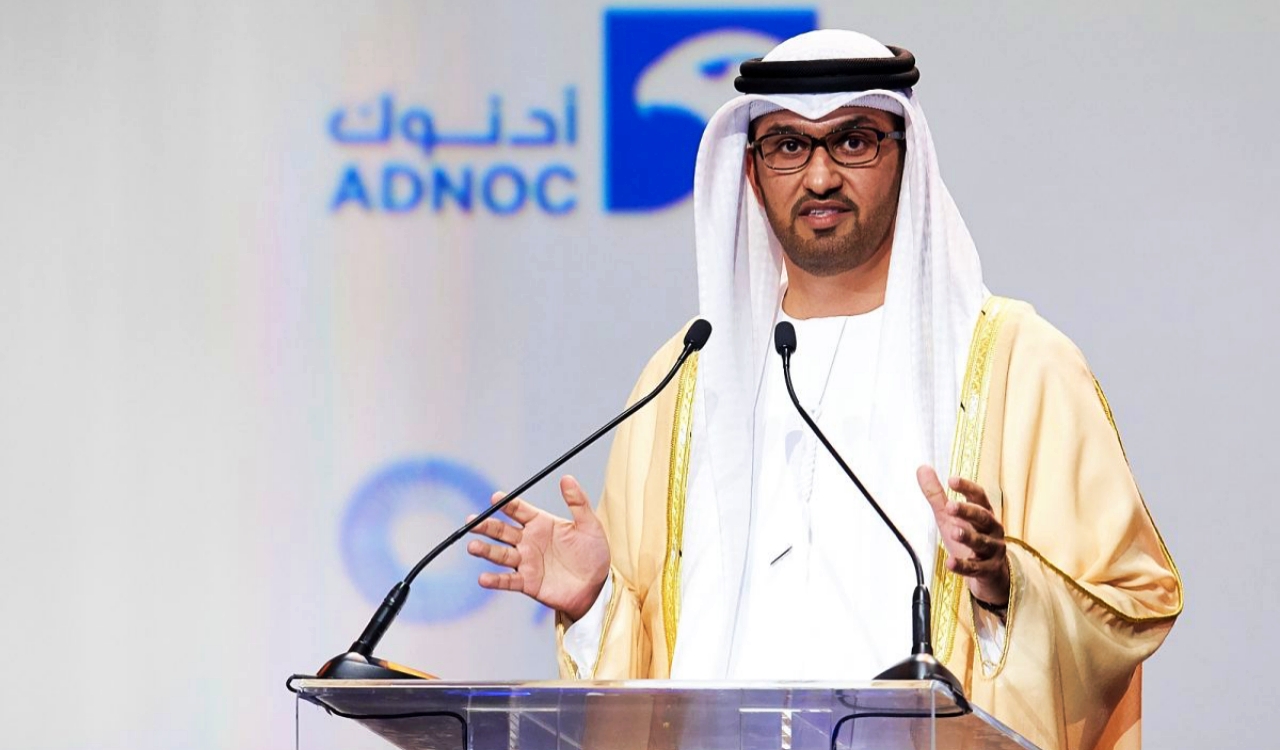 If there is one thing the United Arab Emirates is known for, it’s oil. That oil money has been incredibly lucrative for the region. To be fair to them, they have been using that money to improve. Whether this has to do with expanding infrastructure heavily or putting money heavily into science projects.

They are not unaware that oil will not be the future, but it is the “now” and due to that…they are racking in massive amounts of cash. Like many who have been in the booming oil industry, there has been a lot of pushback from the UAE over climate change matters for years now.

This is why it caused quite an issue this past week when they named the CEO of one of the world’s biggest oil firms to lead COP28. Of course, COP is a major global climate conference, part of the United Nations Framework Convention on Climate Change, where things are discussed to improve the environment.

The idea that an oil CEO is leading it has not been sitting well with climate activists.

The COP conference moves around to a different nation each year. It just so happens that COP28 will take place in the major UAE nation of Dubai. Thus, it should not really shock anyone that they tapped Sultan al-Jaber to lead it.

Many were already quite surprised that UAE was even hosting this event at all, honestly. Sultan al-Jaber leads the state-run Abu Dhabi National Oil company, which is notably one of the largest producers of oil on the planet and works within the major Organization of the Petroleum Exporting Countries or OPEC oil cartel.

The problem of Dubai hosting COP28 was discussed even dating back to COP27, hosted in Egypt. The event was called a “glorified fossil fuel trade show” by some who attended the event. Many now feel that this is a major conflict of interest for the oil CEO and that he should step down.

Yet the story of al-Jaber is not exactly this cut and dry, and that is where the issue really comes into play.

One could truly see the problem with an oil CEO leading this conference, but it’s not exactly fair to some. Sultan al-Jaber is much more than an oil CEO for the UAE. He actually oversees the nation’s renewable energy projects and serves as the UAE Minister for Industry & Technology.

In fact, he is the first CEO to ever serve as COP President. This is something that the state-run Emirates News Agency (WAM) has been saying. He is also not very new to many within international circles.

The state-run media claims al-Jaber has played a proactive role in more than 10 United Nations Conferences. He has also assisted with COP in the past as well as other summits. This is on top of his 20+ years as an executive in business, leadership, climate policy, and renewable & conventional energy sectors.

However, most are not buying into the propaganda that the state-run media is pushing. Several are pushing back, such as Harjeet Singh, the Head of Global Policy Strategy at the Climate Action Network International. He said in a statement:

“It will be tantamount to a full-scale capture of the UN climate talks by a petrostate national oil company and its associated fossil fuel lobbyist.”

Bill McGuire, the Professor Emeritus of Geophysical & Climate Hazards at University College London, made his opinion known on Twitter. Writing that COPs “have always been circuses, now they are complete jokes.” He went on to say:

Each Side Isn’t Happy With This Ordeal

It is obvious that you cannot make everyone happy. However, the United Arab Emirates had to know that regardless of his work in other circles, having Sultan al-Jaber lead this conference was controversial.

Meanwhile, the very fact that COP28 is in Dubai at all is an indictment of the ridiculousness of the United Nations. It makes sense to move things around as much as you can. However, like what Qatar did with the FIFA World Cup, many believe the UAE essentially paid people off to get COP28 in Dubai. Yet this is not exactly fair considering it’s a UN event.

Speaking of Qatar, some point out that they hosted COP`18 and named one of their energy heads to lead the event. Yet very few complained. Thus, some want to claim this specific issue might only be problematic because it’s the UAE. Yet that isn’t exactly fair, considering how much we have learned about the climate in the last decade.

Teresa Anderson, the Global Lead on Climate Justice at campaign group ActionAid, wrote in a statement that al-Jaber’s appointment “goes beyond putting the fox in charge of the henhouse.” She added:

“The UN Climate Summit is supposed to be a space where the world holds polluters to account, but increasingly it’s being hijacked by those with opposing interests. Like last year’s summit, we’re increasingly seeing fossil fuel interests taking control of the process and shaping it to meet their own needs.”

In spite of this, many are actually taking al-Jaber’s side. One prominent person in his camp is the former UK Prime Minister, Tony Blair. He welcomed this move, saying in a statement that al-Jaber would “offer groundbreaking leadership for COP28.”

Obviously, the United Arab Emirates is not unaware of the problem, so they wrote in a statement to CNBC:

We will have to see what takes place at this conference later this year. COP28 will begin on November 30th and will run up to December 12th.