Numbers, especially the very large and very small, can be deceiving. It’s almost impossible for our brains to compute the immense scale in the fields of astronomy or microbiology. Nevertheless, understanding and being able to visualize the incredibly large scale of our universe is valuable.

Let’s take a look at time and distance, and translate smaller units of time into understandably larger units: 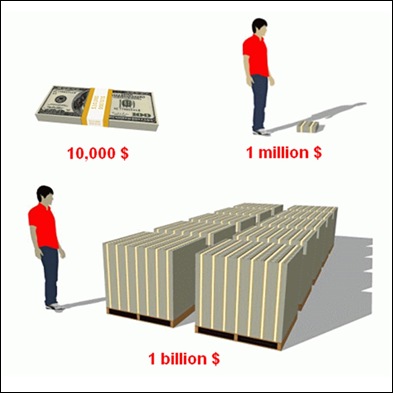 Understanding these large scales can help us visualize numbers that we might read or hear about.

For example, when you hear that something is “99.999% reliable”, it means there is an error rate of 10 out of a million. Using our references from above, that’s like being offline for only 10 seconds out of 12 days. Or, looking at it from the perspective of “distance”, you can have a tolerance of 10mm (about the width of your pinky finger) for every kilometer.

The phrase “One part per million” is often used by chemists to measure concentrations of substances. One ppm is like having a presence of 1 second in 12 days. And a part per trillion? Only 1 second every 30,000 years!

To help humanity visualize the large scale of our universe, the American Museum of Natural History has produced a movie that begins with a view of the Earth’s Himalayan Mountains and then zooms out: showing the orbits of Earth’s satellites, the Sun, the Solar System, the extent of humanity’s first radio signals, the Milky Way Galaxy, galaxies nearby, distant galaxies, and quasars. Every object in the video has been rendered to scale using the best scientific research available in 2009. The film has similarities to the famous Powers of Ten video, which you can also see below:

And here is the famous Powers of Ten video:

So how does estimating scale and magnitude apply to skepticism and critical thought?

The pseudoscience of Homeopathy is a great example.

The “law of infinitesimals” in homeopathy states that dilution increases the curative power of homeopathy medications. This means that a part-per-million solution of a substance is more medicinally powerful than a part-per-thousand solution, which has in turn more curative power than a part-per-hundred solution. In contrast, many of our modern drugs are ineffective in small quantities and the efficacy increases with dosage.

Let us put modern medicine aside and consider the dosages involved in homeopathy.

What does this mean? It means that a homeopathic solution is effectively water. Nothing more. Yet, it is sold, and people buy it. Homeopathy defies the laws of physics and chemistry, but due to effective marketing and a proper lack of FDA involvement, homeopathic “remedies” continue to be sold alongside legitimate medications.

One more reason to think twice before you consider purchasing Snake Oil.