Yesterday, a respected doctor took a video of an unidentified flying object over the skies of Montreal (more specifically, over the Cavendish Mall).

The headlines were typical for this type of story:

“UFOs in Montreal? Strange sights reported: Doctor among witnesses to ‘not of this world’ light show”

“Cote St. Luc doctor wonders if he spotted a UFO”

Dr. Cleve Ziegler, an obstetrician-gynecologist (note: not an astronomer… yet the press seems to think that because he’s a doctor, he’s more credible), spotted the object when he was driving home from work around 12:30 a.m. He couldn’t believe his eyes.

CTV News posted the video that Dr. Ziegler was able to take.  Stills from the video are found below. 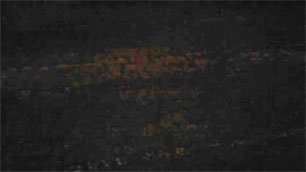 UFO? A planet? A star? Satellite? 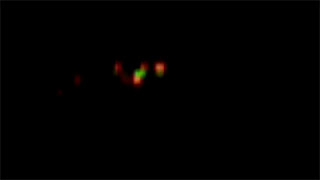 Andrew Fazekas, a director at the Royal Astronomical Society of Canada, said the object was likely of this world.

“From the description, definitely I would say it is not something astronomical. It’s not a satellite. And it’s not a star or anything like that,” said Fazekas.

He posed another theory. Around the same time, helicopters were buzzing around the site of a fuel spill at the Port of Montreal in the other end of town.

Having grown up in Montreal, this story piqued my interest. The concept of extraterrestrial life has always intrigued me, and as much as I would like to believe that an alien aircraft hovered over Montreal last night, I reckon this is nothing more than something from our own home planet.