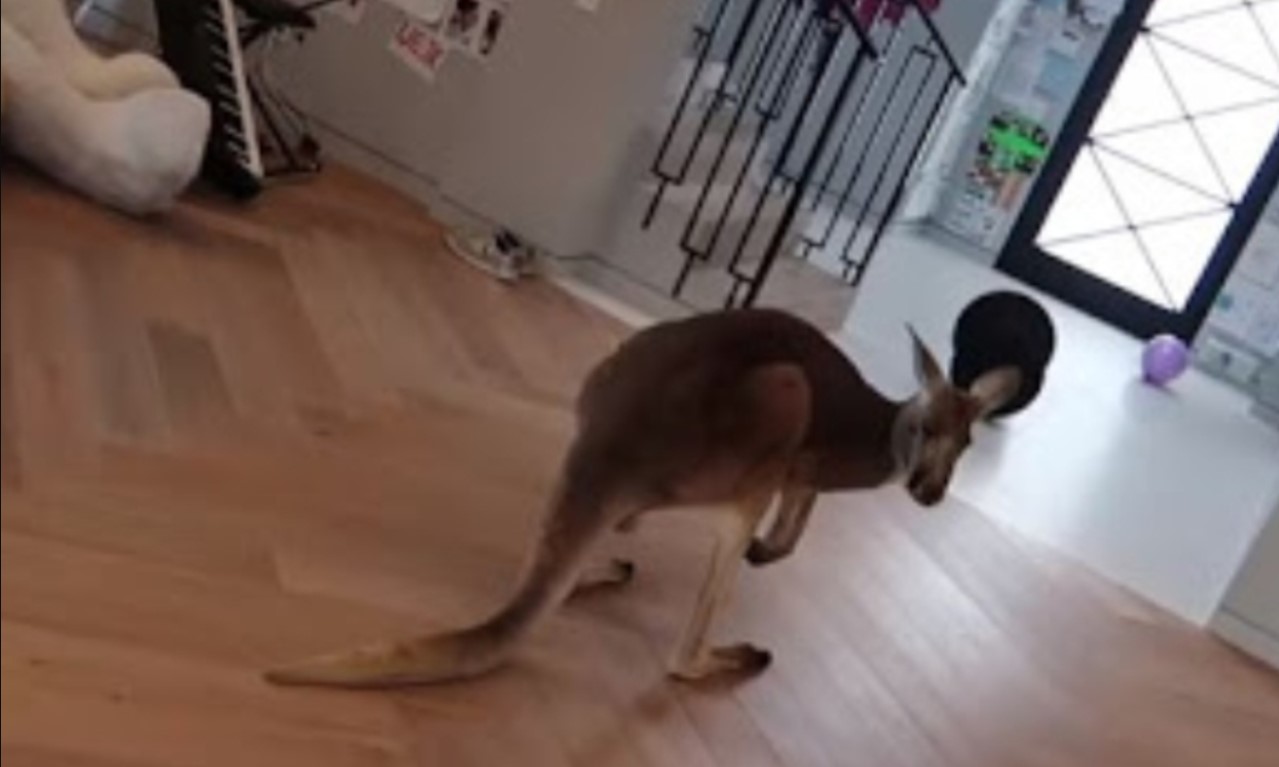 In certain areas, it’s actually not that infrequent that people’s homes will be invaded by random wild animals. The cheeky animals are normally attracted by the smell of food, the prospect of shelter, or just curiosity. It certainly surprises the poor homeowners when they come to find a lost critter in the comfort of their home. 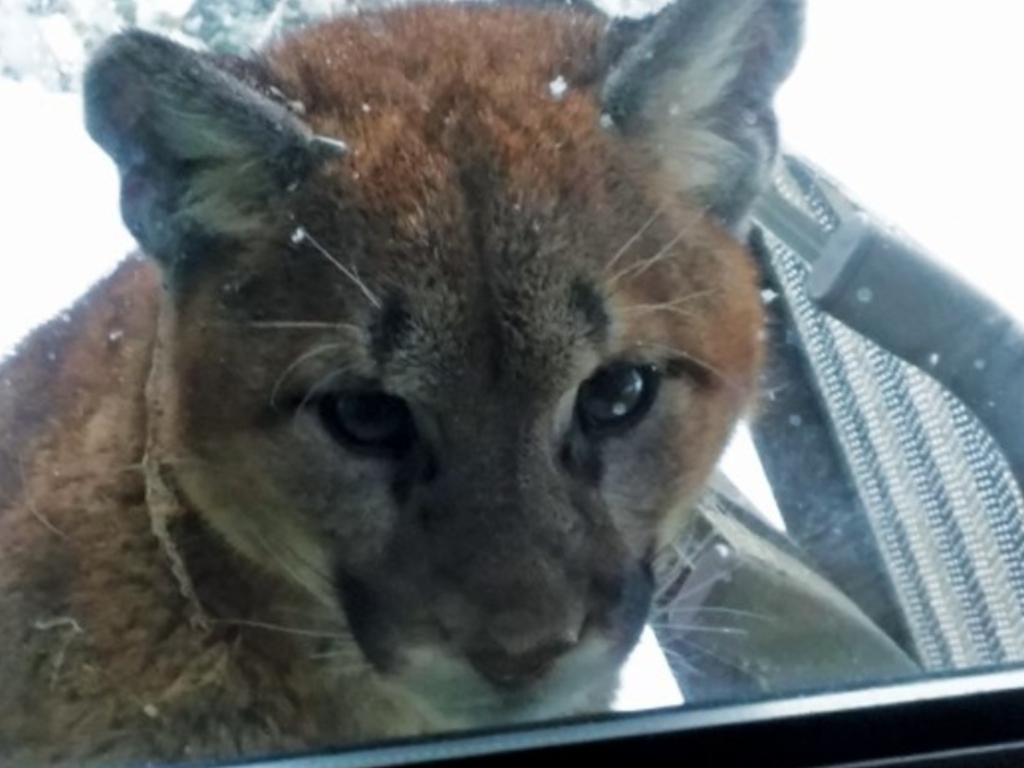 A Kansas woman got a notification on her Ring Bell app that someone was at her front door.

But it turned out the sensors had caught a wandering mountain lion instead! It even let out a deep growl, just to let everyone know who was boss. The owner said she couldn’t imaging hearing that sound in person.

Do You Have Fish? 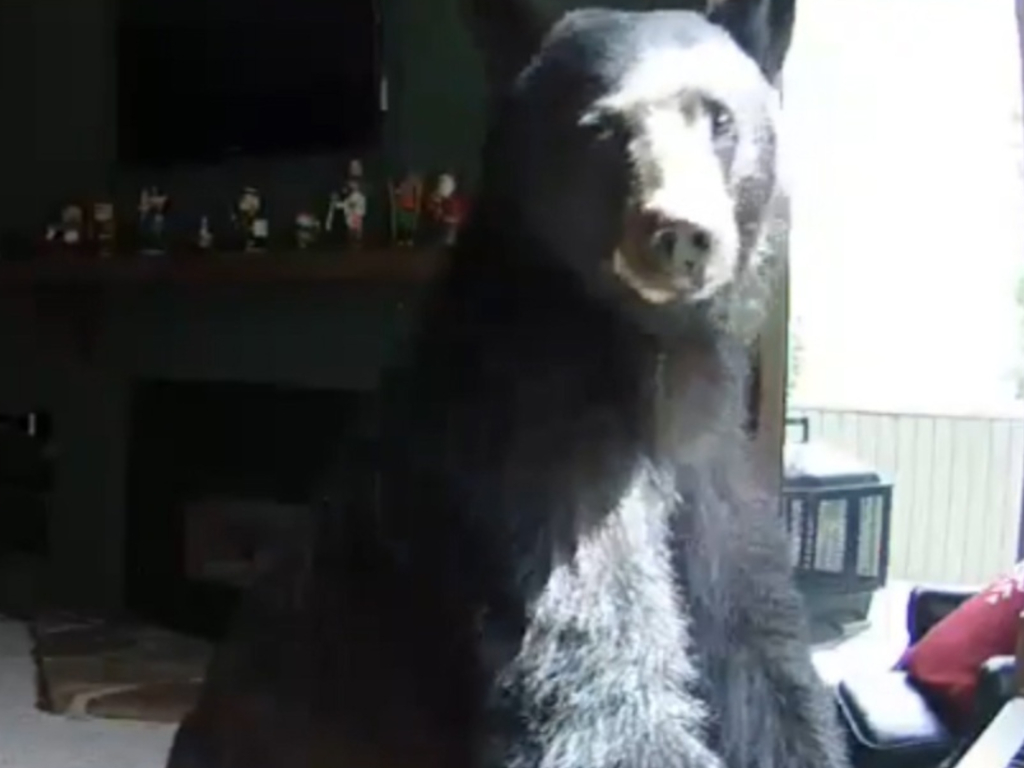 A black bear in Newmarket, Ontario decided to use its Saturday the same as humans – he decided to run some errands.

It was first spotted in a residential area, but slowly made its way to a No-Frills supermarket before it was caught and transported back to the forest. 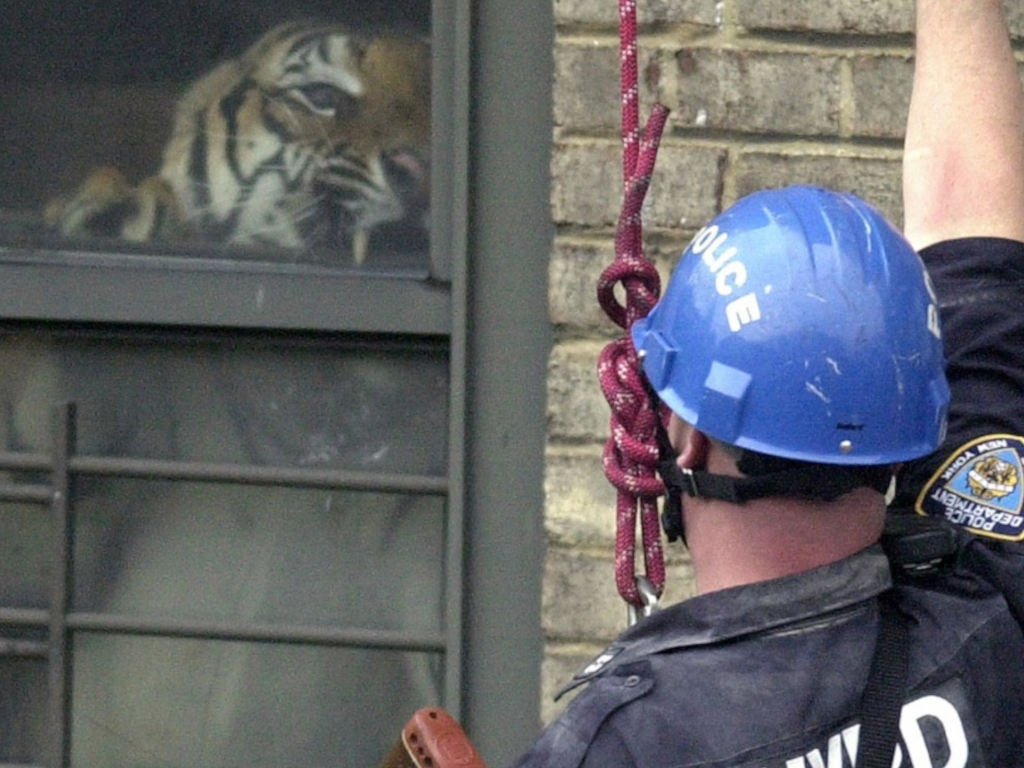 A tiger was found lying on a bed inside a house as it sheltered from a deadly monsoon in India.

Needless to say, the owner was terrified, but it only got worse when the authorities told the man he would have to wait much longer than expected because emergency services were dealing with other distress calls. He just had to wait and let the big kitty be a resident for the day.

A startled kangaroo in Melbourne, Australia jumped through the window of a family home and locked itself in the bathroom.

An animal rescue worker was called in to handle the situation and found the young, 65-pound kangaroo exhausted and in distress. “He would have been in a complete panic and in desperation just run in the path of what would have looked like a passage home, and just gone through the window.” In one Montana home, officers arrived to find a black bear had somehow opened the door to the residence and deadbolt it, locking itself in the home.

With nowhere to go, the bear ripped apart the room and climbed up into the closet to take a nap. But when officers arrive, the animal wasn’t in any hurry to leave. It must have been a comfy closet! 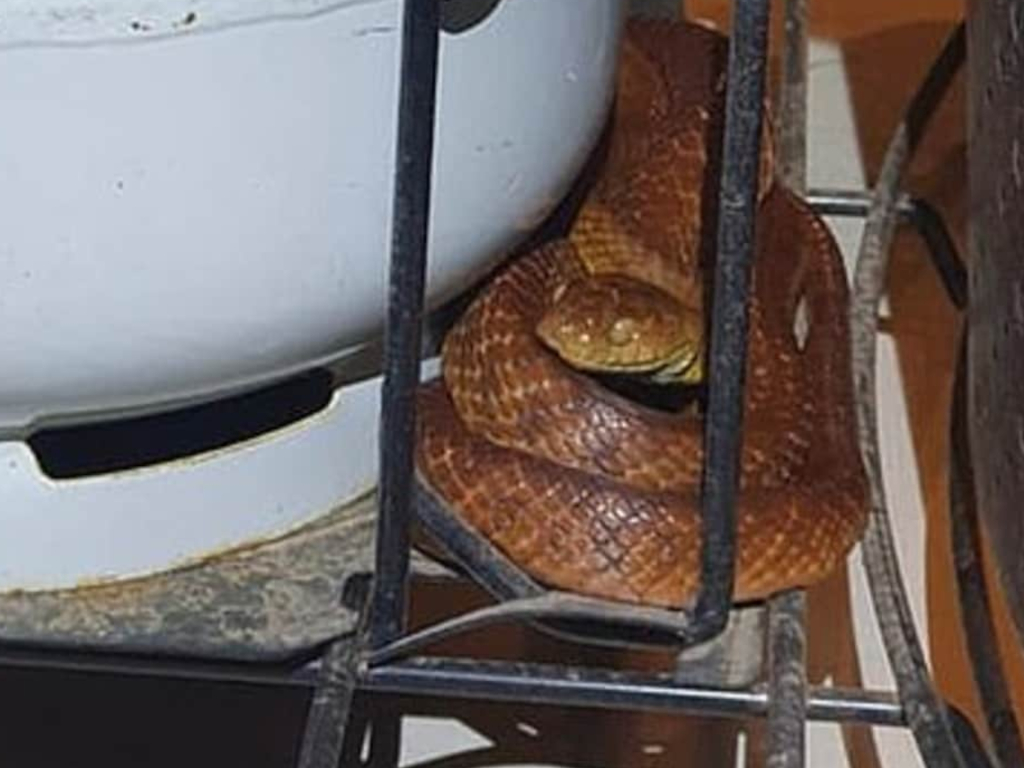 People living along the Queensland coast, found they had unexpected visitors.

It happens when these Australian areas end up flooded from heavy rains. The little, and big, guys try to get out of the depths and take shelter anywhere they can. 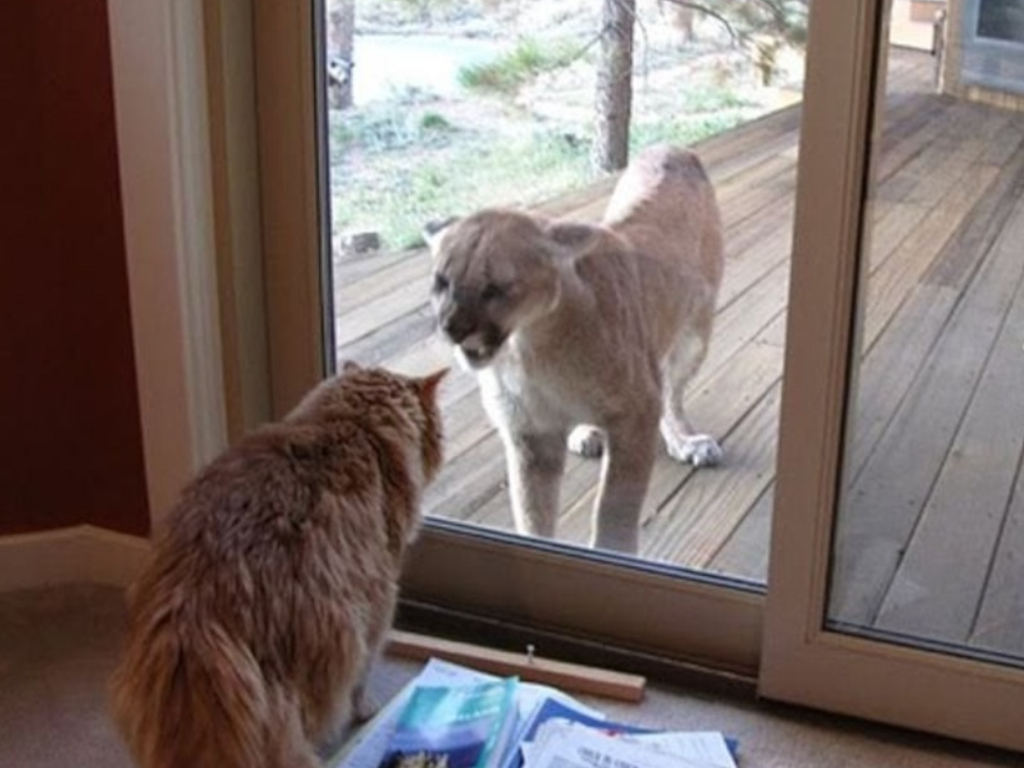 On Sunday night, a mountain lion made its way into Edward and Kathy Sudduth’s home through the front door—which had been left open—while they were relaxing for the night.

The couple believes that their intruder was chasing a neighbor’s cat, which found shelter in their living room. When the mountain lion entered, they thought it was just a huge dog—it even ran into Kathy. 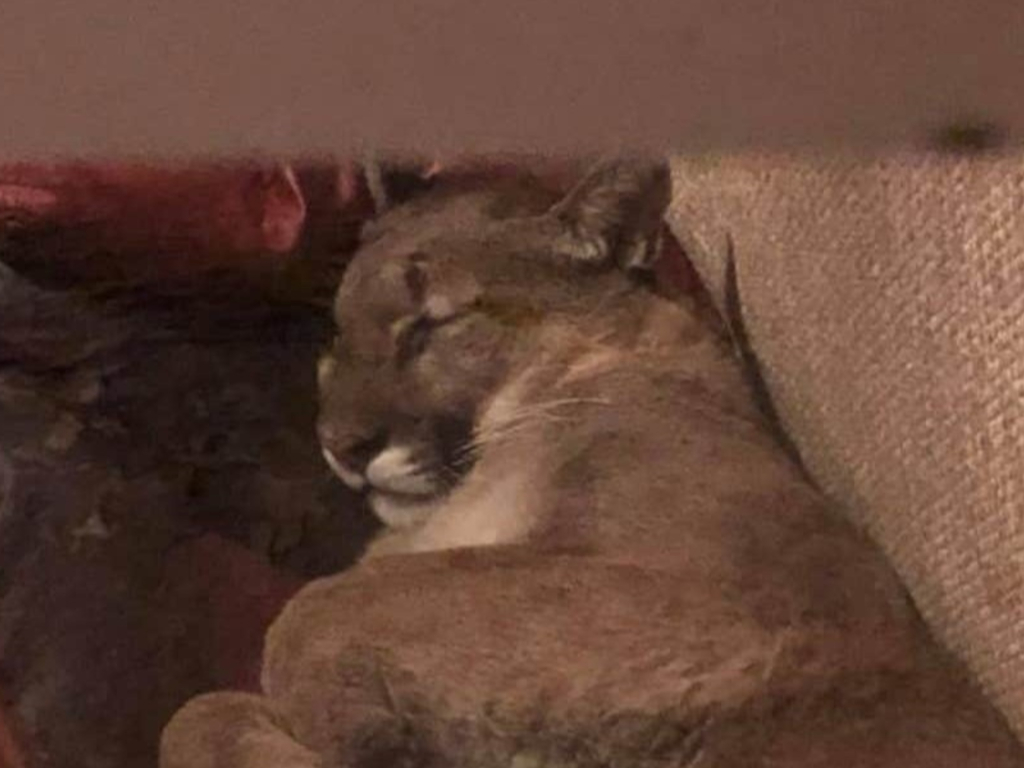 An Oregon woman came home one day to find a mountain lion sleeping in her living room.

After she posted a bunch of photos on social media, she told reporters that she managed to drive the big kitty away by playing the bongo drums (hoping that the loud noises would make it want to leave). A sleeping kitty, however, isn’t the only occurrence of home-invasion.

A Washington state  homeowner nearly had a heart attack when a mountain lion burst through his rear screen door. When animal control arrived, all it took was a pair of tranquilizer darts to make it fall asleep face-down in the kitchen sink. 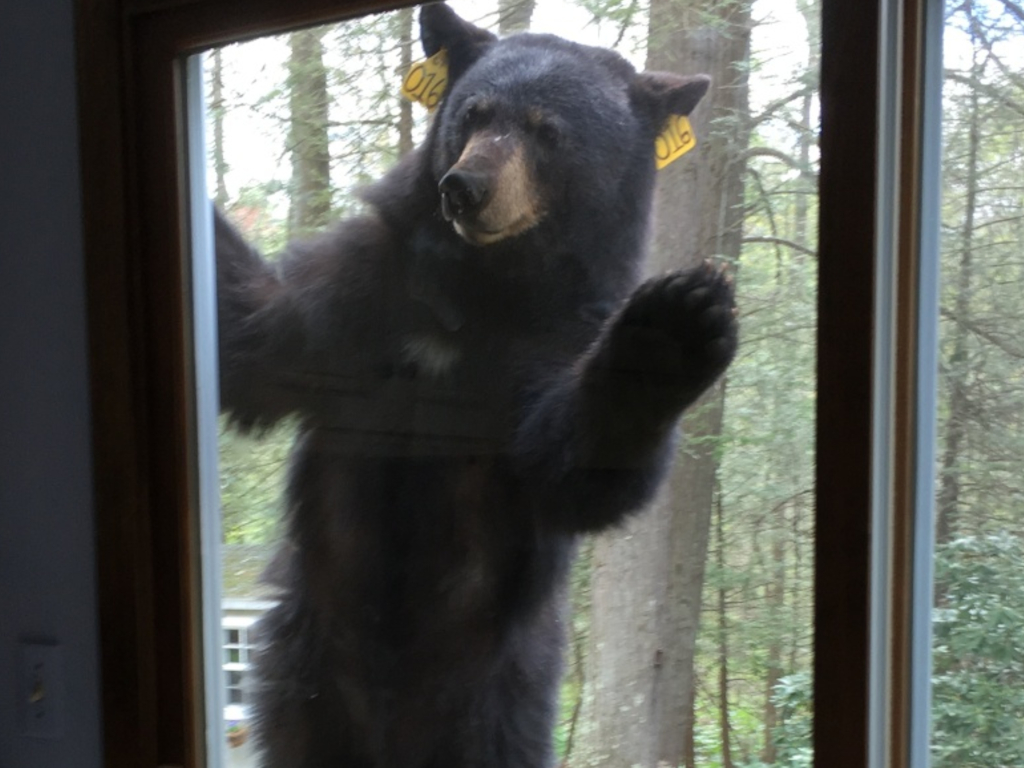 A bear named Taps escaped from a zoo in Osnabrueck, Germany, in 2017.

The bear was quickly captured by zoo personnel before it could cause any harm. Police officers rushed to the zoo and assisted in temporarily evacuating the area as well as investigating the animal’s escape. 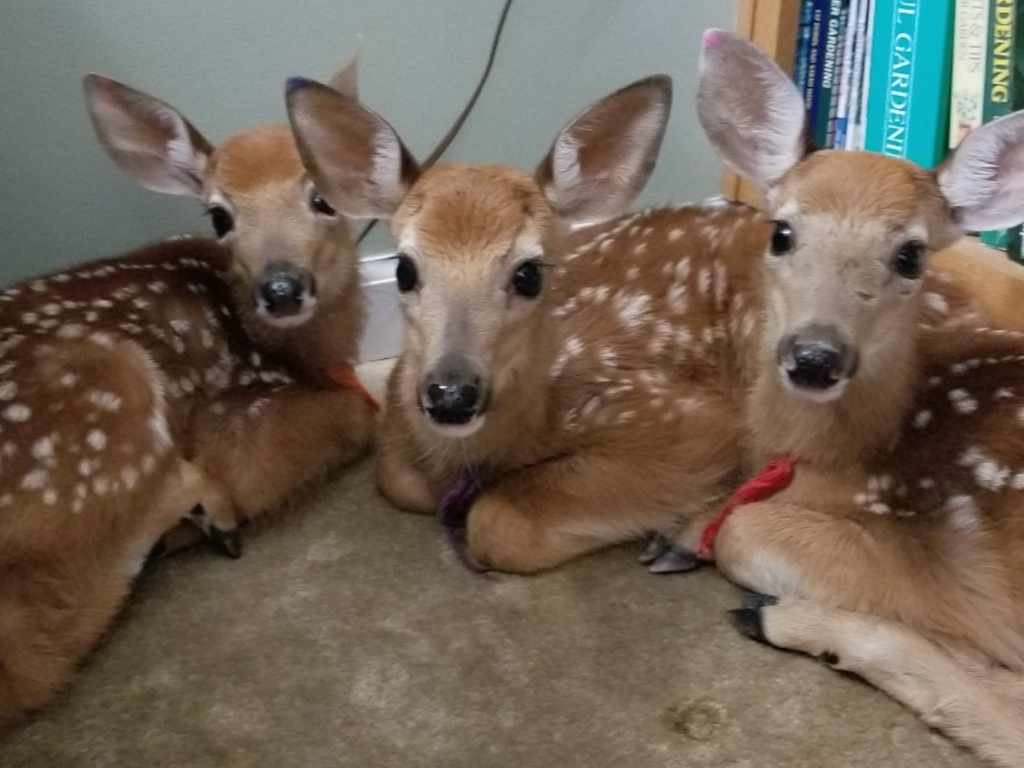 Did you know it’s illegal to rescue baby deer?

One couple found this out the hard way after thinking a cluster of fuzzy babies weren’t actually orphans. This is because momma deer intentionally leaves their kids hidden some place so predators aren’t lured in by the adult. It’s a homeowner’s worst nightmare – coming home from vacation and finding out an intruder left your house in an utter disaster.

When Chad and Leigh Smith got home to Covington with their three kids and dog, they were hoping to relax. But when they rounded a corner in their house, they found a deer sitting in their living room. It’s not just Australia that hold the record for unwanted animal visitors.

Florida gets its fair share as well! One man got the shock of his life when he opened the front door, only to see an enormous snake trying to get in. The owner ran from the room and called the cops – closing the door just in time before the snake could get into the rest of the house. 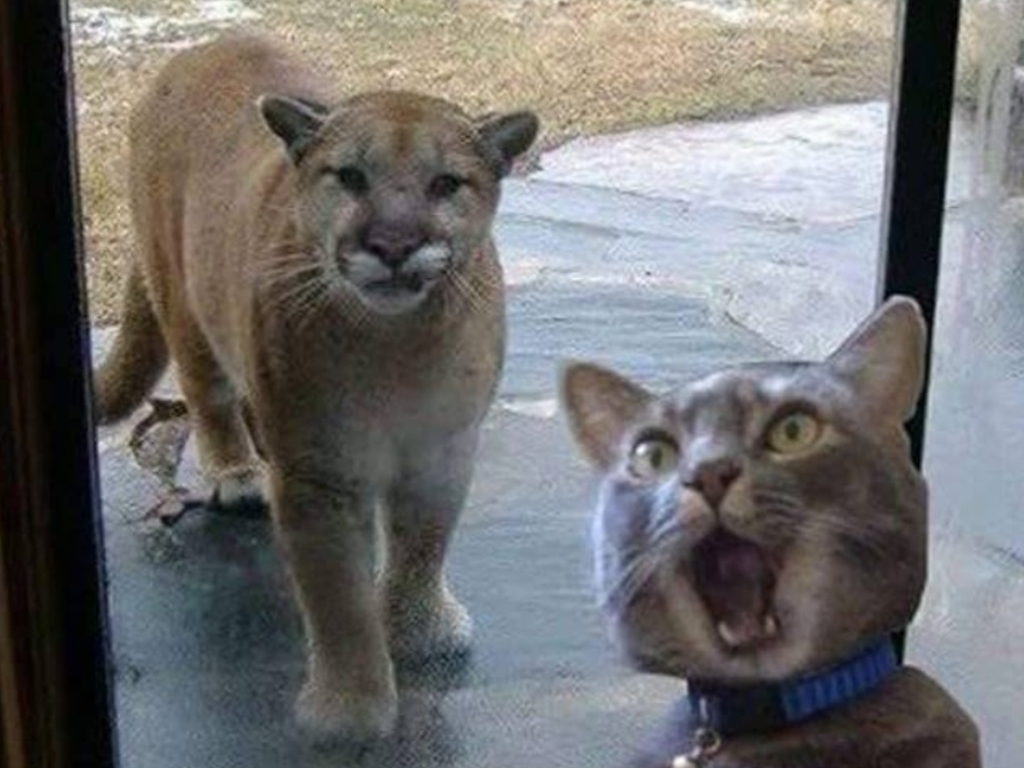 Memes all have a starting point.

Once in a while, there’s a setup that is too good to be true. This scared kitty calls from help from its human mom when a big bully showed up on their doorstep. More often than not, the predator is either hungry, or just curious. This one, however, looks pretty hungry. 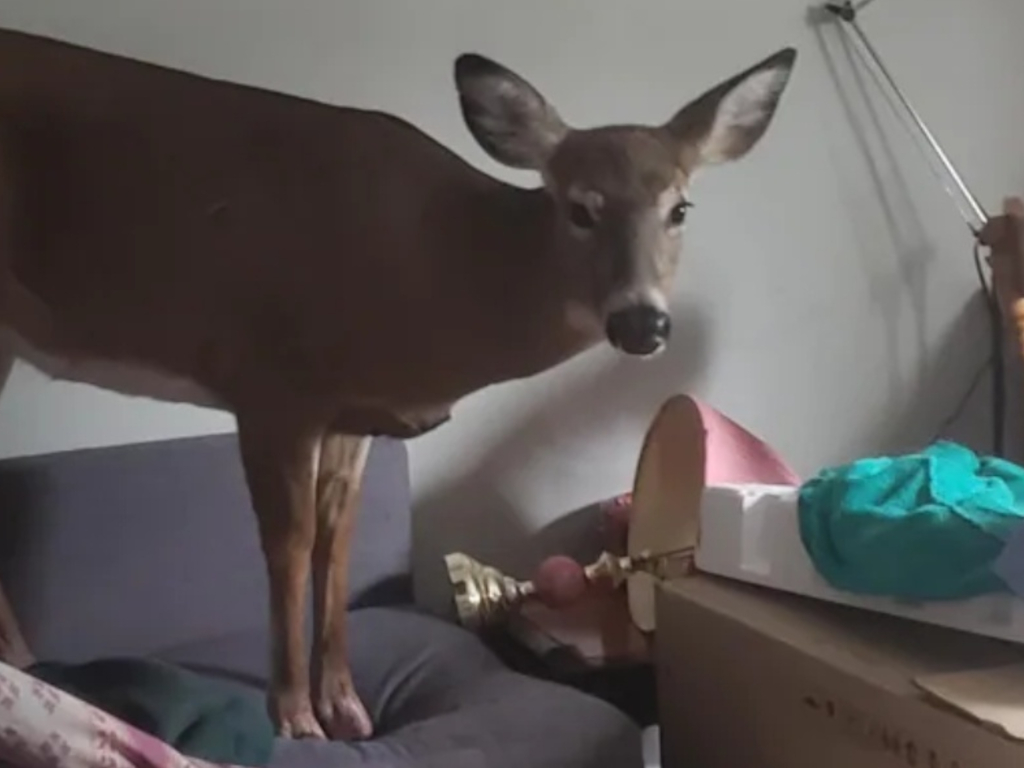 A herd of deer near a community in Essex decided the area’s lovely lawns and gardens would make a lovely snack.

When the roads were deserted, they crept out and lingered for a few hours. Most of them minded their own business, but a couple of them accidently wandered through people’s open patio doors. Whilst on location, filming on an Indonesian island, Planet Earth II cameraman Mark MacEwen found a Komodo dragon in his bathroom!

The big lizard looked very content to stay in there, and ended up having to be lured out by local authorities with a hunk of rotten meat on a string – sort of like fishing. 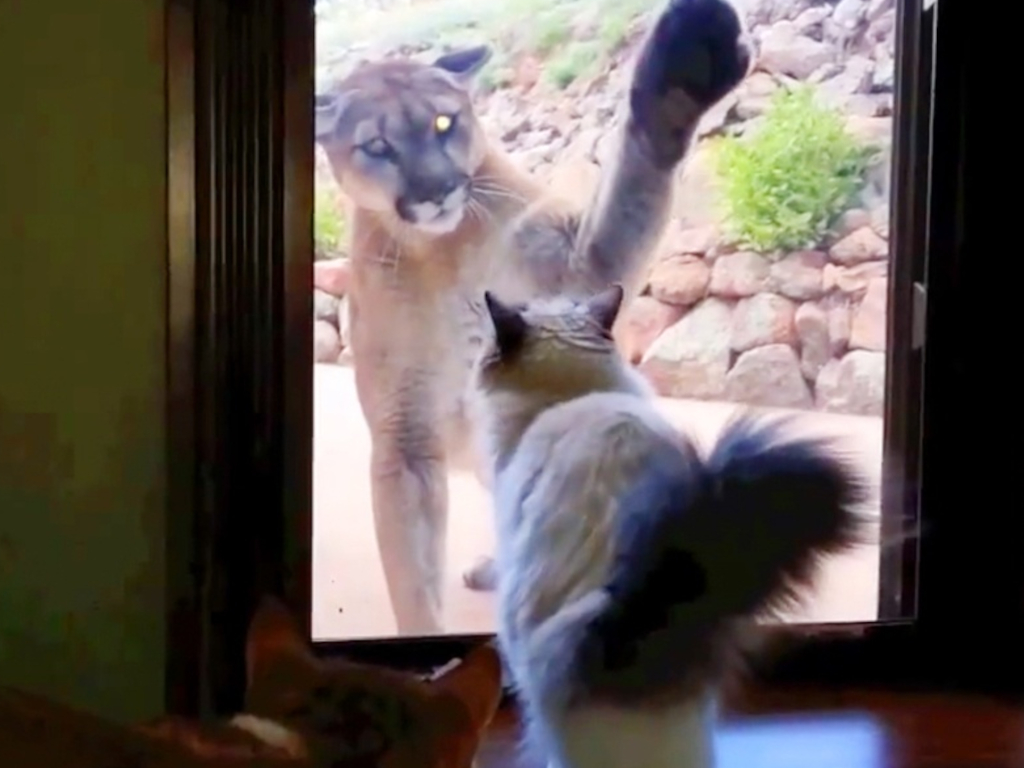 However, a California homeowner found out that “treats” can be just as tempting when they are stuffed. A wild cat broke into her house after spotting taxidermy game trophies hanging on the walls. It’s no surprise that many of these invaders come from the land down under.

Eric Holland, of Thurgoona Australia, was working in the shed of his residence when he saw a strange animal crossing the yard. He went out to see what was going on and came face-to-face with the 1.5-meter-long lizard on the wall of the house. Eeep! But when it comes to wild animals, please leave it up to the experts. It doesn’t matter if the big cat “blinked slowly” and made someone feel all warm and fuzzy inside. Stay out of the house and call animal control!