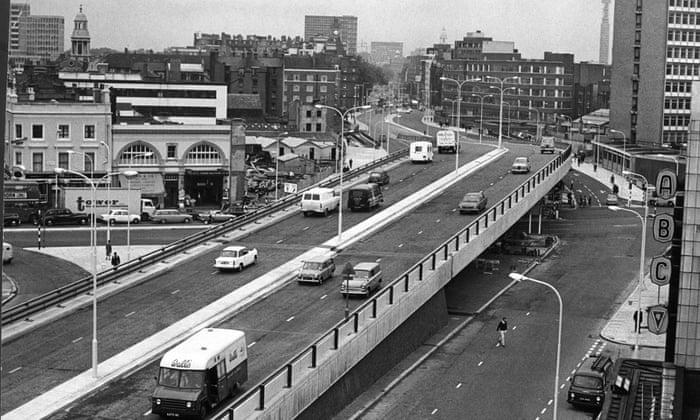 The transportation options in the United States are limited. Cars are the main source of travel versus trains. The main interstate highway (I-5) on the West Coast is becoming congested with traffic. Because of this congestion, engineers are trying to figure our a way to disperse the traffic. Also, because of the US culture around cars, health is being jeopardized. Cars let out more gas and fumes while sitting stationery.

In Europe, they are reducing car emissions by providing an optional form of transportation: Eurail-speed train. The Eurail travels across Europe. The AVE is a modern high-speed train in Spain, renowned for its punctuality and short travel times between cities across the vast Spanish countryside. The need for a high-speed train on the West Coast is necessary, but money and culture are influencing that decision.

America is developed more with suburban neighborhoods. The structure of cities would have to change to make room for a train network. Furthermore, in the U.S., even if you arrive at your destination via train, you still need a car because most cities don’t have convenient metro systems in place that can comfortably ferry people around to the places they need to go. Most cities don’t have a train system. In suburban environments, stores or shopping centers are nearby. If a metro system was built, it would reduce car
emissions.

Big cities in the US (Washington DC and New York) have a rail system, and it is quite functional for everyone. Therefore, it would be beneficial to relieve the congestion on I-5 to have a train system on the West Coast.

The US Highway is so ingrained into our culture that cars are idolized as being the main transportation method. We are bombarded with car advertisements on a daily basis. In other countries, a tax is placed on car ownership; therefore, cars used for transport is discouraged.

Another Solution to the Traffic Issue

The traffic along the highway would be less and reduce emissions with an alternative choice: taking a train. Another option is being argued to solve the traffic problem. An idea to include two extra lanes on I-5-southbound and northbound-with no maximum speed limit, is more dangerous than advantageous.

California State Governor wants to eliminate maximum speed limits on I-5 to decrease cars sitting in traffic and therefore decreasing pollution. He also wants to include two extra lanes. For Californians who dream of driving at top speeds, a new state bill could provide their fix: four speed-limit-free highway lanes, similar to Germany’s Autobahn, which would allow motorists to zoom up and down the state as fast as they want without penalty. Even though the California State Governor has a plan in place, will it improve traffic and congestion with extra lanes being built? The expense of building would be tremendous.

The plan – introduced last week by Orange County State Sen. John Moorlach (R-Costa Mesa) in State Bill 319 – would add no-speed-limit lanes to Interstate 5 and State Route 99, serving as an alternative to California’s high-speed rail project, which been plagued with delays and cost overruns. High speed rails would be more conducive to health, allow faster travel, and provide an option for those without a car. But, moving forward with an updated train system would take more than hard work.

What is More Convenient?

A high-speed train was discouraged because it is mostly inconvenient. A representative of the mostly industrial city of Vernon told the board the project could affect 21 businesses in their city, including some of their largest energy users.  It is unfortunate that our climate is changing because of poorly thought out choices, and it will influence our health in the future.