Alone In The Mountains

Roger takes a deep breath as his pulse thickens. This is not how he intended to spend the last week of his holiday. The woods seclude him from the rest of the world and he can feel his heartbeat in his throat. He’s on his own with nobody else in sight, just nature, and only nature. He’s not alone though. In fact, he’s far from alone.

Then suddenly, something in the nestled trees stands out and catches Rogers’s attention- turning his blood to ice in his veins.

In Need Of A Vacation 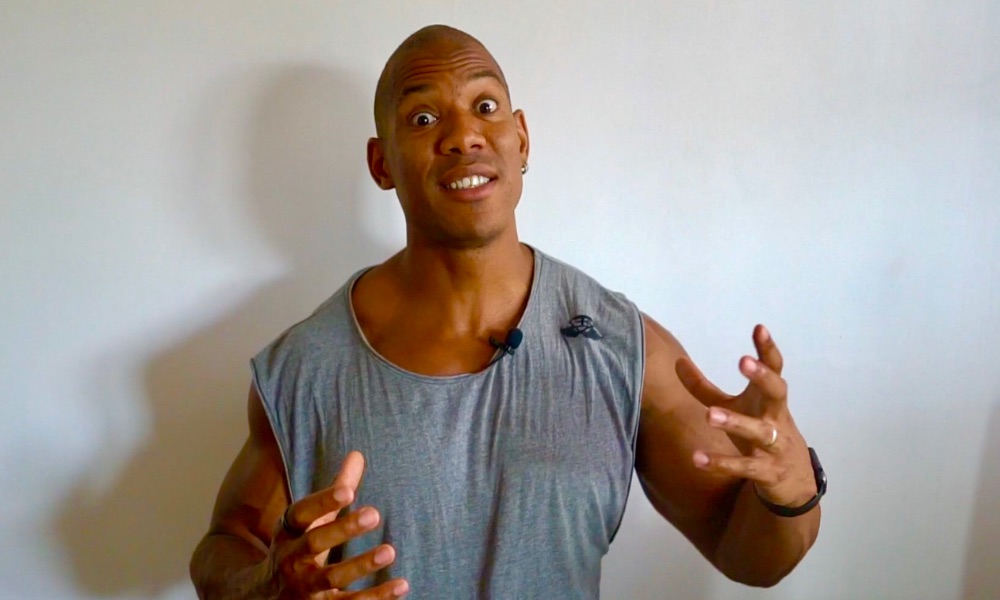 Roger Snipes needed a vacation. After a stressful couple of months, he knew he needed to escape London and do his own thing for much-needed rest and relaxation. He wanted the cool water of the ocean to lap at his feet, fizzing and bubbling like brine. He wanted the sun beating on his back and beaming in his eyes. Yes, Roger was in desperate need of a vacation.

But little did Roger know his vacation would be far from relaxing. 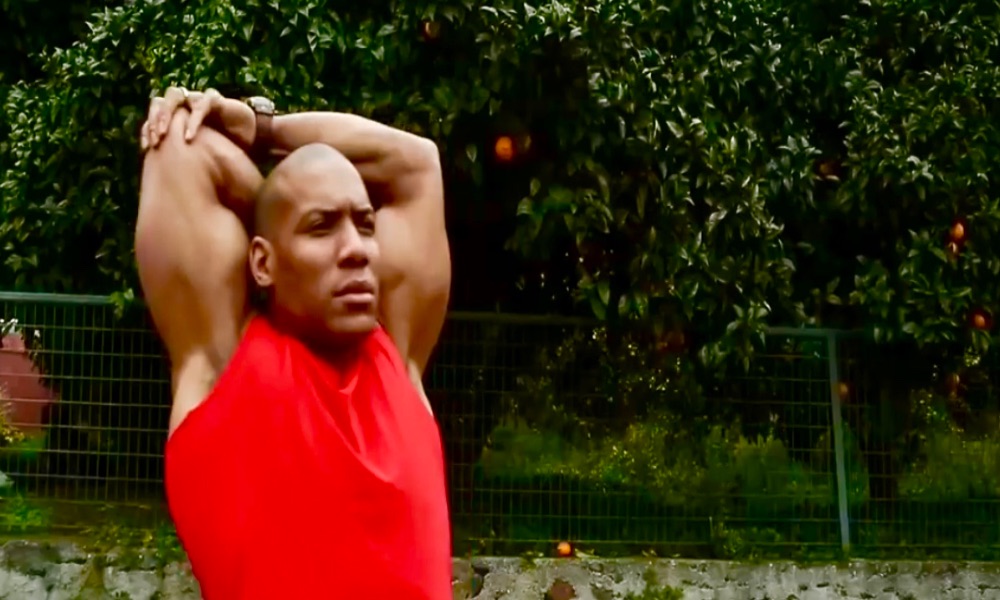 Roger decided to go ahead and book himself a flight to Tenerife. A frequent visitor, Roger had been going there since he was 5 years old. Fond memories of him and his family playing on the beaches creep into his mind as he books his flight. He was excited at the thought of finding himself his own personal oasis to retreat to whenever he needed to.

But unbeknownst to Roger, his personal oasis would be far from heavenly. 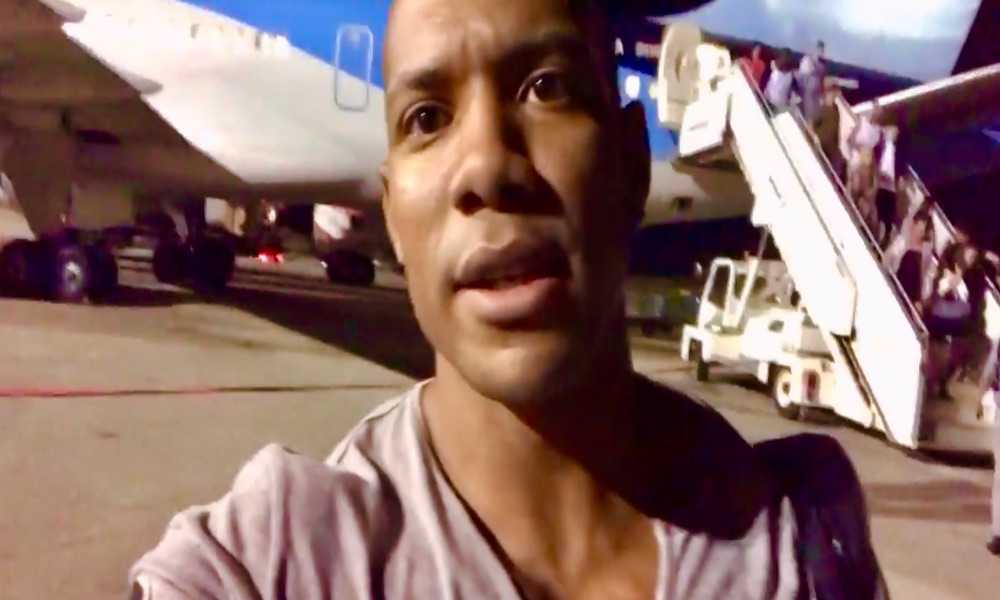 Once Roger arrived in Tenerife armed with bottles of sun lotion and an appetite for the sun, he decided to relax for the first few days. He wanted to sink his feet into the sugar-like sands, hear the waves lapping like the ticking of a clock. Roger was ready for a week of pure relaxation.

But he was not ready for this. 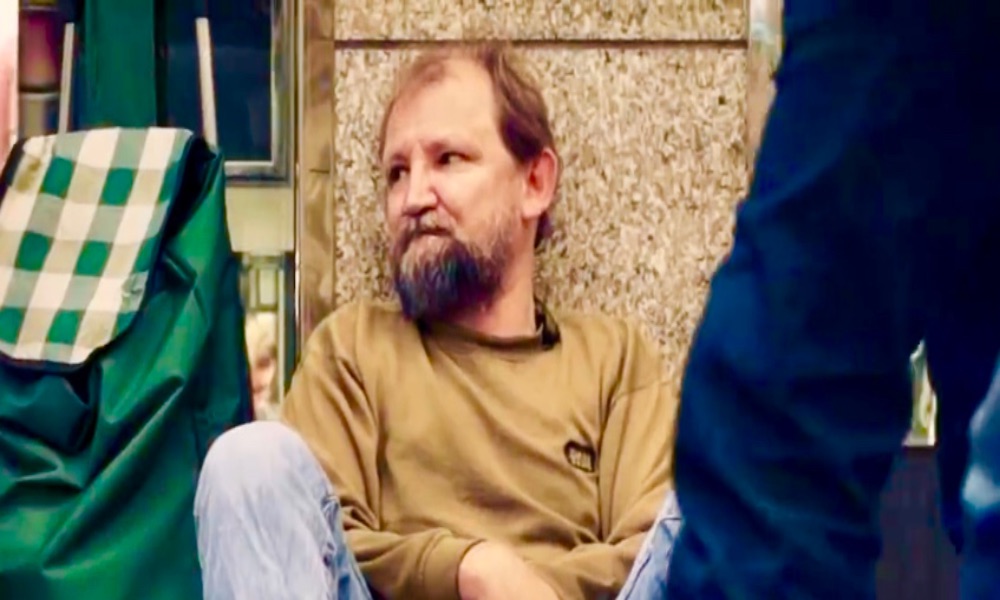 As Roger leaves a local supermarket to go back to his hotel he notices an old man across the road. The man was balled up like he was afraid to release his knees, rocking in time to the beep of a car backing up, his eyes fixated on Roger. His clothes seemed to be once high end, but with enough wear and tear anything can look like rags. His skin was hidden behind layers of grime and his hair hung as a tangled mop of brown and grey.

He signals for Roger to come over, curling his long dirty fingers. Hesitating at first, Roger makes his way over.

Giving Him A Leaflet 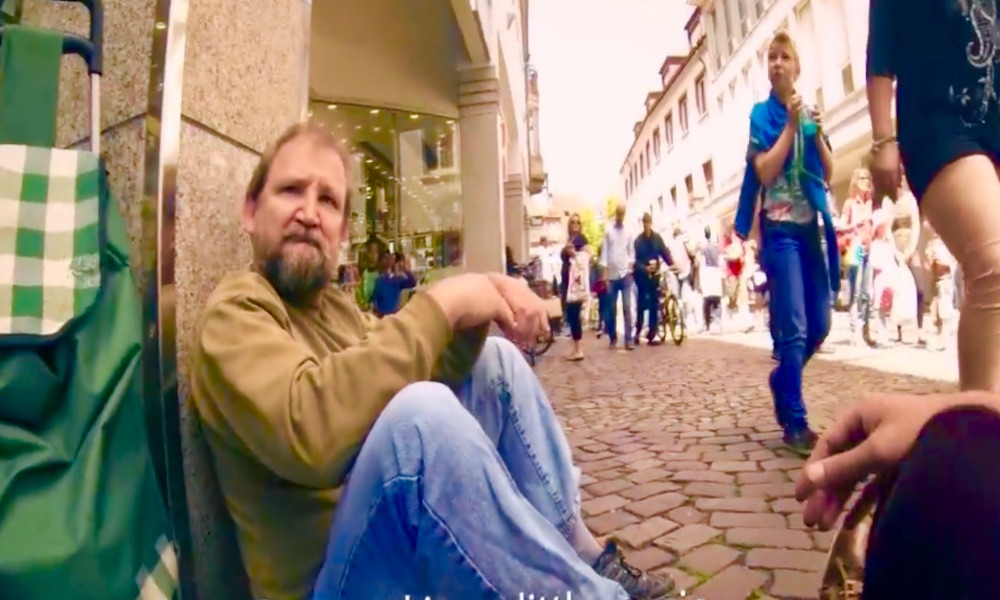 “You’re here for a good time, right?”, the man asks, followed a pungent stench lingering in the air. “Uhm, yeah sure!” Roger replies while slowly trying to walk away from the man. “Go here then,” the man demands, throwing Roger a brochure before eerily smiling at him. As soon as the man threw the brochure, Roger noticed a weird symbol was printed onto his wrist. Was it a tattoo? The man saw Rogers’s eyes were fixed on the symbol on his skin and he rolls down his sleeves. Roger smiles at the man and as he reads through the leaflet he looks back up at the old man.

But he was gone. He had vanished. 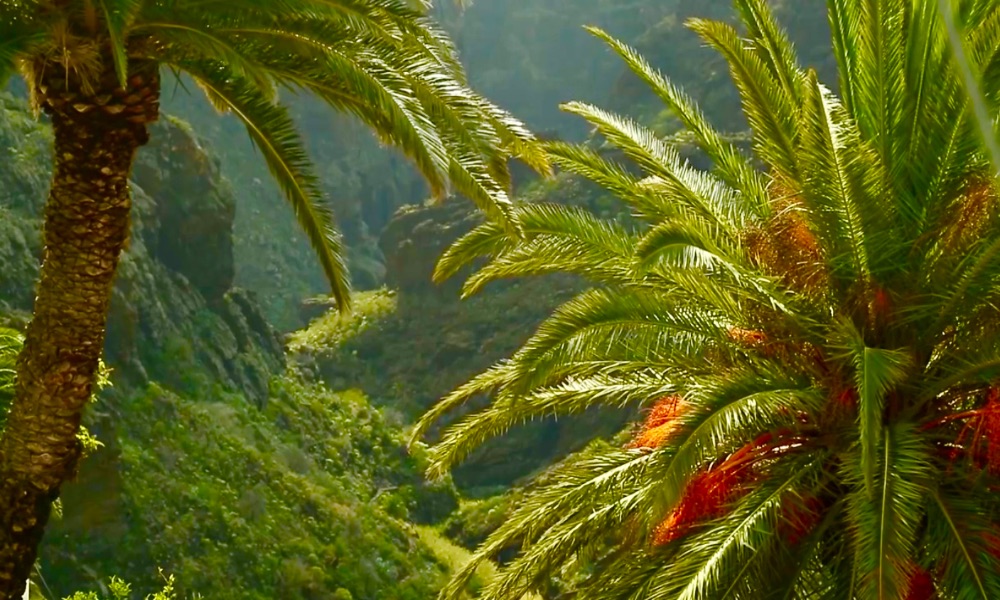 Browsing the leaflet, Roger saw that it was advertising the Anaga National Park, where the highest mountain peak reaches about 3,500 feet. A self-proclaimed fitness fanatic, Roger liked the look of this park and knew he had to go see it. He reveled at the thought of himself standing atop the rocky surface, raising his arm in victory with clouds swirling around him. This mountain was just too tantalizing a trip to pass up!

But Roger had no idea what he would be dealing with when he got there.

Ready For The Hike 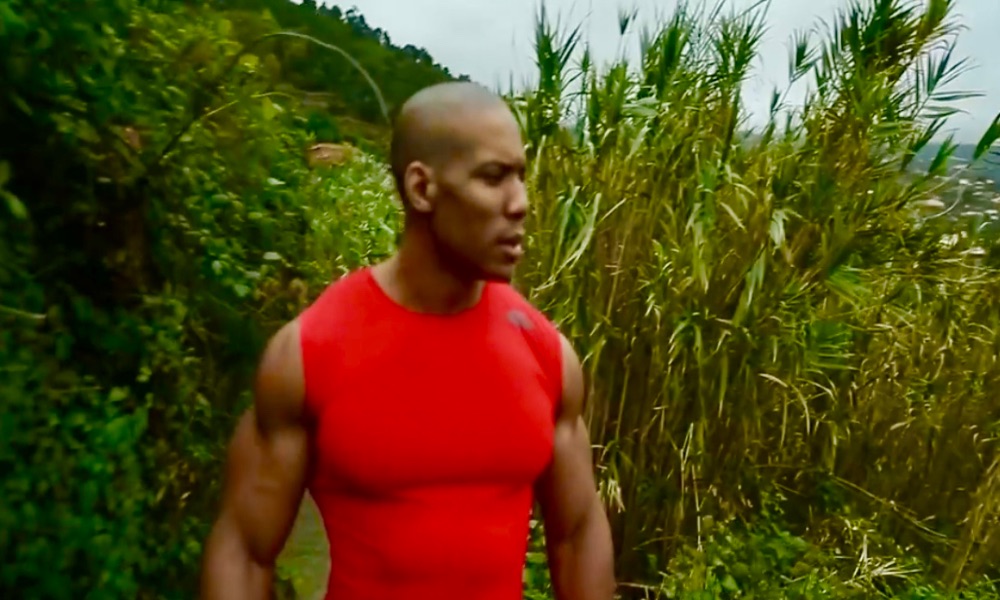 After a two hour journey, finally, Roger had arrived at the park. As he gets out the car he notices there’s only one dirty path and that’s all. He walks along the path and nature adjusts to his presence. The squirrels scatter away as he walks towards them, and scurry up atop the trees. The birds silence their chirping simultaneously.

He didn’t know why, but a feeling of uncertainty crept upon Roger. 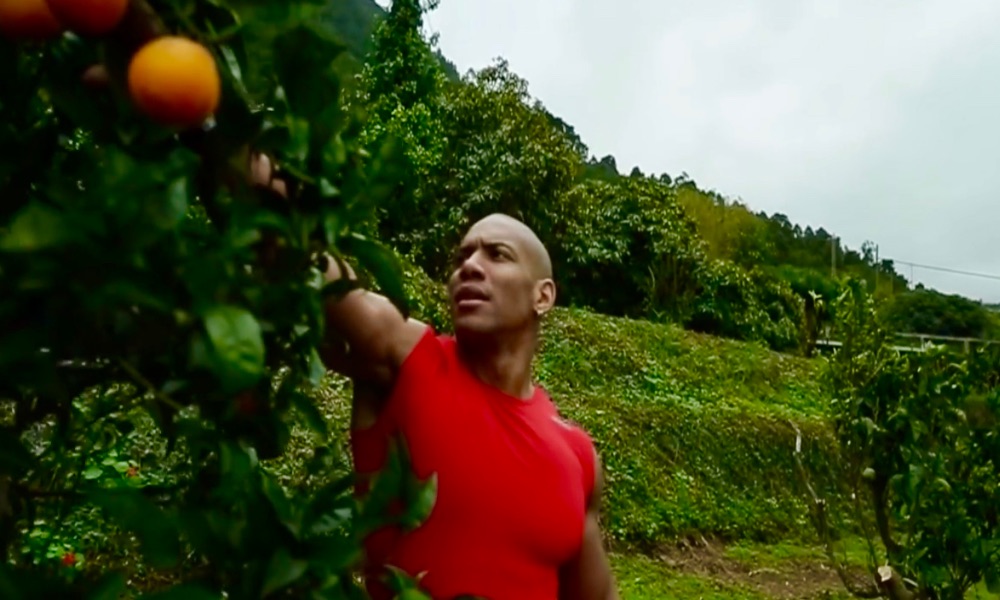 The dirt path snaked around the side of the mountain with a sheer drop to the right. Carefully Roger made his away along the path while thick dark green branches arched over the path from each side, competing for the light. But then as he follows the winding path, suddenly he hears something. The sound of crunches, as if someone had just stepped on a branch behind him.

He takes a deep breath before swiftly turning around. 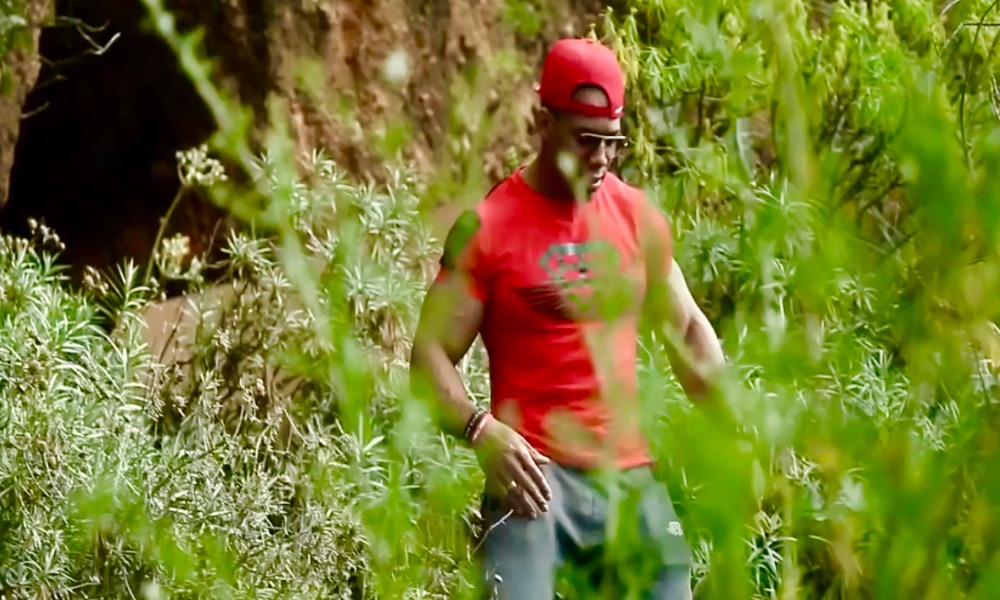 There was nobody there. Confused and a tad freaked out, Roger turned back around and carried on walking. But then he hears a more louder, more prominent noise. It seemed to come from around the corner. At first, its whisper was like rustling of the wind in the trees, then as Roger got closer, the whisper became an eerie, rasping sound, moaning, and groaning.

What was this sound? And where was it coming from? 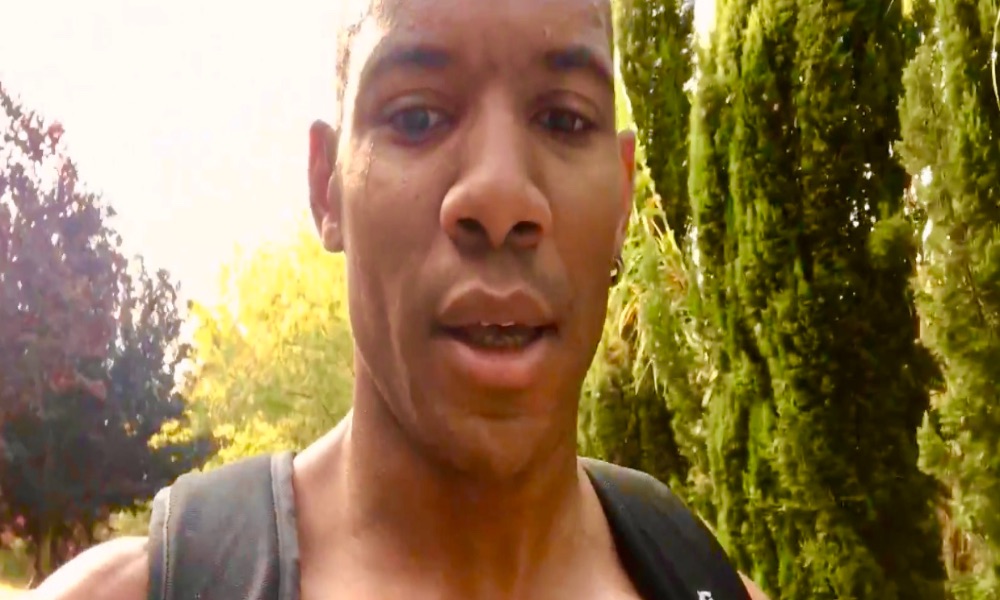 The mountain path winds ahead as effortlessly as a blanket laid on a bed and Roger slowly walks around the bend eager to find the cause of this noise. And he does. His mouth drops at the sight before his eyes. He grabs onto a prickly rock while adrenalin flies over his veins like a like a fish through the river. But he couldn’t move a single muscle.

Not even to scream.

What Were They Doing Here? Out of nowhere, Roger had come across shepherds, who seemed to be rounding up their goats. “What were they doing here?” Roger thought to himself as he crouched behind a large rock trying not to give away his presence. Roger was so confused.

But this wasn’t the only thing that left Roger with questions. Each goat had a strange symbol printed on its fluffy grey fur. But then Roger realized It was the same symbol the old guy had on his wrist! “Ok, now I’m really confused,” Roger thought. But then suddenly, the Shepard picks up a long pointed spear.

He raises it in the air and points it directly at one of his goats. 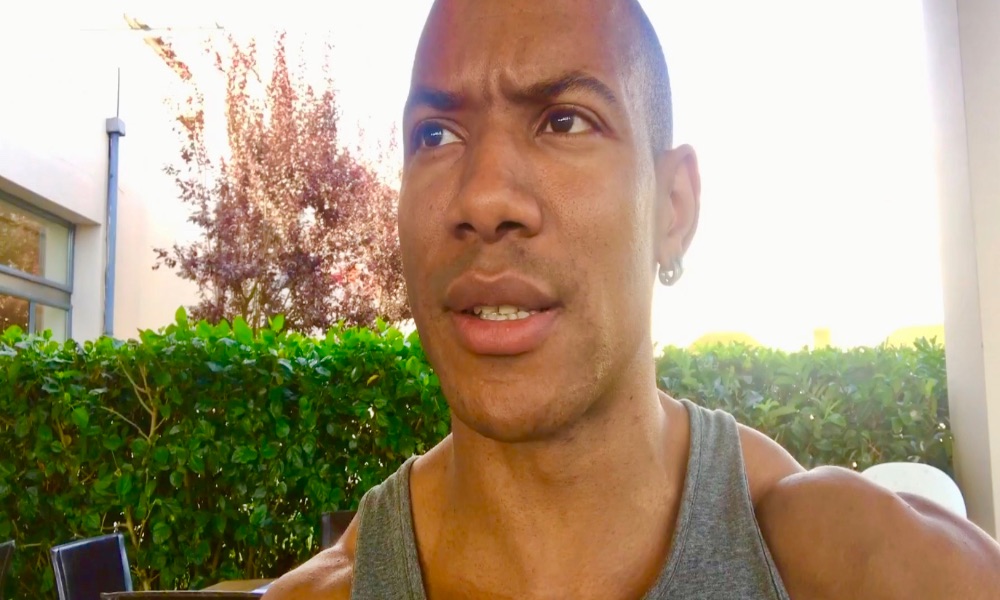 “He wouldn’t? Would he?” Roger asks himself, his heartbeat beating like a big bass drum. But then the Shepard raises the spear even higher, his eyes fixed on the goat. He yells out a foreign chant and the goat lets out a moan. Roger couldn’t look.

He had to get out of there. He just wanted to go home. But first, he needed answers. According to the locals, Roger found out that for hundreds of years these shepherd jumpers have used spears to herd their goats. Instead of the graphic thought that Roger had, instead they use the spear to wrangle the goats. Bracing themselves like pole vaulters to quickly move up and down the rocky terrain. Roger was relieved to know that the goats weren’t used for some sacrifice but still, after his trip on the mountain Roger made a promise to himself.

And it’s a promise he’s stuck with since. Wow, what a story! It just goes to show you never know what you might get into on your next vacation! You could swim with dolphins, try and taste the local cuisine, or in Roger’s case, you could even end up witnessing a 100-year-old ritual! But that’s what vacations are about right? Trying different things. Even if that may mean trekking up a remote mountain to witness a ritual involving sheep!