This  country music power couple has gone through so many ups and downs, but they’ve stuck together through over 21 years of marriage and even long making beautiful tunes.

However, on the day of their anniversary, the couple decided they would drop a surprising bomb on their fan base. 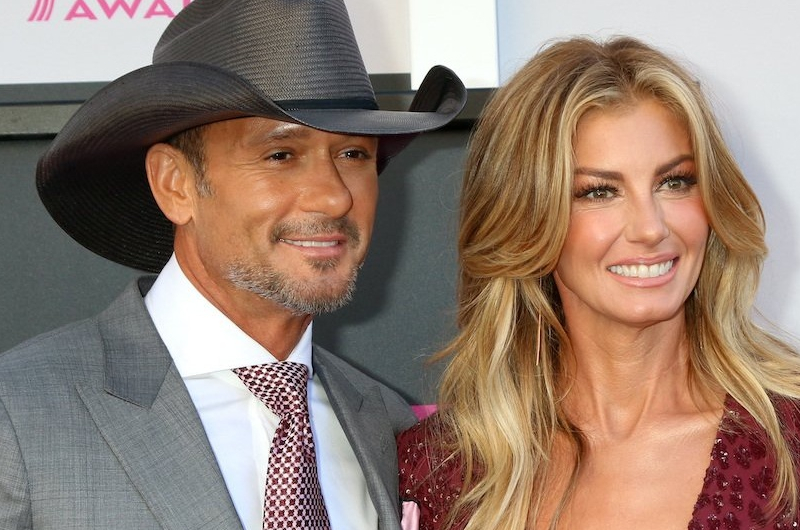 The long road to this surprising moment started back in the New Faces Show in Nashville in 1994.

It was there the two first met. However, Hill was just getting out of a rough divorce to a music producer, and McGraw was dating Kristine Donahue. It was a brief introduction, but one that would leave an impression for the two-year stretch until they met each other again. 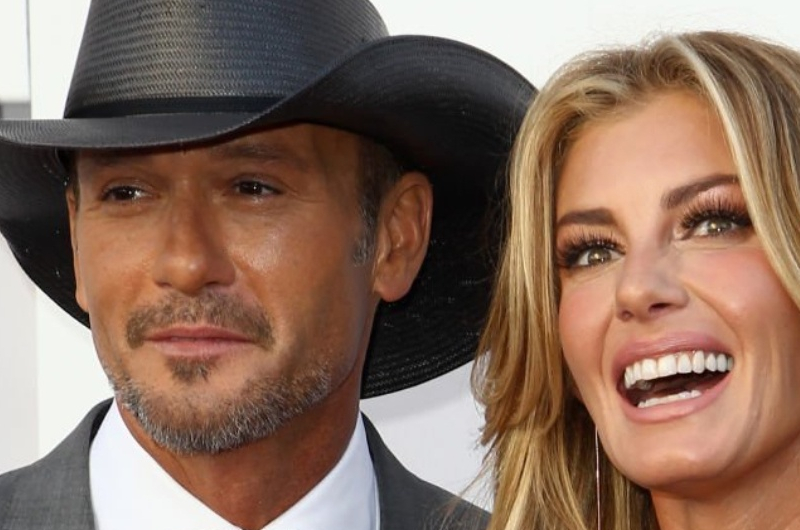 It was the “Spontaneous Combustion” tour in 1996 that brought these two headliners back together.

Anyone who have thought that it would be the ideal moment for these two to finally connect – because, according to everyone, there were clear sparks. But, sadly, fate wasn’t going to make things easy. 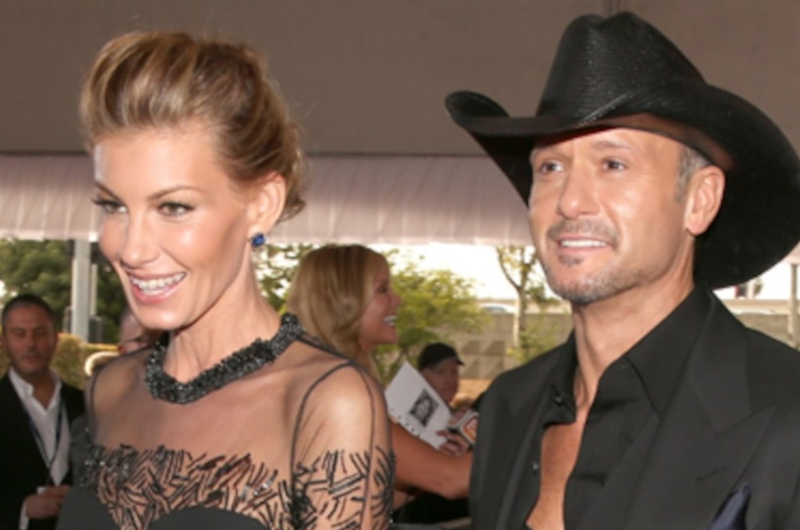 The two found themselves on opposites sides of the drama.

McGraw was now the one going through a break up, despite everyone thinking the relationship with Donahue was strong. Also, Hill was now dating a new record producer. There was also another problem … a bigger one. 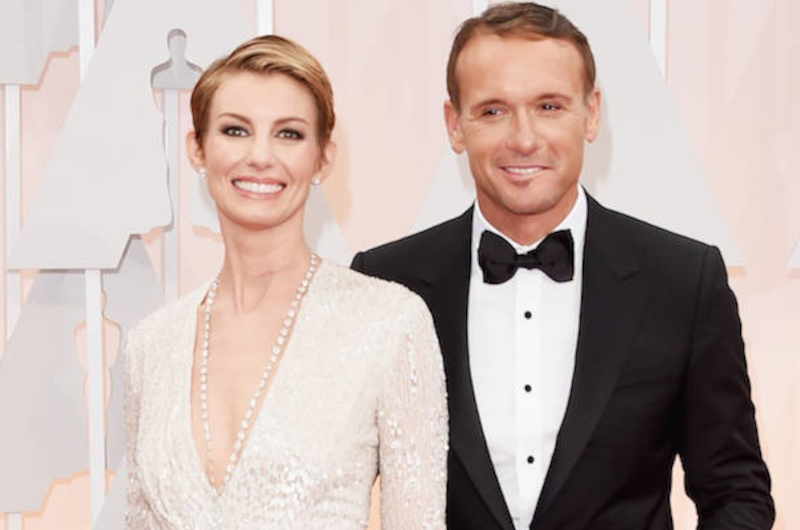 Hill and McGraw were spending so much time together on tour, that it was impossible for the flames not to grow.

However, Hill was still engaged. As days turned into weeks, the reality became painfully clear. She had to make a decision – McGraw or her fiancé. The turning point would come quickly, and in their dressing room.

It Just Takes One 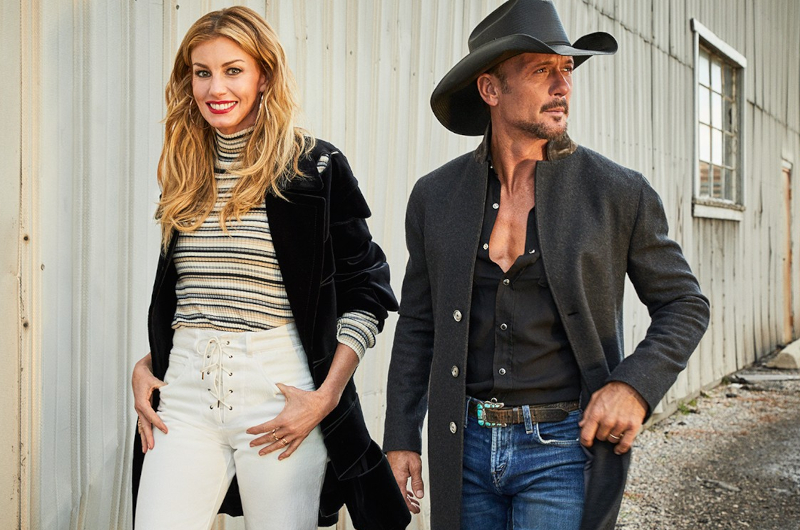 It was just one kiss from McGraw, but that’s all it took.

Hill knew what she wanted and immediately called off the engagement. The fans, however, also had their own opinions – most of which were pretty condemning. Still, Hill remained firm and blasted out one quote to all the haters… 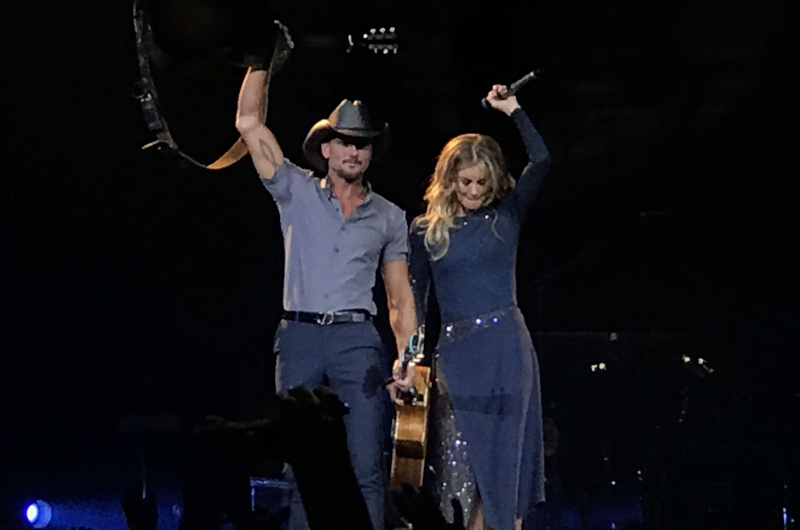 “If someone is going to judge my character because I was engaged to somebody and then I left him for somebody else, I can’t control that.” She added, “But I wasn’t about to let Tim slip through my hands. And I had more self-worth and self-respect to not.”

After that, it was an utter whirlwind they could barely keep up with. The bump came first. 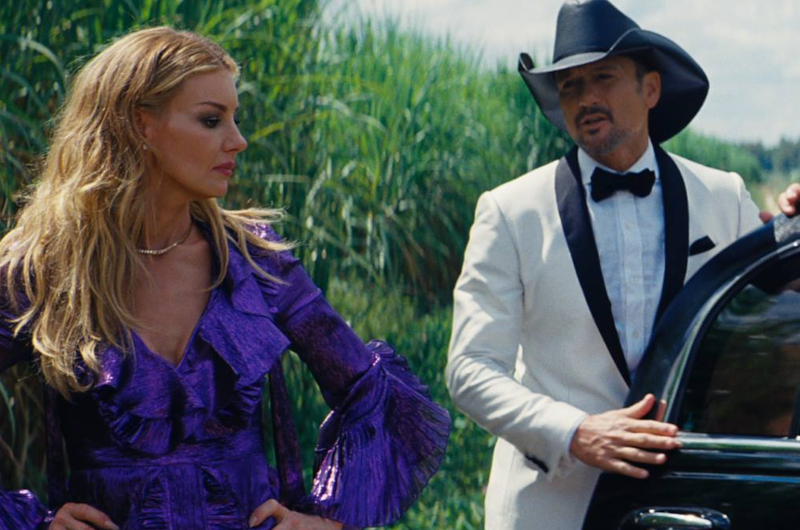 It was only in late 1996 when the couple shared the news that a baby was in their future.

Suddenly, the fans went from bitter to salivating for any hot gossip on the new country star couple. They got another huge dose when they found out that McGraw wanted to get married before they had the baby. 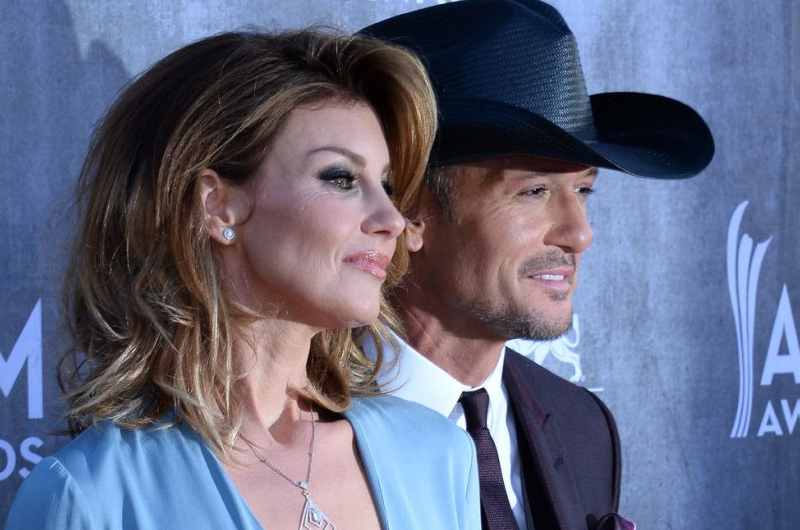 He told the media, “It was raining and stuff, and we’d been on tour for a while together, and I joked around with her about getting married. And so I said… I looked at her, grabbed her by the hand, and dropped forward onstage. She had already done her show. And I said, ‘I’m really serious. I want you to marry me.”

When Tim came off stage, Faith had written ‘Yes!’ into the mirror. But how in the world would a couple with this many amazing stories still manage to shock their fans now? Even Hill coming out about her adoption had made huge headlines.

“I can’t imagine the choice to do that and how thankful I am that she was able to give me the opportunity that I had because I was placed into an incredible home that I mean basically is responsible for the way I am today and the backbone that I have.” There were, however, a couple dark clouds on the horizon. 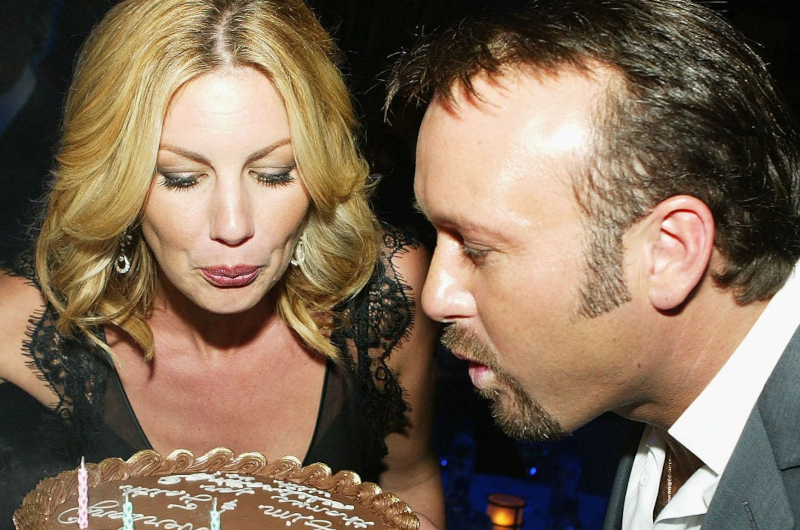 There were more kids, hit songs, family moments, and plenty of love.

But the media rumour mill didn’t seem to be content with their happiness. Allegations of crazy affairs and instability in their relationship were daily shots fired from all corners of the globe. There was only one rumour, however, that McGraw said was true. McGraw admitted that he had a problem with drinking.

Fans had no idea that the singer couldn’t get on stage without having a least a couple drinks beforehand. Despite Hill being a dedicated and loving partner, she knew that addiction had to be tackled by the one dealing with it. She gave him an ultimatum. They wanted to be together forever.

But she wasn’t going to put herself or the kids through years of addiction. McGraw had to get his life together if he wanted to keep Sunday morning pancakes and long drives with endless, meaning conversation. He filled it with something unexpected. The country star filled the hole of drinking with martial arts.

It was this clean up of his life that let the family truly be together. It also opened up some more amazing opportunities – one of which was a move that ended up getting Sandra Bullock an Oscar for Best Actress and the movie a Best Picture nomination – The Blind Side. With all of this amazing news, what was the huge thing that made fans scream at the top of their lungs?

The couple had performed together many times over their long careers, but it had been over ten years since they had gone on a joined tour. So, when they told the world their Soul2Soul World Tour was a sure thing, everyone lost their minds. “We have the best fans in the world, who have been with us through our entire journey and we are so excited to celebrate with them by going back on the road and showcasing an exciting new show. It’s always great when we get to work together and it’s been awhile since we got to do that.”

But did the show live up to the hype? On critic commented, “The electricity they generated could have powered their megawatt stage production with no help from PSO.” McGraw also had a heart-fluttering comment about his wife’s performance and singing skills… “When I’m on stage with her, it’s like NASCAR trying to keep up with an Indy car. She’s just that good. So, to watch her sing and see what she does is pretty inspiring.”

Now, to an outsider, someone who isn’t into this music or these performers, it might be hard to understand why a simple tour would be huge news. But think of it from the fan’s point of view.

This is a couple that oozes love and charisma, not just with each other, but with the audience. Hill has been known to get teary when the crowds sing along with her solos, and McGraw often is captured either full of contagious energy or awe when his wife is with him on stage. To have the chance to see them in a full, dedicated tour was out of this world.

It was something fans had been hoping for, and were certainly not disappointed when they finally got their tickets. The only thing the crowds wanted to know … as when the next tour would happen.