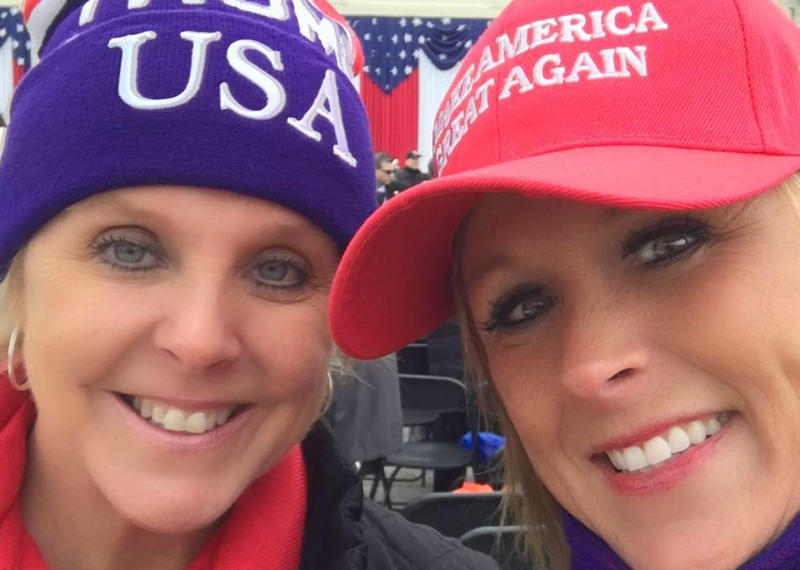 There Are No Coincidences

When the two took their selfie, they had no idea that it would change everything.

After the selfie was taken something else much bigger would be going on that the two wouldn’t be aware of. 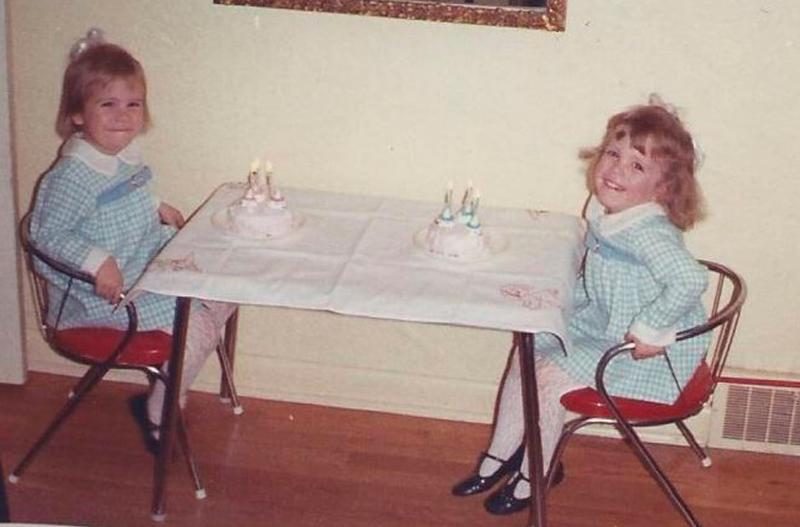 Twins Rachelle and Kritelle Arthur always had an unspoken connection as they did everything together in Washington State growing up.

But the day that Rachelle had to go, they would both find it very hard to let each other go.

In 2004 and Rachelle and her spouse and child had to leave Seattle. She would be going to Virginia Beach to teach at Tallwood Elementary School. But she had no idea what would happen in the next ten years.

Little did Rachelle know that she would be in Virginia for more than just her job, she was supposed to be there because of destiny.

Rachelle had to leave behind her sister to become a teacher in Virginia. But many people know how hard it can be getting used to a new city with a new job and a house.

In her mind, the same question kept ringing out in her mind.

The Question Kept Coming Up

Rachelle and Kristelle had never been to Virginia before she had to move there, but people kept saying that recognized her. It was as if they’d seen her in the area before. But that couldn’t be the case, could it?

But Rachelle’s curiosity would open a can of worms that she would never be able to close.

Rachelle was so sad that she couldn’t see her sister anymore, she didn’t know anyone in Virginia. But she needed to make this work if she wanted to be successful. She decided to dive into her work.

But soon she’d figure out just why things were so easy.

All of the new friends that she made kept telling her that she had been seen in the town long before she moved there. She just dismissed it as having a recognizable face.

People wouldn’t drop the feeling though, and one day, they all figured out just why her face was so recognizable.

Finally, they remembered who she reminded them of, a woman that used to work at the very same school years ago.

Some of the staff finally figured it out, she looked like a woman named Shannon Nicoll who had worked at Tallwood Elementary before she came along.

Shannon had left Tallwood Elementary and was currently teaching at nearby King’s Grant Elementary. Soon, the news of the mysterious new woman in Virginia who looked just like her – and had, in fact, replaced her – was all over the school.

Shannon and Rachelle’s friends began to hatch a plan for the two to meet, but they could never have imagined the consequences.

People showed Rachelle pictures of her doppelganger working at King’s Grant. And she had to admit, they did share similar features. But she brushed it off as just that – the two women looked similar.

Similarly, Shannon didn’t give their resemblance any more thought and chalked it down to a wild coincidence. In fact, it only made her miss her sister Kristelle even more. Until five years later.

The Truth Trying To Get Out

The truth of the entire situation would only reveal itself in 2009. It was only then that Shannon and Rachelle met for the first time. Their mutual friends had tried to make the meeting happen before but never succeeded.

Country superstar Kenny Chesney was passing through the area when a golden opportunity presented itself.

A mutual friend invited Shannon and Rachelle to the Kenny Chesney concert. And when their two worlds collided, there was no undoing it.

When Rachelle saw Shannon for the first time, it was like looking in a mirror. The pale hair and blue eyes, the heart-shaped lips, the chin that came to a sharp point… they snapped a selfie, and the pair became fast friends after that. Rachelle and Kristelle’s mother must have been turning in her grave.

Ten years later, in 2019, It was purely coincidental that Tallwood Elementary was running an ancestry project. And that’s when the principal suggested that Rachelle take a DNA test.

Being adopted, Rachelle was naturally curious about her and her sister’s biological mother, but she never suspected that something as simple as an innocent DNA test would turn her world completely upside down.

Unfortunately, all that the DNA test revealed was a cousin named Tracey Hall, but it was this revelation that would set Rachelle on the right path to finding her truth.

She reached out to Tracey and was surprised to discover that the cousin she hadn’t even known had existed knew all about her. And she had been keeping a monumental secret for years.

Tracey thought carefully about revealing the secret her own mother, Sue Hall, had entrusted to her all those years ago. But secrets have a way of outing themselves. She decided it was high time that the family scandal was dragged out into the light.

It was a secret that her mother had taken to the grave, and Tracey didn’t want to hang on to the burden anymore. With a shaking voice, she told Rachelle everything.

Tracey’s mother, Sue, had a sister named Janice Moore. Rachelle listened to what Tracey told her with bated breath. She knew that she was about to finally unlock the truth of her identity. But did she really want to know?

She had thought about it long and hard, and had decided that she had to know… she needed to know who her mother had been, and where she had come from. And Tracey was more than ready to spill all the details.

The Family She Never Knew

Tracey then went on to tell Rachelle that her sister, Janice, had given birth to twin girls. Unfortunately, she was unable to care for them and decided to put them up for adoption. These twin babies were Rachelle and her sister, Kristelle.

This news was hardly a revelation, as Rachelle knew that she and her sister had been adopted. But now, at least, she knew who her mother was. Tracey continued, but what she revealed next shattered Rachelle’s world.

When Janice had found out that she was pregnant with twins in the 1960s, she had made a tough decision to give them up. Their father had abandoned her and she couldn’t give her babies the life they deserved.

Two years later, Janice fell in love with a man named Dean Holley, and they married and started a family.

It turned out that Janice had given birth to another pair of twins just a few years after she had given Rachelle and her sister up. Rachelle was floored to hear that these women were living in Virginia Beach.

Their names were Lisa Holley and Shannon Nicoll. When Rachelle heard Shannon’s name, it was like a bolt from the blue. Rachelle started to shake, and her face turned white. She pulled out her phone and started dialing.

When Rachelle told Shannon the news, she was in complete shock. “Lisa and I had no idea at all that our mother had even given birth to twins in the past.”

She also added, “Rachelle and her sister knew that they were adopted all these years, so for us, it was pretty mind-blowing.” What the supposed friends had felt for each other was far more than friendship — it was a family bond.

The Wondering Was Over

“Janice was determined to do the best thing for the twins, and we always wondered about them,” Tracey revealed in an interview. So it was a wonderful surprise when Rachelle made contact.

The four siblings wasted no time, and once the initial shock wore off, they were eager to try to be siblings in earnest. And when they all met up in person, the similarities didn’t end with appearances.

All four siblings spoke in a similar manner, and they shared particular likes and dislikes. When one of them spoke, another would finish the sentence. It was remarkable and uncanny how alike the four siblings were.

“Both of my children came to the dinner, and every time the four of us would laugh, they put their hands over their mouths because they couldn’t believe how much we sounded alike. I mean, we were finishing each other’s sentences,” Shannon remarked. But there were more strange coincidences that the four women shared.

Shannon describes just one instance of the startling coincidences the sisters shared: “My husband’s dad’s birthday is the same as our birth mother’s. Our mom had a pilot’s license, and my husband’s mom did too. All this is mind-boggling, but it’s so very wonderful.”

But now that the long-lost sisters have found each other, will they make up for the years they spent apart?

The sisters will continue to spend holidays together as one big family, and their reunion has also helped Shannon and Lisa overcome the enormous loss of their mother, Janice.

“For us, with losing mom recently, she was Thanksgiving, she was Christmas; she was all of those things and made it everything. There’s been that void there, but now we feel like we have a piece of her.” But the sisters believe that it wasn’t merely a coincidence that they finally found each other.

“All four of us feel like she’s had a big hand in this, getting us all together at this time in our lives. We all really needed it,” Rachelle said.

“I’ve never had my own family in Virginia Beach. And Lisa and Shannon don’t have the mom they grew up with there anymore. But I like to think that now they have two new pieces of her in me and Kristelle.”

Unsurprisingly, the story of the four sisters finding each other went viral on Facebook. People were awed by the possibility of fate throwing them together again after so many years apart, and were stunned that Janice, their mother, had managed to keep her secret for so long.

The sisters also appeared on Good Morning America, where they shared their amazing story.

Could you imagine finding not one, but three siblings that you never knew existed? Of course, most people would be ecstatic. As of 2018, home DND tests were submitted by 25 million Americans, so it’s no surprise that stories like these sisters have started popping up all around the world.

With access to online DNA databases, more and more people are getting in touch with their long-lost relatives.