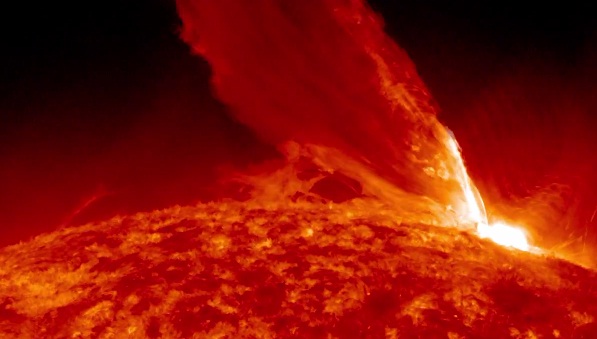 NASA has recently released a video collage from the Solar Dynamics Observatory (SDO). In the last year, the sun has gone from its quietest period in years (the solar minimum) to the activity marking the beginning of solar cycle 24. SDO has delivered incredible images of solar flares, eruptions of prominences, and the early stages of coronal mass ejections. This video demonstrates some of the most amazing events over the last year.

According to NASA’s website, in the order they appear in the video, the events are:

This video is public domain and can be downloaded at: http://svs.gsfc.nasa.gov/goto?10748

I can’t help but wonder what we’ll discover in the future as our technology improves even further. Imagine what other stars look like? What about a red giant? White dwarf? Neutron star? Watching this video really puts things in perspective for me – I’ve watched it a dozen times, and can’t help but feel that our planet is just so tiny, so insignificant, compared to the complexities and magnitudes of our solar system, galaxy, and universe. I can only imagine what the video for Year 2 will comprise.