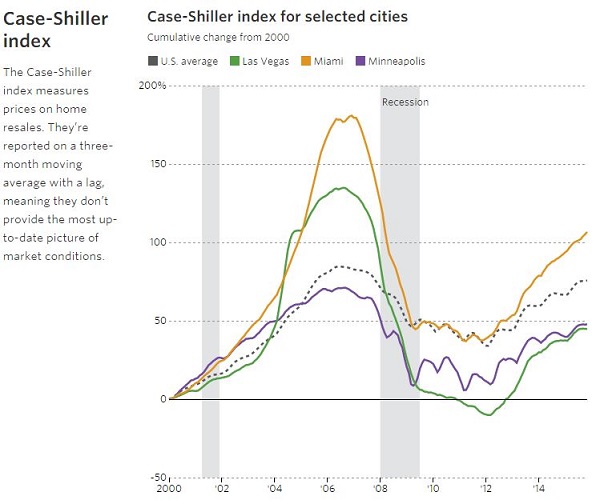 If you look back at the past ten years or so, the United States has come a long way in terms of the recession which took its toll in 2008. Everyone had a different reason for it happening, but where’s the truth? And more importantly, why aren’t people mad?

That brings us to The Big Short. It’s another cinematic gem that recently nabbed an Oscar nomination for Best Picture. Like many cautionary tales of media control before it such as The Truman Show, it also has a powerful message and one that probably hits more close to home for many folks.

It wasn’t that long ago when the housing bubble burst and our economy was completely upended. By the end of 2008, the country was shedding 800,000 jobs a month and foreclosures were wiping out neighborhoods. How could all of this happen? Didn’t we learn anything from the Great Depression? The Big Short delves into this question in an energized, Red Bull fueled approach to storytelling.

The beginning of the end

The first inkling of trouble came from Michael Burry, played with chilly focus by Christian Bale. It was Burry who followed a hunch that the housing market, rated AAA by the lending industry, was built on a foundation of sand. Make that quicksand. What does Burry do? He bets against it. In other words, he was going to make a lot of money when the housing market collapsed.

This kind of investment move attracts a lot of attention. Enter Jared Vennett, the super slick Deutsche Bank exec played by the equally smooth Ryan Gosling. He convinces hedge fund manager Mark Baum (Steve Carell) to get in on the action. Here’s where things in real life start to get a bit wonky. Make that very wonky. 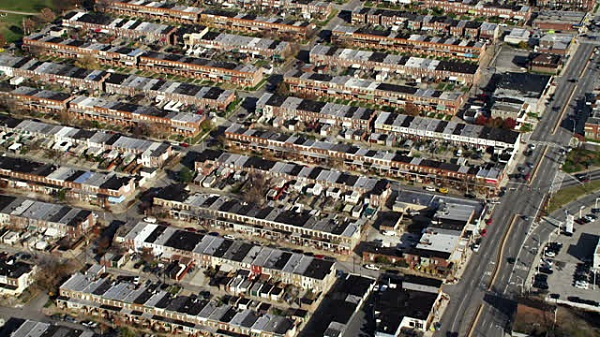 Actions involving credit-default swaps and collateralized debt obligations start flying fast and furious. Nobody understands these complicated transactions — not even the people conducting them. Does that mean The Big Short won’t make sense for anyone not working on Wall Street? Quite the opposite as director Adam McKay (also a nomination!) breaks the fourth wall.

Breaking the fourth wall happens when an actor stops the action and turns to the camera to speak directly to the audience. What a novel concept! Yeah, Shakespeare does that in all his plays. In McKay and co-screenwriter Charles Randolph hands, that fourth wall breakage includes Margot Robbie in a bubble bath explaining what’s wrong with subprime mortgages. Crazy? Yes. Makes sense? Totally.

Margot isn’t the only celeb to provide pop up commentary on what’s going down. Celebrity chef Anthony Bourdain uses three-day-old fish soup as a financial metaphor while Selena Gomez uses blackjack to explain how a C.D.O. works. All you need to know is that it doesn’t really work, at least not for all of us down in here in the real world living paycheck to paycheck.

Does this mean you’ll come away from watching The Big Short with a better understanding of how Wall Street players are only in it for the money? Well, you probably knew that already. It’s also why you might want to go back, stick your head out the window and shout, “I’m as mad as hell and I’m not going to take it anymore.” Actually, you probably will take it.

Anyone remember the Occupation Wall Street movement? This was a protest born out of the financial crisis that stirred up a lot of press. Folks camped out at “money spots” all across the country. There were drum circles and seminars but not a lot of action. If you ask anyone what the protesters demanded, they would be hard pressed to come up with an answer. When it turned cold, the protesters packed up their drums and headed home. They haven’t been back since.

That spins back to the ending of The Big Short, where all the guilty parties have been identified and their crimes spelled out. The problem is that nothing happens. No one who had anything to do with the financial crisis has spent a day in jail. There might have been a few fines slapped around, but whatever money was lost was made up the next day. As for all of those heinous financial programs? They’re pretty much still in place.

At least the stock market has rebounded in a big way. How long will it stay that way? It depends on which economical pundit you ask. Lots of businesses have also recovered to pre-recession levels as well. Most industries have devoted themselves to using more technologically advanced equipment, such as GPS in construction, which allows them to work smarter instead of harder, and puts them in a better financial position.

That shouldn’t put your mind at ease though. The final bon mot from The Big Short is a suggestion to invest in water. Water? Why would there be a need to invest in water futures? Gee, maybe you should ask the people of Michigan who are currently getting poisoned by lead in the water. Mad enough yet?

Megan Wild is a home improvement specialist who like learning the ins and outs of the industry, which also includes the financial sector. Check out more of her speculations on her blog, Your Wild Home.