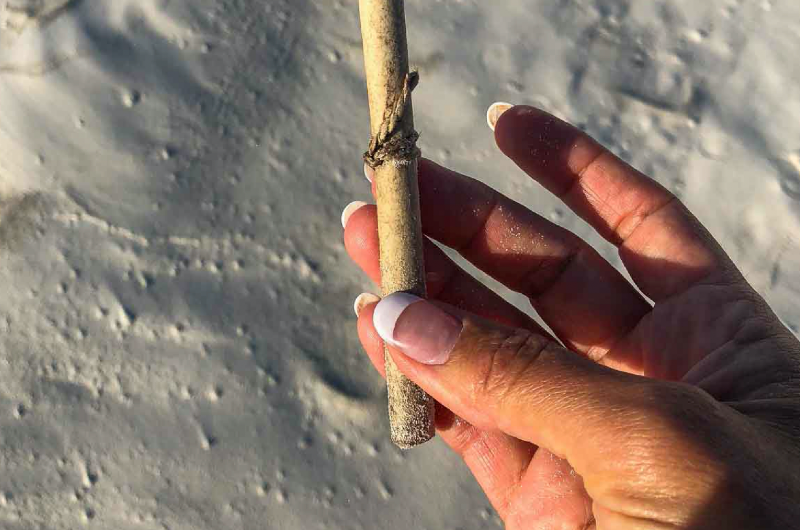 She was so distracted by finding pretty shells that she nearly missed the flash of light that whipped past her as she walked.

Her heart pounded as she unraveled the twine and opened the curious message. She knew it had to have been out of the ordinary but she wasn’t expecting this. Immediately, her husband called for help. 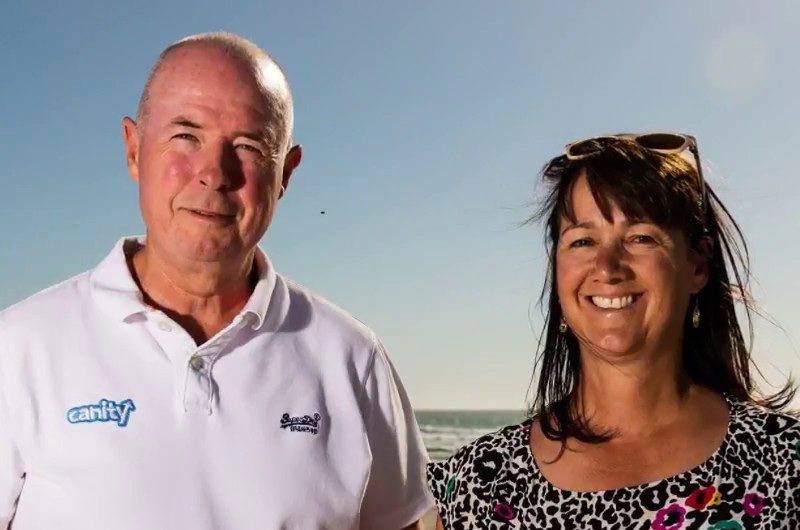 Tonya Illman was taking a leisurely stroll along the beach with her husband, Kym when they stumbled upon an incredible find.

It was another sunny morning in Wedge Island, Western Australia. The sky was a deep baby blue and the sun perched high with its rays piercing down on the Australian outdoors. 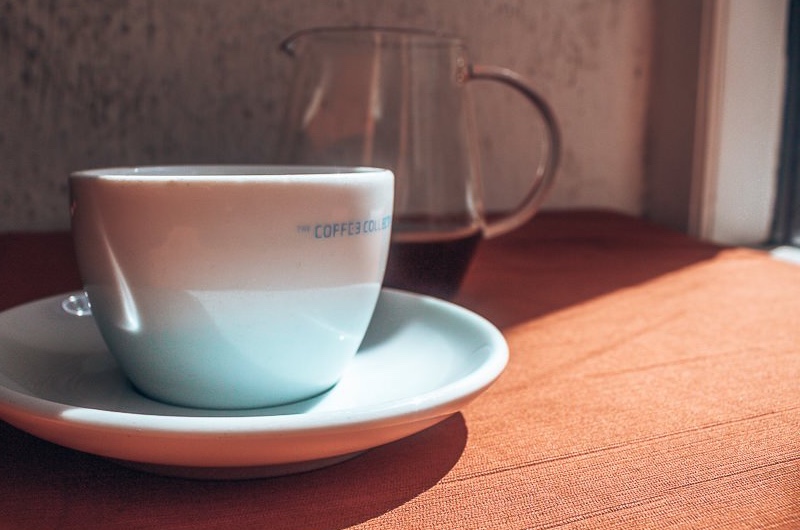 Tonya opened the curtains around the house and made some breakfast while her husband followed hot on her tail. He made them both coffee as she cooked.

It was a morning ritual that became muscle memory. She didn’t even have to ask him what he wanted anymore. After all, being married for 25 years will do that to you. 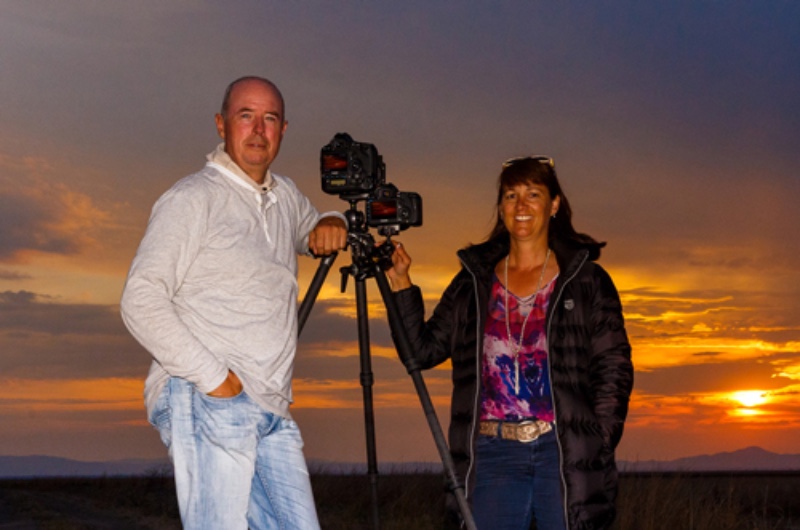 They ate as they read the newspaper and checked emails. Working as photographers meant that they never really had a day off. They loved what they did but working as freelancers meant that they always had to be ready to work whenever the opportunity arose.

But today, nothing was lined up so Tonya had planned for them to spend a relaxing day at the beach. But it would be anything but relaxing. 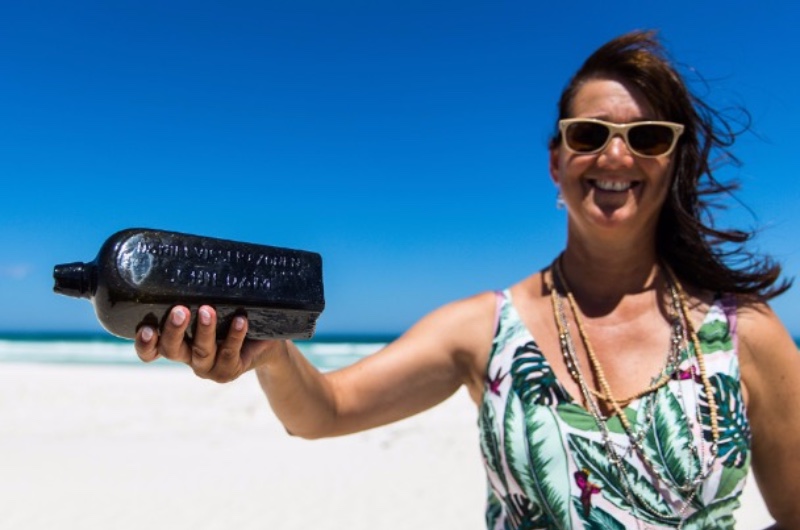 As Tonya walked along the beautiful white sand beach, she kept her eyes cast to the sand, looking up and around every now and then. She had a habit of looking for beautiful shells or interesting stones or objects.

She was so distracted with her search for shells that she nearly missed the flash of light to the left of where she was standing. 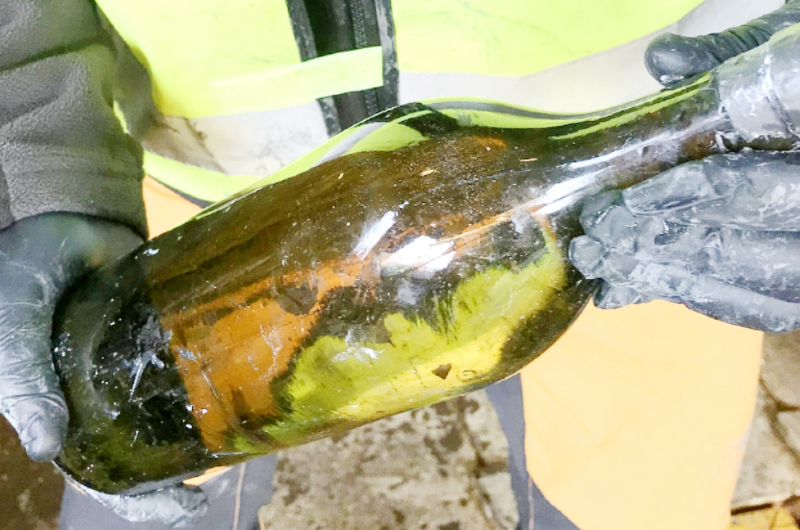 Curious, she walked over and found a dark bottle propped up on the sand. Tonya could tell straight away that it looked old. She picked it up and dusted the sand off.

It had no cork or cap. She looked closer and immediately called her husband who was walking up behind her. He dug his heels into the sand at the sound of her alarmed voice. 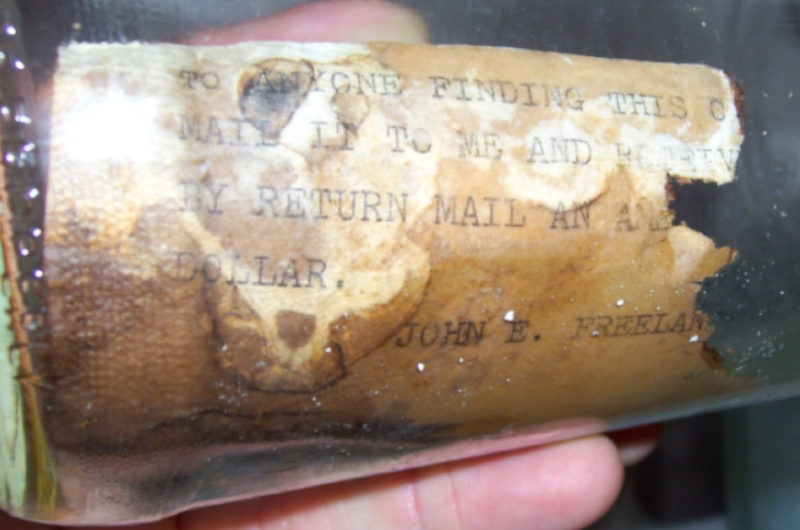 Tonya showed him the mysterious old gin bottle she held in her hands. “They don’t make bottles like that anymore”, Kym commented. “What’s that?”, he asked. 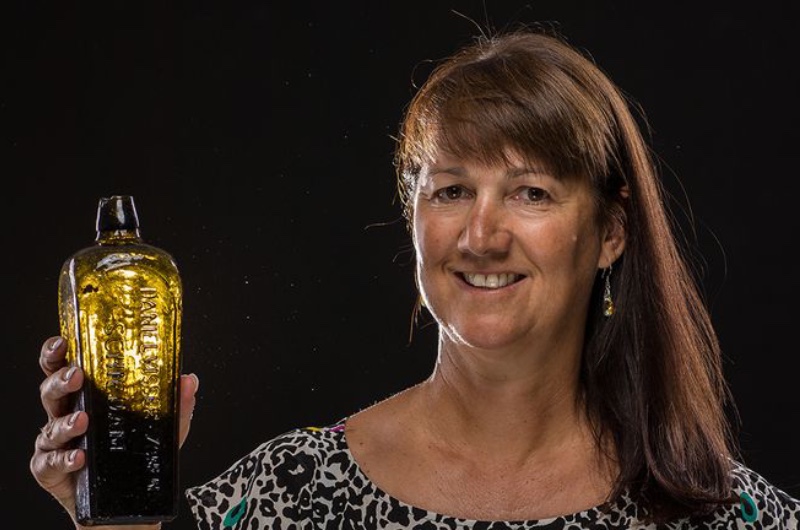 Tonya watched in amazement as a small rolled-up note, tied with a piece of twine fell out. Her heart pounded as she picked up the curious paper. Carefully, she untied the twine and began to read.

Her eyes ran over the faded ink in shock. Kym’s eyes popped. “I, I think I should call the authorities”, he stuttered. 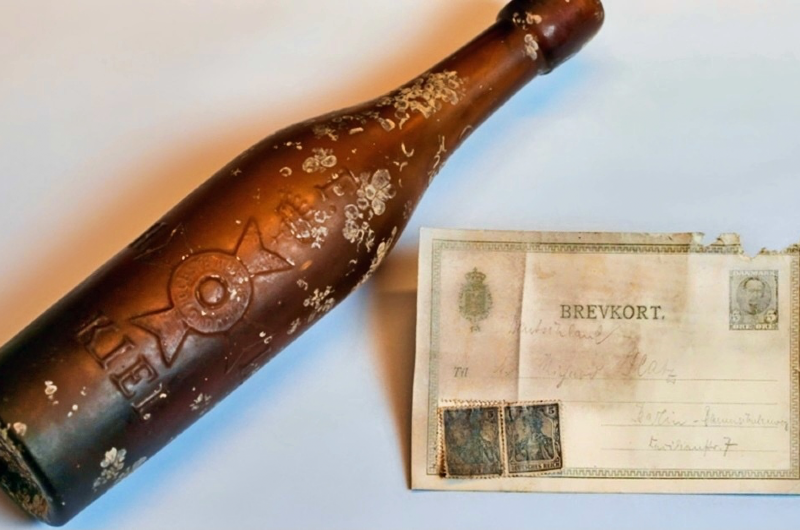 Kym grabbed his phone and called for help as Tonya stared in amazement at the message. There was no way this was fake. Her breath quickened as she realized she had just discovered something monumental.

It was obvious from the water damage that this message had been floating out at sea for quite some time. But what did it say? 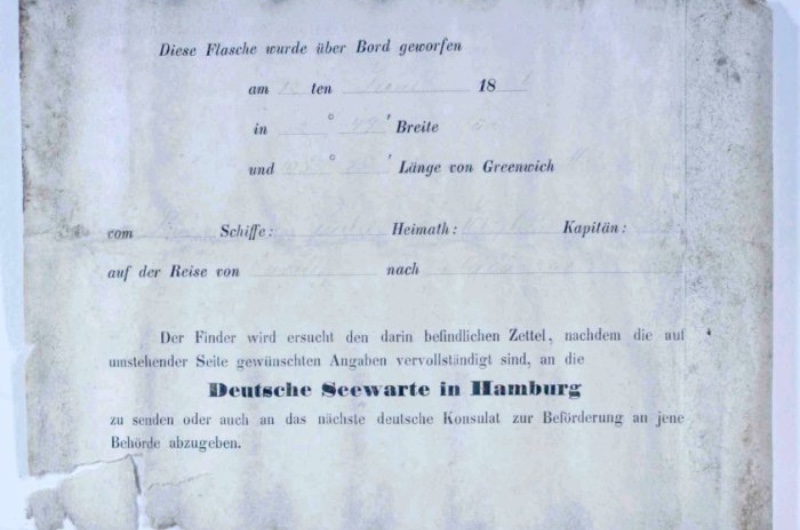 As Tonya and Kym waited for authorities to arrive, they couldn’t keep themselves from reading over the message again. As well as the bold questions it was asking from them.

Astonishingly, it was dated 1886 and spoke directly to whoever would eventually find it. Tonya thought it must have been a message that was thrown off a ship in the Indian Ocean because of what it asked her. 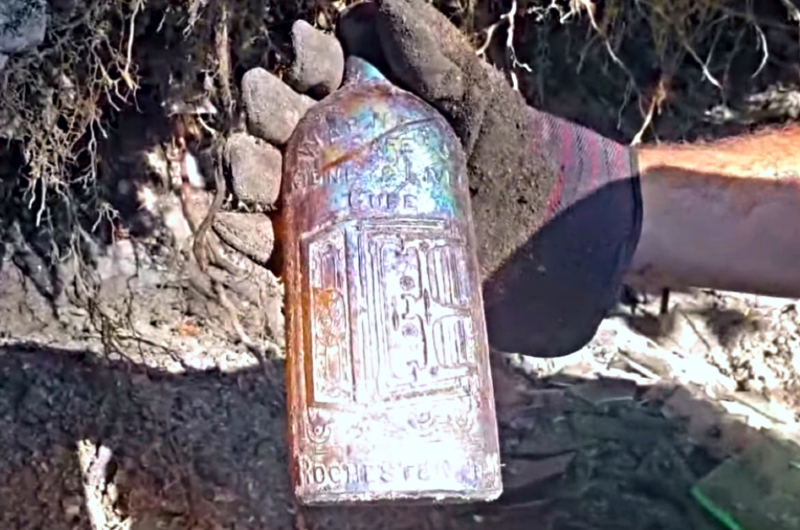 It wasn’t long before experts arrived and immediately confirmed that the bottle and paper dated to the correct time period that it stated.

But the most spectacular aspect of the message was found once the experts looked into the questionnaire-type form the letter took. It was verified only when the experts got in contact with researchers in Germany. 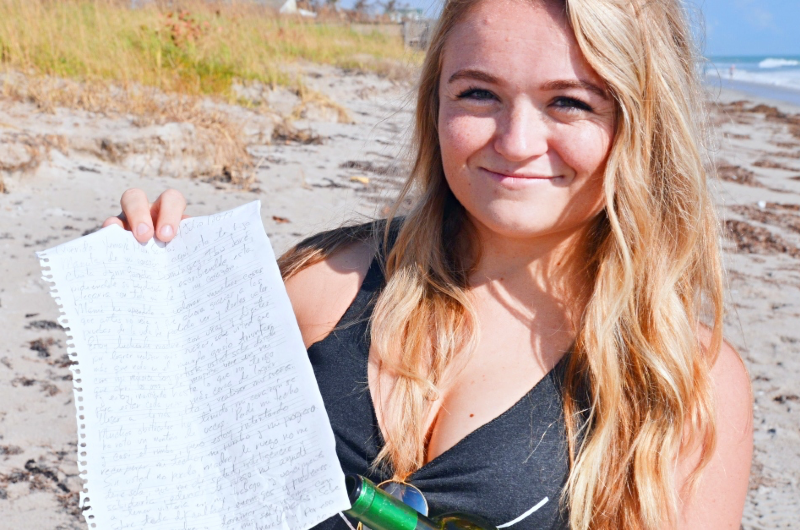 The message was part of an experiment conducted by the Germans in 1886 to dictate what way the currents in the ocean moved.

They threw thousands of these bottles overboard at the time and asked whoever found them – no matter where in the world, to fill out the form of who they are and where they are and send it back to their research center in Germany. 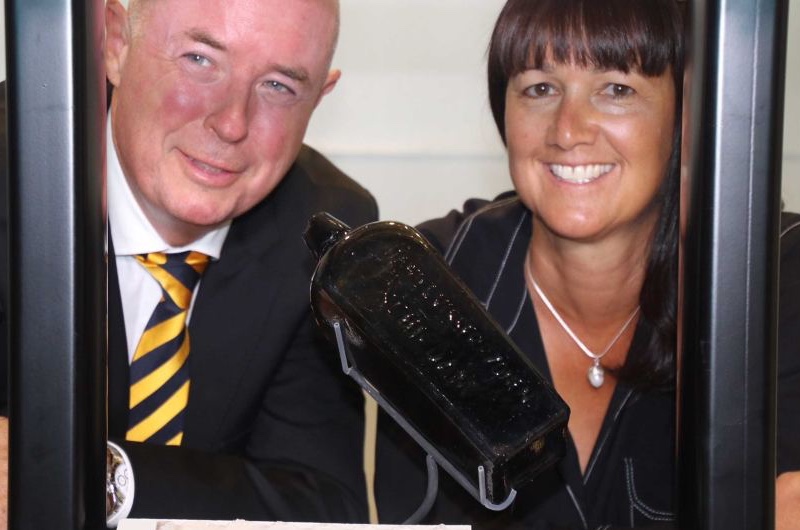 “Incredibly, an archival search in Germany found Paula’s original Meteorological Journal and there was an entry for 12 June 1886 made by the captain, recording a drift bottle having been thrown overboard.

“The date and the coordinates correspond exactly with those on the bottle message,” said Ross Anderson, a maritime archaeology curator at the WA Museum. 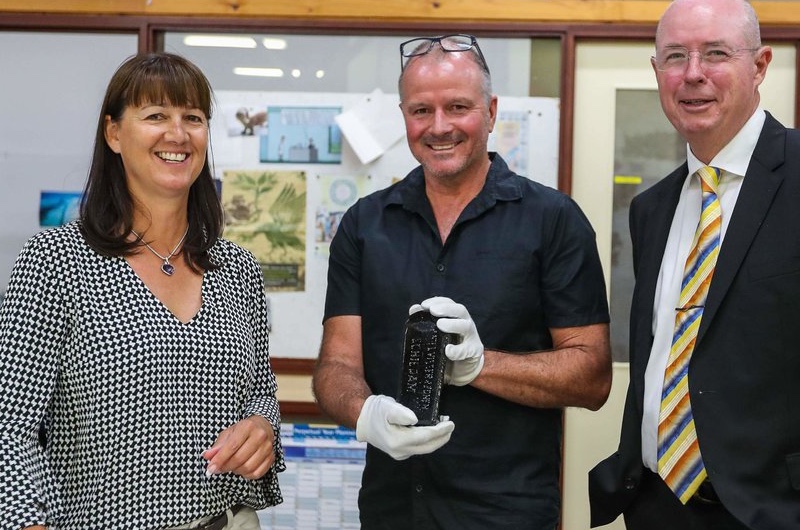 “A handwriting comparison of the bottle message signed by the captain and Paula’s Meteorological Journal shows the handwriting is identical in terms of cursive style, slant, font, spacing, stroke emphasis, capitalization, and numbering style.

“Comparison of the original message slips that had been returned for the year 1886 also confirms the type of message, wording, and print layout is identical to the one discovered at Wedge Island in January.” 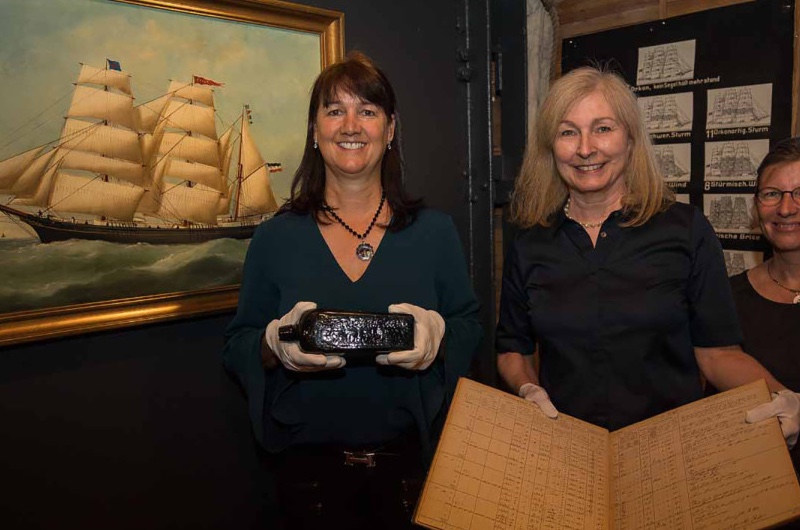 Of the thousands of bottles jettisoned from German ships as part of the experiment, Tonya miraculously found this bottle – which surprisingly is only the 663rd discovery out of thousands that were thrown into the sea.

Their bottle is also the oldest to date which was why the Illman’s generously loaned their bottle to the Western Australian Museum for display.