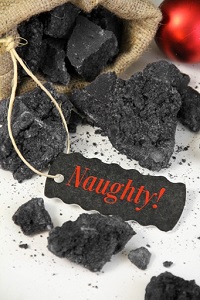 “The holidays are coming, holidays are coming!” as that yearly advertisement from the Coca-Cola Corporation insists on reminding us. This means many things, from getting another crack at eating mince pies and turkey legs to the horrific notion that you need to spend an evening with the in-laws in order to keep your other half happy.

Most bizarrely, Christmas comes with the tradition of brutally murdering a tree with an axe, dragging its corpse into your house for posthumous decorations, hanging over-sized socks by the fireplace and hoping that a fat man from a foreign country will break into your house and fill your socks with something to find in the morning while propping up the slowly decaying albeit lavishly decorated tree with a cacophony of presents. Oh, and this fat man has been watching your kids all year round – he knows when they are sleeping, he knows then they’re awake, but nobody wants to ask how or why he has access to this information. Perhaps he’s in tight with the NSA.

When you put it like that, our Christmas traditions sound a little weird, don’t they? So where did all this nonsense come from? What’s the real story behind Santa Claus? How does he select presents, and if we’re fast approaching an energy crisis and we’re in world threatened by climate change, why is he leaving lumps of coal lying around? 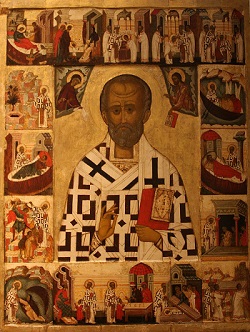 Santa Claus is the superhero name of the long dead Turkish monk, Saint Nicholas of Myra. Legend has it that Nicholas of Myra was famous for his piety and generosity, giving away his inherited cash and earthly goods and travelling the countryside to help the poor and the sick. Most famously, Nicholas of Myra is said to have saved three sisters from being sold into slavery and prostitution by paying their dowries and helping them marry whomever they wanted to marry. The man was an ancient superhero, right up until he died on the 6th of December 343 AD at the ripe old age of 73.

Fast forward 1,300 years or so and move across to Renaissance Europe, Nikolaos the Wonderworker, AKA Sinter Klaus, had become the patron saint and protector of both children and (for some reason) sailors. However, the stories of how he helped the poor at Christmas had dropped in popularity, so the greatest minds that Europe came together and retconned Nicholas of Myra, restyling him as Father Christmas, Père Nöel and Kris Kringle, depending on who you asked.

Father Christmas was the new superhero helping poor kids at Christmas, leaving them gifts of money and food. As with all superheroes, Father Christmas got a bit of a costume change with his retcon, swapping his old habits for a fresh set of fur-lined blue, green or white robes. Truth be told, Father Christmas he looked more like Gandalf than our modern Santa Claus in the 1600s.

By the time the 1900s came round, gift giving at Christmas had entered the mainstream, and Santa, as he was now known, started wearing red. Some people attribute this to the fact that red is a traditionally ecclesiastical colour, though the chances of the pious Nicholas ever wearing such a bold colour are relatively slim. Instead, the idea that Coca-Cola hijacked Santa as part of an ad campaign seems a lot more likely to a lot of people than anything else. Back in the 1930s when Coca-Cola started an ad campaign using the fat Santa with the black belt that we all know and love today. 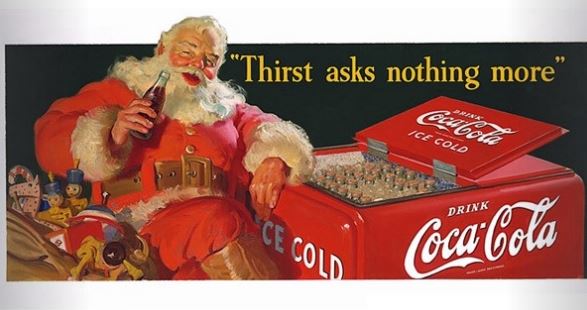 So if a multinational corporation parading the memory of ancient hero as a means of marketing their products is the reason Santa looks the way he does, what’s the reason behind Santa’s iconic present selection? If you can’t work out the selection process from here then maybe you could from this gift generator. There doesn’t seem to be any historical evidence to suggest why Santa would give kids fossil fuel, other than this being an ancient way of flipping the proverbial birdie.

What we do know, however, is this:   traditionally, Santa came down the chimney/through the window to deliver presents, and, once inside, he slips the presents into the shoes or stockings by the fireplace. The kid would reach into his or her footwear hoping for money, sweets or another bonus for their good work. If the kid wasn’t good enough for Santa, they came away with a black hand, a dirty sock, and a whole lot of dead dinosaur.

So there you have it.  That’s the history of Santa Claus in one sarcastic nutshell.