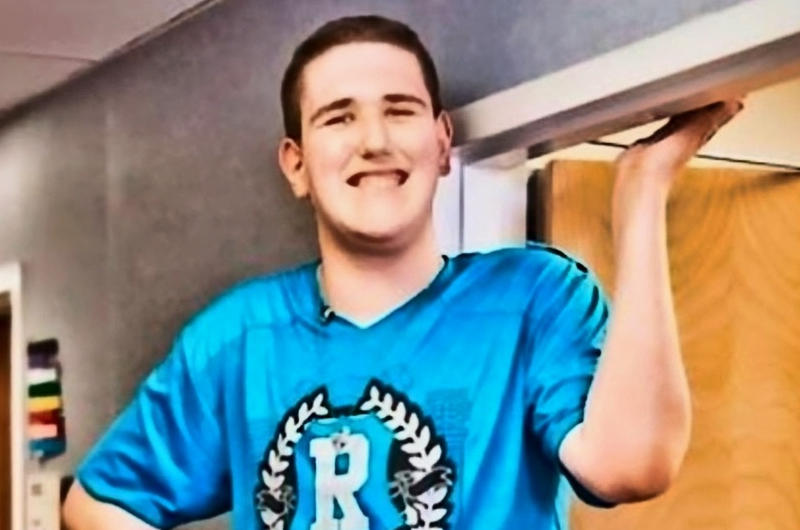 He felt awful, his mother looked sad but there was nothing he could do. The doctor had told him the cause of his growth problems.

He remembered the words “never stop” and couldn’t shake them. He just wanted to know why he was so different from all the other kids his age. 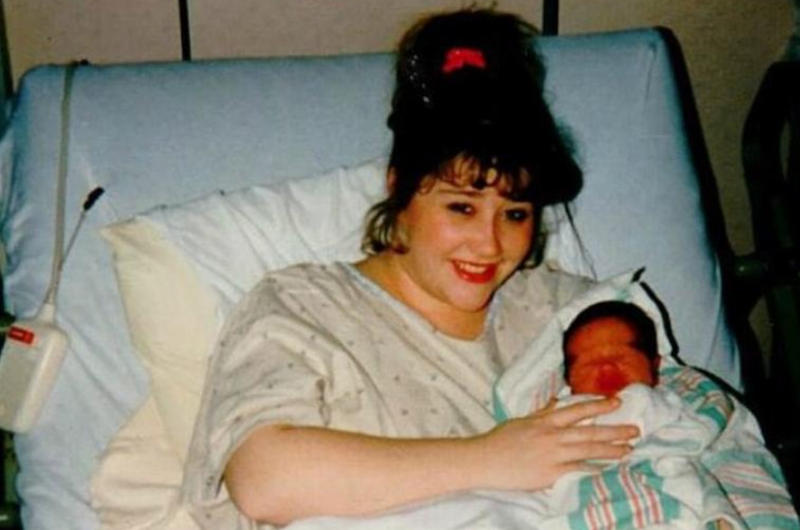 Every kid he knew had a story from their parents of how they were born, but he was different…

Broc had a unique start to his life. He was born 8 pounds and 22 inches, his mother couldn’t believe his size.

After giving birth Darci didn’t notice anything out of the ordinary with her son. He grew like any normal child, getting his growth spurts at all the right times.

But once Broc was in kindergarten she felt that something wasn’t right. At the time, Broc was blissfully unaware of his condition.

At the kindergarten, the average height of the children there was 3 feet. He dwarfed them at 5 feet tall! But to him it was just about games and fun.

But finally, poor Broc would start to notice the many stares he got from the people around him. They acted differently around him too.

By the time Broc was in 1st grade he was as tall as his mother was!

But at home it didn’t mean anything that he was tall, his mother accepted him for who he was. But at school, the children started to laugh and point.

Then there was sadness and frustration. He wanted to ride a bike, but his mother couldn’t hold him up to practice.   Even more so was the frustration that came at wanting to learn how to ride a bike. His mom couldn’t help him, he was just too big.

Then there were the tests. He wanted her to pick him up and cradle him while he cried just like all the other moms did.

Broc had numerous tests to see what was going on with his body, he remembers all the x-rays, needles, and scans.

His muscles were now so sore that he couldn’t even go out to play with the other children. And when his tests came back, his mother couldn’t believe it.

“Cerebral gigantism” was the diagnosis for Broc. It’s also called Sotos Syndrome and is a very rare condition.

Broc was unique in that he grew even faster than others with the condition. His doctor said, “I don’t know if he’ll ever stop growing and this is dangerous for his heart.”

He was being made fun of wherever he went and life was already just a struggle being so big.

Tears would stream down Darci’s face when the doctors told her about his life expectancy, he didn’t deserve this, but what could be done?

With his spine in rough shape and only having a single kidney, Broc felt bad enough. But on top of that he had to sleep when his growing pains got too bad.

He wanted to cry, but he knew he had to make the most of his life if it was going to be shorter than most. And who knows, maybe the doctors were mistaken.

Broc knew he had the best parents. They did everything they could to get him special clothes, shoes, and furniture, even though it was really expensive for them.

They got donations, gifts, and other help from the community. He also got to be on television!

First, he won the temporary title of “tallest teen in the world” in Guinness Book of Records. He also got to be on a documentary about tall kids and other people like him.

It was so amazing to meet others with the same problem – people who truly understood. He also got a basketball surprise.

He couldn’t believe it! Someone had donated tickets to see a professional basketball game, and they had already arranged a special plane for his family!

Taking the court and being taller than the actual players was the coolest thing ever. Broc was happy just to live his life however he could. His mother, however, wasn’t giving up.

Another appointment across the country brought him to a specialist. A that time, he had already proven the other doctors wrong – and was well into his teens.

The end of the meeting came with tears again. But this time they were happy. Since he had gone this far, the doctor said he was out of danger for heart issues.

This was the best news ever! It didn’t matter if he wouldn’t stop growing.

He could become the tallest person in the world! He could get a job, make money, help his family, and have a real life like everyone else – maybe just with a bigger car.