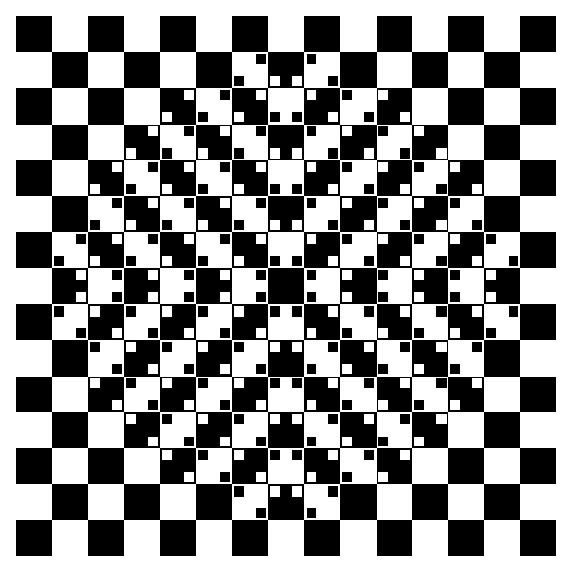 Back by popular demand (and because our web metrics indicate that our readers love these illusions), we have another 8 of the best optical illusions to trick your brain.

First, the Spinning Spiral… which is a static jpeg and there’s no animation taking place, but if you move your eyes to look in any direction or blink, then the spiral spins. 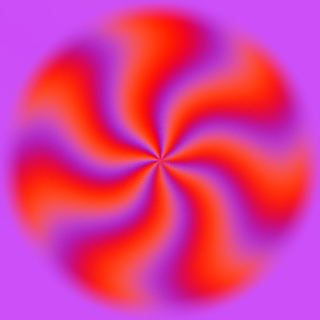 This is a picture taken directly above many camels walking in the desert at sunset. Look, closely, because the camels are actually the white lines in the image. The “silhouettes” you are seeing are actually the camel’s shadows. 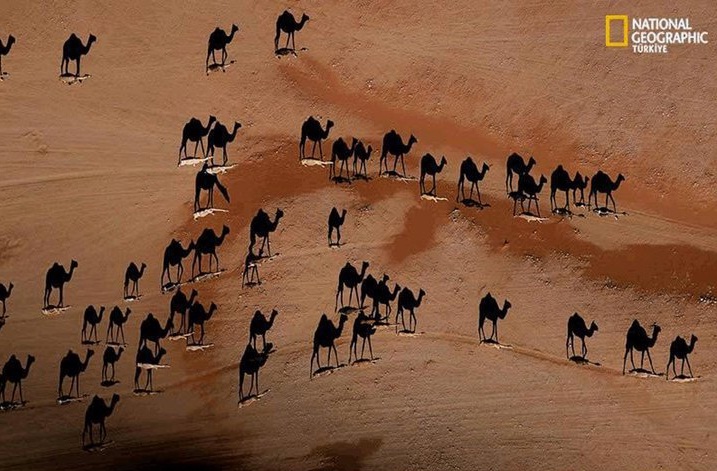 The image below it is similar, only with zebras instead. 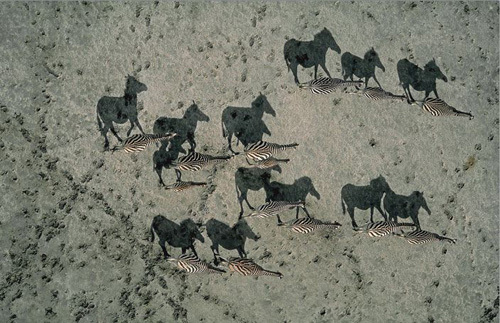 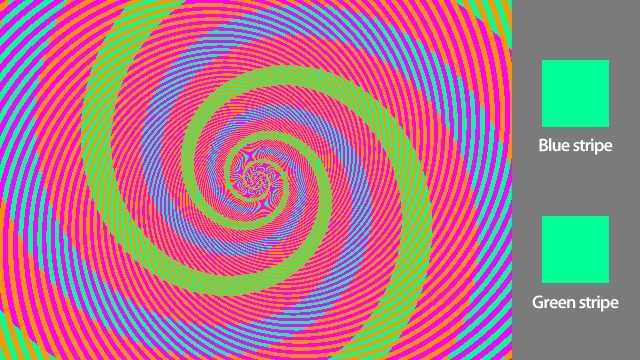 It is believed that the reason why we are perceiving one color as two different colors is because of the other colors surrounding the stripes. Each eye has six to seven million cones, which are concentrated in a central yellow spot known as the macula. These cones measure color in different wavelengths, where some of which overlap. Our brain then compares by measuring the differences in wavelengths between the colors. When certain colors are combined, the brain can’t process the data from the cones correctly and we get confused. [gsu and Techi]

The QR Code Illusion… sort of. It’s not a QR code, but look at at the “shimmering” in this image: 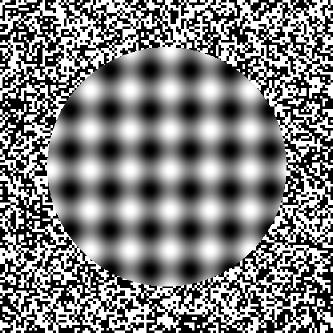 The two orange circles are exactly the same size; however, the one on the left seems smaller. This is known as the Ebbinghaus Illusion. 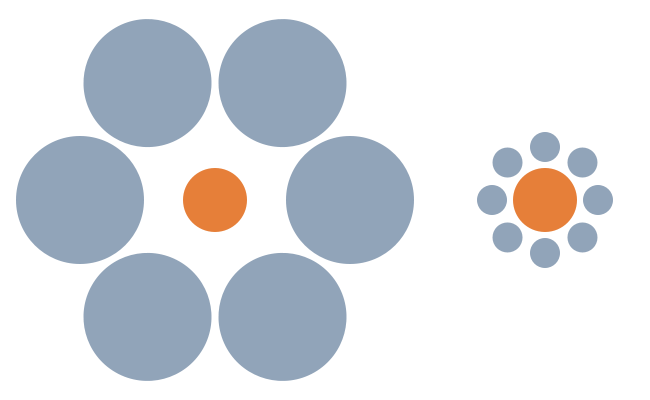 Two straight and parallel lines look as if they were bowed outwards – known as the Hering Illusion: 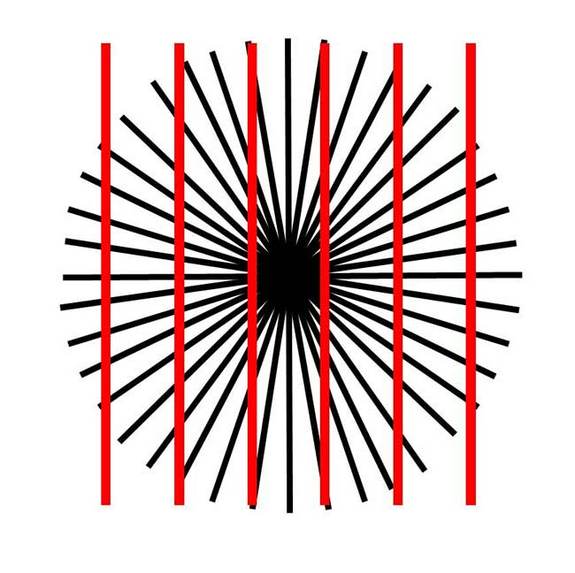 And at last, the following image represents a pattern of squares, but there appears to be a spherical bulge coming out of the centre of the image:

Do you know of any other optical illusions that should have made this list?