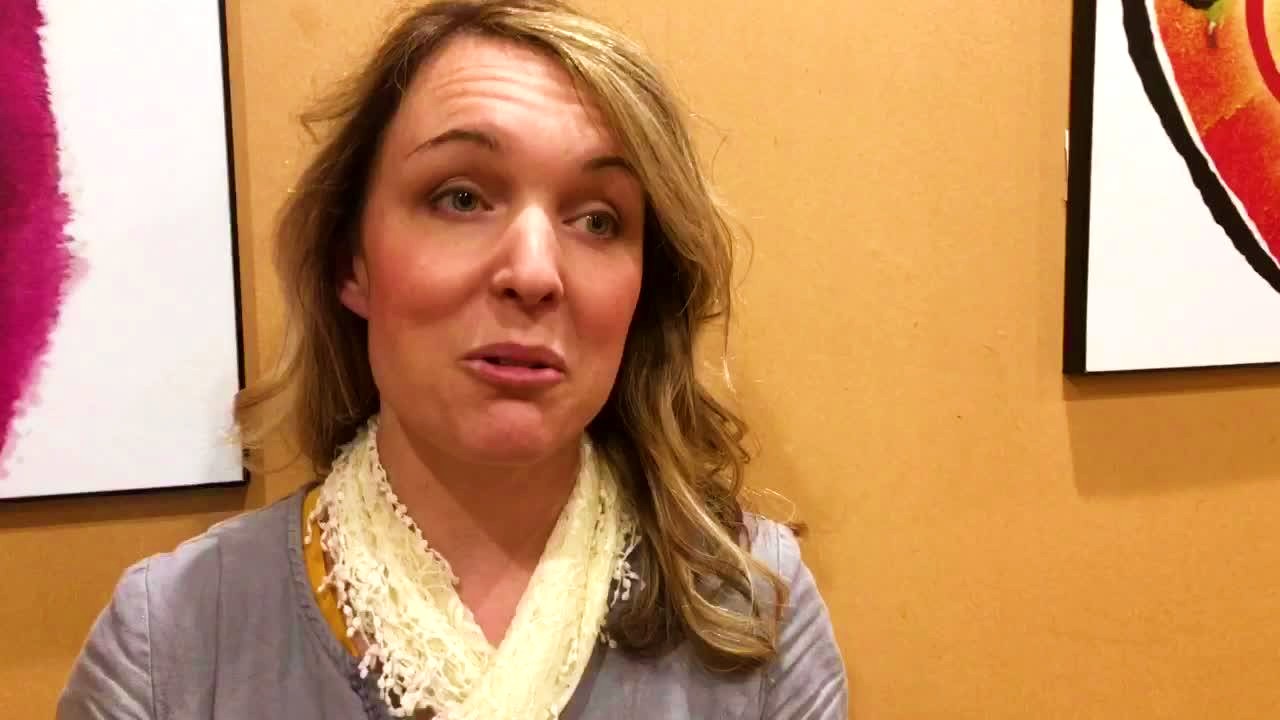 It felt like everyone was watching her. Whispering after she’d passed by and behind her back. It wasn’t just the students anymore either, some of the other staff members were darting their eyes over towards her during recess. Others were less discrete. “Is she still wearing that dress?” She’d heard a hundred variations of that question and she knew the day was coming when someone would call her out. It wouldn’t be long before millions of people across the globe were asking the same thing. Her answer left them silent.

Julia Mooney was an art teacher. She’d just turned 34 when she got the fantastic news that had been accepted to start teaching at the William Allen Middle School in Moorestown in New Jersey. It was her first choice of school and she bought something that would soon make her new school start buzzing. It was a simple yet beautiful pebble-grey Jazmenia dress which lay in its box on her bed. She was eager to start tomorrow but she had more than a few reasons to be nervous too.

She woke early the next day after a thankful night of good sleep ready to tackle the world. She felt great in her new dress, as she dropped her twins off at kindergarten and congratulated herself on a good albeit expensive purchase. It was time to meet the kids. Her students would be the 6th and 7th grades and she loved meeting them all, but as the day went on until the heat of the day started making itself known.

Julia’s skin started flushing a pretty but uncomfortable pink as the day grew hotter and hotter. She sought the comfort of the class air conditioner when to her horror she realized she was sweating through the dress fabric. Keeping her arms firmly tucked in at her sides to conceal the growing dark patches she turned the unit to its lowest setting and hoped the day wouldn’t get higher than it’s already stifling 90 degrees.

The day seemed endless. Class after class brought still more students she had yet to meet. It felt as though she couldn’t focus on each face or remember every name and that didn’t sit right with her, but what could she do? As the day mercifully came to a close Julia sat in her car and reflected on her first day at the new school. Other than the wet material hugging her dress to her back that is… She washed out her dress and left it to dry.

Starting To Get Noticed

Mrs. Mooney was back at school and more prepared to meet the day than she had been yesterday, and already she was making an impression on the students, especially the thirteen-year-old girls. It would take some of the other students longer to figure it out, but something about this teacher was different. Some of the more materialistic young ladies, the ones that expected designer labels for their birthdays, noticed Mrs. Mooney immediately.

It wasn’t long before Mrs. Mooney was the hot topic at William Allen Middle School, and it was all because of that grey dress. She had worn it every day that week and more than the young girls were noticing, even some of the other teachers were starting to talk. Julia was just lucky that she hadn’t been openly confronted by anyone yet, but she knew it was coming soon and teenagers can be incredibly cruel.

Pretending not to hear the whispers and muffled laughter, Julia steadfastly continued to teach. When she noticed the other staff members avoiding her or treating her a little differently she didn’t take it to heart, she knew exactly what was going through their heads. She knew she had to play it cool for a while longer so she put her head down and threw herself into her work.

When the third week had come and gone it looked like some people were about to burst from curiosity. She could see the question driving everyone crazy and she knew it was finally time to tell the story behind the grey dress and why she wouldn’t wear anything else. The entire school was dying to know.

Her Plan All Along

This entire elaborate plan that drove her whole school crazy with curiosity had been carefully planned out right from the start. The grey dress had been chosen with a very specific purpose in mind. “I’m walking down the halls and they’re like, ‘Is she still wearing that dress?’” and as more and more people noticed. Despite being whispered and gossiped about, it made Julia smile.

“I needed to pick a dress that was going to be versatile because I’m going to be wearing it through the winter, and when we started the school year it was 90 degrees,” she explained. When the first student asked the much-anticipated question Julia was ready with an answer. Why had she worn the same dress for so many weeks? Well, the answer was waiting for them on Instagram.

A Dress For Everything

It was the very first post on her Instagram page and it was called ‘one outfit 100 days’, said this: “For at least 100 days I’ll be wearing this dress, through ceramics projects, blizzards, whatever. Boring? Sure. I love to express myself through what I wear as much as the next American. This is a challenge.” Now everyone knew why but they were even more baffled, what were her reasons behind this strange decision?

The most obvious reason behind wearing anything for such a long period of time is simple: It saves a lot of time. When raising two toddlers anyone would want to make their lives easier so living a minimalist lifestyle makes sense. She no longer had to choose what to wear every day nor did she have mountains of laundry to do either. She did have tons more time to spend with the people she loved though. Her reasons are not just superficial either, Julia has a message for consumers that goes much deeper.

It’s something called ‘slow fashion’, something which Julia believes in wholeheartedly. The antithesis which everyone knows is ‘fast fashion’, cheap, trendy fabric and clothing that is cost-effective but unfortunately doesn’t last long so you buy more and more. “We demand lots of clothes cheap, so retailers have to produce in foreign factories where US labor laws don’t protect workers,” Julia explains. Slow fashion’ on the other hand — promotes good quality and fair labor practices and Julia is very concerned with another problem that seems to be happening more and more.

There is such a huge demand for cheaper clothes and that leads directly to underhanded business practices being implemented overseas. Practices like employing underage workers with little to no laws in place to protect them. Julia believes that by buying less we can lessen the demand for cheap child labor. Still, Julia has even more great reasons that she wants to share with her students.

Julia is a conscious consumer, she knows the impact that the clothing industry has on the environment. She’s wary of unsustainable environmental practices that use up earth’s valuable resources. It takes an unbelievable 713 gallons of water to make a traditional cotton T-shirt, while a polyester T-shirt doesn’t use as much water but its manufacturing process expels twice as much carbon dioxide. Julia avoided adding to her carbon footprint by choosing to buy a fair-trade hemp dress from a London-based clothing company called ‘Thought’.So, what did people think when she revealed her reasons?

Strangely, the most common reaction is unfounded disgust, with some people wrongly assuming that wearing the same piece of clothing every day is simply not hygienic and her answer to those people is rational enough. “I just tell them: this is not a project about hygiene. I wash it as needed. I come to work clean. Lots of people wear uniforms and they are not assumed to be dirty.”

“Do we really need so many new outfits? Are we just perpetuating a culture that defines us based on what we’re wearing rather than what we’re doing? What if we spent our energy trying to BE good, interesting humans instead of trying to LOOK good and interesting?” Luckily more people were supportive after hearing Julia’s message.

Soon, some of Julia’s pupils and colleagues were following her example, with 17 teachers joining her cause – including her history teacher husband, Patrick, who wore the same shirt for 100 days, too. Soon, local news stations caught wind of the teacher’s story. Julia’s Instagram quickly skyrocketed with comments and she gained over 6,500 followers. “All for integrating sustainable strategies into everyday items, what a movement this teacher started!” one supporter wrote.

“I like to wear clothes; I like to express myself… I know that we are all looking at what the other person is wearing,” Julia said in an interview. “To wear the same thing every day is uncomfortable because we have this deeply ingrained cultural expectation to change every day. It’s weird, but because it’s weird it’s making us all think.” What do you think about Julia’s cause? Could you take the challenge and wear the same outfit for 100 days?