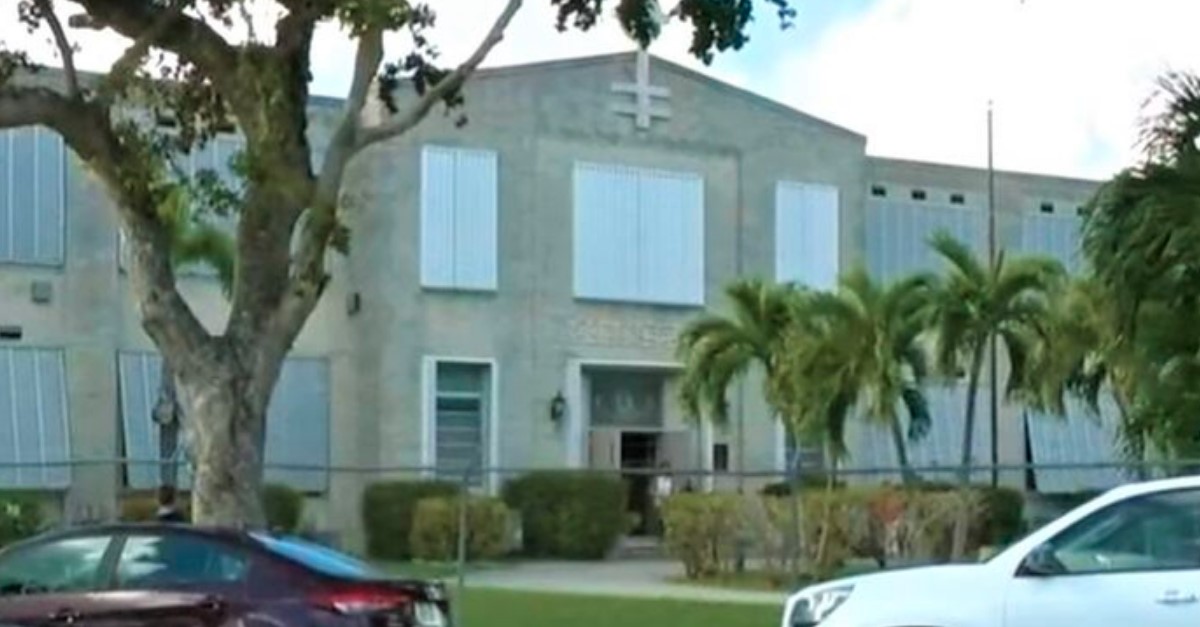 As a parent, you think that your children are in good hands when you drop them off at school in the morning, and you expect them to be taken care of by compassionate, qualified people.

But when the oblivious parents drove up to the gates of St. Peter and Paul Catholic School that morning, they had no idea about what had just happened there. When they found out about the scandal, they were outraged. 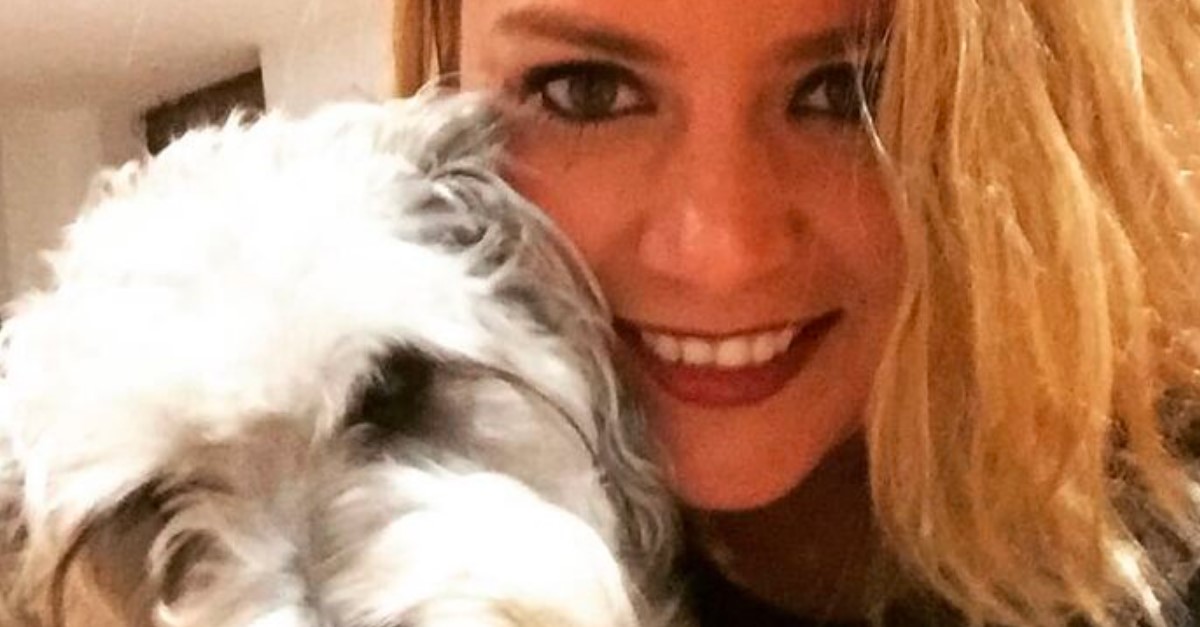 Jocelyn Morffi, a teacher at the Catholic school in Miami, Floria, was loved by her students and their parents, and she was a pillar in the community.

She was 32 years old, and she taught pupils in the first grade. It was clear that she loved her job, and the kids loved her, too. So when she suddenly went missing, nobody could understand why. 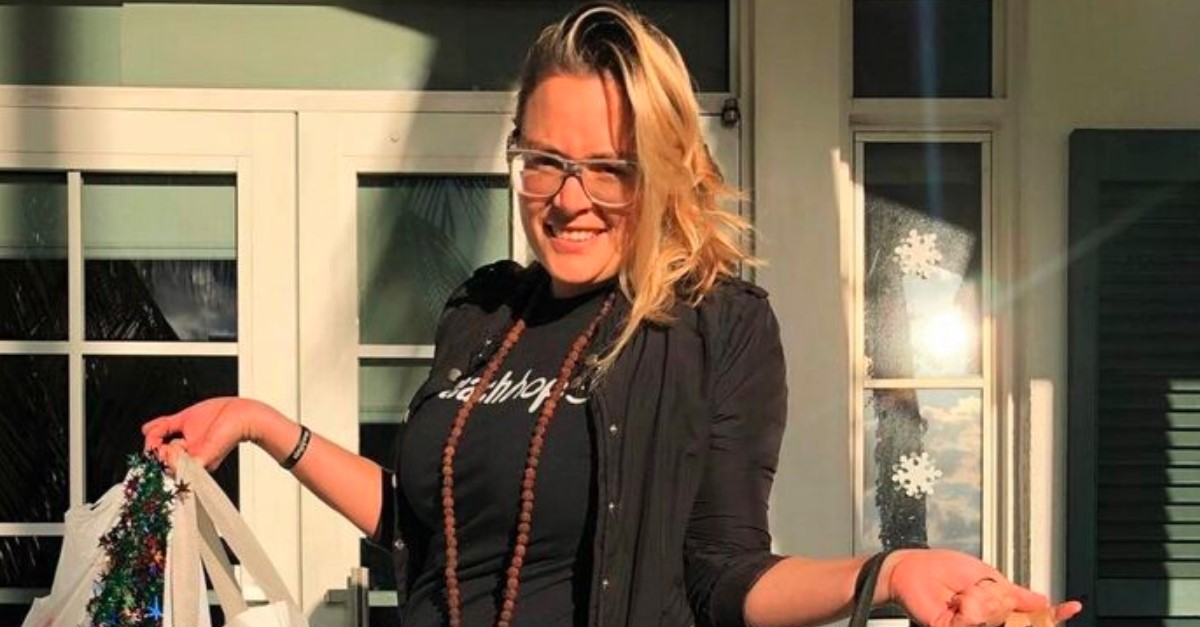 Jocelyn had been one of the most popular teachers at the school – she was even called the “Mother Teresa of teachers” by the parents of her students.

It had seemed that Jocelyn had always understood the enormous responsibility of teaching such young and impressionable children. But one morning, she was strangely absent. Stranger still, she’d left all her belongings behind. When tragedies occurred on the news, Jocelyn had always tried to address them with her young students – not in a way that would inspire fear, but rather in a manner that inspired hope.

After brainstorming with her class, she decided to begin a project and leverage her social media presence and get the parents and community involved. Together with her class, she began a campaign that she called #TeachHope. But the problem was that she was considered by some as a little… unorthodox. 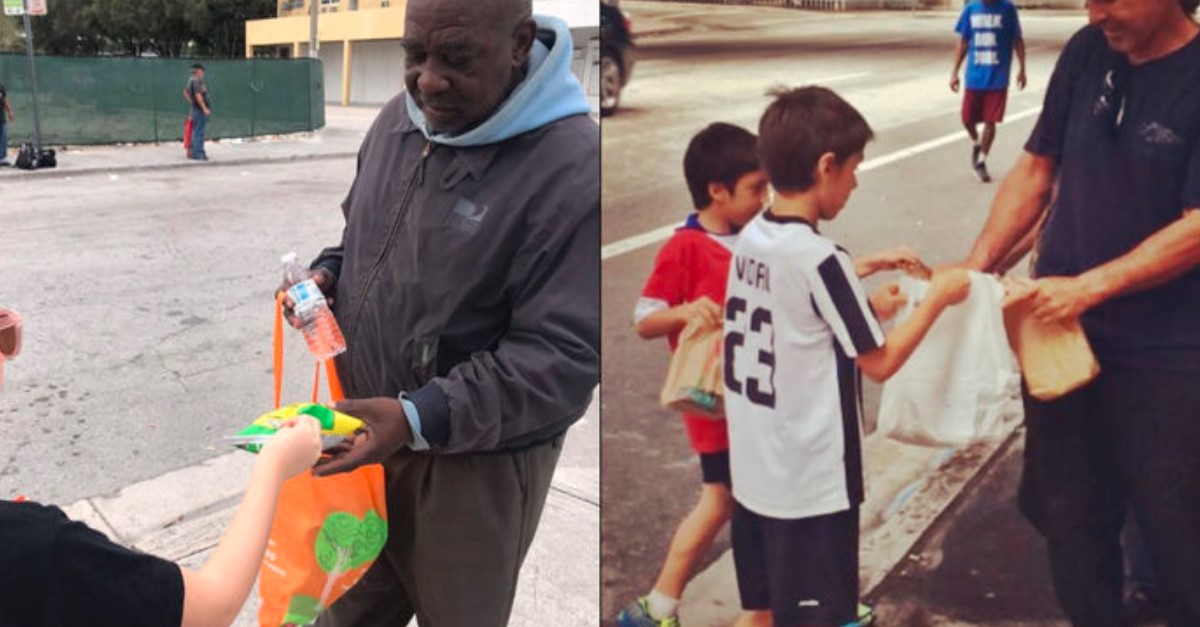 Jocelyn decided that the best way to instill hope in her students and give back to the community was for them all to volunteer at a homeless shelter.

She got authorization from the school and sent a letter to the parents, asking if they would like to contribute. But she could never have anticipated the response she got. 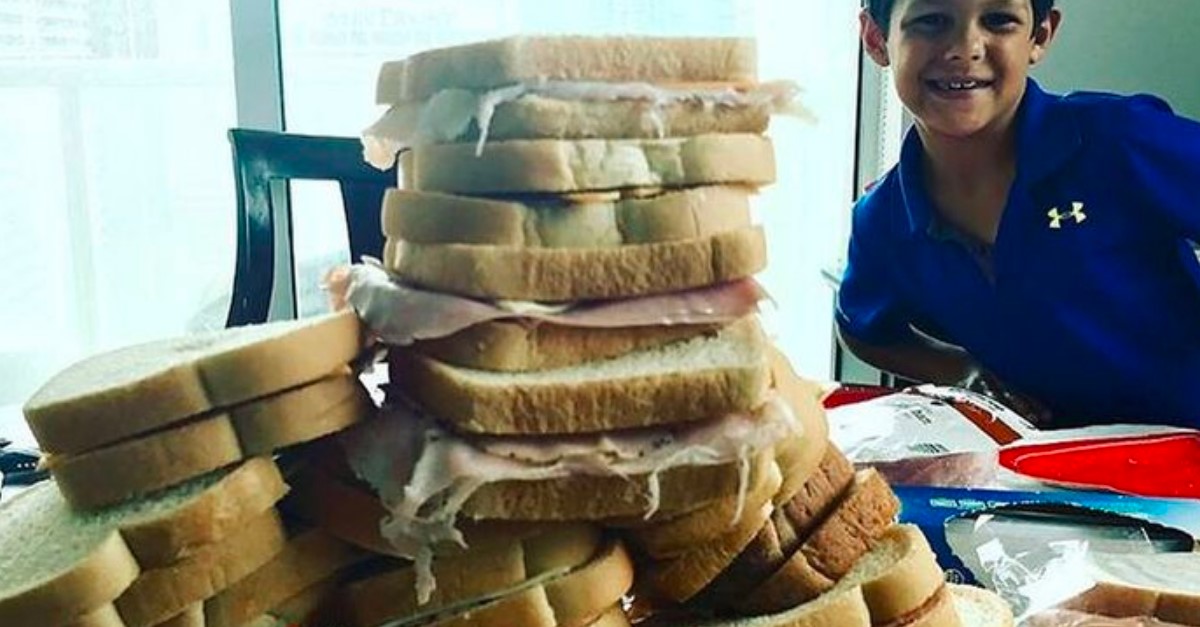 Jocelyn was overwhelmed by the support she received from her students and parents. Donations of breed, cheese, deli meats, and other snacks began to pour in. Her campaign to feed the homeless was a huge success, and the parents were delighted that their children wanted to contribute to the community in such a positive way.

Unfortunately, all of Joicelyn’s efforts wouldn’t be enough to mitigate the reckoning she was about to face.

She Stopped Showing Up 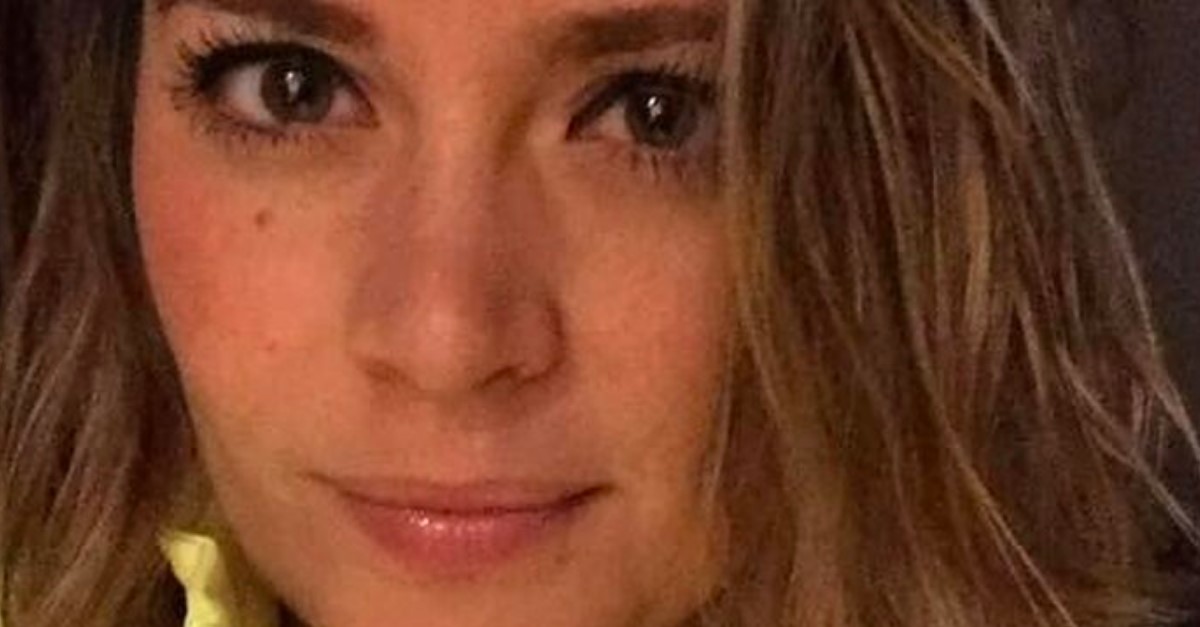 Every parent was ecstatic with Miss Morffi – she was teaching their children compassion and how to give back to the community. Indeed, she was an important part of the school and a big influence in their children’s lives.

That’s why, when she suddenly stopped showing up at school, the parents were extremely worried and confused – especially as this happened just after the teacher’s wedding. 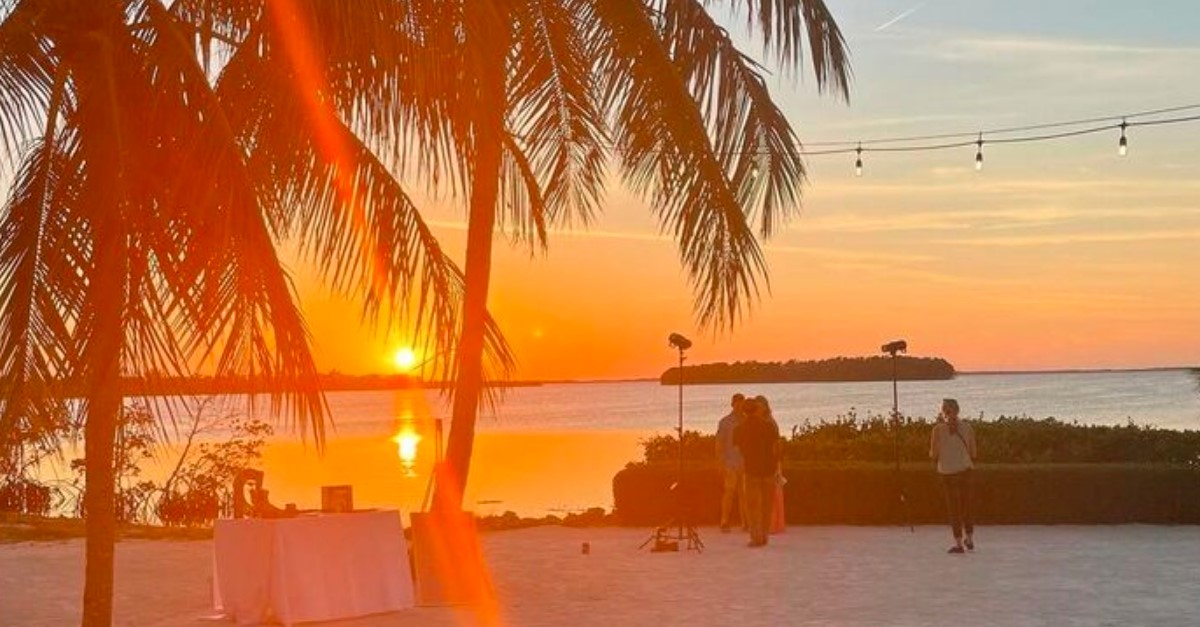 Before Jocelyn had married her best friend and the love of her life, she had set up a wedding website that included all the details of her wedding so that her loved ones could follow the special event online.

Of course, once the wedding celebration was over, she thought she would return to her normal life and continue doing what she loved most. But then, someone saw her wedding pictures. 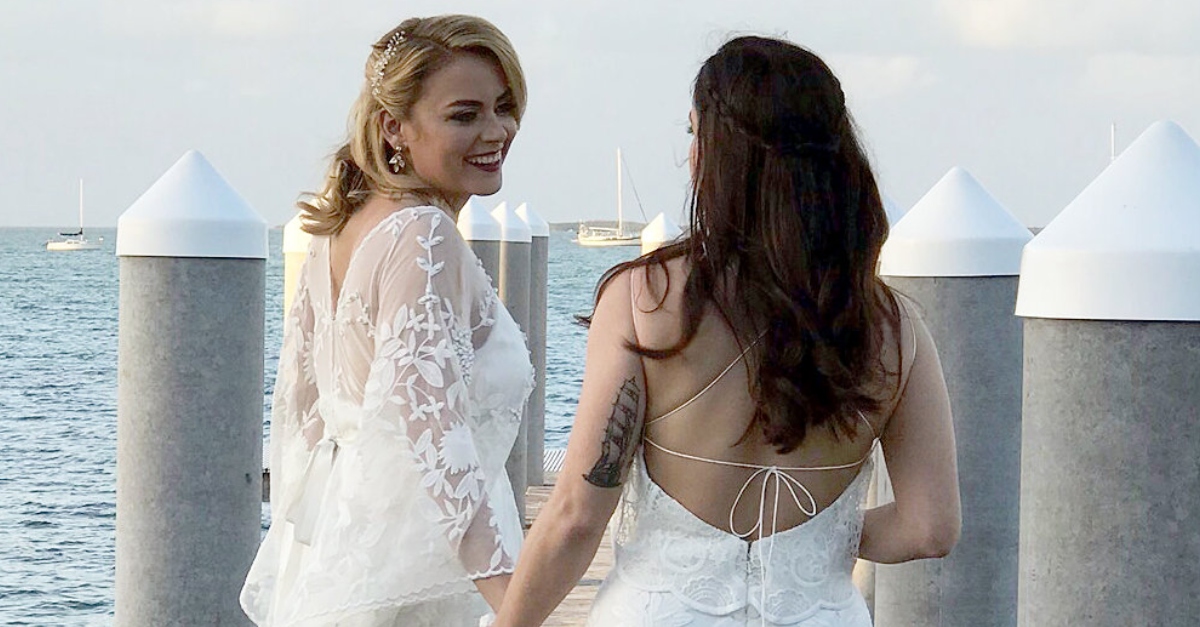 The wedding was a weekend-long event at the Key Largo Lighthouse estate. Jocelyn and her partner got married by the sea, and they hosted a good-bye barbeque that Sunday. Jocelyn posted all the photos of the ceremony online for everyone to see – which turned out to be a big mistake.

But what could she had she done that was so bad that the principal felt the need to fire her the very next day? 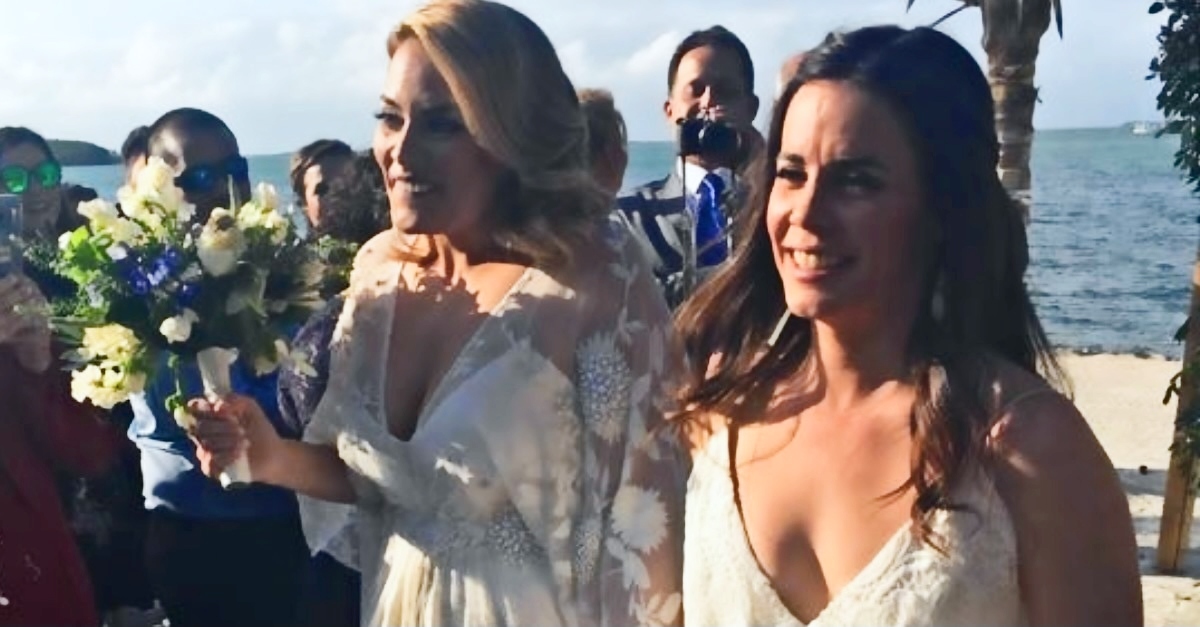 That Monday, parents dropped their children off at St. Peter and Paul Catholic School as usual. For anyone who didn’t know what had happened, the day just seemed like any other school day.

The parents and children were shocked to see that all of Miss Morffi’s things were still there – which indicated that she had left in a hurry – but the beloved teacher herself was conspicuously absent.

Fired On The Spot 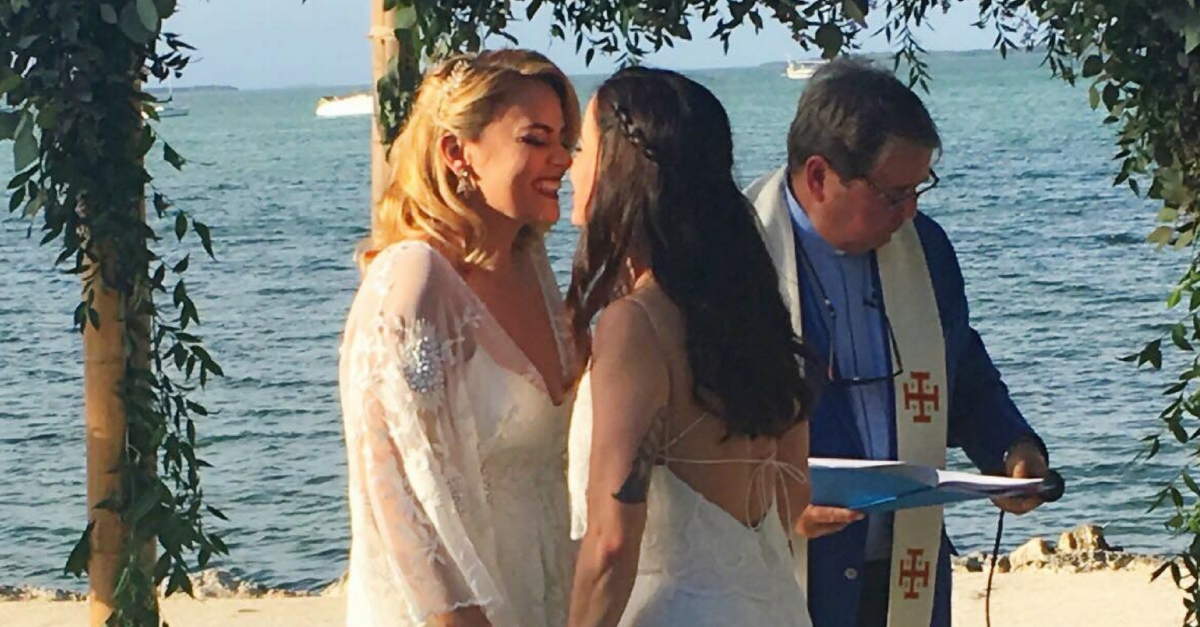 Jocelyn was a well-known presence in the community – mainly due to the humanitarian programs that she promoted on her personal social media pages.

Despite the “Mother Teresa” of teachers’ popularity and excellent track record, the school saw her wedding photos and decided to fire her on the spot. When the parents and community found out why, they knew they had to take matters into their own hands. Dozens of angry parents gathered, ready to confront the school.

Disapproval Of Her Partner Jocelyn’s Instagram page was filled with photos of her special day as she and her partner were joined in holy matrimony. But what was meant to be a holy occasion wasn’t seen that way by some.

Jocelyn took to social media and wrote: “This weekend I married the love of my life and unfortunately I was terminated from my job as a result. In their eyes, I’m not the right kind of Catholic for my choice in partner.” Those who hadn’t seen the wedding photos on social media were informed of the school’s decision with a letter, which simply said “She is no longer teaching at our school,” and that it was “a difficult and necessary decision.”

You see, the Catholic school had a firm stance against same-sex marriage – so much so that when the principal saw Jocelyn’s wedding photos, he immediately relieved her of her duties. But he wasn’t prepared for the backlash.

The Parents Fight Back In the following days, angry parents began to arrive in droves to protest. They confronted the principal and threatened to pull their kids out of the school. And soon, the media took notice.

“We feel cheated. She was the best kind of teacher that you can ask for and our kids, everybody, every parent here — our kids loved her,” one parent told the local media. But would they get justice?

Not Bound by State Laws Unfortunately, Catholic schools are not governed by state laws. Miss Morffi had committed a grave offense in their eyes – just for marrying the woman she loved. But Jocelyn is still fighting the school’s decision.

“Jocelyn is humbled by all the love and support she has received from family, friends, the students’ parents, and the public. She feels that the manner of her firing was unfair, not only to her but to her students as well,” Miss Morffi’s attorney said in a statement. But was the school in the wrong?