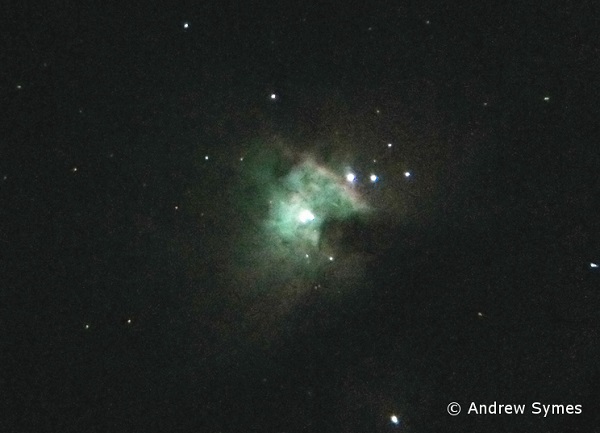 These days, smart phones can be used for almost anything – from diagnosing car troubles to taking snapshots of the Moon, planets, constellations, atmospheric phenomena such as auroras, comets, meteor showers, and even the International Space Station if of course, you know when it will next pass overhead.

If you did not know this or if you are new to the hobbies of stargazing and photography, why not use your smart phone to take stunning pictures of some of the several thousand celestial objects that are suitable smart phone-camera targets? Phone cameras have improved rapidly over the past several years, which goes a long way towards making astrophotography with, or without, a telescope attached to a smart phone an enjoyable pursuit.

However, there are some tips and tricks involved in taking great space pictures with a smart phone, some of which we’ll briefly discuss in this easy-to-follow guide, starting with:

The steadier the phone is, the better the image quality, and in most cases, simply supporting the phone against a wall, washing-line pole or even a window frame will suffice. However, the problem with this approach is that your target may be not be visible from any of these locations, in which case we recommend investing in a small tripod and matching adapter that works for almost all phones, like the example shown below. 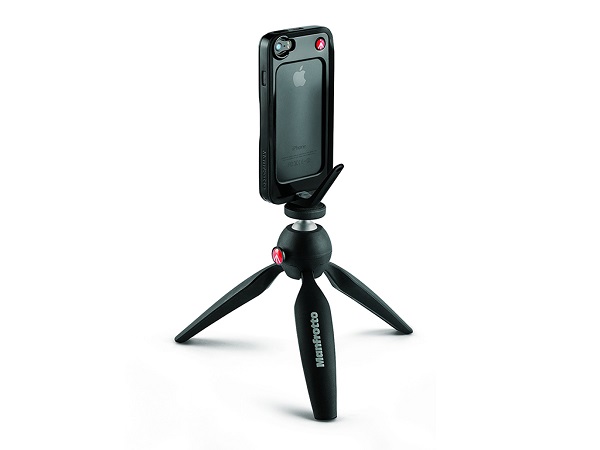 The tripod can be placed anywhere, and its sturdy construction will eliminate all movement of the phone that can produce blurry or streaky images. With the phone firmly in place on the tripod, simply attach the headphone cable to the phone, and use the volume control buttons to trigger the shutter release. This setup obviates the need to touch the phone at all during the exposure, which ensures great images, every time.

Even though smart phone cameras are better now than they have ever been, they are not designed for astrophotography, which is why even the best phones have limited exposure control functions. In practice, this means that smart phone cameras don’t perform well in low light conditions, but there are ways to get around this, especially if you want to photograph star trails, such as in the image below, which typically takes many minutes to several hours to make. 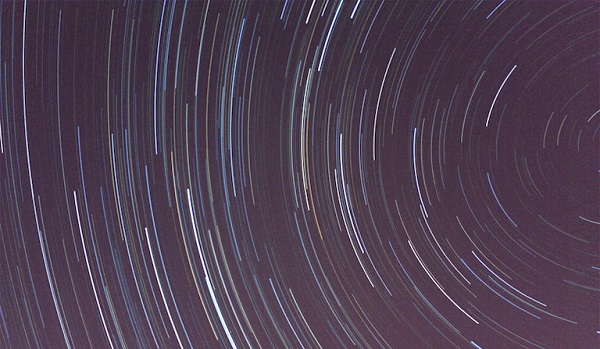 One such way is to download applications for iOS such as NightCap Pro, an artificial intelligence-derived app that essentially “tricks” the phone camera into thinking that it is taking a long-exposure shot. This is important if your target is dim, or has a low surface brightness, because the longer the exposure, the more light from that dim object reaches the camera’s light sensors, which in turn, equates to brighter pictures with more detail. Similar apps are available for other operating systems, so simply Google “long exposure” apps for one that will work on your phone.

Deciding which filter to use under what conditions largely depends on the target, but there is no doubt that using the correct filter to photograph bright objects can greatly improve the final result. 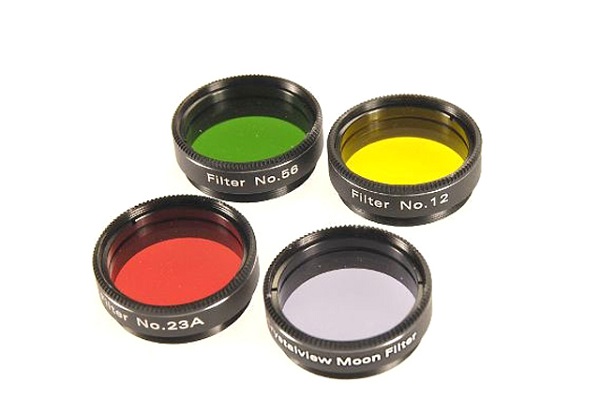 However, filters for smart phone cameras are not yet available, so if you have a telescope (even a small spotting scope on a sturdy tripod will do) you may want to get a telescope smartphone adapter with which to attach the phone to the telescope’s eyepiece, as shown in the image below. 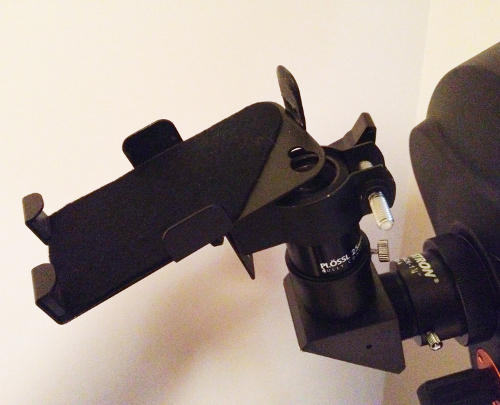 This set-up allows you to exploit the telescope’s light gathering ability, but the downside is that large telescopes can easily gather enough light to overwhelm the phones’ light sensors. Thus, using a filter that is appropriate for the target can shut out most of the light, and by using different filters on the same target multiple shots can be taken in different light frequencies. The advantage of this approach is that the phone’s light sensors are not overwhelmed or washed out, such as in the image of Jupiter shown below. 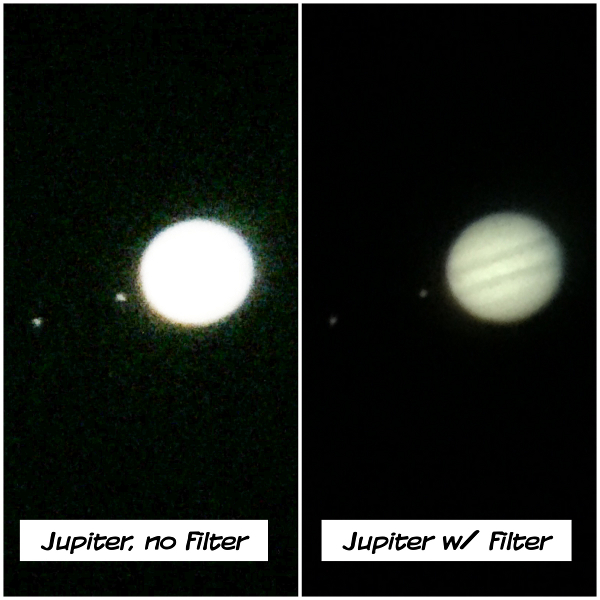 Note that the over-exposed image of Jupiter taken with a smart phone shows two Galilean moons to the left of the planet. Although they are dimmed by using a filter, the upside is that great surface detail of the planet becomes visible without completely extinguishing the moons.

There are two ways to prevent exposures like the one shown above. One way is to take a short video of the target, and the other is to use various filters. However, both methods require some work afterwards.

With videos, you can use free stacking software like AutoStakkert, Registax, and AviStack that import smart phone videos directly. Stacking software essentially breaks the video down into its individual frames, each of which can be manipulated, enhanced, cropped, or otherwise altered before stacking all the frames onto each other to produce a single, highly enhanced image.

The same is true for individual shots taken through variously coloured filters. Once all the images are imported into the program, each image can be manipulated to enhance or reduce some features, before stacking all the altered images into a single image.  Be aware though stacking software usually comes with a steep learning curve attached, and it may take awhile before you can produce good images.

There is no lack of suitable targets, and provided seeing conditions are good, almost any object that is visible with the naked eye, binoculars, or small amateur telescopes can be photographed with a smart phone, if of course, the smart phone is attached to a telescope.

Since there are no recommended telescope/smart phone combinations, or telescopes that are specifically designed for use with smart phones, almost any telescope will suffice, provided an adapter is available to attach a smart phone securely to it. Generally, though, smaller telescopes work better than large ones, simply because a small telescope is easier to move around and set up than a monstrous 24-inch Dobsonian.

In addition, bear in mind that with a smart phone attached to the telescope, the usual observing rules with regard to magnification may not always apply. Cameras capture light in ways that human vision cannot, so it is possible to get a darker (or lighter) image than the one shown you on the screen. In simple terms, this means that what you see on the screen may not be what the camera will capture, because some magnifications darken the background, which means that you may have to experiment with different magnifications and filters to get the best results for any given target.

The only way to master astrophotography is to experiment with the equipment at your disposal: while there are thousands of tutorials available online, your particular smart phone/telescope combination may deliver results that are different from what you see online.

Similarly, if you use only a smart phone, the quality of the camera, local seeing conditions, the nature and elevation of the target object, and a host of other variables such as the level of light pollution, might produce less than satisfactory results at first. Nonetheless, and even though your smart phone was not designed to take pictures of the heavens, with some practice and perseverance it will eventually produce high quality images, such as this one of the Orion Nebula shown above.