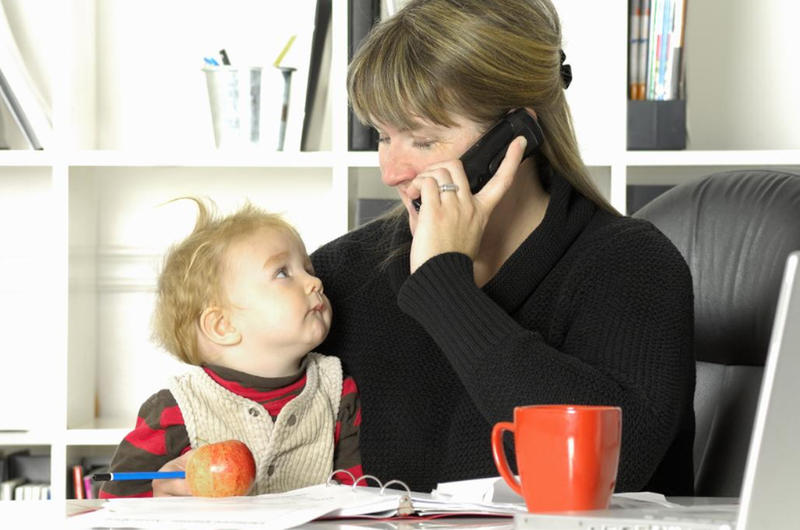 No One To Babysit

She raced through all the aisles, looking desperately for the items on her shopping list. All the while cries bounced off of every corner of the store and echoed loudly.

She knew that she would have some more bruises after today. She already had some from the previous kicking fits. Strangers stared at them with judgment as they walked. One stranger even had the audacity to approach them, then he reached for their boy. 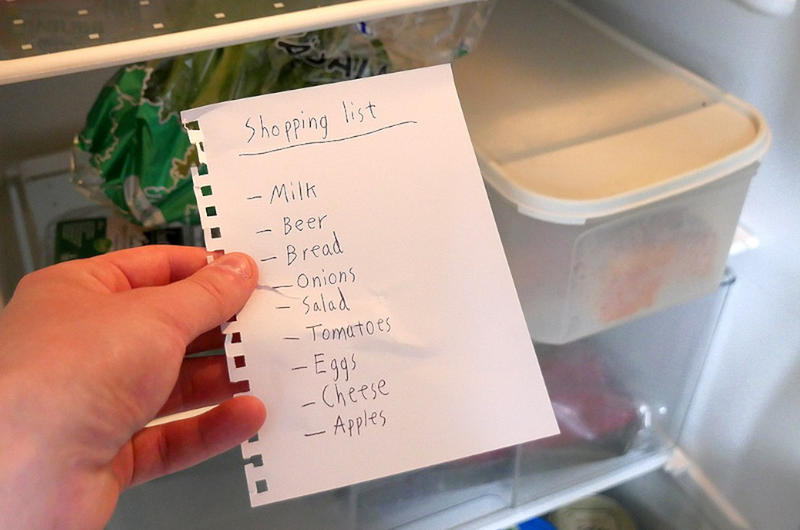 “Are you sure? I just need a couple of hours,” Rebecca Patterson pleaded. But no one would help her.

Her usual babysitter couldn’t help out today and she couldn’t find anyone else. She needed the items on her shopping list. left with no choice, she put her kids in the car. 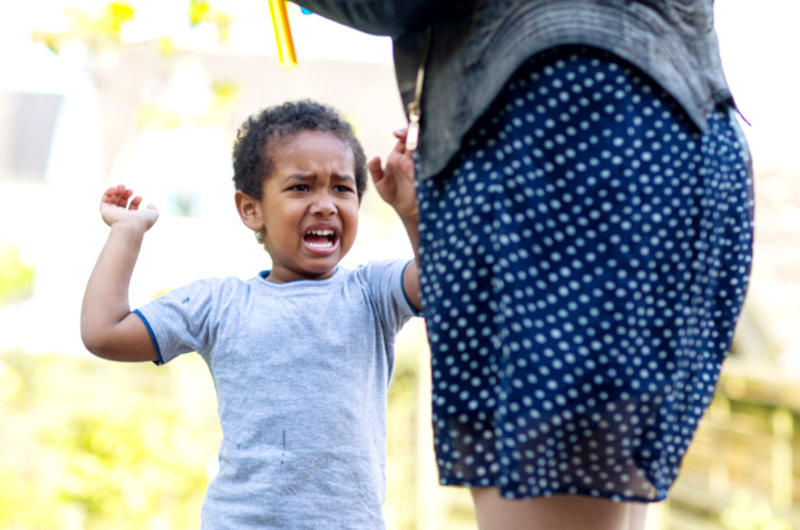 She put her two-month-old into their car seat and then strapped her two-year-old son in next to them.

The two-year-old had entered the defiant “no!” phase. He didn’t want to let her put the safety belt on him and she pleaded: “We’re going to that store you like. Just hang in there, baby.” She got into her car and started driving. 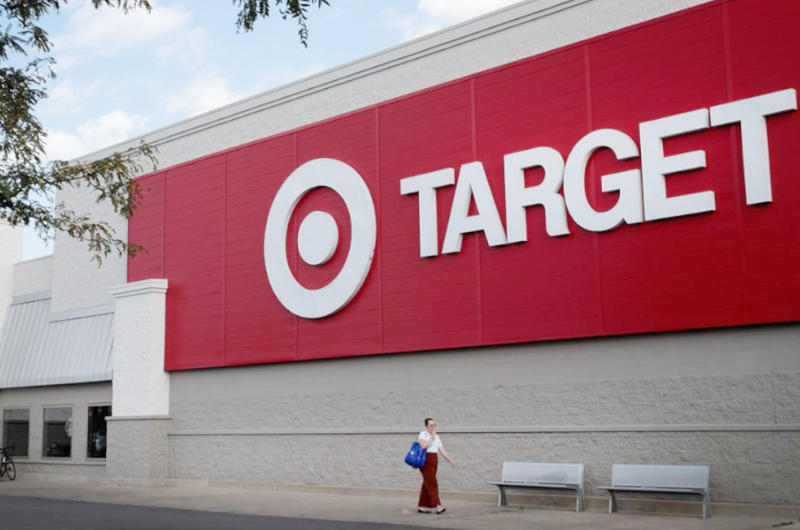 As they got to the target she turned around to look at her son. All she saw was the frown that had formed on his face, he wasn’t excited at all.

She could see the signs of a tantrum. He crossed his arms and started breathing heavily. They were so close, she had to get the items she needed. She found a shopping cart and headed in. 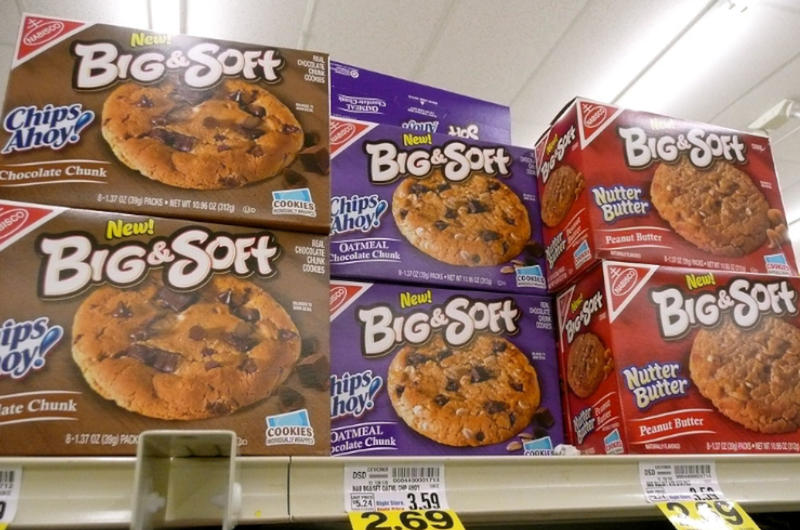 She put in some essentials like toilet paper, when her son saw she walked right past the cookies tears formed in his eyes and he started crying. “Maybe next time,”She assured him, feeling his tantrum bubbling just below the surface. Then she saw the dirty looks she was getting. 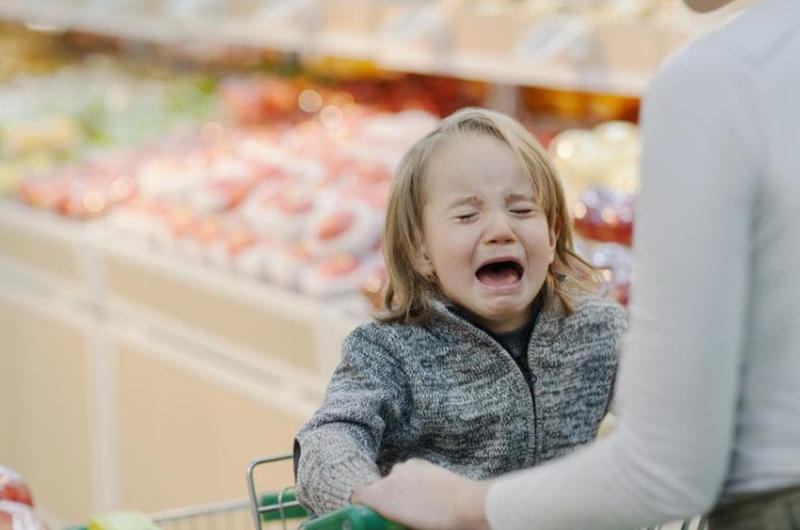 It seems like her son set off a chain reaction, just when he started crying she heard noises start to come from her baby, they were crying as well.

Tears were streaming down her son’s face. Rebecca tried to sooth her baby and grabbed some tissues for the cart, but they weren’t the cookies that her son wanted. The tantrum was starting, he started hitting the cart and tried to stand up, a fall for him would have been sore. 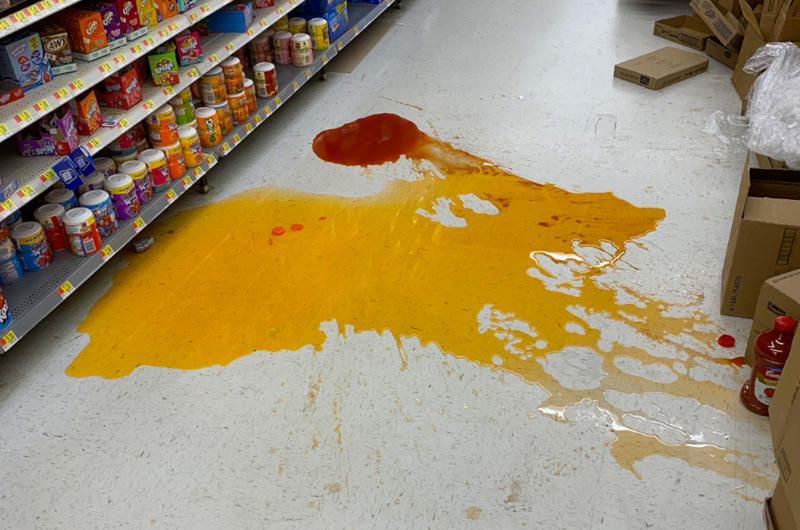 She tried to calm him down and made sure he wouldn’t fall. But he was uncooperative. The drama went from the cart to the floor.

Rebecca picked up her son and put him on the floor, at least this way he would be safe. He saw a box on the shelf next to him and tossed it onto the ground. She heard a stranger nearby mutter under his breath, “Shut that kid up.” 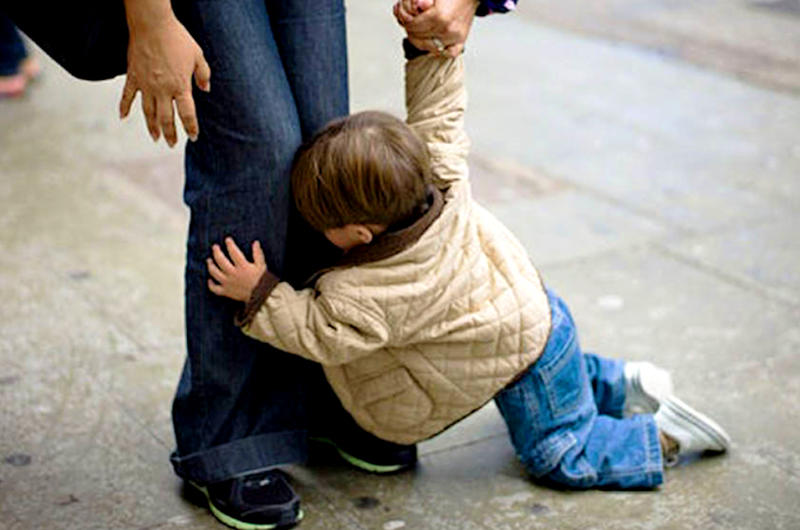 Order had fallen by the wayside and now Rebecca had two screaming and kicking children to deal with.

She was trapped in the aisle and knew she would never be able to get the times she needed now. She held in a cry of frustration and kept in her tears. Then she saw a strange woman staring at the scene.

Could Feel The Judgment 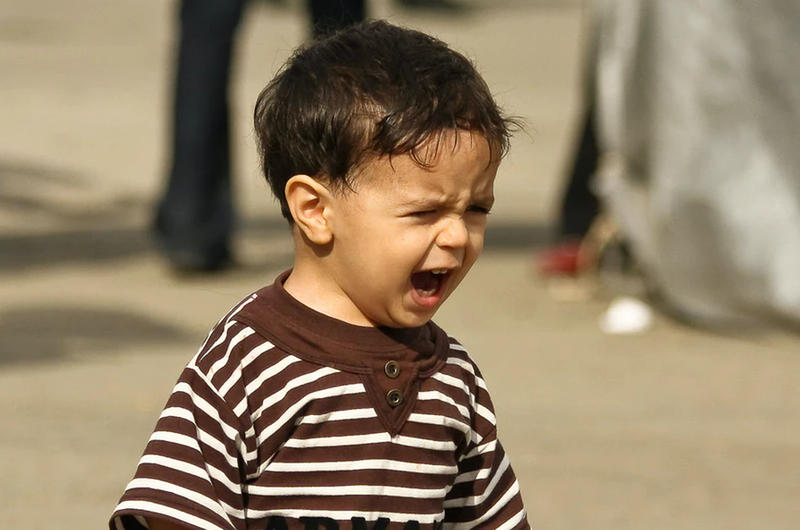 Rebecca had already heard plenty of shoppers muttering their thoughts on the matter. There were plenty of “little brat”, and “discipline”. Then she saw the woman start walking towards her.

Rebecca prepared herself, she knew the woman would have some unpleasant opinion for her. The woman was now right in front of her, she flung her bag behind her and pointed a single finger at her son. 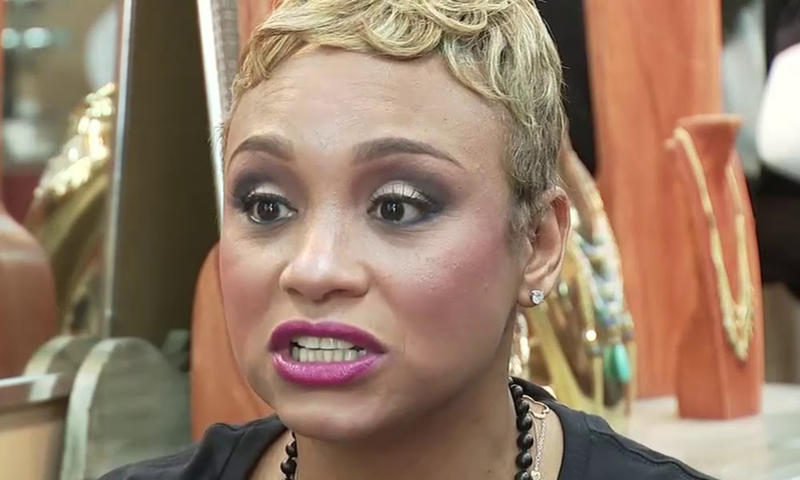 Rebecca could see alarm on the woman’s face as she walked there with purpose in her steps. Rebecca didn’t know what to do, she felt rooted to the ground.

Her cheeks were flashing red and she felt her pulse speed up. She did not want to fight with someone in a Target while her children were screaming. 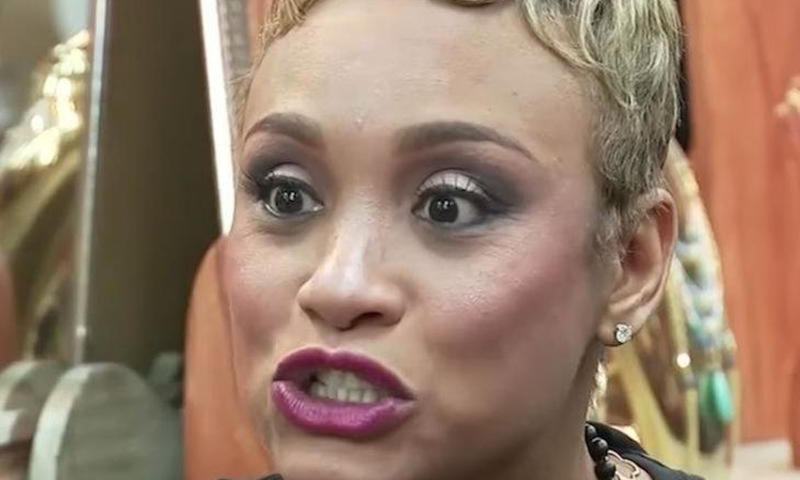 The woman was Tiffany Jones-Guillory, and she approached Rebecca. While the little boy was still kind of freaking out, Tiffany wasn’t deterred and began showing him photos of her own kids on her phone to distract him and help calm him down.

The woman asked, “Can I hold your boy?” Rebecca’s eyes screamed a pleading “yes!” What unfolded was something beautiful. Rebecca was so shocked — and relieved — that she took out her own phone and took a picture that quickly went viral. “Do you need some help?” Tiffany asked. Rebecca felt her body flood with relief and the tears stream down her cheeks as the stranger reached for her baby.

The motherly stranger picked him up and started to rock him back and forth, humming a soothing tune. Rebecca was astounded to see that her son was finally quiet. And the compassion continued… “She walked with me while I got the essentials needed for the day and kept hold of my toddler while he calmed down,” Rebecca said. “She saved me today moms! I am so sleep deprived and was running on empty. A little kindness and understanding goes a long way.”

Can you even imagine how tired and exhausted she was? Not to mention the fact that people were giving her dirty looks. 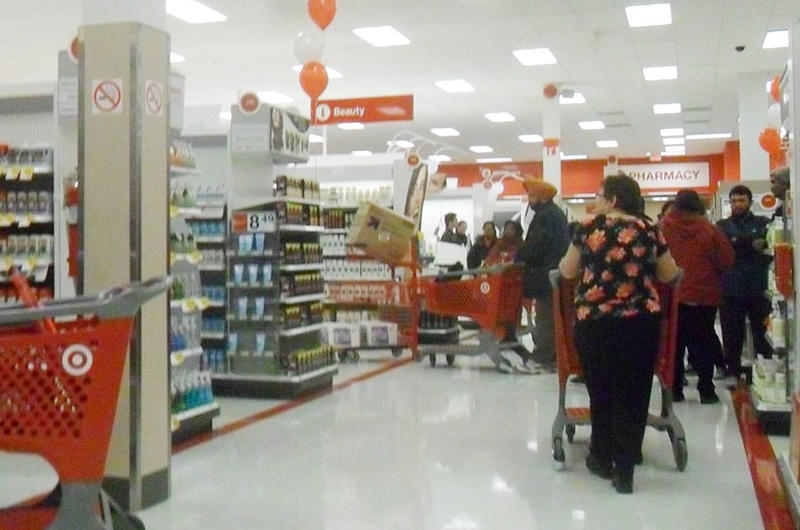 Tiffany walked with Rebecca as she finished her shopping.

It was such a kind gesture, and the scene was so beautiful, that she took a moment to snap another photo of the moment. The errand finished quickly with the new help, and she was finally able to go home. But then the mom realized something. Rebecca looked at the photo again. Something was wrong here. There had been plenty of appreciation on Rebecca’s part, but the woman deserved so much more.

Rebecca posted the photo online, hoping to find out who this stranger was. It didn’t take long for Tiffany to see her face on social media and remember the moment. It was then the news got wind of the story. Tiffany sat in front of the camera, with a warm smile and describing that evening.

It was clear she just wanted to help and never expected anything in return. She had “been there before.” It’s especially significant when people are trained to be wary of strangers and we are afraid to help each other.

She Needed To Help “I know how it is. I’ve been there,” Tiffany explained. “I have two kids, it’s frustrating, and that baby is two months,” she said. “You have hormones going…and people are looking at you crazy, and I just wanted to help. God sent me there to help her.”

It makes you think — how many times have you seen a kid melting down and wondered why the parent wasn’t doing anything about it? Maybe they’re doing the best that they can, and they just need a little compassion. Compassion is exactly what another mom urges people to have when they see that situation. Another mom, Aly Brothers, had her own meltdown after taking her two young boys to the grocery store to grab some milk. While that sounds simple enough, her boys had other plans, which caused Brothers to lose it a little bit and customers to thrown some shade.

“This is motherhood. No fancy filters, no good lighting, no new lipstick,” she wrote in a viral Facebook post. “It’s messy hair that’s wet from the rain, yesterday’s makeup that I was too tired to wash off, and tears. Motherhood is HARD. Single-motherhood is HARD.” “These tears started as the cashier of Giant Eagle handed me my receipt and continued for the entire drive home,” she wrote. She went on to explain how her younger son, 20-month-old Levi, was fussy from pretty much the second they walked into the store.

Not willing to cooperate, he didn’t want to be buckled into the shopping cart, from which he started throwing things — a shoe, groceries, his mom’s wallet. “And he cried. And people stared. That was fine, I could handle that,” Brothers wrote. As if that wasn’t enough, her energetic 3-year-old son Bentley wanted to play Superman by standing on the front edge of the cart. “I told him to hold on and stand straight. He did not. He fell off, he leaned backwards and knocked things off their displays. He leaned back and bumped a stranger,” she said.

“Then I made him get down and he walked too far ahead of me and opened all the freezer section doors telling me all the things he wanted to get. I tried to handle that. I stopped multiple times and composed myself and my children. The people in line behind me glared. The cashier glared. Everyone’s eyes were on me as if to say ‘can’t you control your own children.’ One older gentleman whispered, ‘she’s pretty young for two kids’ and I lost it.” In her Facebook post, she went on to explain just what was going on. “I handle my kids very well. Normally, they’re great kids and I wanted to tell that guy, ‘You’ve seen them for 15 minutes in a grocery store. I’ve seen Bentley for 3 1/2 years. So I know him way better than you.

“Don’t judge me, don’t judge my kids,” she continued. “We’ve all been here. You acted like this when you were three. Be compassionate. Show kindness.”

“If you see a kid throwing a tantrum, if you see a mom on the verge of tears…please say something nice. Please don’t glare with judgement (sic),” she wrote.

“And to all moms out there having a day like mine…I see you, I know you, I love you. You are strong and you are doing just fine.” Clearly it struck a chord, as her post received more than 65,000 reactions, with other parents sharing their own stories — and how a little bit of kindness can go a long way. But what if you’re a parent in the middle of a kid meltdown? But as every parent knows, it’s going to happen. If everyone put forward one gesture a day (big or small), the world would be a happier place. And as cliché as the idea sounds, it still rings very true. What will your kindness today be?