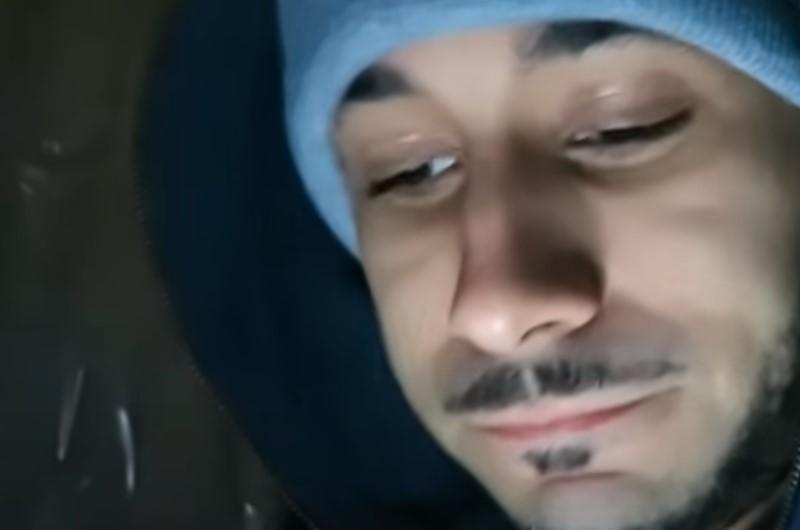 He felt his stomach twist into a knot as he watched the footage on the camera he’d stumbled upon. He could feel his hands shake as sweat dripped down his face. Trying his best to keep his breathing regular, he dialed 911 with his shaky hands and waited for someone to pick up.

All he had agreed to was collecting his neighbor’s mail while he was gone. What had he done? And why?

That Kind Of Neighbor 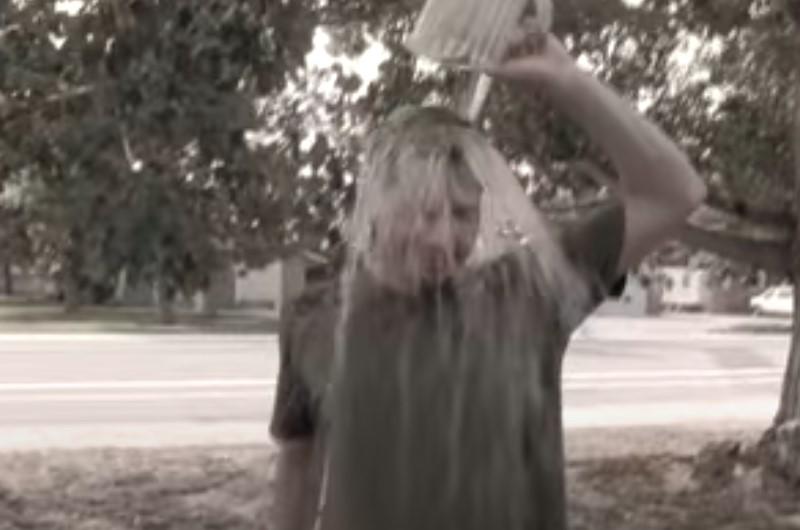 Clinton Martell’s neighbor was something else. Every time he pulled into his driveway he had to clench his teeth. His neighbor was always there, irritating him.

Just over the last week, he’d seen his neighbor coughing out cinnamon, tipping a cold water bucket onto himself, and sitting on his car as it rolled down the hill. With every new irritation, Clinton felt his hands grip his steering wheel tighter. 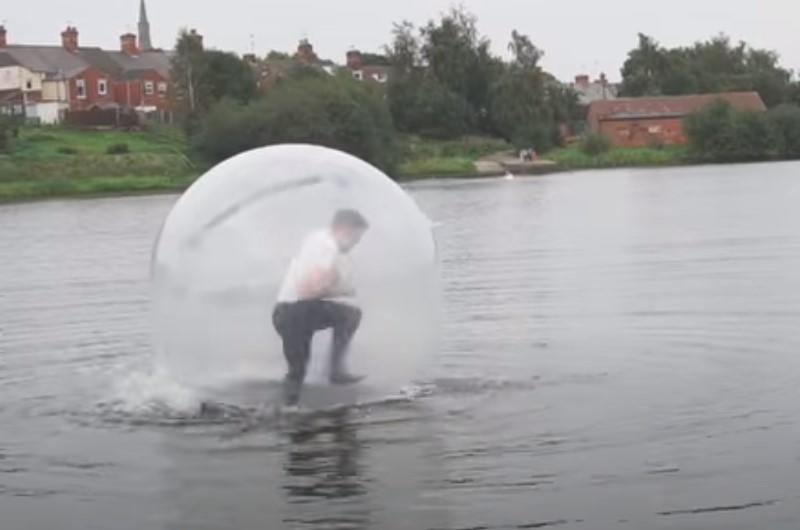 You see, Clinton’s neighbor was in his mid-twenties and without a job. His big dream was being a famous Youtube sensation. But all the videos he’d uploaded so far didn’t seem to attract a lot of attention.

Dillon would jump around and perform stunts in front of his cheap, beat-up camera. He was just hoping one of them would attract a larger amount of viewers, which was thus far – nonexistent. 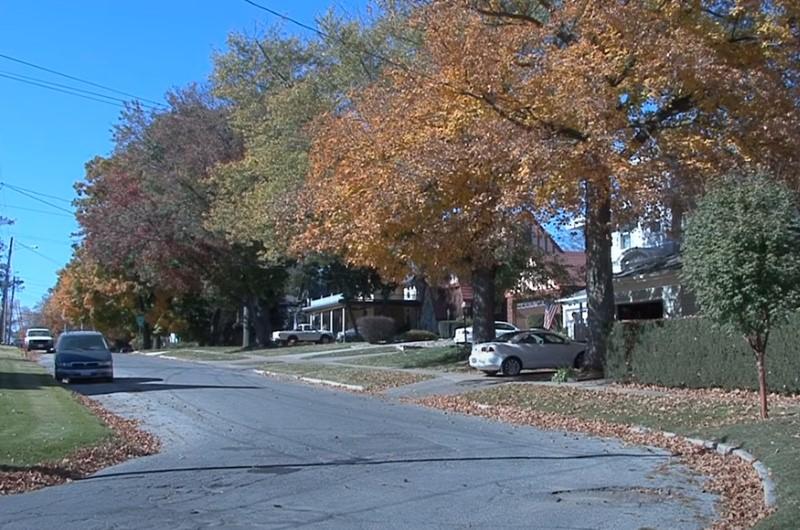 Dillion came knocking on Clinton’s door one morning and told him he was leaving for something crazy, something that would make him a sensation. Clinton didn’t care where he was going but agreed to collect his mail while he was away.

Clinton was actually quite thankful that Dillon was going to be gone, he could breathe easy when he pulled into the driveway. But something at the back of his mind was telling him that his neighbor’s big stunt would affect him in some way, and he was right. 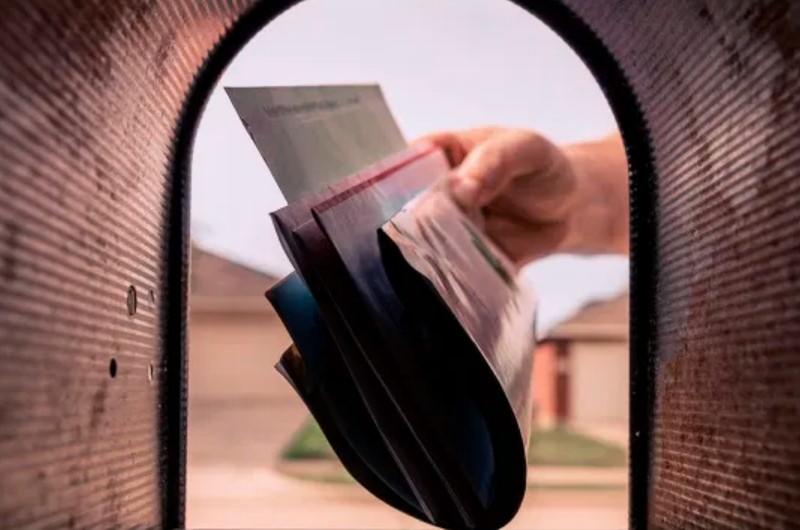 Clinton was happy for the first few days. The neighborhood, for once was quiet. He begrudgingly took his neighbor like he promised and kept them in his garage. But something would arrive that would shatter Clinton’s world.

The mail he’d taken up until that point was nothing notable, just a few bills and subscriptions to various services. Then, a big box arrived on evening. The package had a large red sticker that read – RETURN TO SENDER. Clinton was a fit man, but the box was so big that he struggled to pick it up. He wondered how he’d move the large object the small distance from his neighbor’s porch to his garage.

He summoned every ounce of strength he had and heaved the box to his front door. He thought that maybe it should stay inside, that was his big mistake.

Going Through The Front Door Clinton second-guessed himself and made the decision to take it to the garage. It’s not like it wasn’t safe inside there. But his garage door certainly wasn’t the most reliable of things. He was tired of his unreliable door that he’d have to fight. Nowadays he just parked outside since it was easier.

But Clinton kept the heavy package in his arms while he fought to open the gate. The problem that started it all that would set events in motion that couldn’t be stopped. Clinton felt his knees buckle underneath the weight of the box as he opened the door to his garage. But then something terrible happened.

As he felt himself losing his grip, he cursed as the package fell heavily on the ground. He also thought he heard a faint “crack” from inside the package. He just hoped that nothing was broken inside. He wasn’t going to say anything to his neighbor and see if he noticed when he got back. And even if he did, he could deny it and his neighbor would be forced to assume it happened on its way.

Clinton heaved the heavy box inside through his garage. He put it in a clear corner and left it there. But he had no idea that his business with the box wasn’t over. Clinton closed the garage, with its strange cargo inside, and promptly forgot all about it. That was his second mistake. A few days later, a strange smell began to permeate through his house. Almost unnoticeable at first, the sickly-sweet stench progressively got worse.

Eventually, it grew so intense that it drove Clinton to search for the source. After following the nauseating smell, it didn’t take long for Clinton to identify the culprit — it was coming from the package. Clinton kicked open the garage door and was left reeling by the stench inside. It must be one of those meat-of-the-month subscriptions, he thought — running back to the house to fetch a pair of scissors.

The meat must have gone rancid. Now more than slightly annoyed, he wondered why his insufferable neighbor hadn’t warned him. And how much meat had the idiot ordered? An entire freaking cow? Pulling his shirt over his nose, he approached the box, retching. When Clinton’s eyes had stopped watering, he noticed that the cardboard box was soggy at the bottom. “Great,” he spat. If he tried to drag the box outside, it would split and cover his garage floor in spoiled meat.

He’d have to open the box and take the pieces of putrid meat out one by one. He quickly slid the scissors through the packaging tape, but once he’d gotten the box open he almost blacked out.

A Punch To The Gut Clinton staggered back as wave after wave of the stench hit him like a punch to his gut. He just couldn’t stomach the smell and deal with the horrific contents of the box. He ran outside to regroup before trying again, and the smell was so bad that it clung to his clothing and burned his nostrils.

And nothing he did to rid himself of the stench worked. Not air fresheners, not a face mask, not a change of clothes, or three showers. And every second that the box sat in his garage was another second that the smell was allowed to take hold in his home. It was time to bite the bullet. Clinton returned to the garage, and this time he was prepared. Armed with a clothes peg, rubber gloves, a garbage bag, and a bottle of bleach, he approached the nightmare box in the corner that seemed to be waiting for him.

Determined not to touch what was inside, he snapped on the gloves. But, as it turned out, he needed none of these things. He turned his head the other way and reached into the box. Expecting something soft and wet, Clinton almost jumped as his fingers closed over a hard rectangular object near the top of the box. He pulls it out slowly and is astonished to find an old digital camera in his hand.

Now Clinton knows that the box’s contents are far more sinister than a spoiled meat-of-the-month package. His heart began to race. Clinton locates the ‘ON’ switch and holds it for a few seconds. Suddenly, the camera beeps to life. He is so surprised that he jumps at the unexpected noise. He stares at the blank fold-out screen and hits ‘play.’

He hears the audio — a scratching sound of the mic being dragged on cardboard — and the image comes into focus. The low-battery icon flashes on the screen, and the camera shuts off. He runs back into the house to plug the camera in. Clinton sits on his bed, spellbound as he fast-forwards through the hours of footage. Beads of cold sweat run down his forehead when he finally realizes what he is looking at. “Oh my God,” he wails.

He has to gather all his courage to look inside the box. How could this be happening? He yells uselessly at the camera. He never signed up for this! He takes a deep breath and stumbles back to the garage… back to the nightmare inside.

A Man In The Box He quickly peers over the side of the box, covering his face with one hand to keep himself from retching. He just makes out the shape of an arm… a finger… and pulls back in terror. Trying to keep his hands from shaking, he dials 911.

You see, the footage was one of his neighbor’s idiotic vlogs. And it was recorded from inside a box. A few minutes later, the police arrive. The footage began with a poorly-shot vlog of his neighbor speaking directly to the camera. “Today I’m gonna do something EPIC,” Dillon bellows into the mic. With one hand holding the camera, he records himself getting into an enormous box, proclaiming: “I’m gonna MAIL MYSELF to my house!”

The camera pans to the bottom of the box — showing the food, blankets, flashlights, and bottles that Dillon had packed for the journey. He continues to record himself for brief intervals inside the box, giving “updates” as he is transported to his destination. As Dillon gives his final update on his progress, suddenly the camera falls over on its side and the image fades to black. It records complete darkness — hours and hours of it. But the last “update” on the camera is a shot of Clinton’s shocked face as he pulls the camera out.

Clinton explained everything to the police when they arrived. They didn’t bother with the footage, they immediately set about investigating the box. Clinton was in for another surprise.

What Had He Done?

The police pulled out five military-grade cans of putrescine that were rigged to an elaborate timer that was set to dispense the foul-smelling “riot bombs” — they were set to go off on the hour, every hour.

Putrescine is a chemical that produces a scent that is almost identical to organic putrefaction. Along with the cans, they found a mannequin and sacks of concrete in the box. What had Dillon done? Now, credit needs to be given to Dillon where it’s due. He set up the entire thing as an elaborate — if not downright distasteful — prank. He recorded the footage from another box that was sitting in his bedroom.

He filled the box with concrete and placed a mannequin inside for good measure. He wired up the cans of putrescine to give the box a revolting scent. Then, he placed the camera in the box. So, where was he now?

It Went Too Far Dillon wasn’t expecting the prank to end with the police being called. He thought that Clinton would cotton on to the fact that there was a mannequin inside the box and realize that he’d been had and that the joke would end there.

But the prank had gone horribly wrong. The police and Dillon’s poor victim were definitely not amused. Nonetheless, Dillon had watched the entire spectacle unfold from the safety of his window and had recorded unwitting Clinton’s battle with the box from beginning to end.

He’d been inspired by the latest viral craze — vloggers desperate for attention were really mailing themselves to various destinations through the postal system. With such priceless and candid prank footage, surely he’d become YouTube famous now?