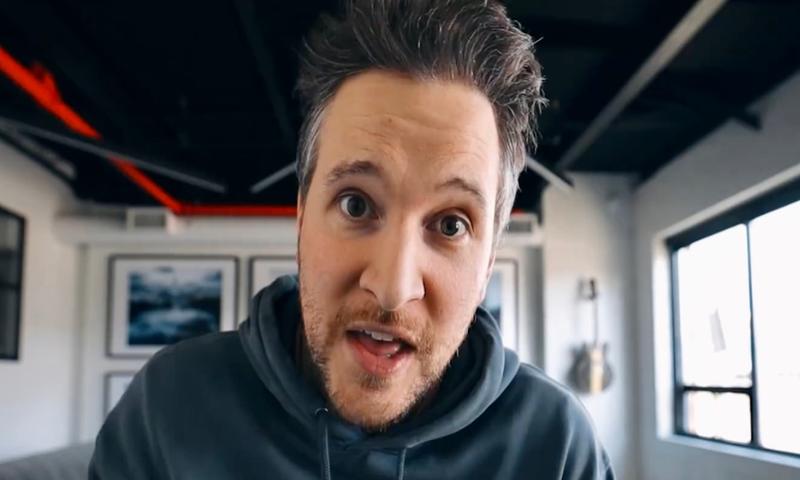 A Knot In His Stomach

The anxiety started to overwhelm Jake and he could feel his stomach twist into a knot. Searching the stranger’s wallet, he never thought that this is what he’d find. Maybe it was wrong to steal it, but he had fallen on rough times and he had debts to pay just like everyone else and let’s not even mention his mother’s hospital treatment. He had no choice but to turn to petty theft.

But he was really regretting picking this mark and taking his wallet. The only thing he could do now was turn it in. 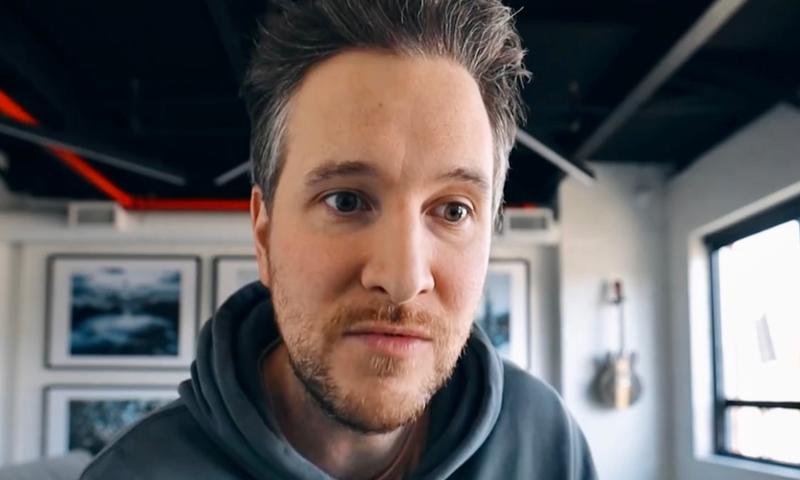 Jake Jones was trying to cope in the world of adulthood. He worked hard every day to pay off all the essentials, the rent, groceries, and even his mother’s expensive hospital bills.

But even working long hours didn’t seem like enough to get by. He had fallen on tough times and was trying to get out. Little did he know that things were going to get worse. 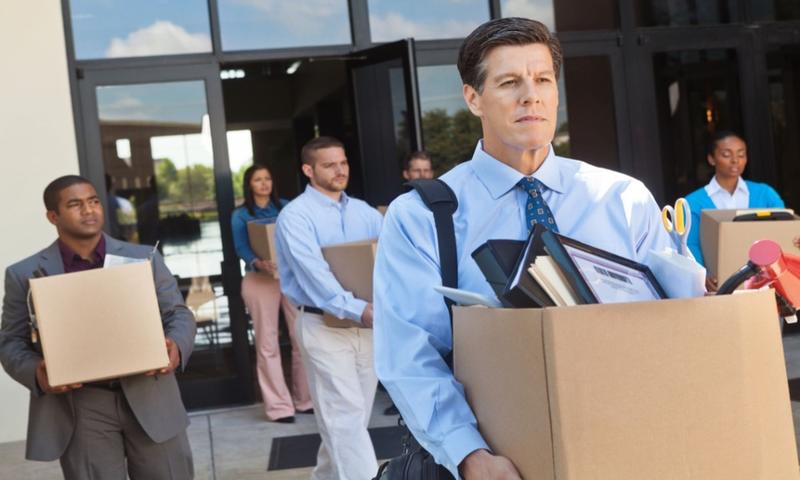 It was a boring Monday morning like any other when Jake got some unfortunate news. His job where he worked filed for bankruptcy. This left Jake’s future in uncertainty, he still had the same expenses like every other month but now he wasn’t earning money. He felt his chest tighten as anxiety overtook him. What was he going to do, he had no money saved in the bank and no way of earning more.

There was only one option in Jake’s mind, he never thought this was something he’d turn to. He knew this was crossing a line, but what choice did he have? 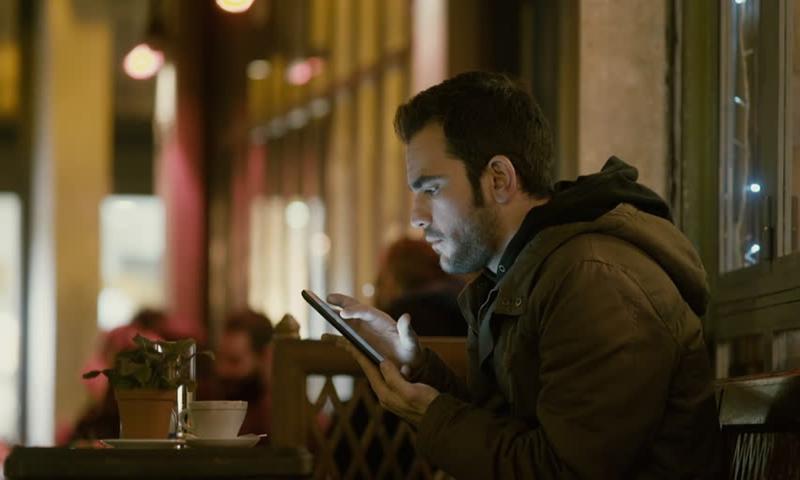 He finished up his very last day of work and decided to console himself with some dinner from a cafe he liked. It wouldn’t cost much since he had a coupon he hadn’t gotten around to using yet.

He got himself a burger and a beer. He didn’t want to think about his unforeseeable future and rather turned to the TV that the cafe had. What he saw on the TV made him stop in his tracks. 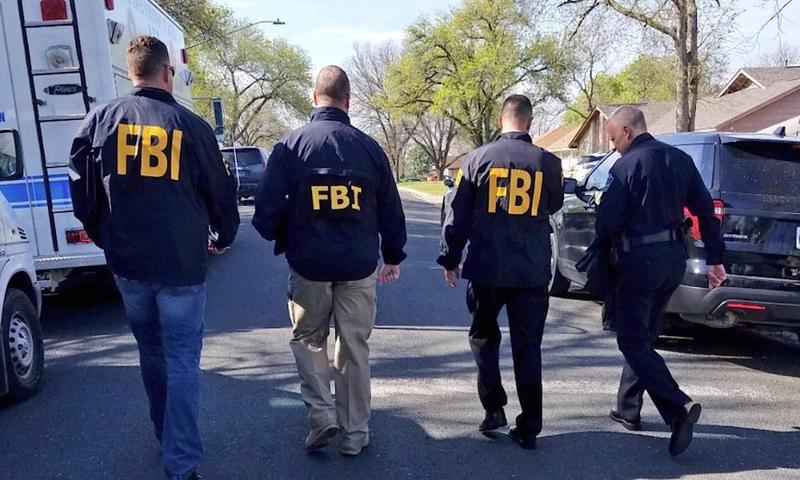 On the TV there was an FBI warning and manhunt for a man that seemed not that much older than Jake. He was wanted for possession of indecent images and was supposedly armed and dangerous.  Right on the TV, Jake saw that there was an FBI manhunt for an older man wanted for having indecent images in his possession. It also specified that the man was armed and dangerous.

Jake soon looked away from the TV and forgot about it, he finished his meal and paid the bill. He got up and headed home, but nothing could have prepared Jake for what happened next.

Cutting Through The Park 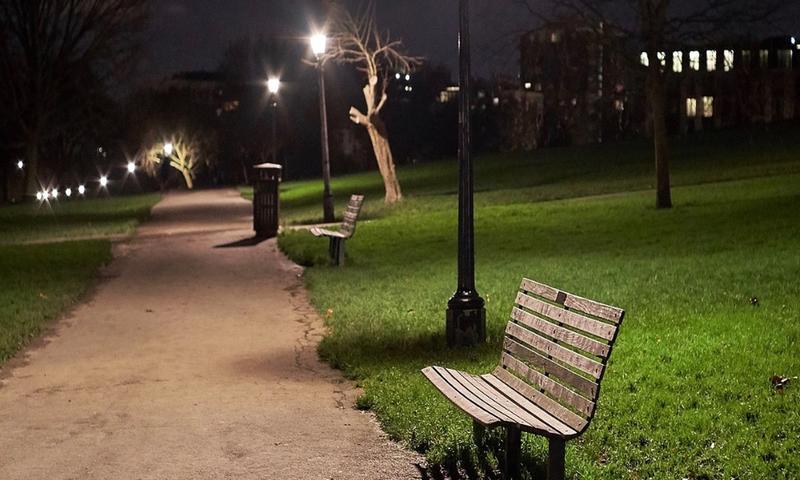 Jake decided to cut through the park on his way home, it was getting late and fog had rolled in, obscuring the path mere feet in front of him. As Jake continued to walk, he contemplated his future, what would he do? He didn’t have any family that he could rely on, unfortunately for Jake, no one was there to look out for him.

Just as he took a deep sigh, he noticed a man walking by himself across the park. Suddenly, a terrible feeling hit the pit of Jake’s stomach and he made his way over to the man. He knew what to do. Just as he started to get overwhelmed by emotion, he saw someone up ahead walking alone. Jake felt something inside of him twist. He knew what he was going to do, desperate times, right? Jake took a deep breath and started heading straight for the man, his walk slowly turning into a full-on sprint. He tackled the lone man and rifled through his pockets as fast as he could. It didn’t matter what he found, he was desperate.

When the man hit the ground he got winded and tried to call out for help. Jake caught a glimpse of his face in the streetlights above them. Jake suddenly felt sick to his stomach, was that him? 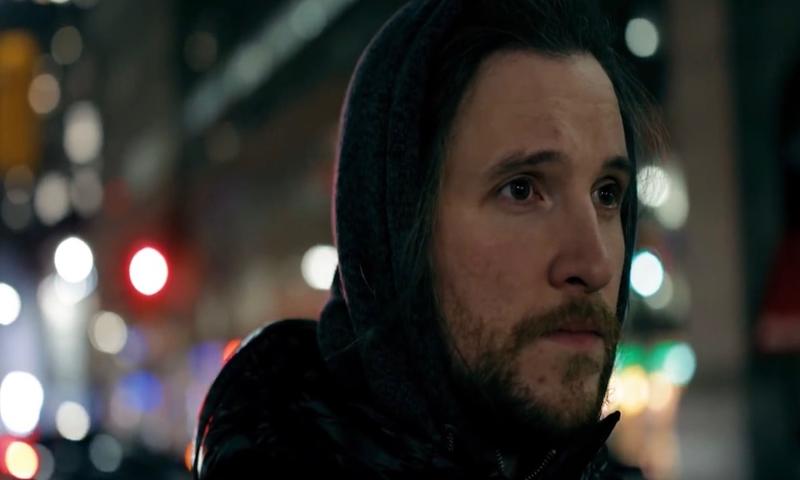 Jake immediately recognized the man’s face, it couldn’t be him, could it? He looked like the face he’d seen on the TV at the cafe – the man the FBI was looking for. Still, he grabbed his phone and his wallet and took off.

Jake ran back to his apartment under the cover of the fog. He had the man’s belonging still in his hands. He breathed once he locked his door, unaware of what he had just done. 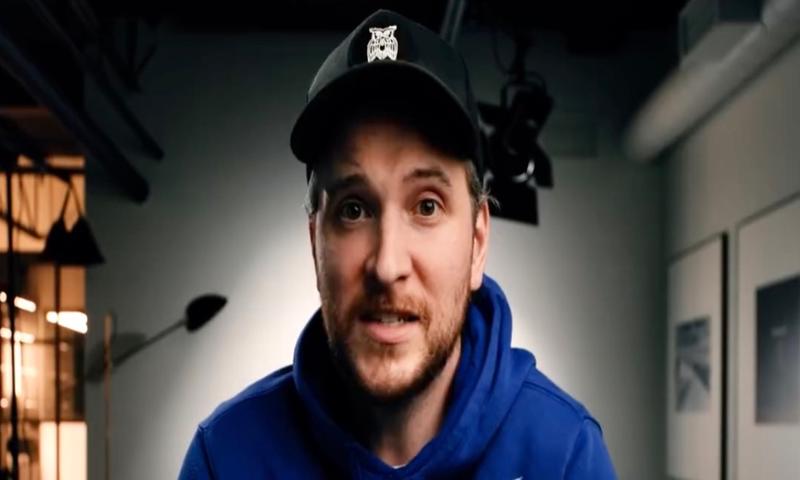 Jake walked to his coffee table and sat down with the man’s belongings strewn out in front of him. Before he searched his belongings he let out a long sigh. He was ashamed of himself, he never thought he’d do this. There really was no other option. 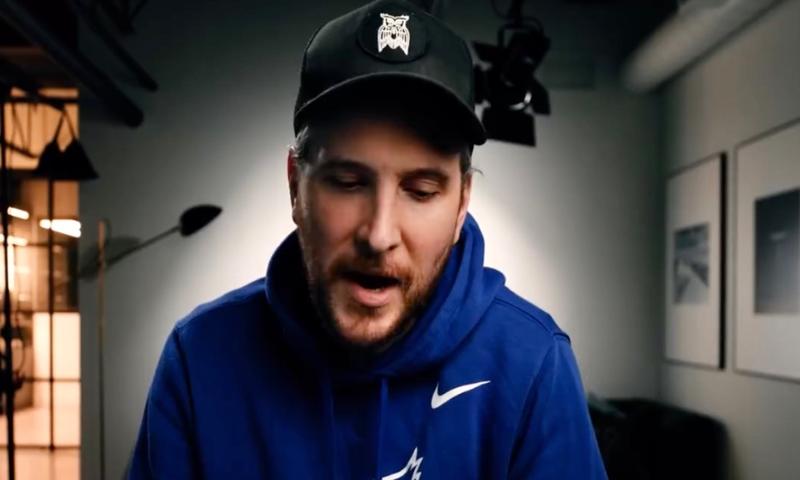 Jake tipped the wallet upside down and shook all of the belongings on to the coffee table. He looked down at the items on the wooden table and starts looking through them. Small treasures like banknotes and credit cards were found.

But then Jake saw something that wasn’t anything close to a “treasure”. He felt a lump in his throat that made it hard to swallow. What had he just gotten into? “No way,” Jake muttered to himself. He felt his heart drop like he was on a 200 ft roller coaster and his palms started to sweat. Was this a joke?

Why did the man have this in his wallet? He felt sick. He had no other option. He had to go straight to the police station.

Running To The Station 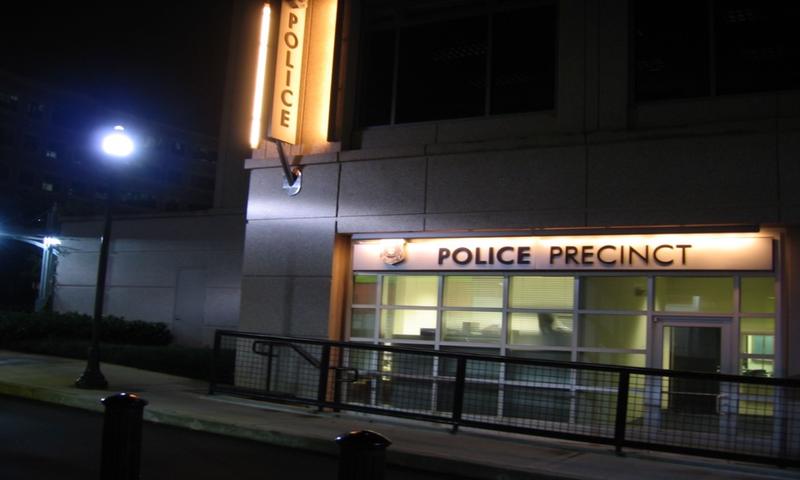 Jake left his apartment and sprinted to the police station. He had no idea what he was going to say and or how he was going to explain how he found this wallet, but surely the cops would understand when they looked inside it? They had to.

It was their responsibility to ensure people are safe.

Giving The Cops The Wallet 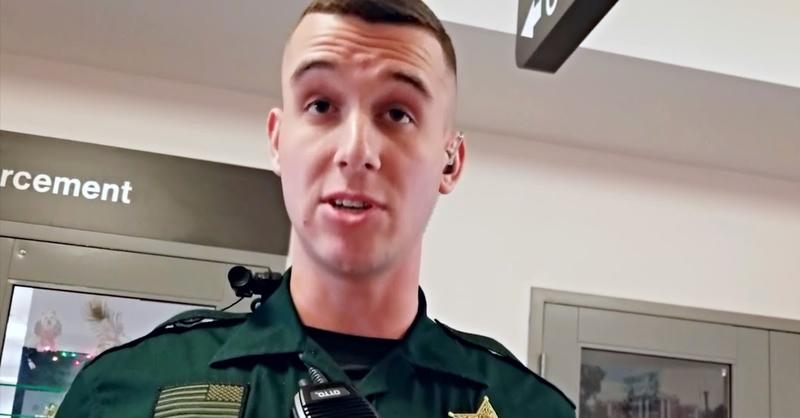 After Jake gave his statement to the cops, he felt the weight of the world was lifted off his shoulders. But as he handed over the wallet to the cops, Jake knew he was handing over his freedom; his life for the next few years. But Jake didn’t care. He had to make sure the cops saw what was inside the wallet.

And just like Jake, the cops were equally as lost for words when they looked inside the wallet.

The Truth Is Out 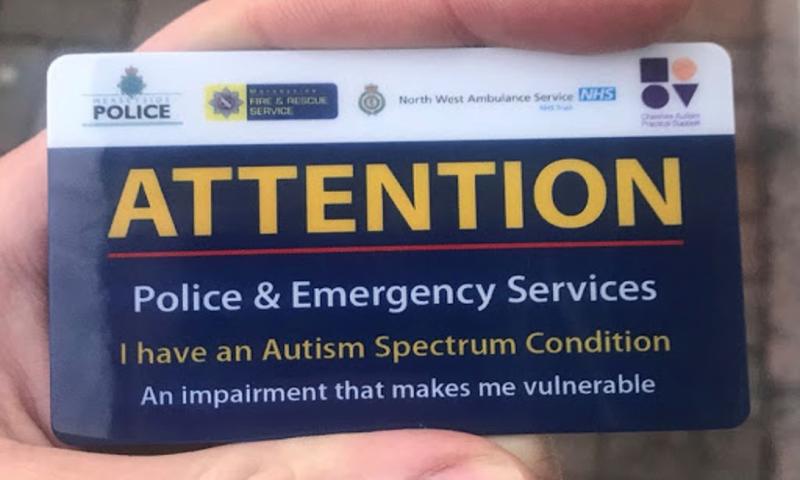 Inside was an identification card, and it revealed that the man Jake had mugged, suffers from a mild form of autism called Asperger’s. Jake felt racked with guilt as soon as he saw this card.

How could he do this to someone so vulnerable? He felt his eyes full up with tears. He knew he had to do the right thing. Jake admitted for mugging this man as the shame and guilt was too much for him. He knew he had to pay for his crime. It wasn’t like him to have done something like this, but times were hard.

A few weeks passed and Jake was sentenced to two years in prison. Despite this, the judge applauded Jake’s honesty, coming forward to admit it was him.