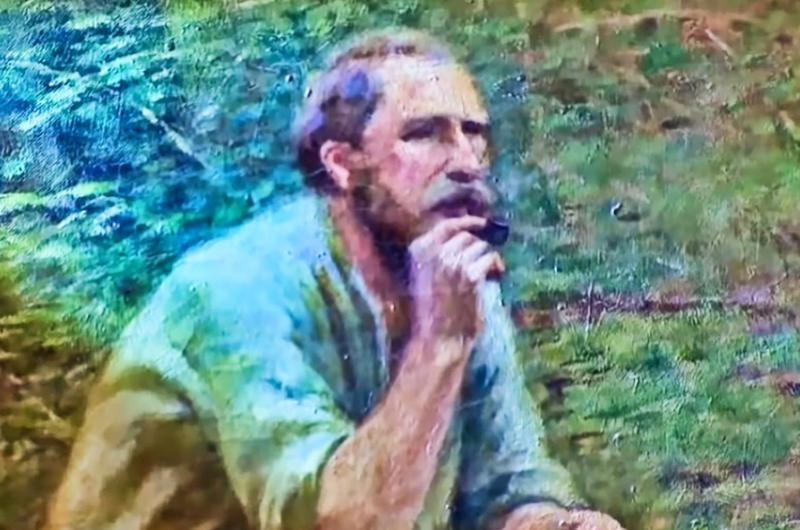 He had walked past this corridor hundreds of time, he glanced over the images, sure, but he never knew what kind of treasure was sitting right in front of him.

It just had to be discovered, he needed evidence to make sure his hunch was right. No one would believe him unless he could find proof. 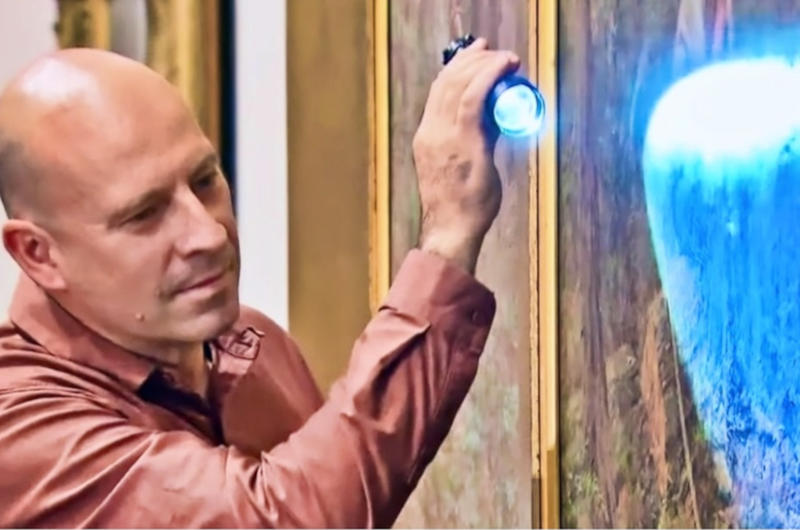 Even his wife felt that it was a home away from home for Michael. He loved his job and the special title that came with it. 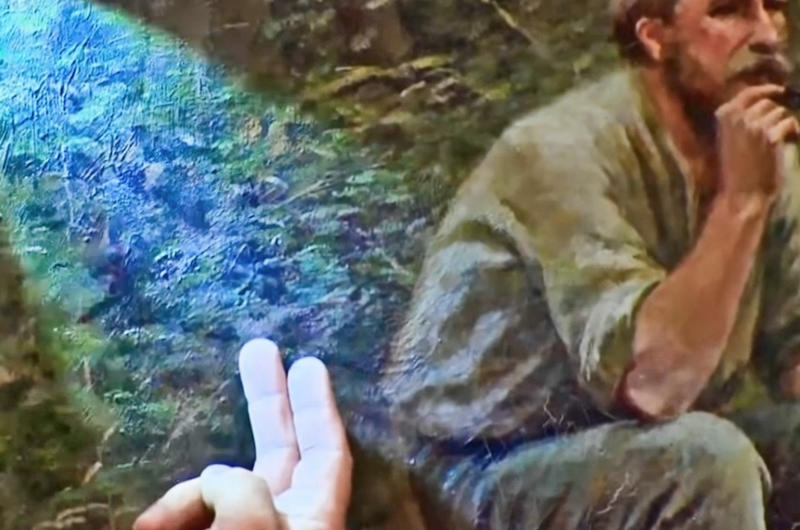 Michael was an art fanatic, he was even considered one of the most talented experts in appraisal from the second half of the 19th century.

He knew the paintings on the walls of the NGV like the back of his hand. But when lockdown came round, something happened. 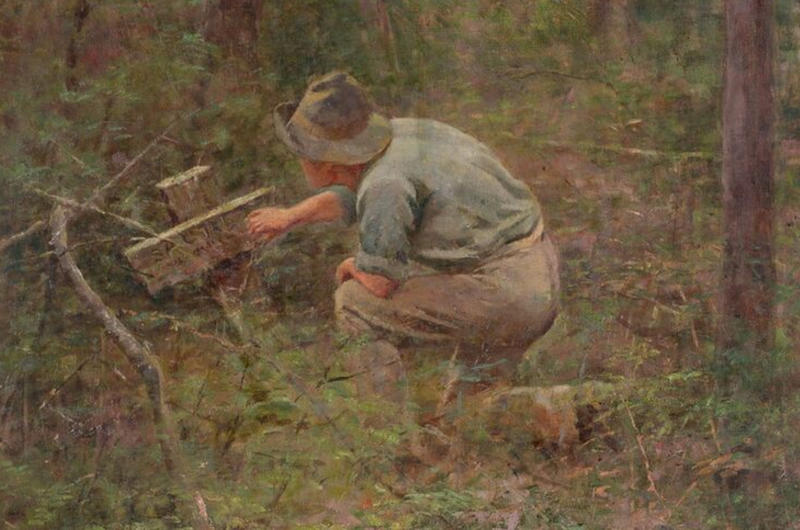 The NGV was dark and quiet for months and all Michael did was walk the halls, making sure the art was safe.

In the dark, the masterpieces looked different. Having a more eerie tone in their brush strokes. It was the Pioneer. Australian artist Frederick McCubbin created it back in 1904.

The three-panel oil painting was and impressionist masterpiece. Varcoe-Cocks had looked on its beauty countless time before, but not under the strange contrast of the flashlight. There, right in the middle panel, was an odd texture. 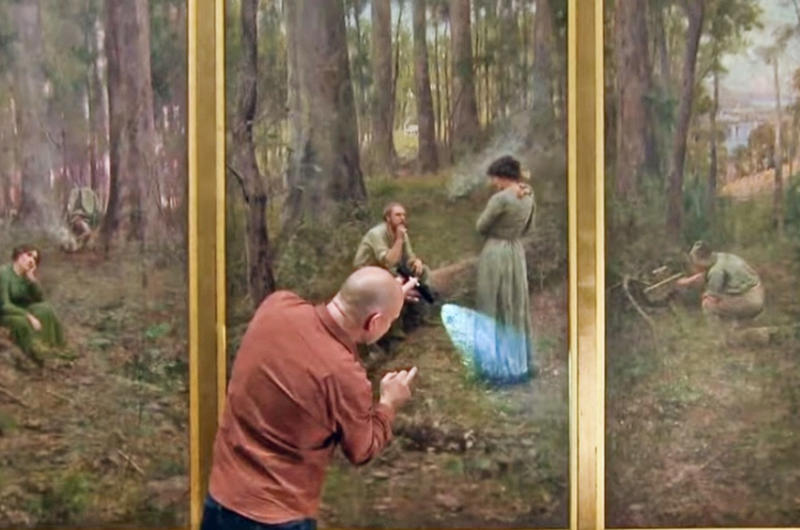 The green and brown hues, laced with faded purples, showed a husband and wife living off the land with their infant son.

But the hidden lines within the brush strokes didn’t match the panel’s subject. The other two paintings didn’t have the same inconsistencies. Varcoe-Cocks knew what he had to do. He rushed to the archives – a place he had special access to because of his role in the gallery.

There were x-rays of everything they displayed, and he quickly flipped through the files. His heart beat with frantic excitement. A discovery was at his fingertips. He could feel it. 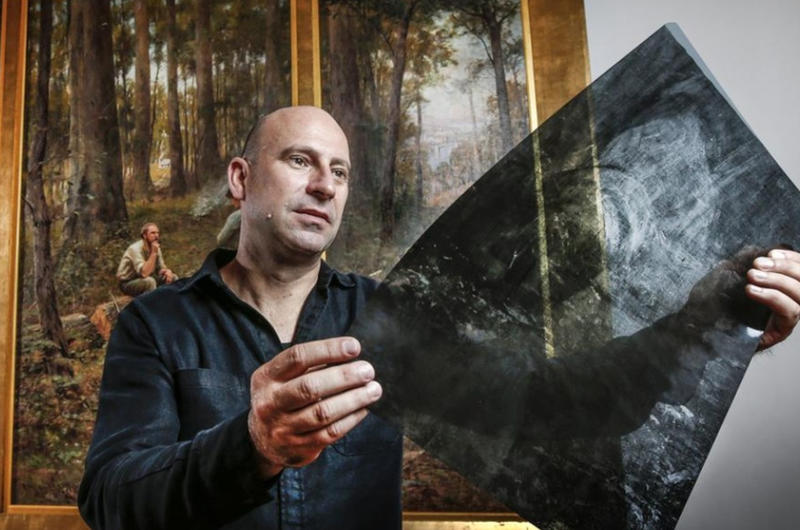 There, right in front of him, was a strange series of lines he had never noticed before. He ran his fingers over the x-ray, trying to figure out what it meant.

Something was familiar – like a memory floating just out of reach, taunting him. He grabbed a copy of McCubbin’s scrapbook. He was so close. He knew he had seen it before.

The third panel already had something special – McCubbin had repainted the far-off cityscape to an image of Melbourne so it would be easier to sell. But the second one had a new secret, begging to get out. Varcoe-Cocks turned to the next page … and there it was.

It was called “Found” – a heartbreaking painting of a bushman finding a lost girl in the forest.

It was in the scrapbook, but the original was thought to be lost for over a hundred years. The outlines matched exactly. The missing painting had been in the gallery the entire time! But why underneath? It’s not an uncommon practice for artists to reuse their canvases.

However, back then, it was far more frequent because they were more expensive, and artist couldn’t always afford fresh ones for each new painting. Even Picasso did it. Varcoe-Cocks couldn’t believe it! He also couldn’t believe the circumstances. It was a rare mix of events.

First the lockdown, then the security walk in the dark, and just happening to have a flashlight at the right angle – not to mention the expertise to know something was off. He quickly printed out a digital overlay and emailed everyone who needed to know. The find exploded across the art world. 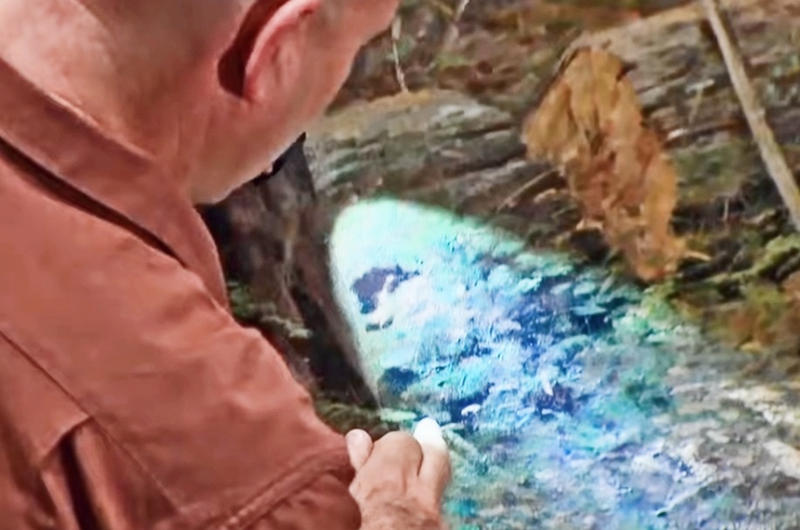 This came with some good and bad news.

First, the masterpiece received a new flood of interest from the public. This thrilled Varcoe-Cocks. He loved nothing more than to see the same excitement in guests’ eyes as when he found something amazing in the art world. The bad news? There was no way for them to recover the old masterpiece without destroying the one on top.

McCubbin had a habit of finishing the painting’s base and then wiping addition oil hues on top until he got the look he wanted. The only thing they had was the outline, texture, and scrapbook image. Still, even though Varcoe-Cocks worked in a field full of amazing discoveries, he knew how lucky he was to have been part of a new one.

Now, every time he walks by those three panels, his smile is a little wider than before.