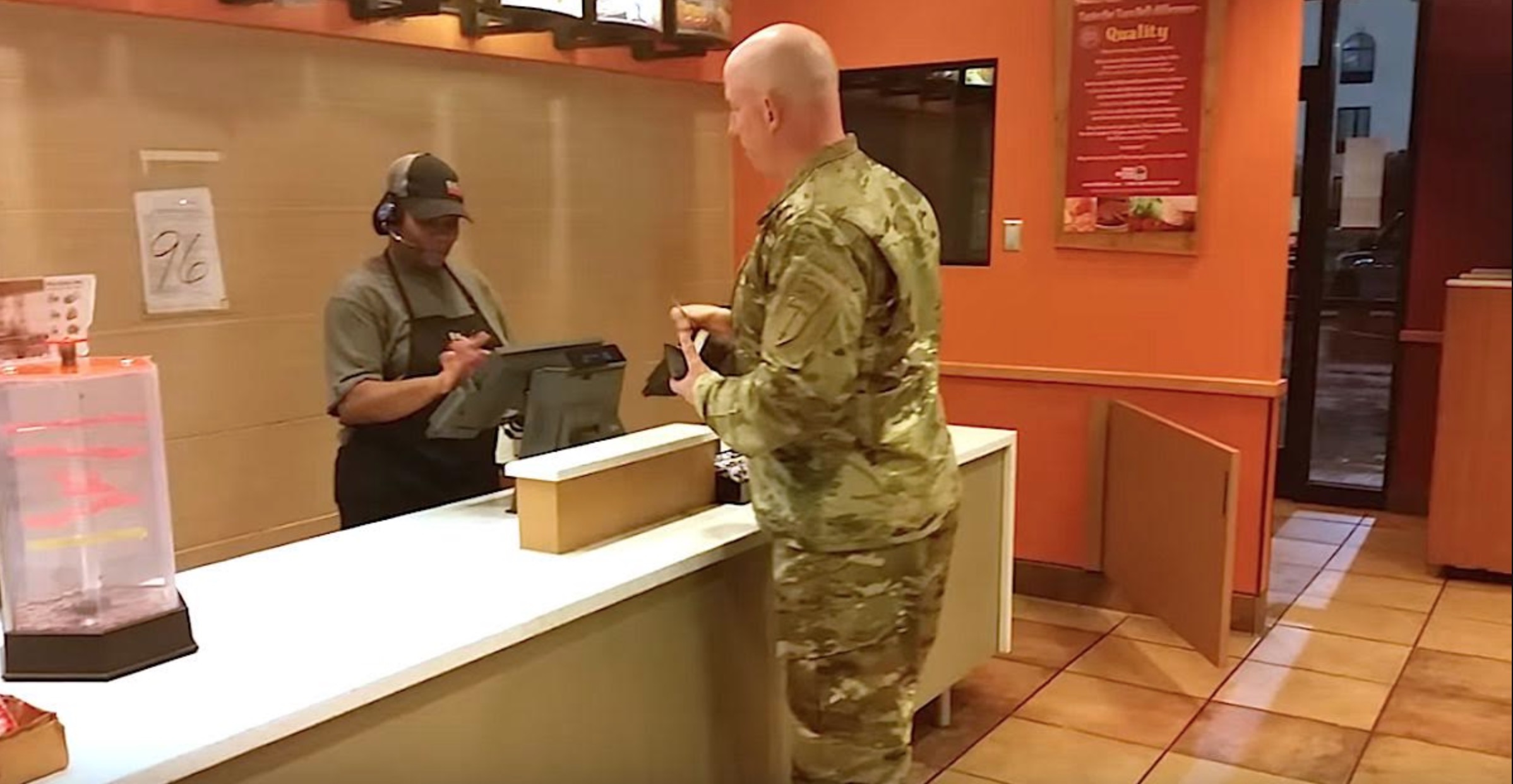 With his well-trained eyes transfixed on the door, Army Lt. Col. Robert Risdon immediately saw the two figures walk into the Taco Bell. He knew they didn’t belong, even though his eyes were heavy with fatigue. He was at the ready, and he could access the muscle memory from his Army Ranger training in an instant.

He didn’t want trouble today. He felt his muscles tighten. His eyes fixed unwaveringly on the two unfamiliar shapes. They paused… and then they were coming directly at him. 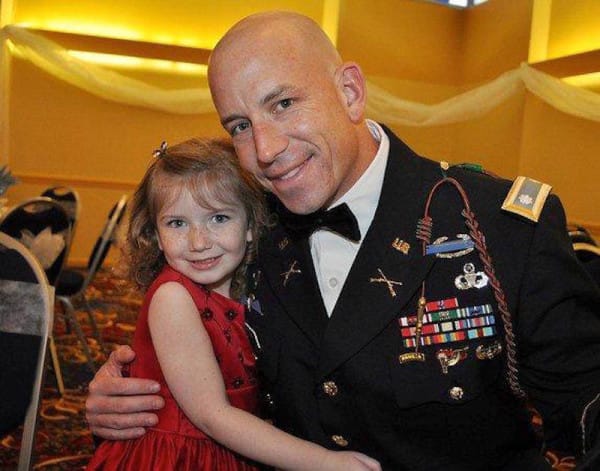 Army Lt. Col. Robert Risdon was ravenously hungry from the day’s events. He had only one thing on his mind: satisfying an overwhelming craving for tacos. He was on his way back home from the Senior Bowl, where he had made a guest appearance.

Robert had no idea that fate would deal him more than just tacos when he pulled into the Taco Bell in the quiet town of Greenville, Alabama. 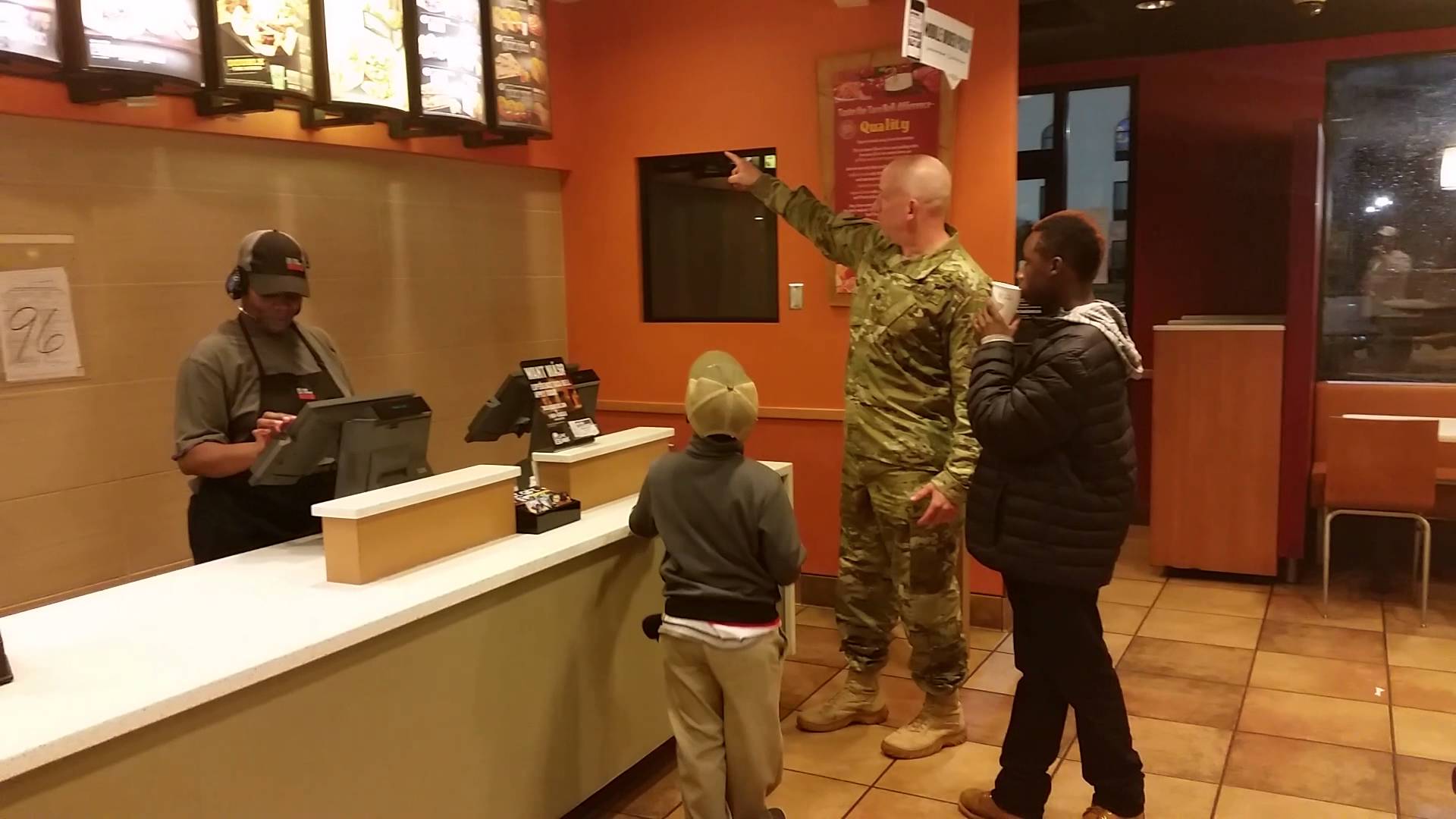 Risdon was all too familiar with hardship, and as an Army Ranger, he had experienced it firsthand. No matter the cost, Risdon was always at the ready to defend his country and anyone who needed it.

He was one of those rare people whose courage serves as a sterling example for the rest of humanity. When he acted quickly in the Taco Bell in Alabama, he never dreamed that his story would go viral around the world. 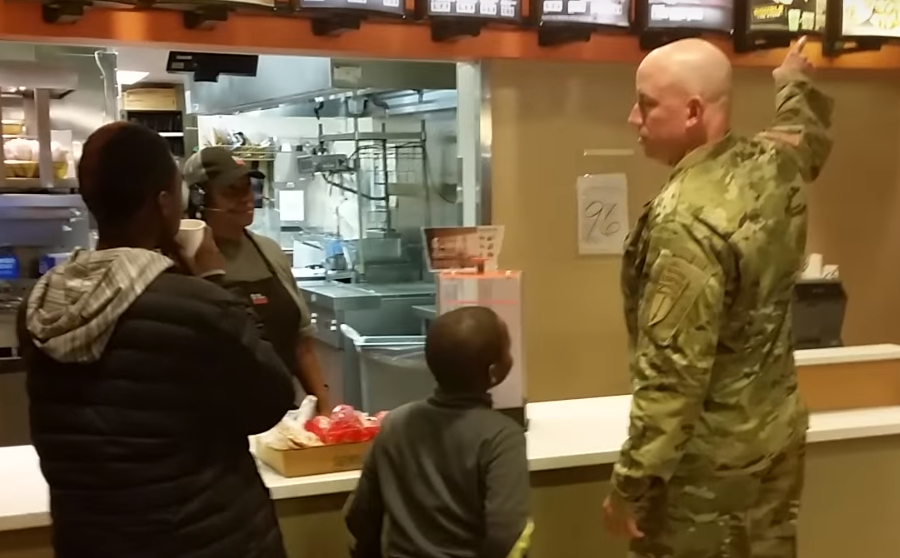 Risdon was tense and frozen when the two figures strode in. His muscles locked, and the other diners swiveled in their chairs, their forks suspended in mid-air as they struggled to get a better view of the intruders.

The steady downpour on the asphalt outside could be heard faintly, but there was a palpable silence inside the Taco Bell. Lit from behind by the light from the neon signs, the two shadows moved towards him. 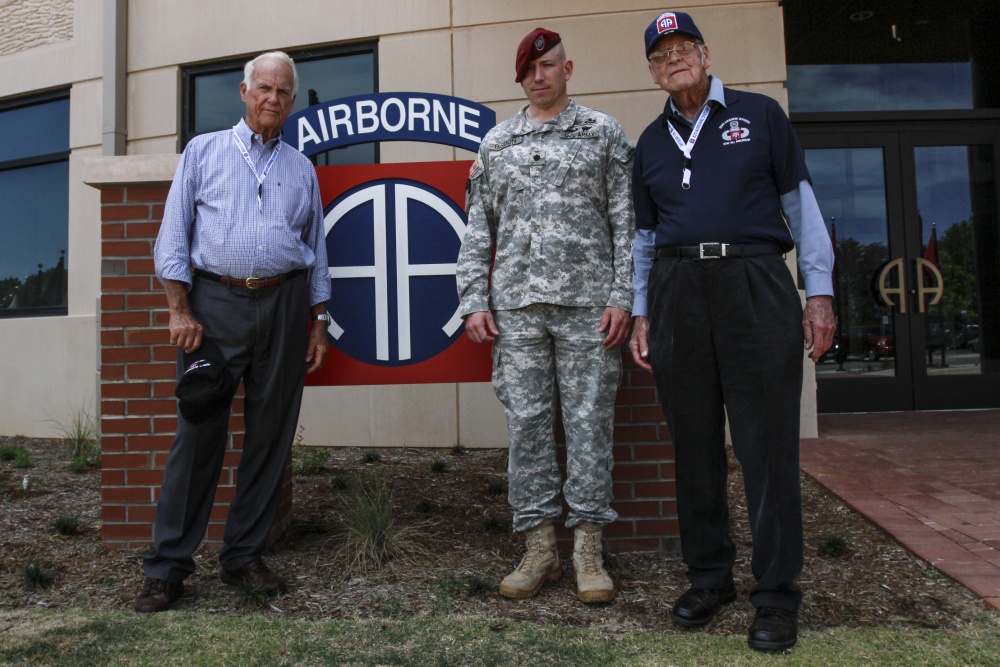 The appearance of the intruders was the first thing that Risdon noticed, and he made mental notes as he took it all in. He took in the drops of rainwater funneling off the edges of their worn clothes, and then he took stock of the larger figure of the two.

Was the intruder shaking from cold, or from fear? His eyes traveled down to his hands, which were firmly hidden in the enormous pockets of his black windbreaker. 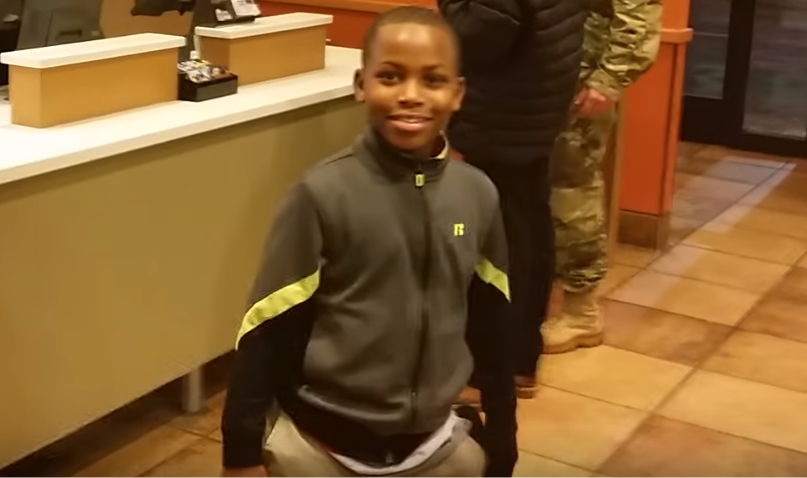 “I can’t even count the number of times I was cold, wet and hungry in the Army,” Risdon said in an interview after the video of the incident in the Greenville Taco Bell went viral.

He had been stationed in Saudi Arabia, where his spirit was tested to the limit. He was definitely no stranger to hunger or extreme cold. 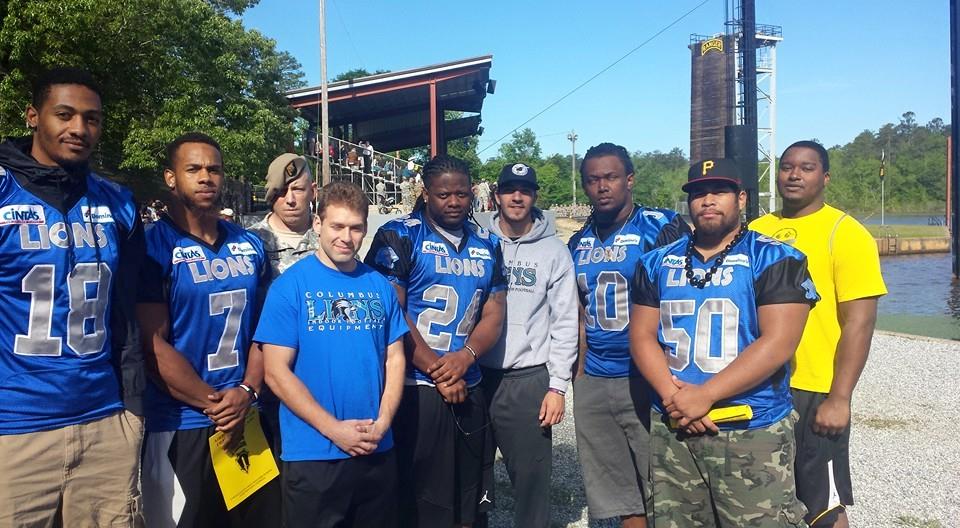 Risdon stood stock still as the two figures resolutely moved towards him. It seemed like an age before they reached him. His hands were trembling and his mind was racing.

They were now a few feet away from him. And then there it was… the question that he had suspected all along. It confirmed that they weren’t in the Taco Bell to eat. 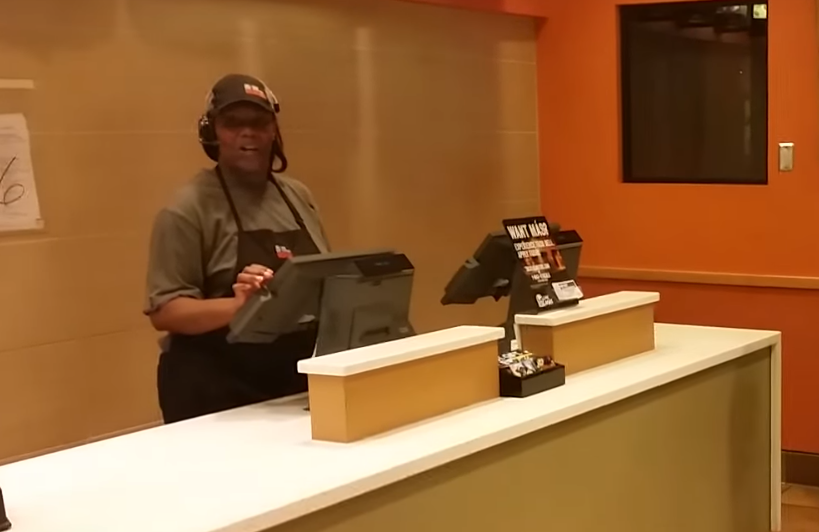 Risdon didn’t make a habit of carrying cash. Credit cards were more efficient and they were lighter. Everything Risdon did was efficient and calculated.

Cash was an unnecessary burden. He had trained in the Army, and he couldn’t afford to carry any extra weight. The two boys were brazen in their approach and pointedly asked him if he had any on him. 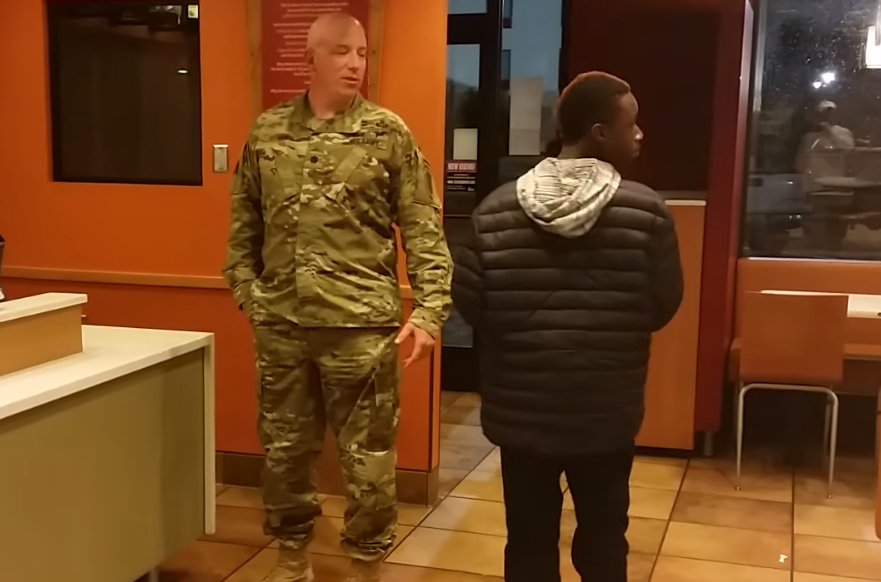 Jason Gibson, a patron that evening, witnessed and recorded the entire incident in the Taco Bell on his phone. He saw the situation unfolding in front of him, and everyone on the internet is very grateful that he did.

Risdon’s reaction to the two boys has garnered more than 39,900 shares and over 1.8 million views on social media. 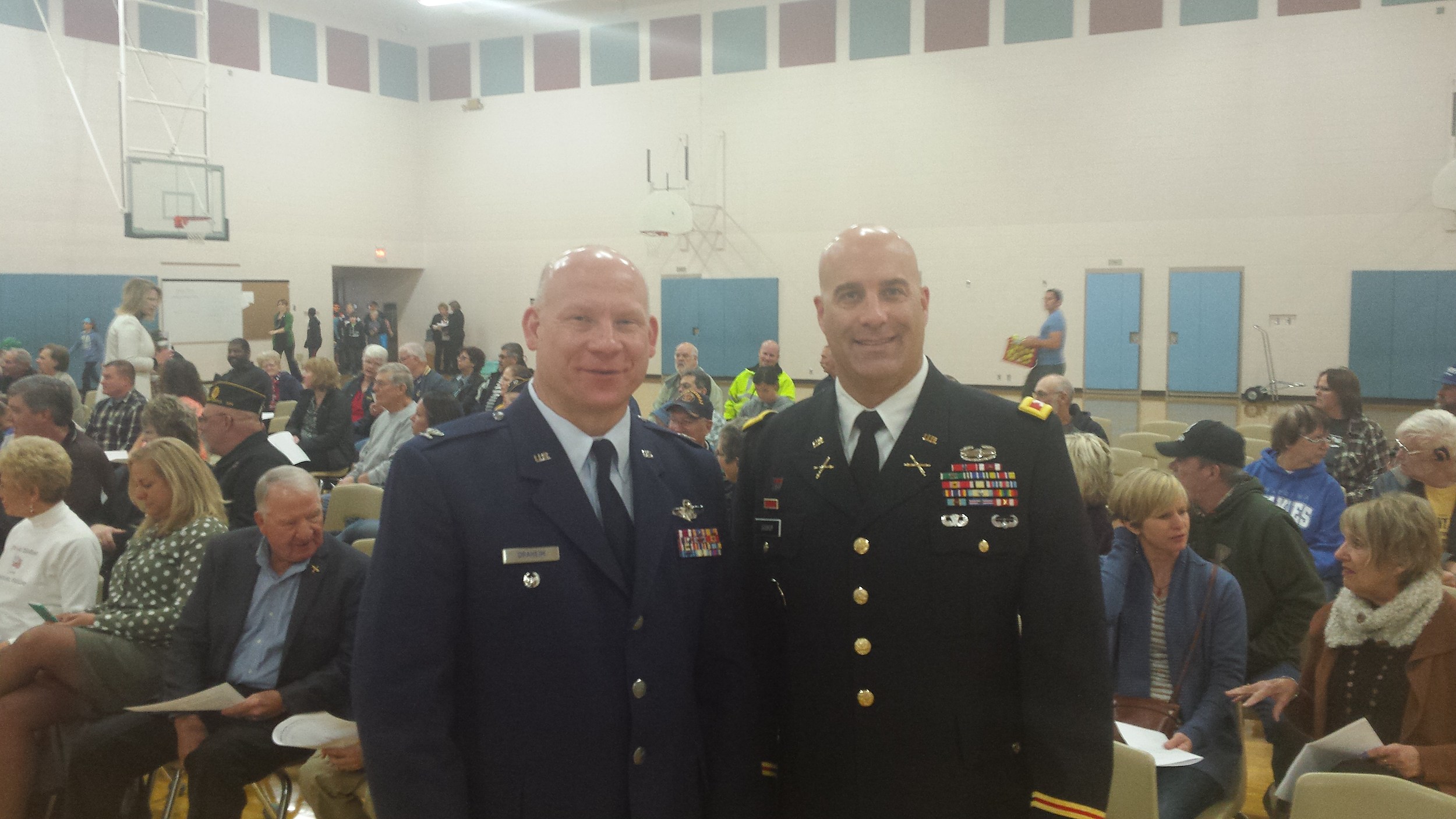 The boys’ wary eyes darted from the door to Risdon and back again… they were assessing the situation and deciding if escape was a better option. In reply to being asked if he had cash, Risdon asked them a question of his own that threw them completely off guard.

The question was: “Can you boys finish off 10 tacos?” 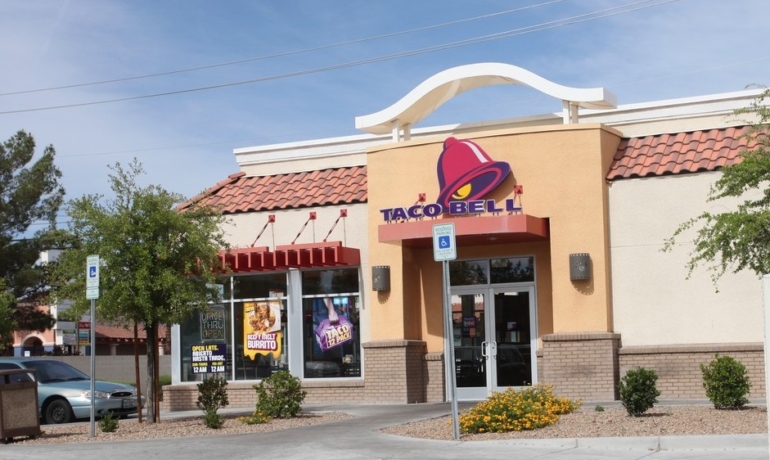 When the boys explained that they were trying to sell baked goods door to door in an attempt to raise funds for their local church, the soldier was touched that they were raising funds to assist charity and admired their persistence.

Risdon asked the boys if they had eaten, and when they replied that they hadn’t he told them that they could order whatever they wanted off the Taco Bell menu, and escorted them both to the counter. 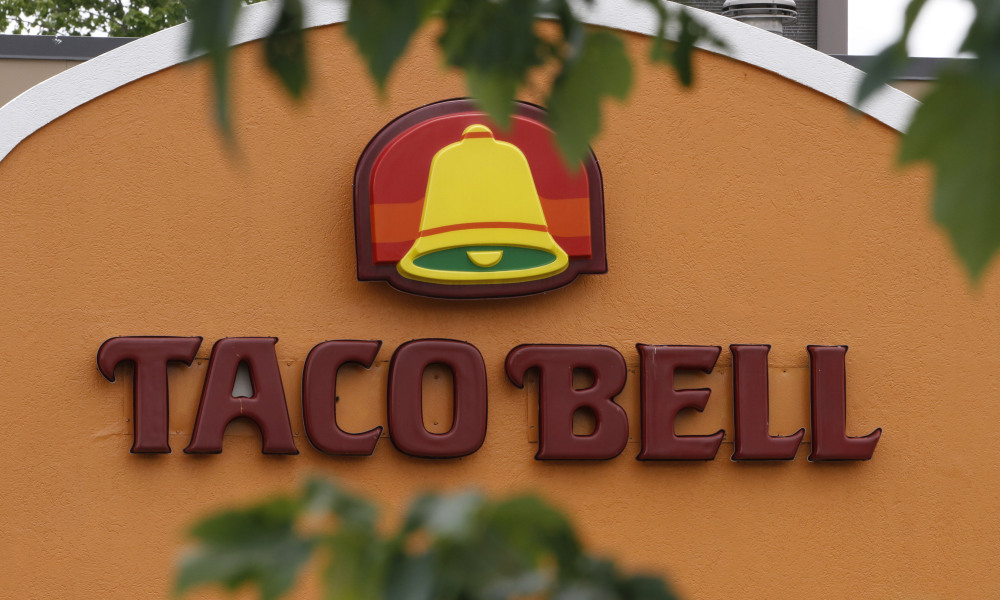 When Risdon saw the boys hungrily and gratefully devour their tacos in just a few bites, he knew he had made the right choice. Seeing the children, aged just 9 and 13, smiling with their bellies full was all the thanks he needed.

Before they went on their way, he shared a few more heartwarming moments with them.

Homage To A Soldier 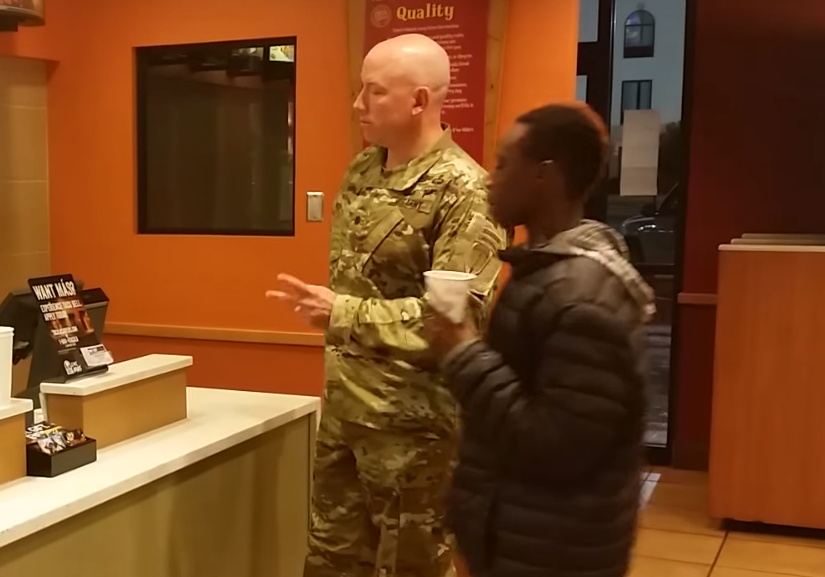 Jason Gibson witnessed the younger boy quickly starting to warm to Risdon. The boy tried to show his gratitude to the soldier by executing a clumsy salute with one hand, with his prized taco firmly gripped in the other.

Risdon corrected his posture and told him gently that he would have to part with his taco- for just a moment. 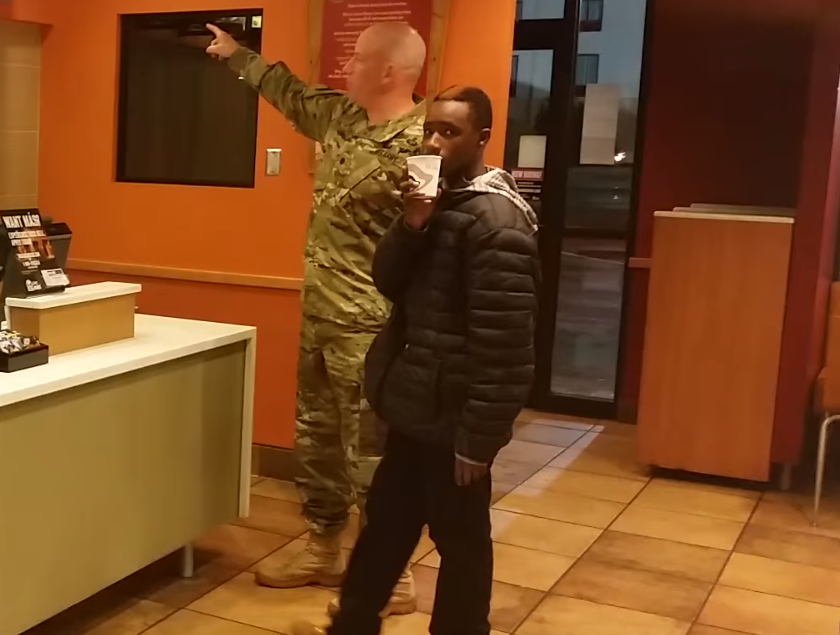 When Lt. Col. Robert Risdon was interrupted by the two boys while he was eating his dinner, he didn’t think twice about helping them. Everyone agrees that he is a true American Hero. Risdon empathized with the two poor souls when they entered Taco Bell, soaking wet from the rain and starving.

He is a father of two himself, and he knew he had to do something to make their day a little brighter.

Helping Those In Need “I’m kinda embarrassed and humbled by the praise and don’t need it… I think throughout my childhood I was around people who taught me there’s more to life than taking care of yourself,” Risdon said in reply to being asked about how he feels now that he’s a hero on social media.

Hopefully, the modest and kind attitude he displays will inspire more people to pay it forward.