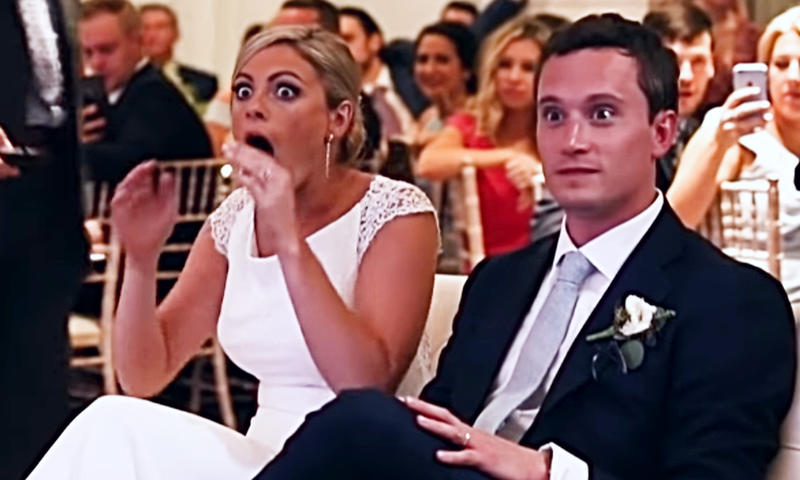 She Left Him Heartbroken

Dino felt his heart beating rapidly inside his chest. Why did she do this? How could she break his heart in such an awful way? He wanted to marry her and have kids one day, but it seemed that his dreams were crushed along with his heart. The sadness he felt soon turned to anger. He wanted to get back at her. She wouldn’t get any warning or compassion from him when he planned his scheme. She was going to get what was coming to her.

Dino worked a tough job on an oil rig. Even though rig workers don’t need a fancy education, the men that choose to work here are highly skilled. There’s one thing more important than education and that’s experience. Dino had what the company was looking for. He noticed the small details while on the job and knew what to do.

From the outside, people thought Dino had it all: a good job, a great house, and some really good friends. Dino had been lucky with his employment and his house, but he had always wanted something more. He had always had bad luck when it came to love. That would all change though.

Some people would love a chance to be with Dino. He was clever, made good money, and was responsible. He was also very humble and didn’t brag about what he had. After saving up enough, he paid for a beautiful condo in full. The only thing Dino felt he didn’t have was a girl that he could share his joy with. What Dino didn’t realize was that the next woman to come into his life would try to destroy it.

Dino’s coworkers would have a new girlfriend every shore leave. Dino respected them, but that life wasn’t for him. He wanted to find someone truly special. Dino may be a very patient person, but that doesn’t mean he’s indecisive. One day, his friends couldn’t believe it when they saw the woman holding Dino’s hand.

When Dino met this woman, he was enthralled. Andrea was a beautiful woman who looked like a movie star. She could have easily been on the cover of Vogue. Dino’s coworkers were also speechless when they saw his new girlfriend. But not for the same reason as others.

A lot of Dino’s friends were happy for him when he found Andrea. Others had their suspicions. One friend in particular named Josh thought she was the most selfish, attention-seeking woman he’d ever seen. Dino couldn’t have known this at the time, he couldn’t see the future. But warning signs soon started appearing.

Sometimes, Andrea’s self-centered side would show. She explained that it was due to a bad childhood including parental divorce. Dino was trusting and understanding, so he dismissed her behavior. Andrea was very excited to move into Dino’s apartment. In the beginning, their relationship couldn’t have been better. But while he was out on the oil rig he had a funny feeling.

Dino started getting bank statements he couldn’t explain. Andrea had his card so she could get the necessities while he was at work. But the grocery bill exceeded $300! And another $200 just a few days later. She couldn’t have been eating through $500 in just a few days. She must have been getting cash-backs from the store and pocketing them. Dino had a very bad feeling.

Needed To Know The Truth

Dino had suspicions now. Her behavior made him feel like she might have been unfaithful. With his money and his condo, she could easily cheat on him while he was away. With the high likelihood of Andrea cheating on him, Dino decided to come up with a plan. He came home early to find something shocking. That’s when things got worse.

Andrea didn’t expect him home for a couple more days, so when Dino entered his house – that he worked very hard for – he caught her completely by surprise. For Dino, it confirmed the worst suspicions he had of the woman he once thought was “the one.”

His Heart Broke Into A Million Pieces

Dino could feel his heart crumble into a million pieces as he walked into his bedroom. The woman he wanted to marry and grow old with, was indeed cheating on him. But Dino kept his cool. He didn’t lose his temper, he just told the guy to get out. He then told Andrea to get out too. He handed her the key to a hotel room, $50 for cab fare, and told her to leave. But Andrea wasn’t leaving.

Removing Her From The House

Andrea kept screaming, crying, apologizing… Proclaiming her love for him in one breath, and cursing him with the next. This ended up with Dino telling his security guard to call the cops. Andrea wasn’t on the lease, so once the police arrived and verified who owned the home, they removed her. That should have been the end of it, but Andrea was vindictive.

Dino had taken away a lot of the comforts Andrea had become used to. His cash, his card, and his home. Andrea had to face the music: Dino wasn’t going to provide for her any longer. He took all of Andrea’s things and had them placed in a storage unit. But Andrea wasn’t going to just sit around and be snubbed in that manner. She wasn’t going to let him leave her in the dark. She was going to hit Dino where it hurts.

Not What He Wanted To Find

Dino’s pride and joy – aside from his condo – was his white Chevy Monte Carlo. Several weeks after the breakup, Dino returned home from another stint at the oil rig. Instead of finding his car in tip-top condition, he found something much worse. Four flat tires, a smashed windshield, and a can of red paint had been poured over it! All of Dino’s friends wondered who would do such a thing. But Dino knew the answer.

He Won’t Forgive Or Forget

Andrea had just done something that Dino would never be able to forgive. While most men would hit back where it hurts immediately, Dino decided to be patient. He knew that the perfect time to strike wasn’t now. Dino returned to his routine as if nothing had ever happened. But he hadn’t forgiven or forgotten what Andrea had done to him. Soon, he would find an opening, somewhere to strike back at his ex-girlfriend — and he would do it hard.

Plotting His Plan For Revenge

Dino would never forget what she did, so when he learned that she was getting married, he started plotting. He learned of the engagement through a friend of his, Nancy. Her sister, Cathy, happens to be very good friends with Andrea, but Nancy knew the real Andrea and passed the information on to Dino. She would become a co-conspirator along with him, and together they made sure that what was supposed to be the best day of Andrea’s life was the worst.

Thankfully, Nancy knew exactly what type of person Andrea was. When she received the invitation to the wedding, the first thing she thought about was how Andrea had betrayed her good friend, Dino. She took advantage of the fact that he had property and made good money, mooching off him as she messed around with other men. Dino started off with an anonymous letter to Andrea.

About a month before the wedding, Dino sent an anonymous letter in the mail. In the envelope was a picture of Monte Carlo, a wedding dress, and a ketchup packet. There was a single sheet of paper too, with three words: “Red on White.” If Andrea had thought Dino would just turn the other cheek, she was mistaken. He hadn’t forgotten what she had done to his heart and his car, and neither had she. He was going to get his revenge, and with this mysterious message, she knew it was coming.

The note was enough to make Andrea worry about her pure white wedding dress. Nancy had given Dino a little piece of information that she had heard from her sister: the name of the store where Andrea was getting her dress. Dino went to the store and asked the guy if he “wants to make an easy hundred bucks.” All he had to do was call Andrea and tell her that they need her to come to the shop and choose the red-lace trim for her gown.

“Andrea showed up 20 minutes later, freaking out and demanding to know what this was about,” Dino’s friend continued. The guy said he got a call from her fiancé and ordered the red lace for the dress. Andrea knew that it wasn’t the fiancé, but she had a pretty good idea of who was behind the sabotage. She was freaking out with good reason; his staining her white dress red wasn’t a matter of “if” to her, but rather a matter of “when.” She was spooked.

With the wedding soon approaching, bride-to-be Andrea was freaking out. Dino waited until there were just a couple of weeks left until the big day. Nancy slipped up and told her sister that a friend of Dino’s worked at the company hired to cater the food for Andrea’s wedding. Andrea flipped out as soon as she heard this. She immediately deleted the pasta dishes and had tomatoes removed from the salads in fear that Dino’s non-existent buddy might dump a plate on her. This wasn’t where it would end, though.

Dino had about 30 different red lipsticks sent to Andrea’s house from a variety of Amazon sellers, all paid from prepaid credit cards. She wasn’t able to trace them, but she knew it was him. Dino then had a red Sharpie placed under her windshield wipers for her to find one fine morning. By the time of the wedding, she was a complete wreck, expecting to be sprayed with red paint at every turn. It was supposed to be the happiest day of her life.

In reality, it was in Dino’s interest for the wedding to be really enjoyable for all of Andrea’s guests, just not her. At the wedding reception, Andrea was a basket case. She demanded that all the red flowers be removed from the centerpieces on all the tables.

She refused to get within 10 feet of anyone holding a red drink. She spent more time and attention looking for the ambush she was certain was coming, and Dino didn’t even do a thing.

Got What She Deserved

Nancy witnessed everything. He’d turned her into Bridezilla, and Nancy kept him updated with a running commentary as the night progressed. Right in front of all her family and friends, Andrea exposed herself to be an erratic and paranoid person that was demanding everyone bend over backward every time there was a problem. In the end, the only thing stained was her reputation.