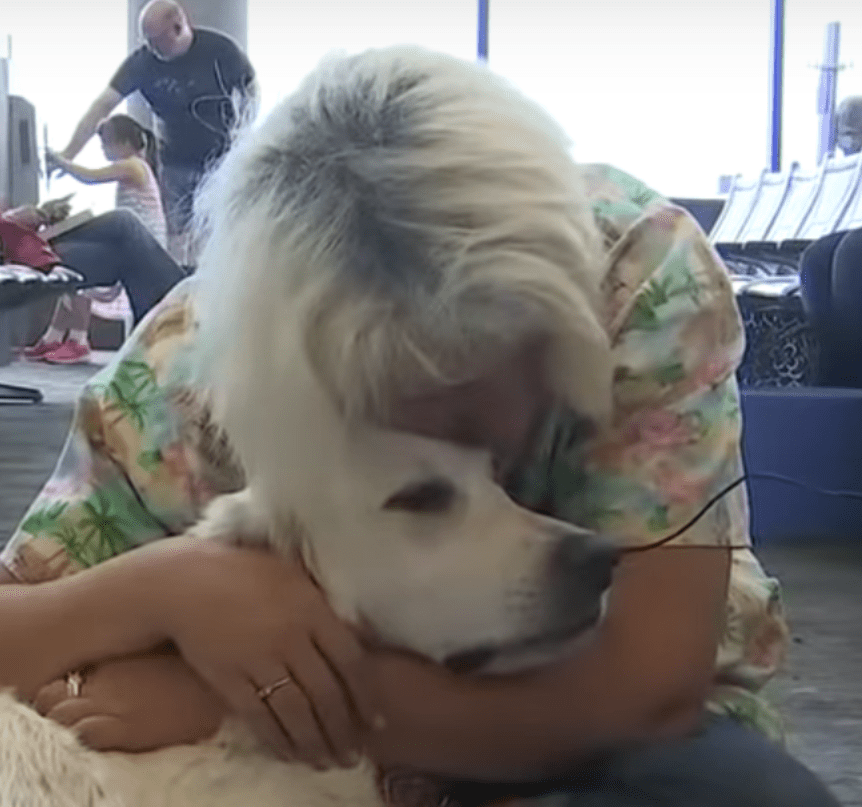 Service dogs play a major part in some people’s lives, with each dog being trained in skills specific to the handler’s disability.

When a yellow Labrador retriever started trembling at the Tampa International Airport, people got a show they never expected. 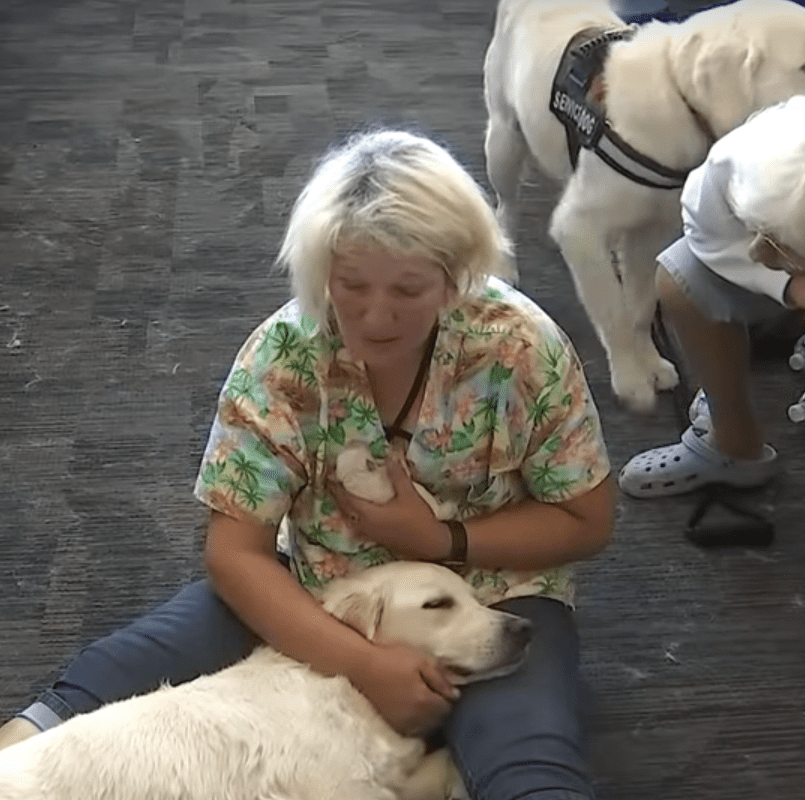 People were very excited to see the retriever make its way through the gates and security at the airport, however, that’s when the dog named Eleanor Rigby stopped and suddenly couldn’t go any further, she lay down. 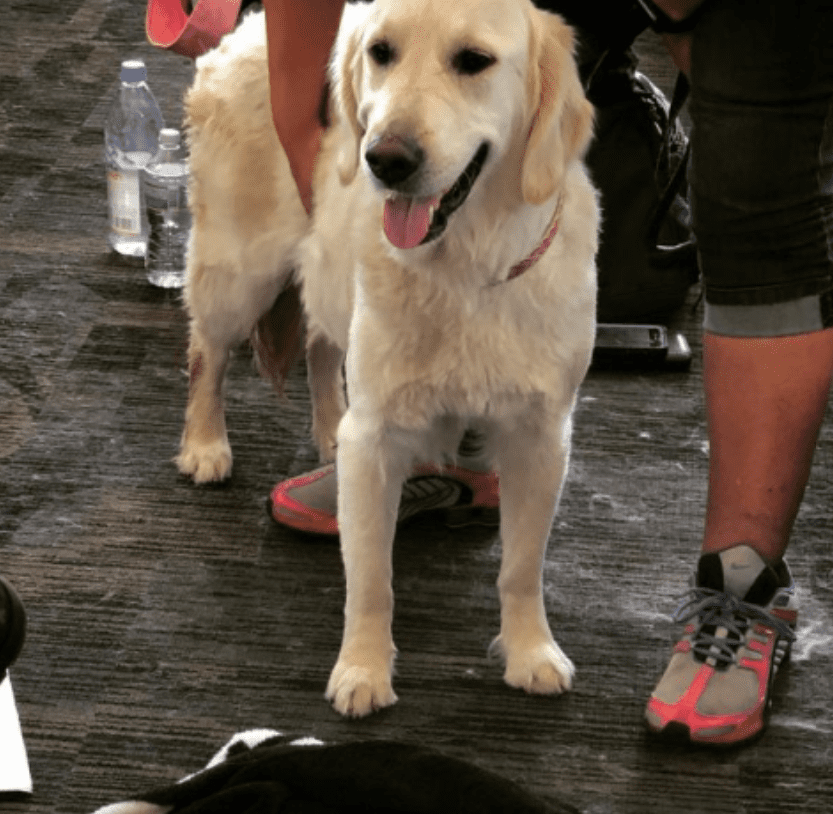 Eleanor wasn’t ill, nothing dangerous was about to happen and the owner wasn’t in trouble. What was about to unfold in the airport was something miraculous.

What was it that was happening to Eleanor? 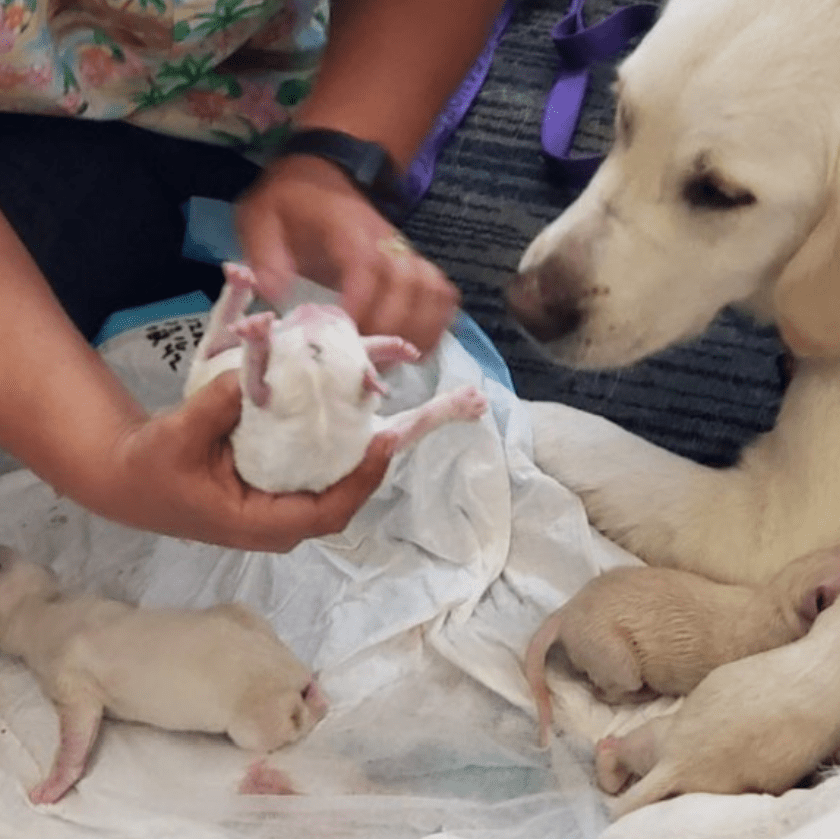 Eleanor was going into labor. They knew she was pregnant, but the owner didn’t expect her to go into labor until they had reached their destination, Philadelphia.

Would they still catch the flight? 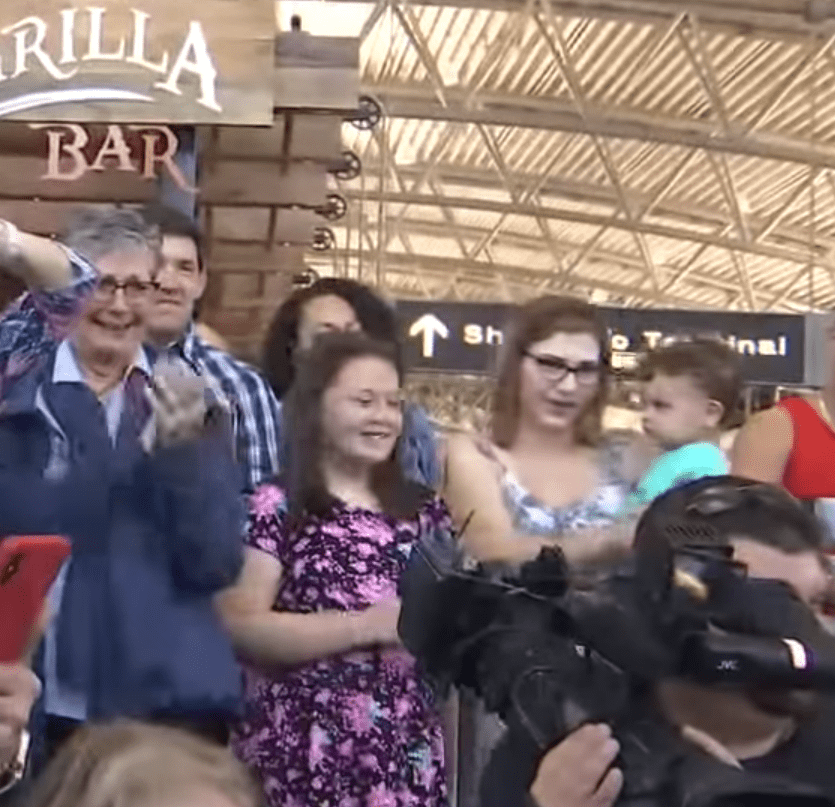 The entire airport took notice of the scene, people put away their phones and watched as the miracle of birth unfolded before them.

Nature had called and Eleanor had no choice but to let nature take its course. Another important figure was to be present at birth. 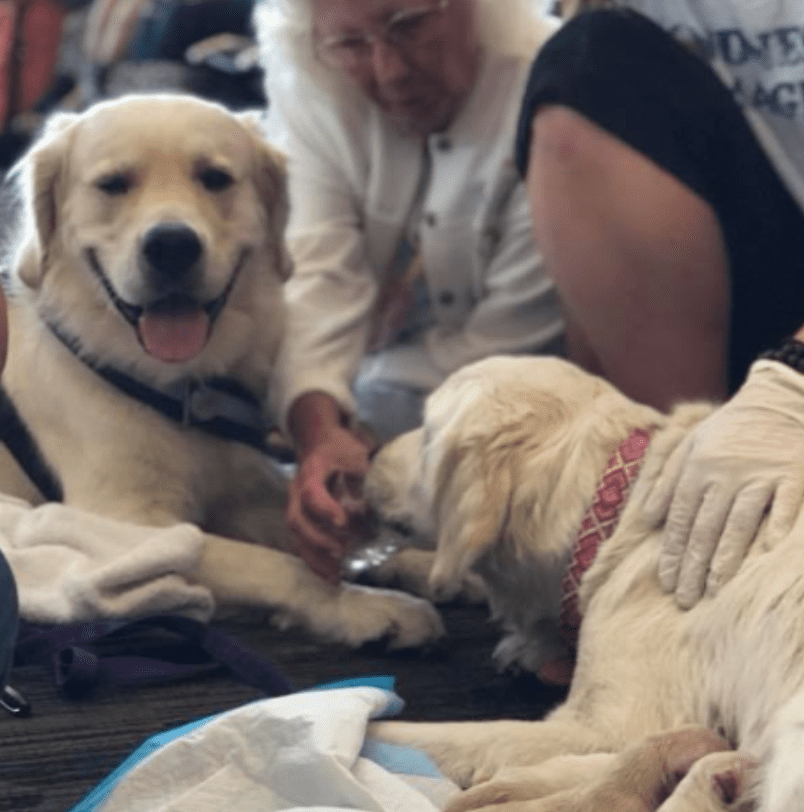 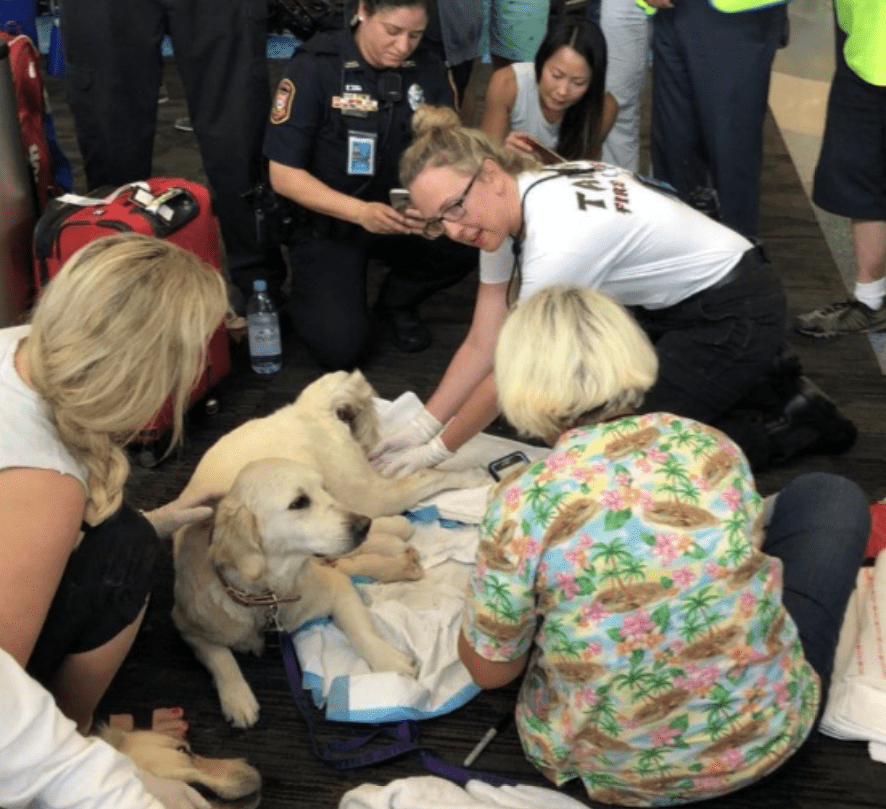 As the puppies made their way into the world, Fire and Rescue were there to assist in the birth. They helped so much that a tribute would be made to their efforts in the assisting of Eleanor.

What was this tribute? 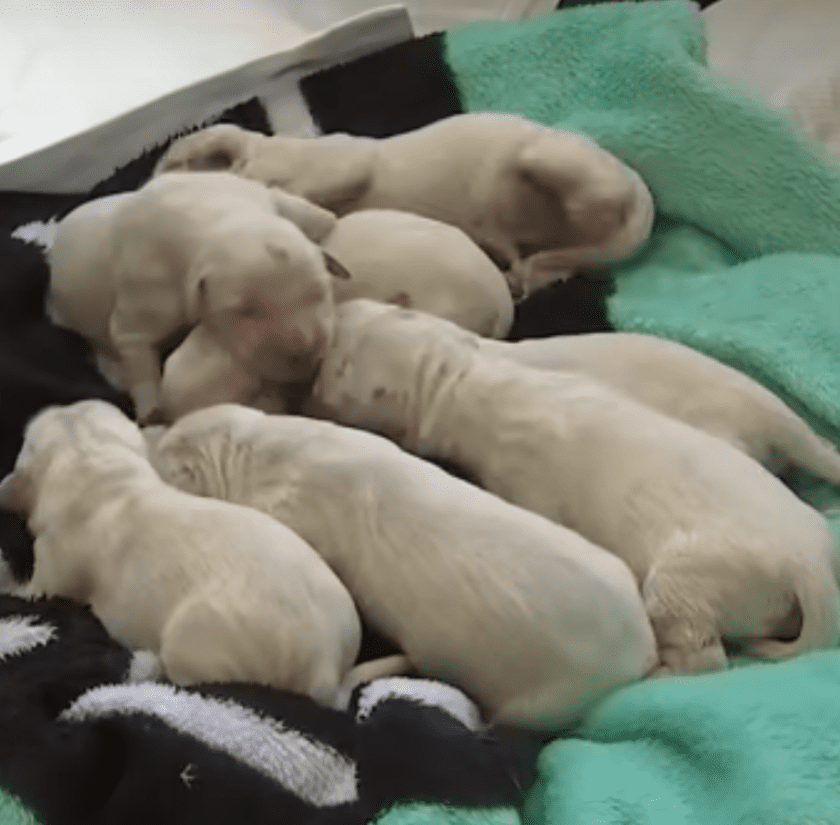 Diane Van Atter, who’s the owner of Eleanor and Golden Nugget, would name the 8 puppies after the emergency services personal that assisted in the birth of the six girls and single boy puppy.

Although the happy family missed their flight, they made their way home to Philadelphia on time.