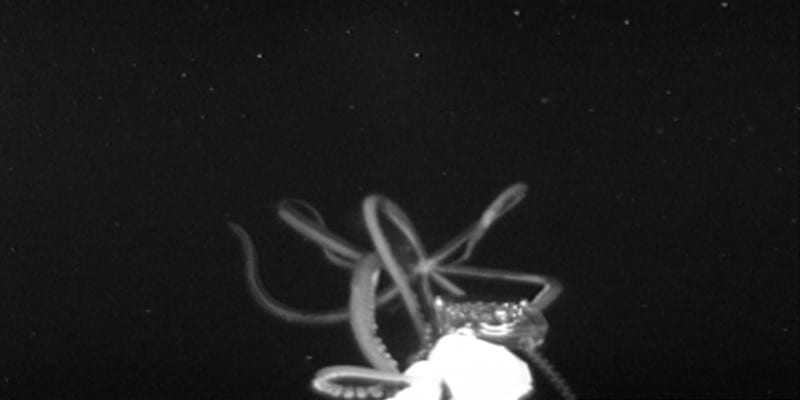 Nathan Robinson couldn’t believe it. Was this really happening? Currently onboard the Research Vessel Point Sur — a craft that’s cruising through the Gulf of Mexico — Nathan’s not admiring the tranquil and idyllic surroundings or talking to colleagues. Instead, he’s immersed in a video feed from a deep-sea camera. Eyes fixated on the footage before him, he lets out a gasp as he watches it. Thick tentacles wrap the frame and lash towards the camera. Nathan’s mouth drops. He didn’t recognize this creature—and with qualifications in both biological sciences and marine biology, he really should.

Then, suddenly, a bang hits the ship and a feeling of uncertainty creeps upon Nathan.

Setting Off On A Mission 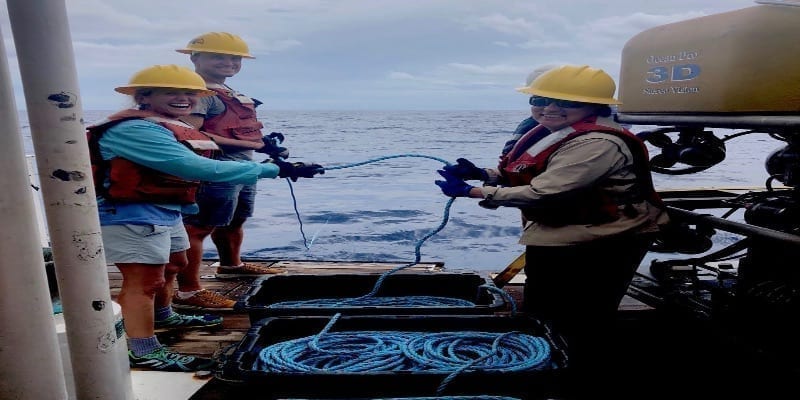 Scientist Nathan Robinson has been passionate about all things sea life. So he and a number of other scientists embarked upon a mission in search of creatures of the deep. The scientists used a deep-sea camera called the Medusa to document the animals’ movements beneath the surface.

And so, as they set off eager to seek out the mystifying creatures of the deep, they had no idea what was in store for them. 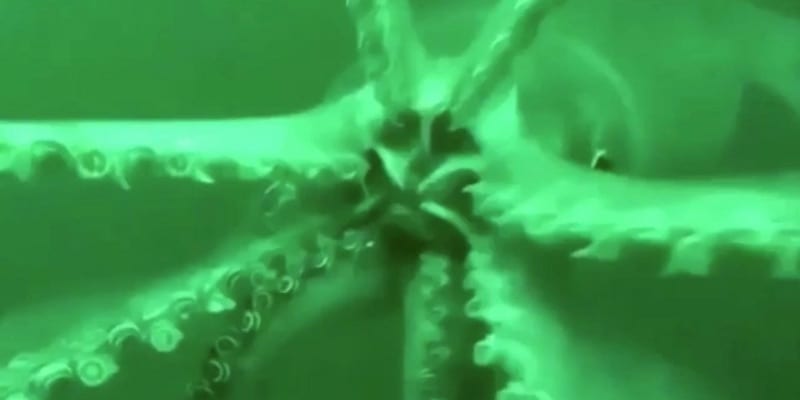 Once the Medusa captured video footage from beneath the surface, Nathan was tasked with reviewing the results. As he sat and pressed play on the footage, everything looked normal at first; it was seemingly a standard recording with a few recognizable creatures passing by.

But then, suddenly, Nathan sees something—and it’s coming towards the camera.

What Was This Creature? 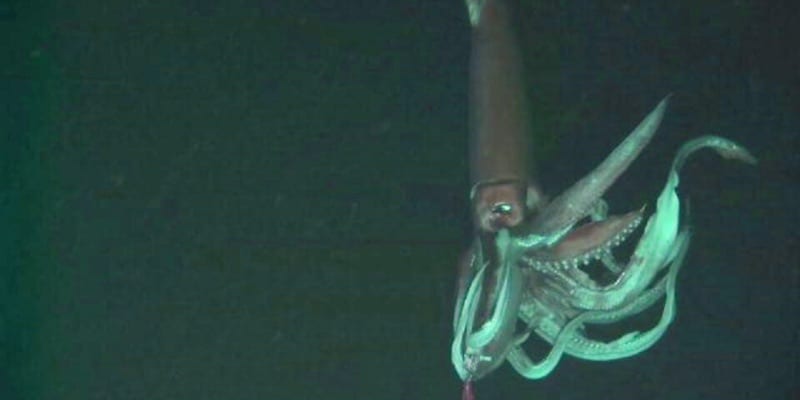 Nathan lets out a gasp as a number of tentacles slither into the video. They were flinging themselves at the Medusa and circling on camera for a brief time before slowly retreating back into the darkness. Nathan couldn’t believe it!

As soon as the creature slithered away, Nathan knew he had to tell the rest of his team on board the ship. 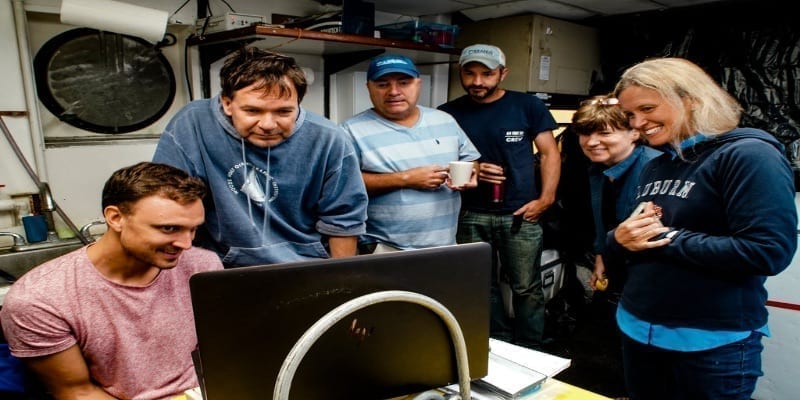 The team knew immediately that it was a squid. It was also absolutely massive, but as it kept moving around, it was impossible to tell exactly how big. It seemed to be at least three to 3.7 meters (ten to 12 feet) long. The team was 70 percent sure it was a juvenile giant squid, but they couldn’t go any further.

They needed one of the best squid experts in the world: Michael Vecchione. 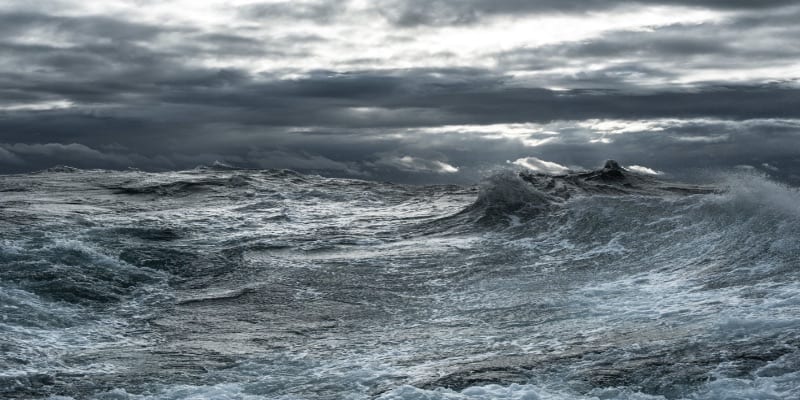 As the scientists reveled in excitement at their discovery, suddenly their excitement gave way to panic. Waves crashed into the ship and knocked the scientists off their feet. A storm had rolled in and the Point Sur was hit by a bolt of lighting — with the Medusa close by.

Thankfully for everyone concerned, though, the equipment didn’t get damaged, and the footage survived.

Calling Up The Expert 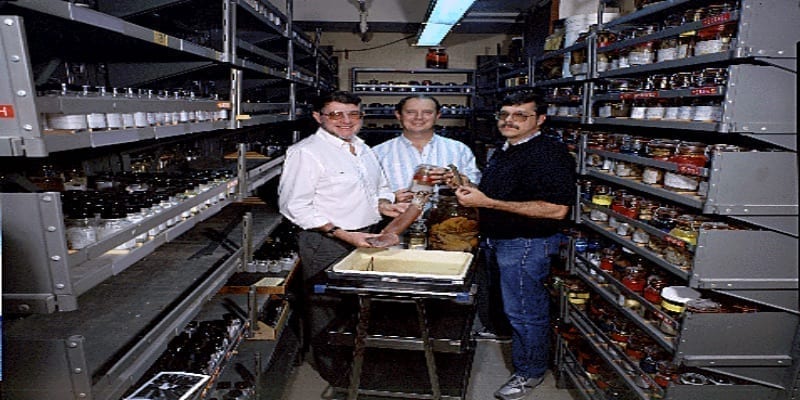 Eventually, those on board the ship regained their sense of calm and attempted to contact Vecchione over the internet. Once they managed to reach him, despite a few connection problems, they sent over the Medusa’s footage.

Then, following another wait, the team got in touch with him via the phone to hear his thoughts on the video. 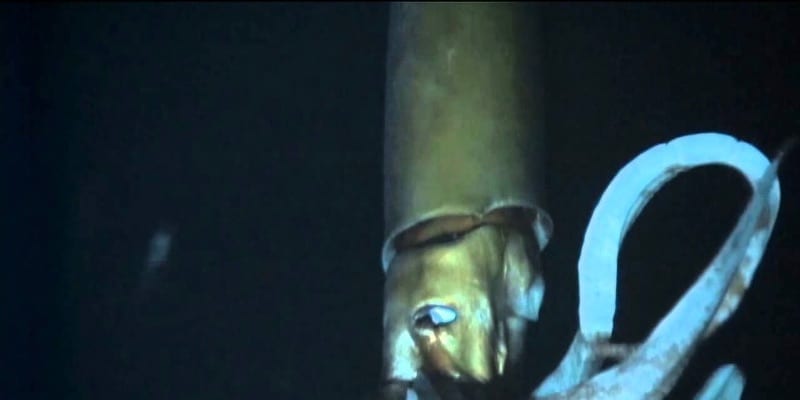 The expert himself had written back to say he was nearly certain that it was a giant squid, which is just what the team had hoped for! The team cheered with excitement and raised a glass in honor of their discovery. Bursting with happiness, the team stayed up all night discussing how to report it.

They had captured truly extraordinary, something that had never been sighted in US waters before. 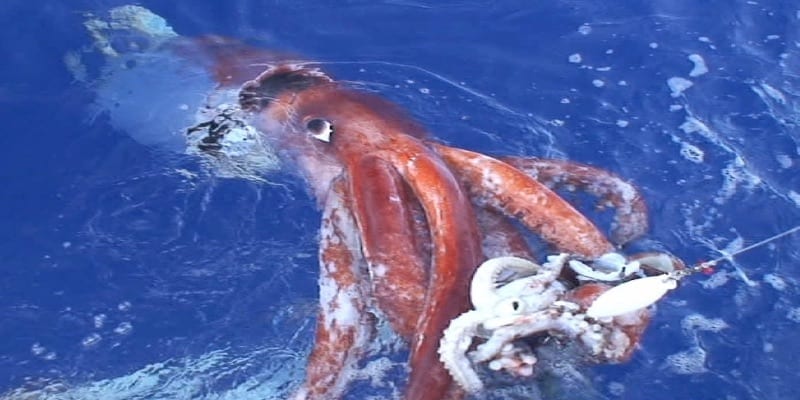 This massive aquatic animal has long been a mysterious presence in the ocean – earning a mythical reputation in the past. The first photograph of a living giant squid was taken in 2004 by a couple of marine biologists in Japan, but apart from that the only photos that existed prior were of bodies that had washed ashore.

It only took another eight years for a breakthrough moment. 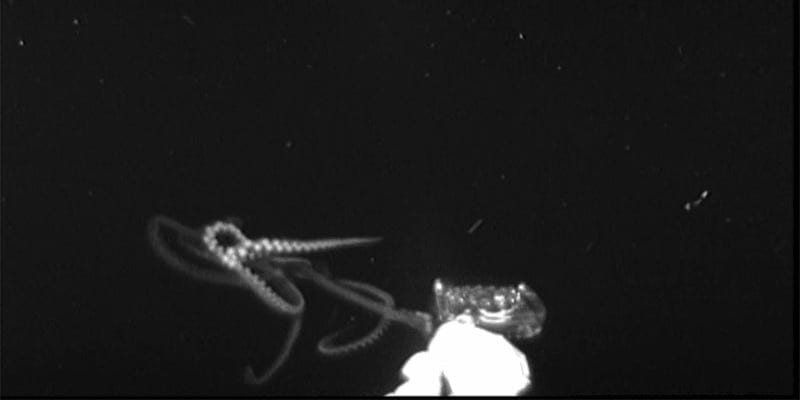 After the footage was captured, it was posted on YouTube and the brief clip has since earned nearly two million views with more than 5,000 shares and likes! People all around the world clicked and watched the video, flocking to catch sight of the giant squid.

But for Nathan and his team, this was not the end for them. While Nathan and his group once described the giant squid as a terrifying beast, they ensured they made one thing clear in their conclusions — they did not find a terrifying beast. Instead, they concluded that, if the video shows anything, it’s of the animal character — it shows an animal surprise by its mistake and backing off.

This squid is no monster.

You Could Be Next Wow, what a story! It’s pretty incredible to think that these huge and mystical animals are roaming the surface beneath us. And it’s thanks to the amazing and unexpected discovery of them, that has helped scientists worldwide uncover more information about the elusive creatures that are giant squids. It just goes to show, you never what you might discover. And who knows? Maybe you could be next.