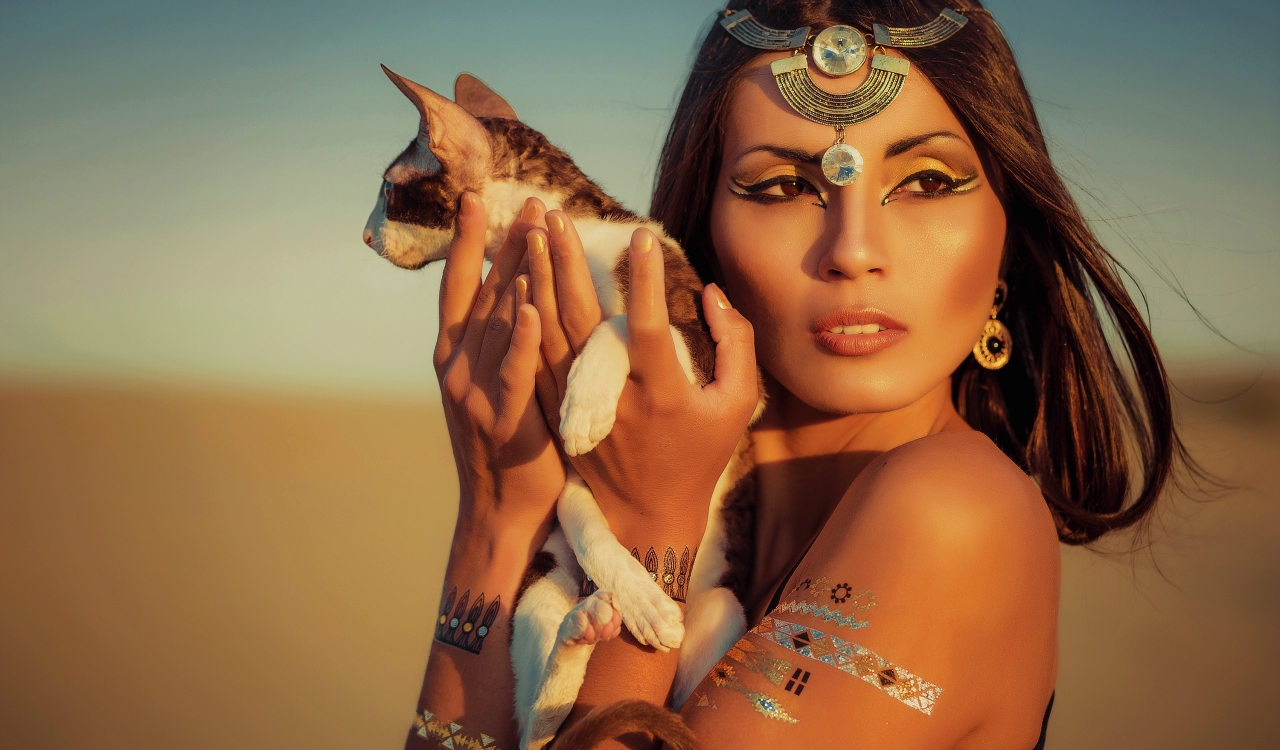 While there are quite a lot of cat breeds on the planet, the average house cat has been in our lives as humans for as long as most of us can remember. Even if you never owned a cat yourself, you might have had a friend that did. It’s such a common pet that no one really bats an eye at having one, but when did we start domesticating cats? Science now has the answer.

Humans began settling in the Fertile Crescent, or the areas of the Middle East surrounding the Tigris & Euphrates Rivers, roughly 10,000 years ago. It was a time when we made the switch from hunter-gatherers to farmers, and it just so happened that this caused a big need for humans.

Rodents became a huge problem for early farmers, as they would get into our crops and either eat them up entirely or ruin them. Yet there was this nice little animal out there that enjoyed eating these rodents. Early cats became such an asset that humans made them part of their lives.

For a long time, we’ve claimed dogs were man’s best friend. However, we might need to consider this title for cats instead. Early humans developed a close bond with cats due to the help they provided. A new study at the University of Missouri found that this lifestyle tradition for humans was a catalyst that sparked the domestication of cats.

Humans began to travel the world after a while, and they’d even take their feline friend with them when they did. Feline geneticist Leslie A. Lyons & endowed Professor of Comparative Medicine in the MU College of Veterinary Medicine, Gilbreath-McLorn, collected and analyzed DNA from cats in and around the Fertile Crescent.

They also collected DNA from cats throughout Europe, Asia, & Africa and then compared all of them to 200 different genetic markers. Regarding the results of their findings, Lyons claimed:

“One of the DNA main markers we studied were microsatellites, which mutate very quickly and give us clues about recent cat populations and breed developments over the past few hundred years. Another key DNA marker we examined were single nucleotide polymorphisms, which are single-based changes all throughout the genome that give us clues about their ancient history several thousands of years ago. By studying and comparing both markers, we can start to piece together the evolutionary story of cats.”

Lyons added that while horses and cattle have seen various periods of domestication in different parts of the world at various periods in time, her analysis of feline genetics in the study supports the theory that cats were likely first domesticated ONLY in the Fertile Crescent before migrating with humans worldwide.

Cat Domestication & Use As Genetic Model For Disease

After feline genes are passed down to kittens throughout generations, the genetic makeup of cats in Western Europe is now way different from what we see in cats throughout Southeast Asia. This is a process known as “isolation by distance.”

It is similar to the reason animals in Australia look so different compared to other animals around the world. Many might be connected on a genetic level to the Aussie animals, yet they look very different in spite of this.

“We can actually refer to cats as semi-domesticated because if we turned them loose into the wild, they would likely still hunt vermin and be able to survive and mate on their own due to their natural behaviors. Unlike dogs and other domesticated animals, we haven’t really changed the behaviors of cats that much during the domestication process, so cats once again prove to be a special animal.”

Lyons has been researching feline genetics for more than 30 years now, and it’s clear that studies like this also support her broader research goal of using cats as a biomedical model to study genetic diseases. Many diseases impact both cats and people, such as polycystic kidney disease, blindness, and even dwarfism.

Therefore, she has a point that it might make sense to study cats in these areas, especially when they have been living alongside us for so long. Regarding this issue, Lyons claimed:

“Comparative genetics and precision medicine play key roles in the ‘One Health’ concept, which means anything we can do to study the causes of genetic diseases in cats or how to treat their ailments can be useful for one day treating humans with the same diseases. I am building genetic tools and genetic resources that ultimately help improve cat health. When building these tools, it is important to get a representative sample and understand the genetic diversity of cats worldwide so that our genetic toolbox can be useful to help cats all over the globe, not just in one specific region.”

It’ll be interesting to see what comes of this and if we can look to cats for possible answers that we were unable to find in humans previously.