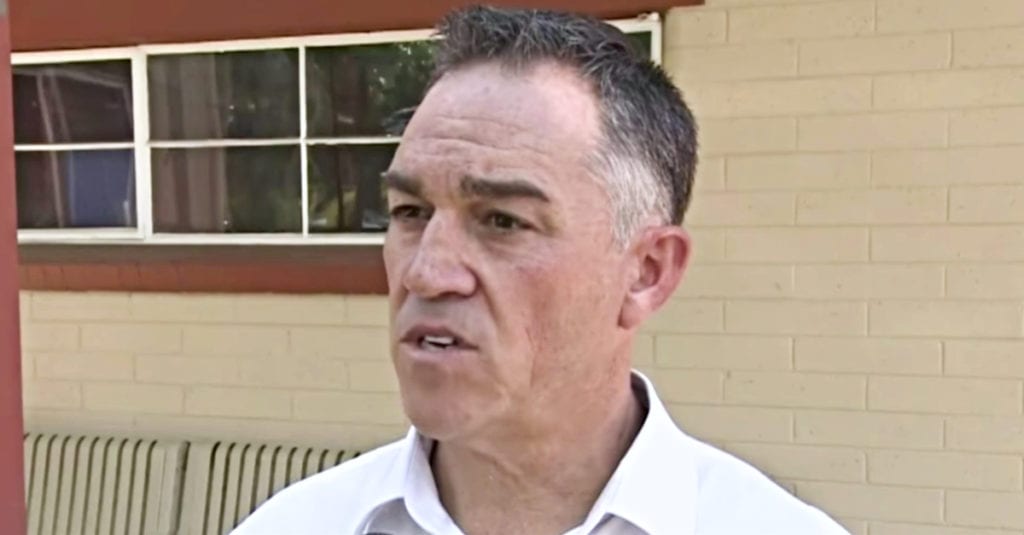 When the administrator of his daughter’s school let slip the real reason why they had singled her out, he stood with his mouth open in utter disbelief. After a few seconds of listening to them berate his daughter, he decided that enough was enough. He rolled up his sleeves and readied himself for a fight.

Tony Alarcon wasn’t a man to take things lying down. As a successful investment banker and real estate mogul, he was used to getting his way. The things his daughter’s school was saying about his little girl were completely unacceptable. And when he saw her tearstained face, he knew he had to use all his resources to make things right.

Tony’s daughter, Demetra, was mortified that she had been singled out that day. Although schools differ in their dress code policies, Demetra’s school didn’t insist on a uniform. All they asked was that what the students wore to school was modest. But when Demetra picked out that cute little outfit one sweltering Californian morning, she never expected her clothes to cause such a stir.

Raymond J. Fisher Middle School is located in Los Gatos, California. On this particular day, it was 90 degrees and rising. In the first period, the teacher called Demetra out in front of everyone. Then, the principal called her father. He gave Tony two options. One, he could come and fetch Demetra immediately, or two, he could bring her a change of clothes. But Tony hadn’t noticed anything untoward about Demetra’s outfit today – and he was the one who had dropped her off that morning!

Seething, Tony decided to bring Demetra a change of clothes — a plain tank top and a pair of denim shorts. He drove to the school and found his daughter waiting at the gate in tears. After Demetra had changed out of the offending outfit and into something else, the principal again said that her clothes were inappropriate. Tony asked the school’s administrator exactly what the problem was. He even made Demetra bend over to demonstrate that her shorts were covering her adequately.

The school administrator then went on to explain that the dress code violation had nothing to do with modesty and everything to do with length. She stammered that the romper Demetra had worn and the denims that Tony had picked out didn’t pass the “fingertip test.” But Tony knew that wasn’t the real reason. Tony argued that the other girls in Demetra’s class were wearing similar outfits — why weren’t they being pulled from class for wearing shorts and tank tops?

The administrator explained that the “fingertip test” is the standard that the pupils of the school had to adhere to. Tony asked Demetra to relax and let her arms fall to her sides so that he could see for himself. But the shorts’ hem fell just below her extended fingertips. Seeing that the furious father wasn’t going to accept this explanation, she quickly came up with another one. But when he heard it, Tony saw red.

The administrator regretted the words that came out of her mouth instantly. Ha! Tony thought. Now he knew the real reason why the school had such a problem with the way his daughter dressed. And he wasn’t going to take it lightly. The reason for his daughter’s tears wasn’t that the school had a certain image to adhere to, or that she was dressed immodestly. It was because she could be a distraction to the boys in her class.

Cover Up, Or Get Out

Then, the administrator said that the only way Demetra would be allowed to attend her classes was if Tony fetched her some leggings to cover herself up with. In the 90-degree heat! Demetra and her father couldn’t believe the unfairness of it all. Demetra felt like she was being picked on, and her father agreed with her. This school was about to get schooled.

Not The Only Offender

Keeping his anger at bay, he pointed out that he’d noticed other students while he was in the parking lot who were definitely not following the rules. He said that the girls, and his daughter, in particular, were being watched far more than the boys. How could this be fair? Then, he raised another important point. On a day this hot, how could the girls wear leggings? He argued that the school’s dress code clearly didn’t allow for hot weather.

Tony said that wearing shorter, lighter clothing is a simple issue of being comfortable in the heat. The fact that his daughter couldn’t be comfortable due to distracted boys was unacceptable to him. And he wasn’t about to simply let it go. Tony decided to use his influence as a well-known public figure to get the media involved.

Taking It To The Media

The angry dad appeared on Today and a few other local news reports. He had the money and inclination to make himself heard. He voiced his concerns, but his biggest was how the school had made her feel that day. He stated that a girl of her age only wants to be comfortable, nothing more. His daughter had been mortified when she had been pulled from class because of what she wore. But would Tony win the fight?

When asked what the solution to the school’s outdated dress code would be, he proposed that it wasn’t up to the teachers to decide what they did and didn’t feel was appropriate. He said that the decision should lie solely with the students’ parents. With his opinion gaining traction, Tony decided to go public. He proposed reasonable amendments to the school’s dress code, stating that “underwear and midriffs could not be visible” and that there should be “no shirts with spaghetti straps.”

While most people were supportive of Tony, saying that he was uncovering the issue of body image and the objectification of girls, some said that if teenagers were allowed to wear what they wanted the education system would fall into chaos. One dad had caused such a stir that soon everyone was talking about the hot-button topic.

It wasn’t long before the school decided to respond to Tony’s accusations. They stated that the dress code was in place in order to establish guidelines for “reasonable decorum.” Tony, not backing down, was adamant that the school had completely overreacted to his daughter’s clothes. Principal Fraser finally decided to hold a meeting and conceded that some compromises needed to be made. What those changes will be, only time will tell. But Demetra wasn’t the only teen to shake up dress code policies in the education sector.