The Apollo 11 spacecraft was launched by a powerful rocket called the Saturn V. The American led Space program landed on the moon on July the 20th, 1969. The Saturn V, beast launched all Lunar missions and stood as tall as a 36 story building. There were three stages to the program, each would fall away when the tank had run dry.

How the Saturn V Rocket Worked

Click the image below to see a larger, more legible version.

From the Kennedy Space Center in Florida, here’s a look at the First Stage.  The first stage was the height of a 10 story building.  When it was filled with fuel, it made up half the weight of the rocket.  Six moving vans could easily fit inside its cavernous tanks.

Note the guy holding up a banana for scale*.  It was huge (the rocket, not the banana). 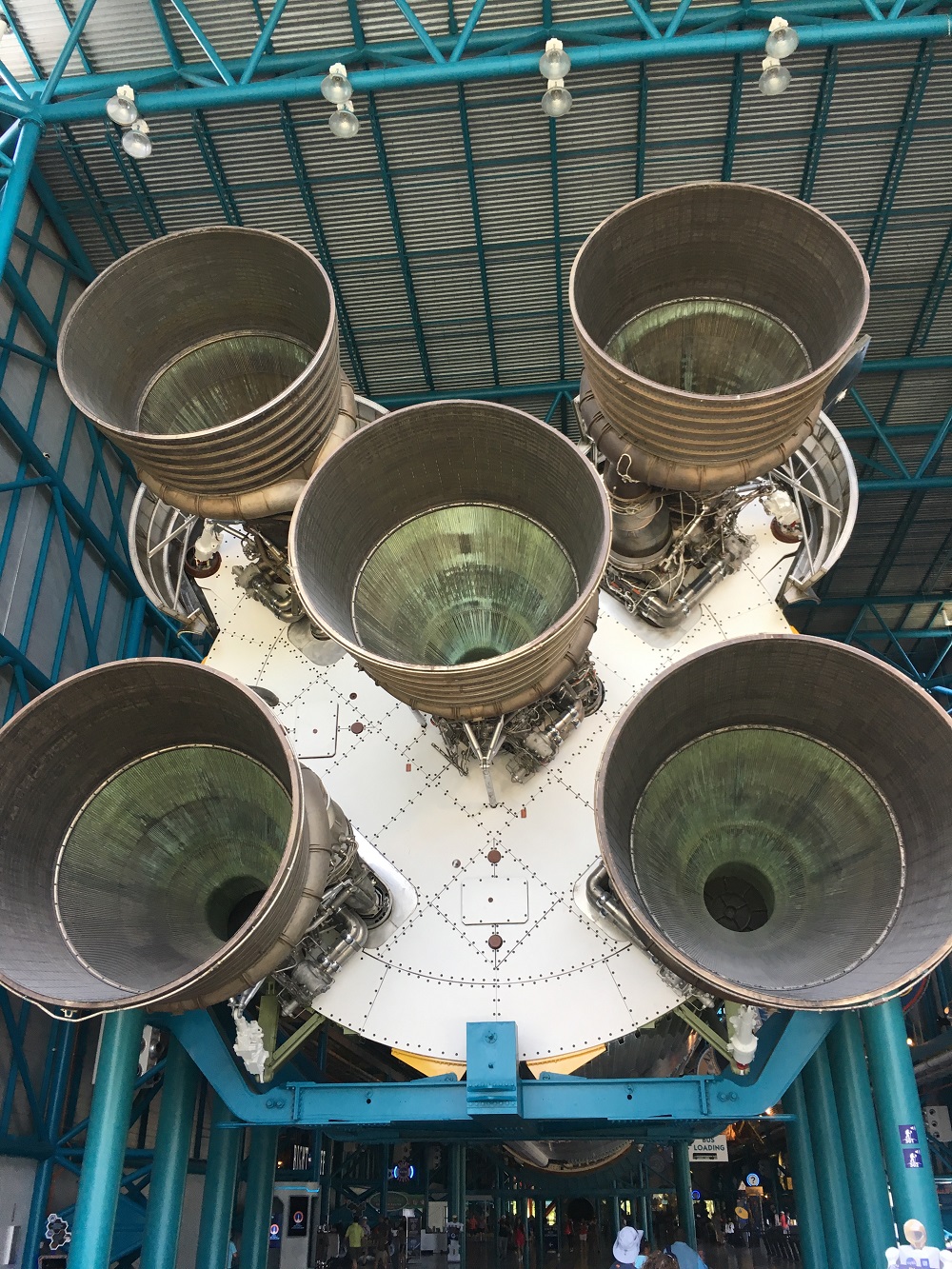 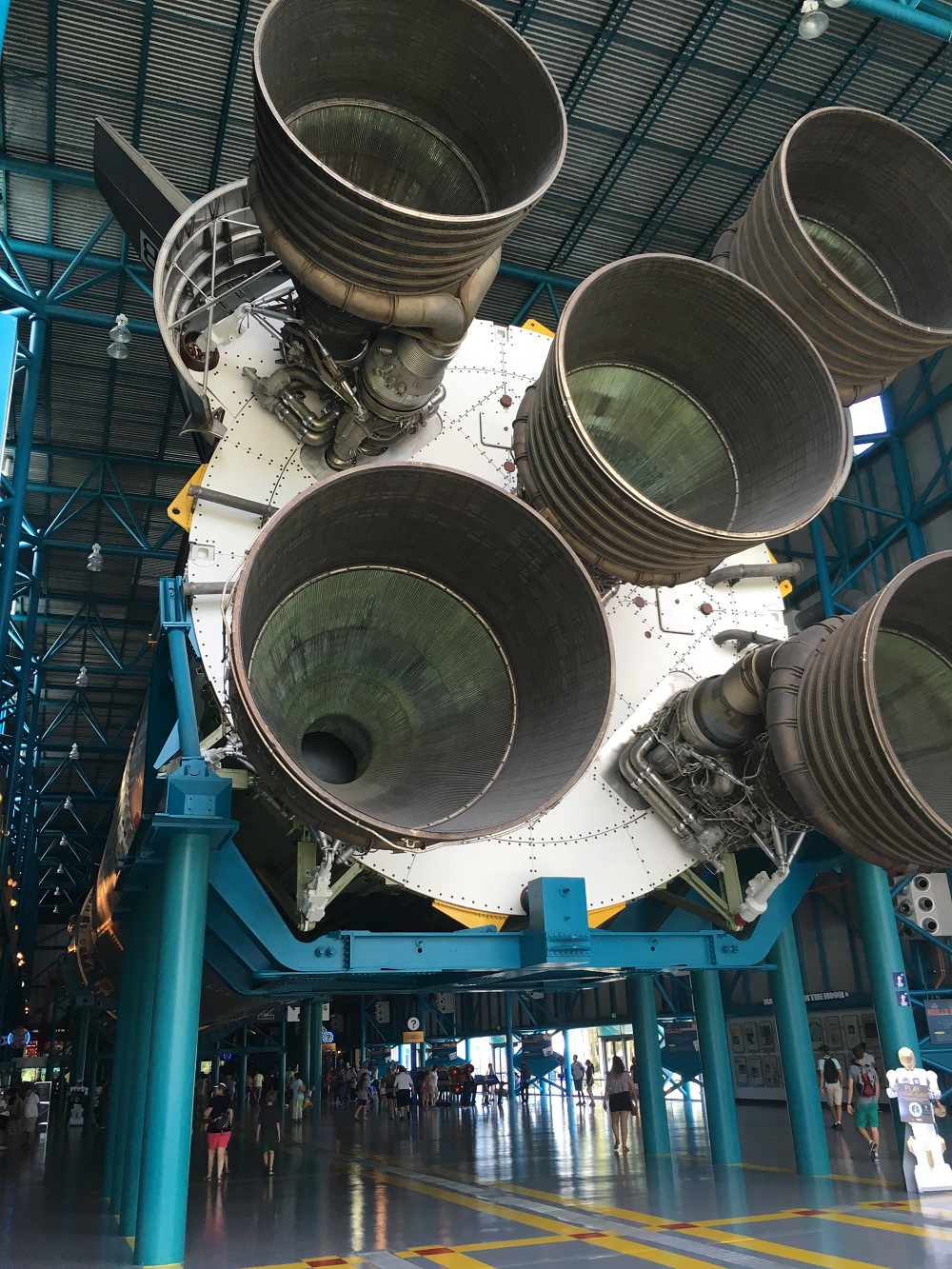 The Saturn V that launched the Skylab space station only had two stages. The Saturn V rockets used for the Apollo missions had three stages.

Each stage would burn its engines until it was out of fuel and would then separate from the rocket. The engines on the next stage would fire, and the rocket would continue into space.

The first stage had the most powerful engines, since it had the challenging task of lifting the fully fueled rocket off the ground. The first stage lifted the rocket to an altitude of about 68 kilometers (42 miles). The second stage carried it from there almost into orbit. The third stage placed the Apollo spacecraft into Earth orbit and pushed it toward the moon. The first two stages fell into the ocean after separation. The third stage either stayed in space or hit the moon.  (Source:  NASA) 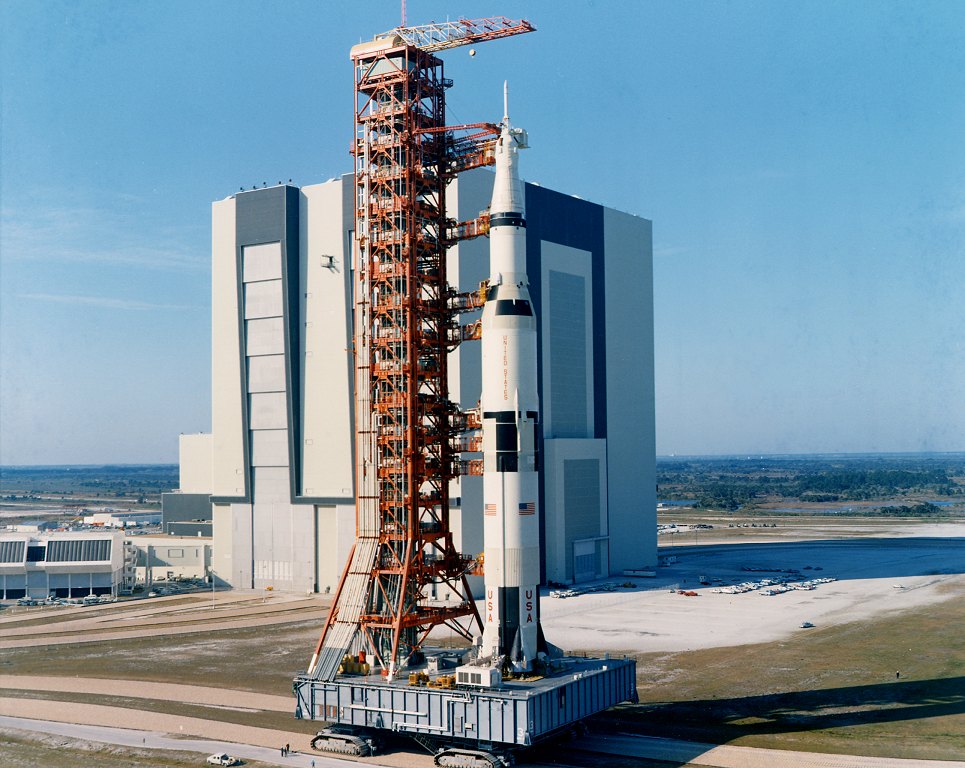 The Saturn V rocket during rollout for Apollo 1

A total of 13 Saturn V rockets were launched from 1967 until 1973.   One of the rockets is displayed at the Kennedy Space Center, Cape Canaveral, Florida.